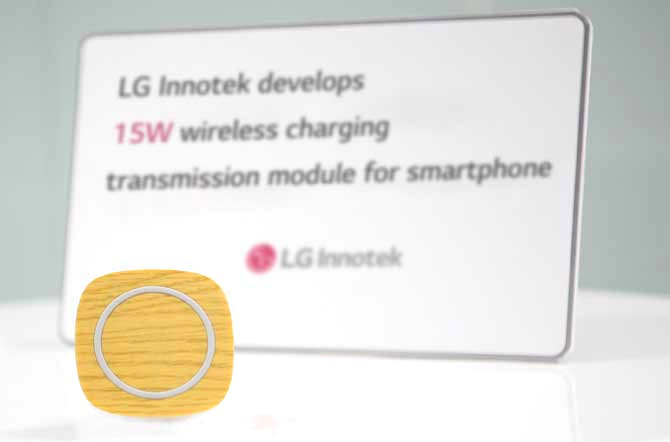 LG Innotek, one of the popular components and materials manufacturers has announced that it has developed 15-watt transmission modules for wireless power charger that can supply the same amount of power supplied by wired chargers. It promises to supply power to charge a fully discharged battery up to 50% within 30 minutes.

It interoperates with the 9-watt receiving modules that were recently supplied along with WPC 15W or PMA 5W. It also follows the standards of both World Wireless Power Consortium (WPC) and AirFuel Alliance. The company has secured quality at the level of automotive electronic parts under a strategic alliance with developers of the world’s major power chipset manufacturers.

LG Innotek plans to start its mass production of the 15-watt transmission module within this year.