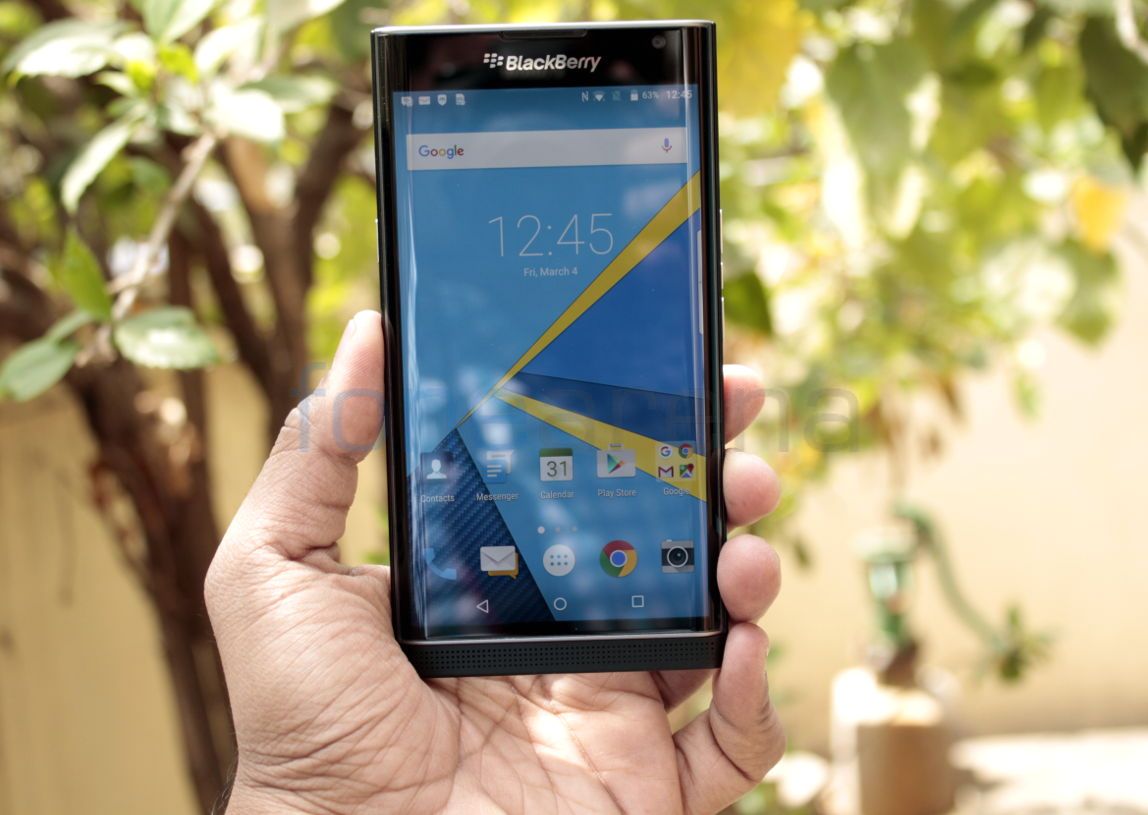 BlackBerry introduced its most expected flagship Priv smartphone running Android back in October last year. It was launched in India earlier this year at a price tag of Rs. 62,990. Mainly targeted at Business users who prefer Android, this is the first Android smartphone from BlackBerry that also has a slide-out physical keyboard that you rarely see on Android smartphones. How good is the smartphone? Let us find out in the review. 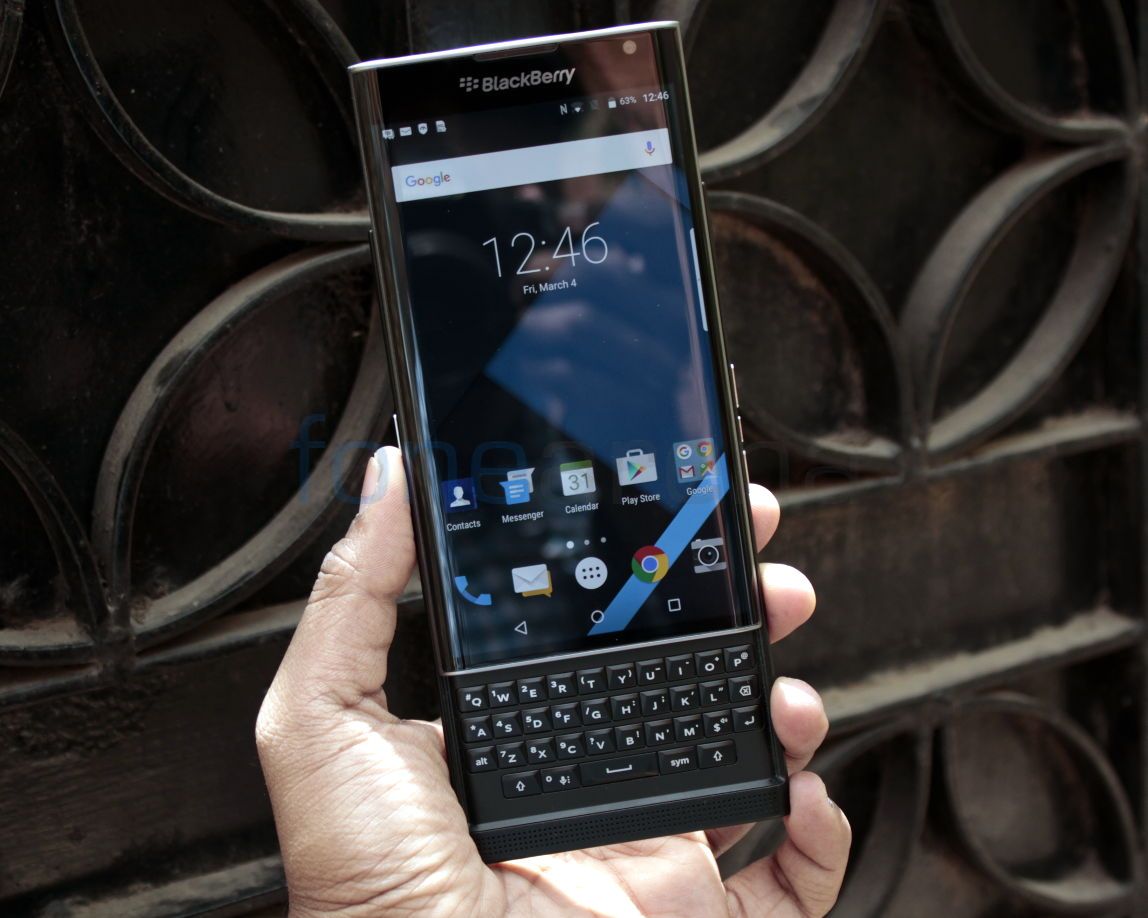 The BlackBerry Priv has a 5.4-inch Quad HD AMOLED display at a resolution of 2560 x 1440 and a pixel density of 540 PPI. The display is bright, has good viewing angles, offers vibrant color output and the sunlight visibility is good as well. Blacks are perfectly black, thanks to the AMOLED panel. It has 2.5D curved Corning Gorilla Glass 4 protection on the front. The display is prone to smudges, but it is not glossy. Even though the display is curved and it is very smooth to touch, it doesn’t slip out of the hands easily. When the slider is closed, it is 147mm tall, which is good for a phone with a phone with a 5.4-inch screen, but the slider keyboard makes it taller at 184mm. 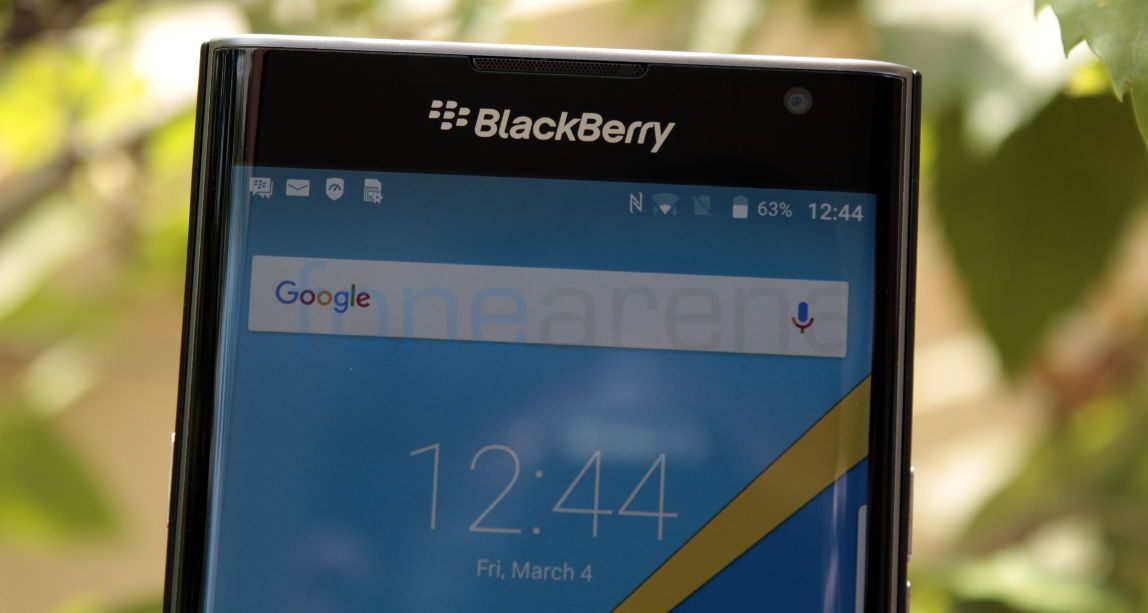 On the top there is a 2-megapixel camera with f/2.8 aperture. Images from the front camera are average and doesn’t have much details, especially in low lighting conditions. It has the usual set of proximity and ambient light sensors next to the earpiece and there is also a notification LED. 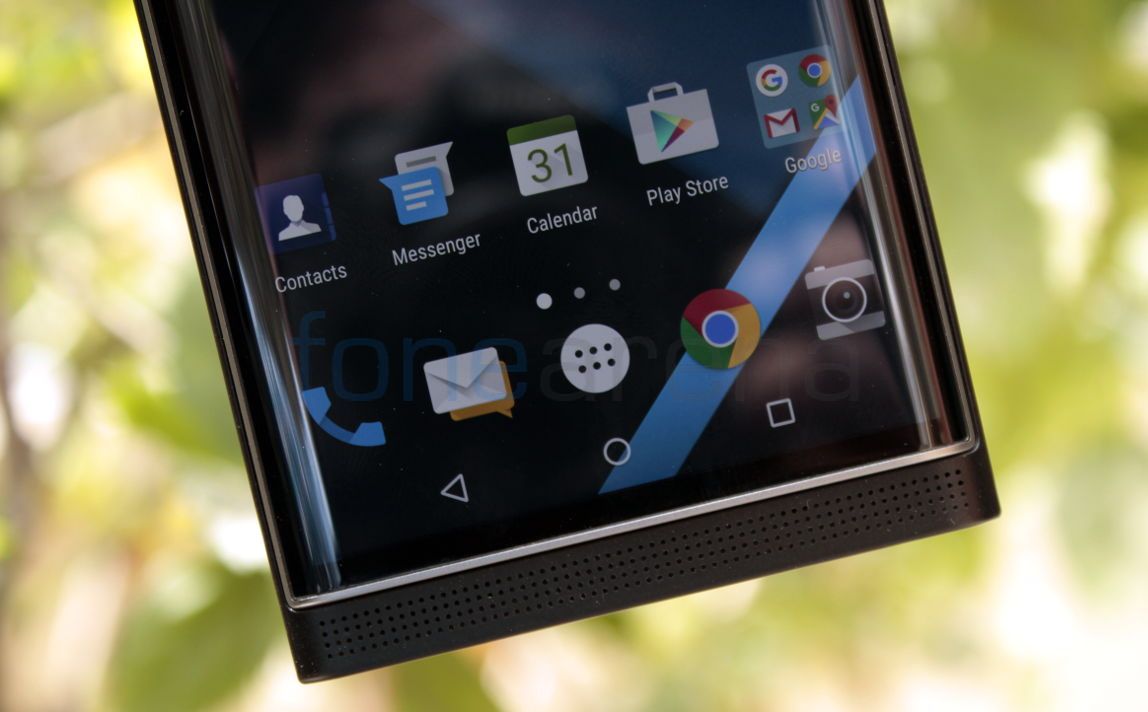 The phone has on-screen buttons and doesn’t have any physical or capacitive touch buttons on the front. The speaker grill is present below the display, which also houses the microphone. The phone is 77.2mm wide, which is not wider compared to Moto X Force that also has a 5.4-inch screen. 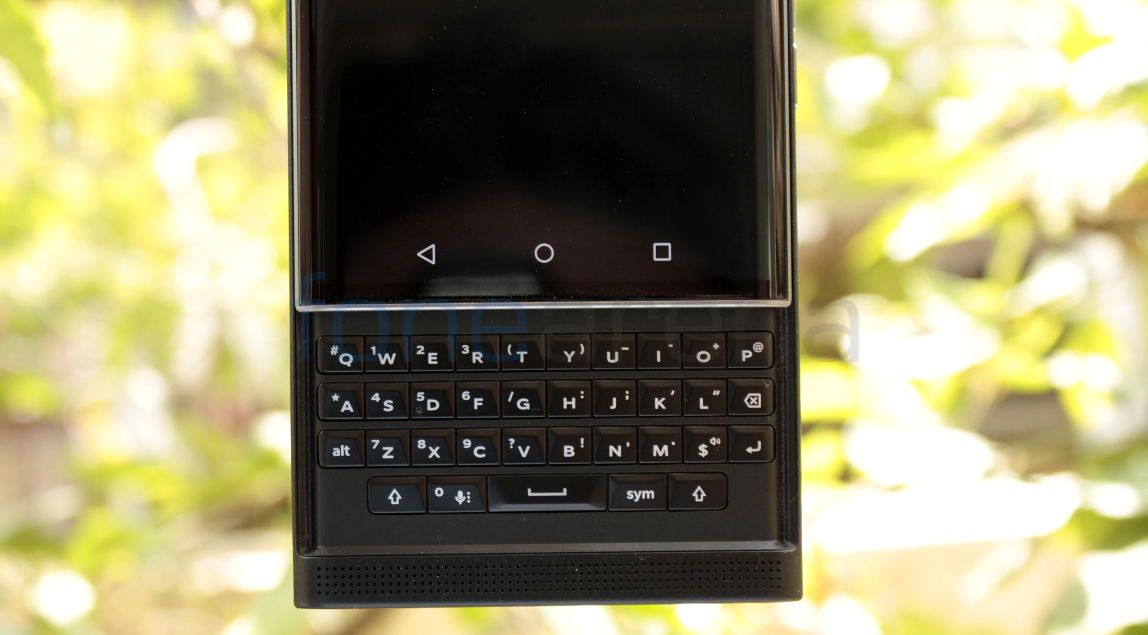 The phone also has a 4-row slider keyboard that you hardly notice when it is closed. This is useful for business users who type a lot of emails. The keyboard also has gestures, like the BlackBerry Passport, which comes in handy when scrolling through a long web page. They keys might be small if you have huge hands, but these are well-spaced for normal users so it is easy to type. It even offers prediction, but it is not consistent and doesn’t show up in all the apps.

The power button is present on the left side, volume rockers are present on the right, with the mute button in the center. All these buttons have metal finish. The micro USB slot and the 3.5mm audio jack are present on the bottom. It is 9.4mm thick, slightly thicker than most of the smartphones, mainly due to the slider keyboard, but achieving this thickness even with the keyboard is really good. 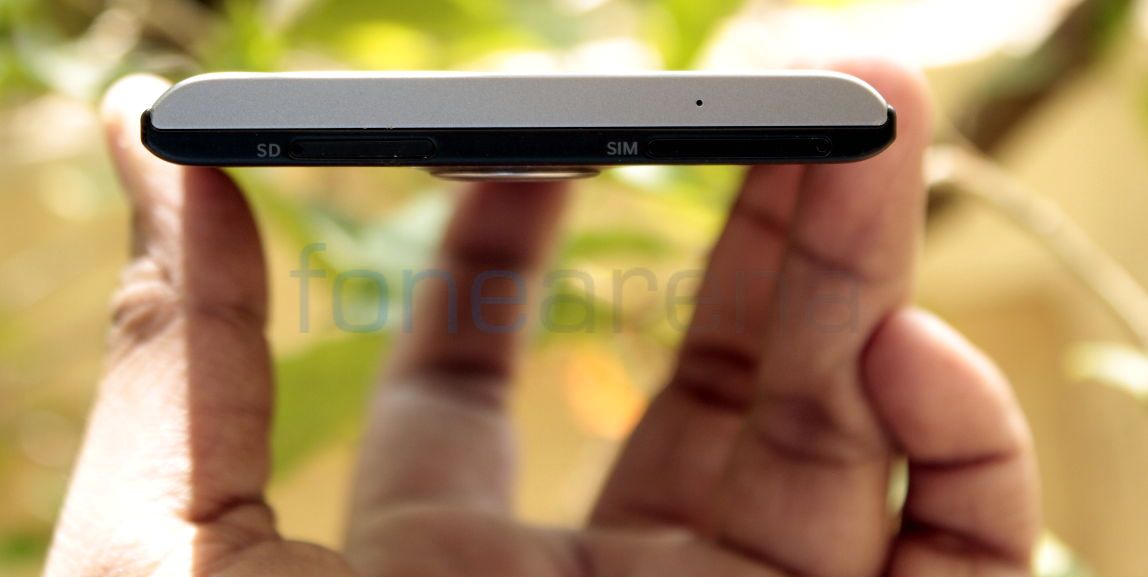 On the top there is nano SIM and a microSD card slot. Wish it had dual SIM support, since most flagships have started supporting it. The microSD slot supports cards up to 2TB. 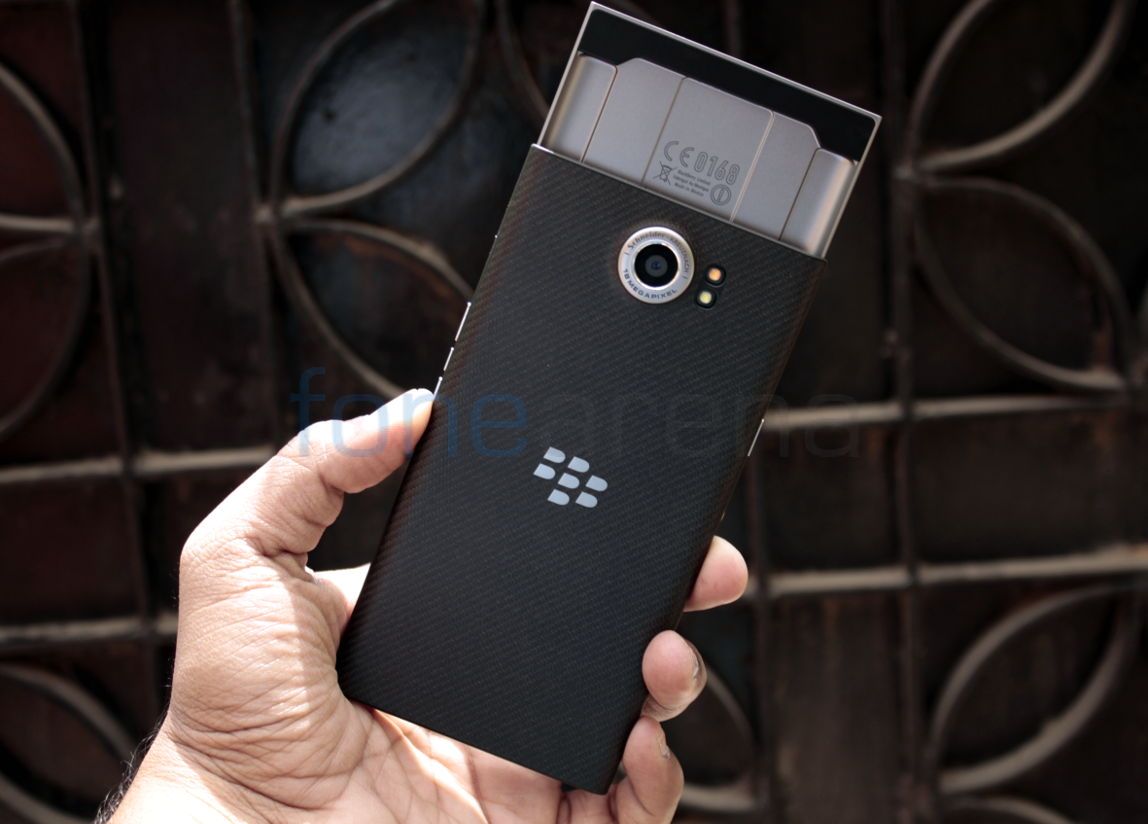 The back has a Carbon/Kevlar texture, which doesn’t attract fingerprints. The slider has an aluminium build. On the back there is a 18-megapixel camera with dual-tone LED flash. Overall, the smartphone has a good build quality, but it is quite heavy at 192 grams. 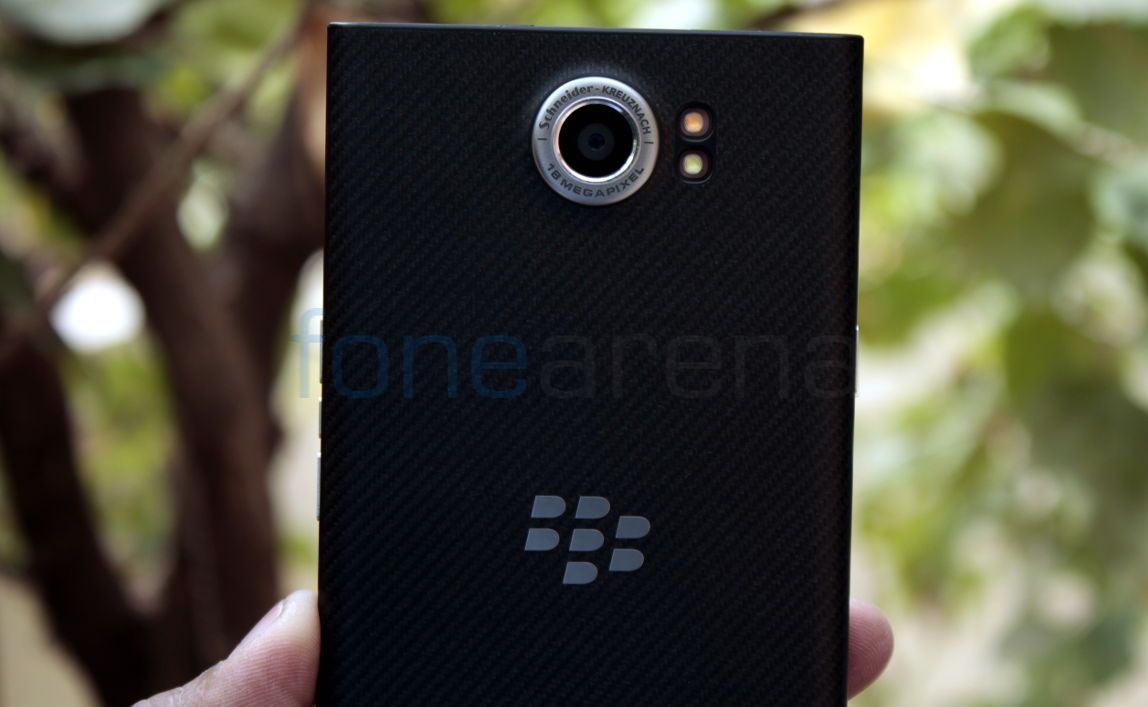 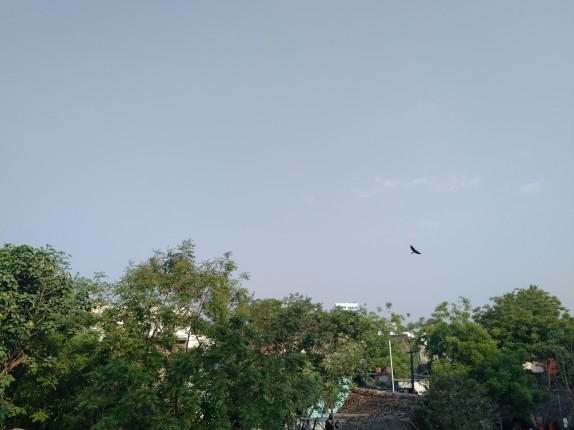 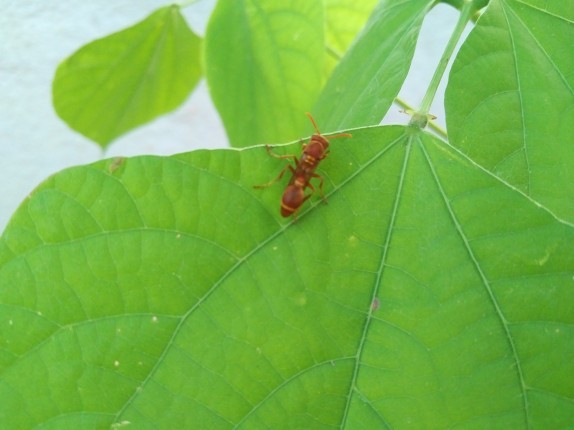 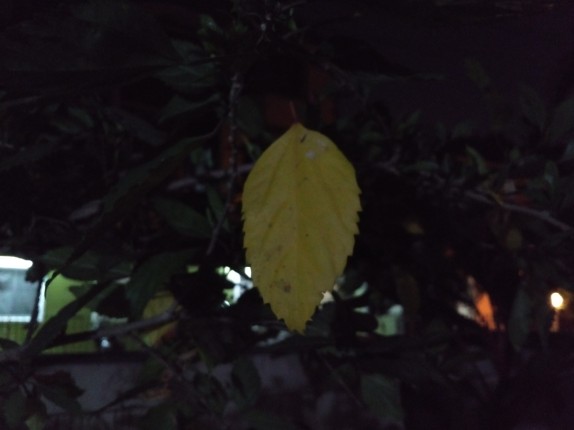 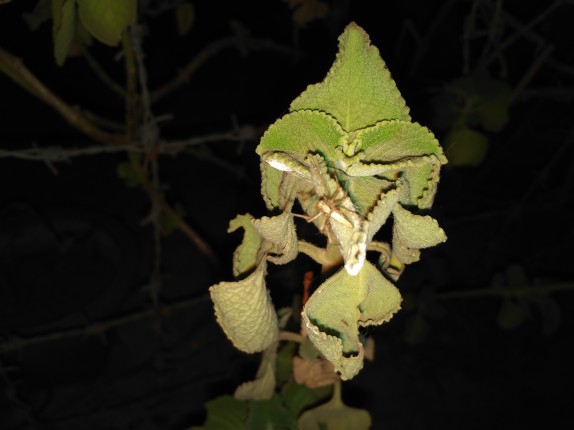 Check out the complete set of BlackBerry Priv camera samples here. It can record videos at a maximum of 4K UHD ( 3840 x 2178 pixels) resolution at 30 fps, 1080p full HD resolution at 60 fps and can also record slow motion 720p video at 30 fps. Video is decent with good details. Audio is crisp since it has a secondary microphone. Check out the video samples below. 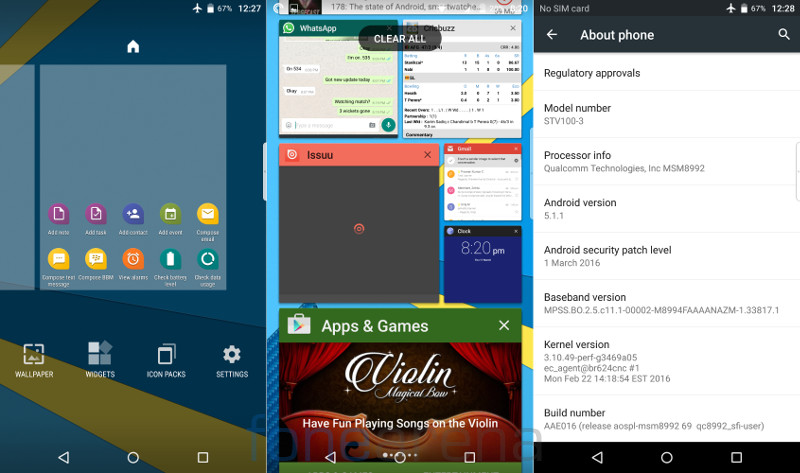 It runs on Android 5.1.1 (Lollipop) update, which is almost stock with several custom features added by BlackBerry. It also lets you add icon packs and the multitasking menu has recent apps that are arranged as a deck, similar to the BlackBerry 10, but you will have to slide the cards on the sides. Even though BlackBerry is the first third-party OEM to push out monthly Android security patches after the Nexus devices, the company doesn’t say when the Priv will get the Android Marshmallow update. 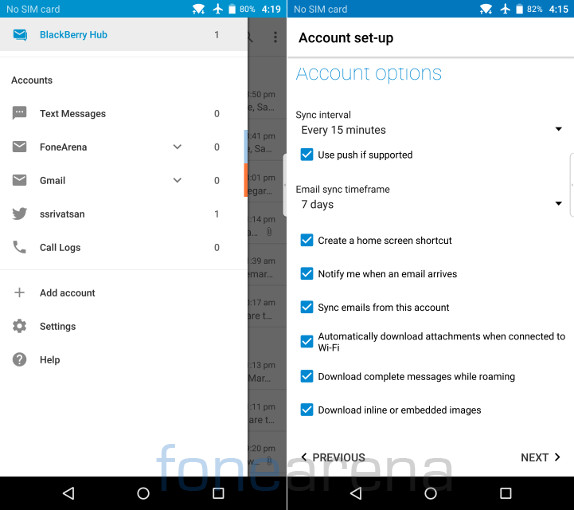 It also has BlackBerry hub that is familiar for BlackBerry OS users. It shows text messages, email and Twitter in a single screen, which is useful. 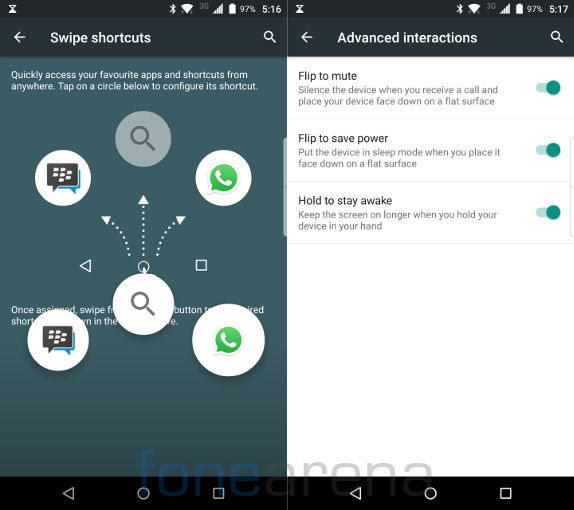 It also has swipe shortcuts that lets you swipe left, right or middle from the on-screen home button to open apps easily. It also has universal search that lets you search through the contacts, messages or apps. Other features include, Flip to mute, flip to save power and stay awake when you are holding the phone. 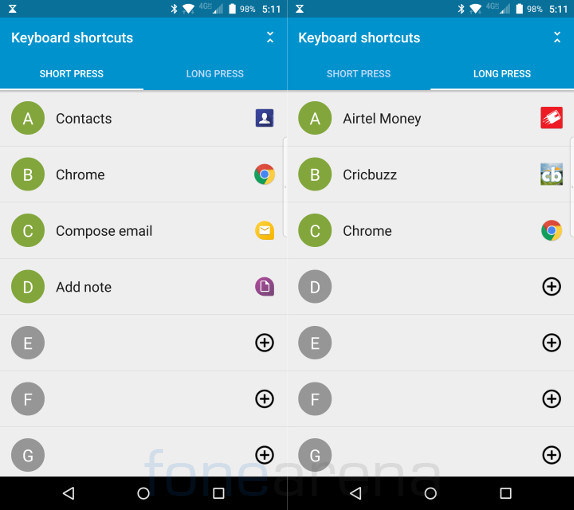 Since the phone has a physical keyboard, you can set long short press and long press keyboard shortcuts, which comes in handy if you are opening the app. You can also press the space-bar in the keyboard to quickly unlock the screen. 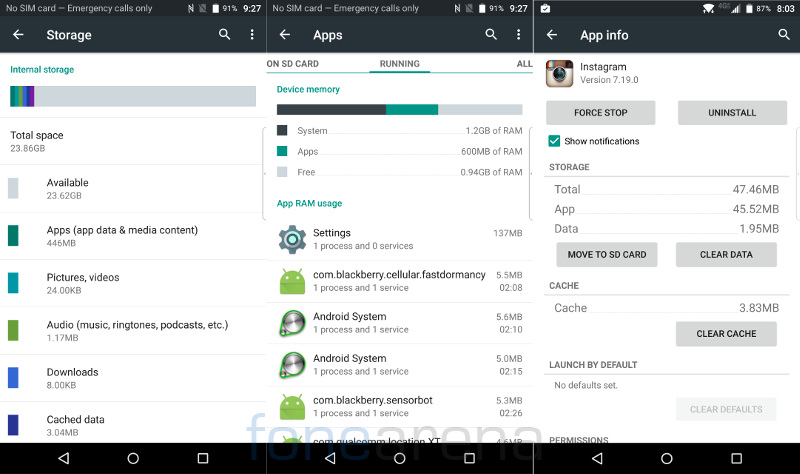 Out of 32GB of storage, you get 23.8GB of usable space. Out of 3GB RAM, you get 2.8GB of usable RAM, out of which just about 1GB of RAM is free when the default apps are running in the background. You can also move the apps to SD card when you insert one. 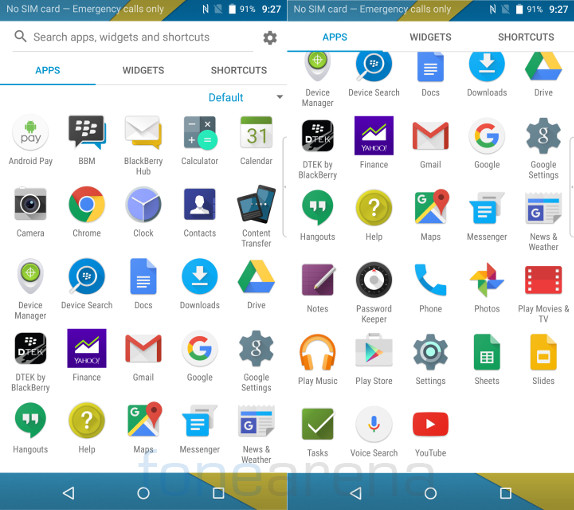 Apart from the usual set of apps and Google apps, it has BBM, BBM Meetings, BlackBerry Password Keeper, DTEK by BlackBerry for Android that lets you know when your privacy could be at risk so you can take action to improve, Notes, Tasks and Yahoo! Finance. 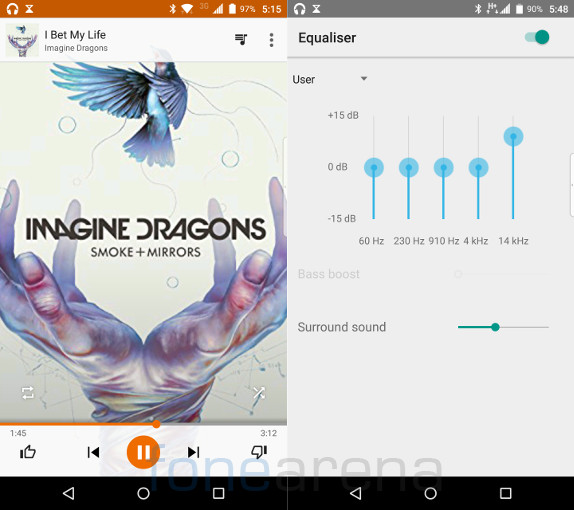 Google Play Music is the default music player, which can play several formats. It also has equalizer and also lets you enable surround sound when you insert earphones, but boss boost did not work. The loudspeaker output is pretty good. Thanks to the placement on the front, audio doesn’t get muffled when the phone is placed on a flat surface. Audio through the earphones is also good, but it could have been better. Sadly the phone doesn’t have a FM Radio. 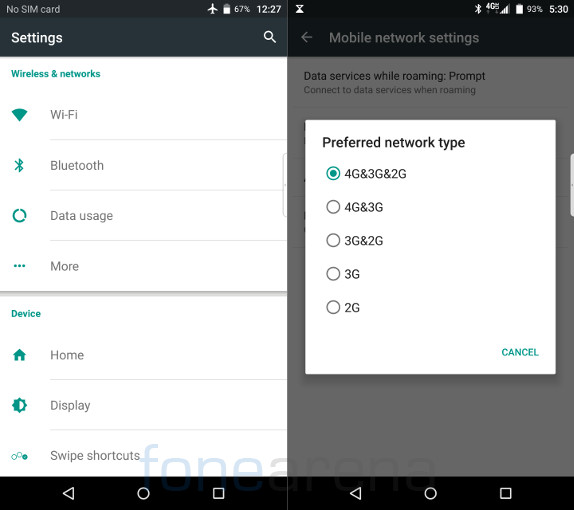 It has 4G LTE connectivity with support for several 4G bands, including support for both TDD-LTE Band 40 (2300MHz) and FDD-LTE Band 3 (1800MHz) for India. It has dual-band Wi-FI 802.11a/c MIMO, Wi-Fi Direct, Bluetooth 4.1 LE and also NFC. It supports Android Pay in some countries where it is available. Sadly the phone doesn’t have USB OTG support. Wish it had dual SIM support, since most business users prefer to use two SIM cards. 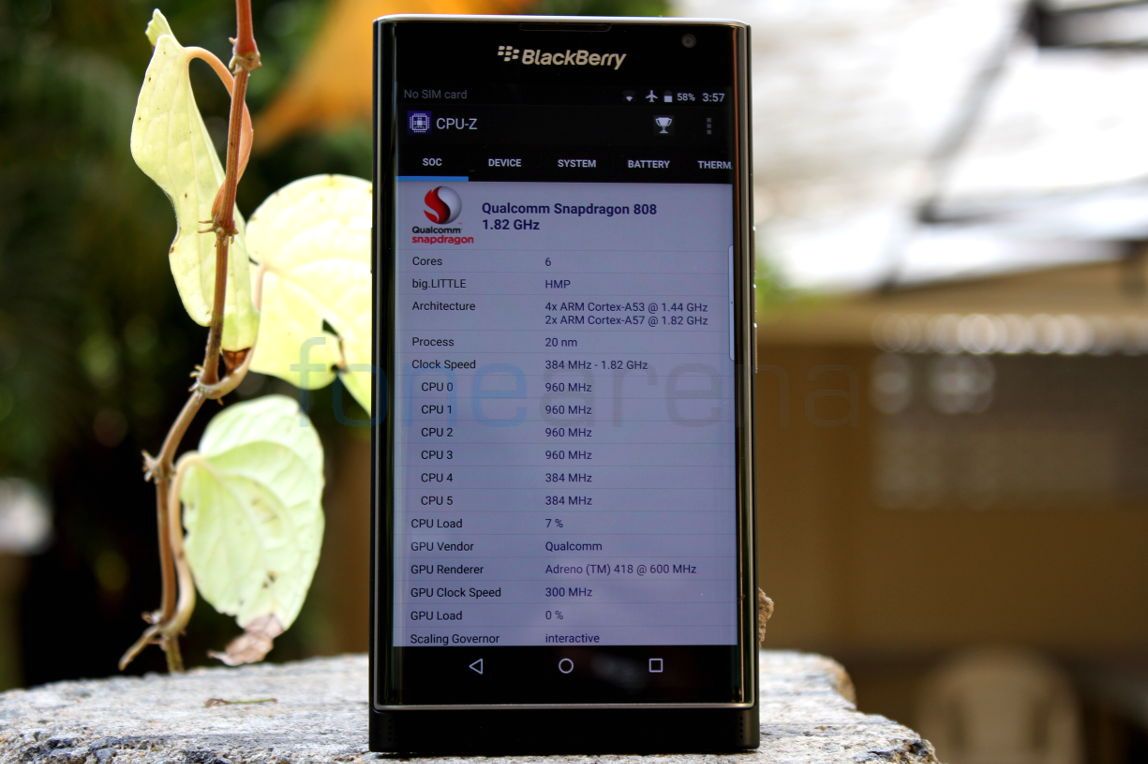 It is powered by a Hexa-Core Qualcomm Snapdragon 808 (MSM8992) 64-bit processor that has two bigger ARM Cortex A57 cores clocked at 1.88GHz per core and four smaller ARM Cortex A53 cores clocked at 1.44GHz per core. The performance is smooth without any lags,. Of course it gets a bit warm when using 4G and during intensive gaming, but it doesn’t get too hot. Thanks to 3GB RAM, multi-tasking is smooth. It is also more than enough to run several applications in the background, but the system and the system apps take up a lot of RAM. Even though the processor lacks two extra Cortex A57 cores compared to the Snapdragon 810, this is more than enough to power the smartphone and the Quad HD screen. Check out some benchmark scores. 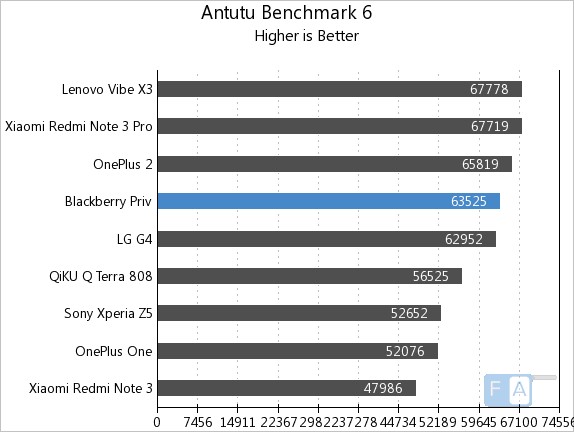 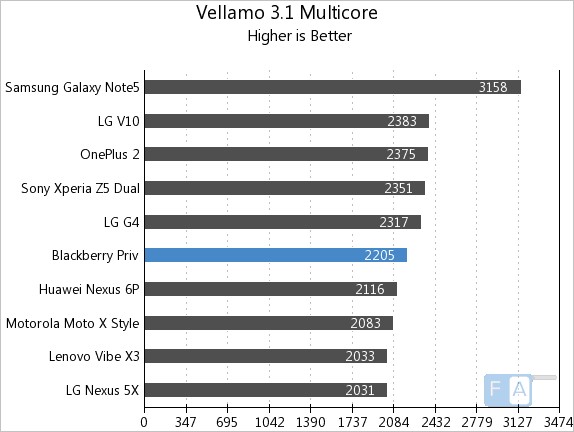 It scored 2205 points in the Vellamo 3.1 Multicore benchmark. 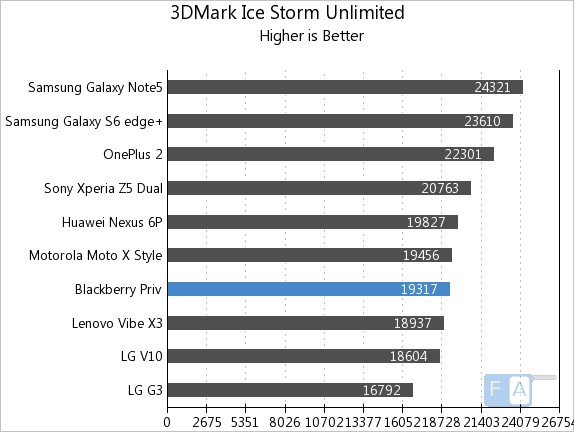 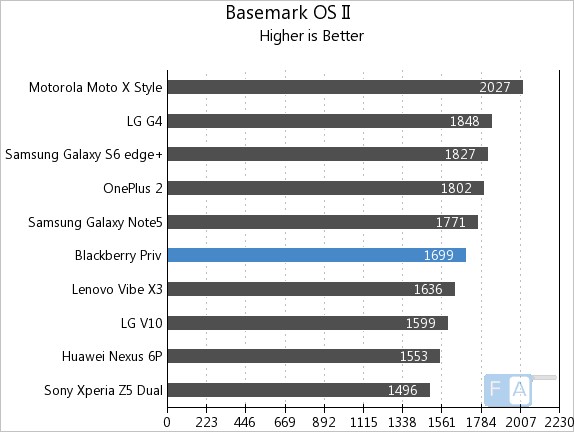 Check out the complete set of BlackBerry Priv benchmark scores here. The 600 MHz Adreno 418 GPU offers smooth gaming performance and good graphics. The Adreno 430 GPU definitely has an edge compared to Adreno 418 GPU when it comes to graphics in some high-end games, but this is good as well. 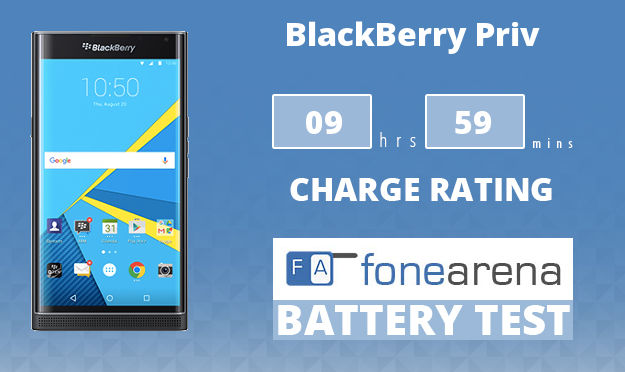 Coming to the battery life, the 3410mAh battery offers average battery life, which doesn’t last throughout the day. With heavy use it lasts for less than a day. It doesn’t have built-in wireless charging support. It has battery saver option that turns on automatically when you reach a certain threshold to extend the battery life and the game optimizer adjusts the video quality in games to save the battery. 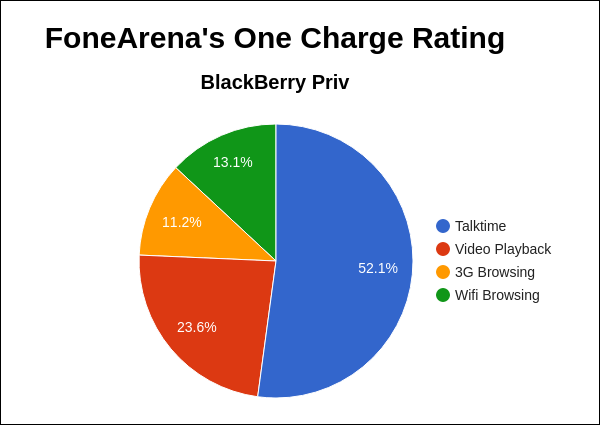 It supports Qualcomm’s Quick Charge 2.0 for faster charging. It achieved a One Charge Rating of 9 hours and 59 minutes in our battery test, mainly due to the brilliant talk time, but it’s not the best. Check out the complete set of BlackBerry Priv’s battery life test results here.

At a price tag of Rs. 62,990, the BlackBerry Priv is definitely costly phone to get in India for its specifications, even though it has a hardware keyboard that is not available on any other Android smartphones. The performance it good and the camera and the battery life could have been better. If you are into BlackBerry ecosystem, need a hardware keyboard and is ready to spend the amount, go for it. To summarize, here are the pros and cons of the smartphone.