Worldwide tablet shipments is expected to decrease by 5.9% in 2016, to 195 million units, according to a latest report from the International Data Corporation (IDC) Worldwide Quarterly Tablet Tracker forecast. 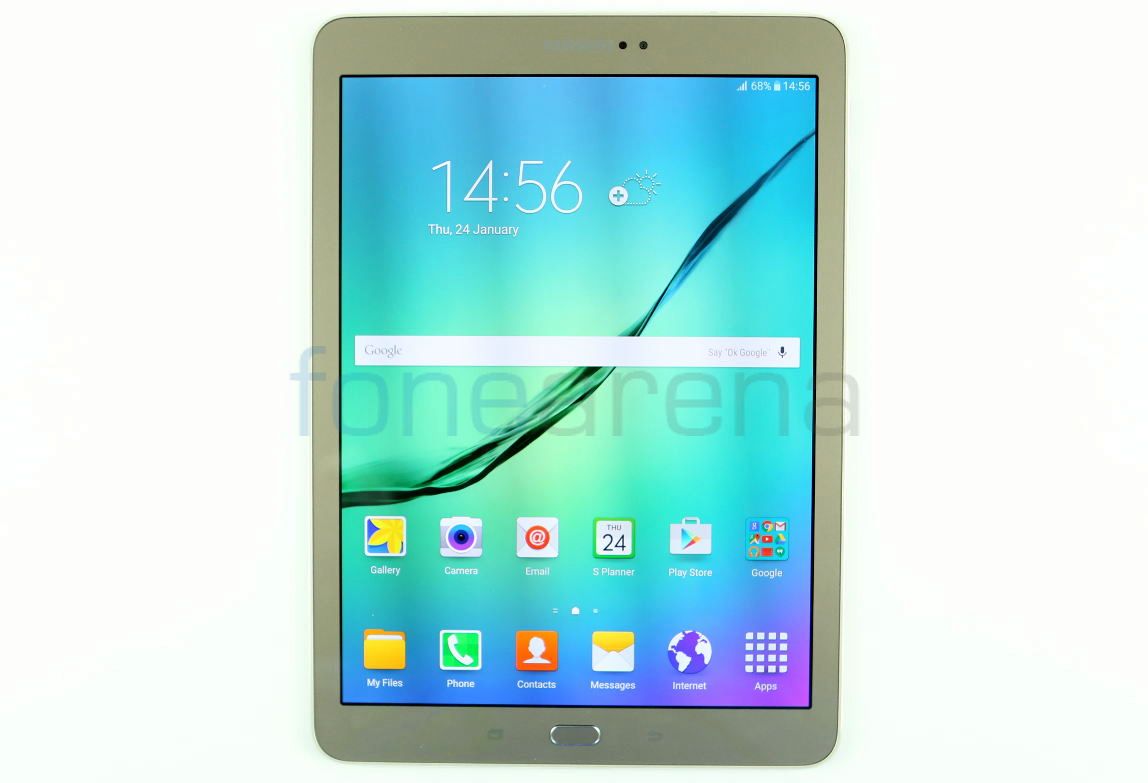 The research firm expects that the overall market will return to positive single digit growth owing to growing demand for detachable devices. The hybrid tablets aka 2-in-1 devices are expected to grow from 16.6 million shipments in 2015 to 63.8 million in 2020. The shift from tablets to detachables will bring along two other changes to the tablet industry. First devices with screen sizes 9 inches and above will experience growth throughout the forecast while those under 9 inches will decline. Next up, the research firm said that Microsoft-based devices grab share from the other platforms, mostly Android. 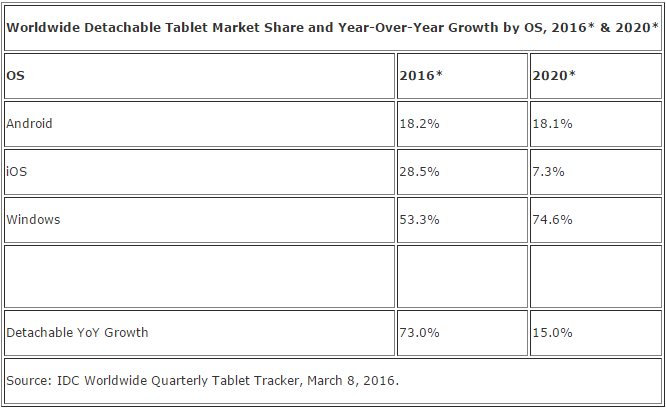 Beyond the growing demand for detachable devices, we’re also witnessing an increase in competition within this segment that will help drive design, innovation, and a decline in average prices. At the latest Mobile World Congress, we saw new entrants, like Alcatel and Huawei, coming from the mobile space and expanding their portfolio to address the demand for detachables. Everyone in the industry recognizes that traditional personal computers like desktops and notebooks will potentially be replaced by detachables in the coming years and this is why we will see a lot of new products being introduced this year.

This momentous shift in form factor will bring along the first significant impact of Windows-based devices that the tablet market has seen,”  “Windows 10 seems to be making headway in both the PC and tablet markets, mainly driven by devices with larger screen sizes. Despite the free licensing on products under 9 inches the growth for Windows-based tablets will be primarily on devices with displays between 9 and 13 inches. Until we see a day where touch is introduced for Mac OS X and inroads are paved to bring Android and Chrome more closely aligned, we believe Windows remains the logical choice for detachable products.