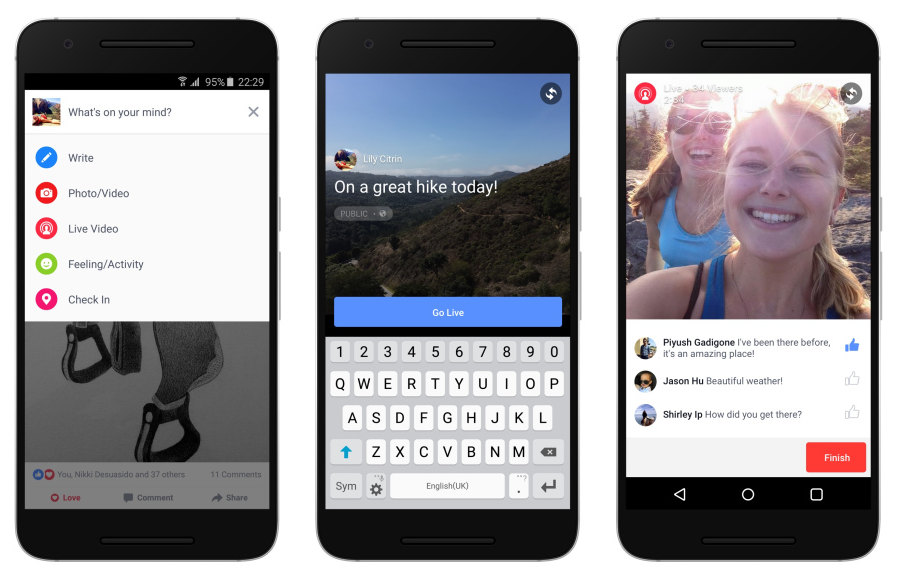 “Now people in more than 30 countries can share live video via iOS. You can discover live videos from your friends and public figures you follow right in News Feed. While watching a live video, you can tap the Subscribe button to get notified the next time the broadcaster goes live,” said the company.

Facebook live video will allow you to share a live feed from the phone’s camera by tapping the Update Status and selecting the Live Video icon.

Facebook live video for Android will roll out from next week starting in the U.S., with more countries to follow soon. For iOS users it will continue to roll the feature to more people as well as Pages in others countries around the world in the coming weeks.