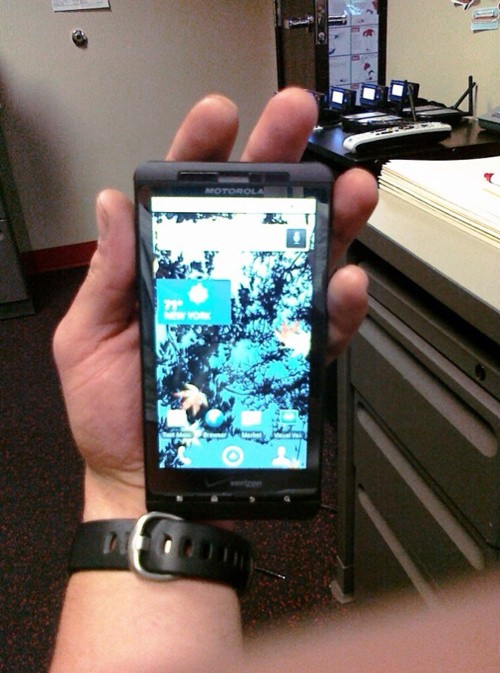 First it was the Apple iPhone HD/4G. Now, Gizmodo have published a story and picture of a phone that they say is the Motorola DROID Shadow.

They say that the phone was left behind in a Verizon Wireless corporate gym. It is said to be the next big thing for Motorola and the successor to the current Motorola DROID/MILESTONE.

It is said to be scheduled for release in June or July exclusively on the Verizon network. It might also be released internationally under a different model name like it’s predecessor.