Viber is the latest app in the market that has added support for 3D Touch on its iOS app. The latest update that bumps the app to version 5.8 comes with the 3D Force Touch feature on iPhones 6s and 6s Plus. 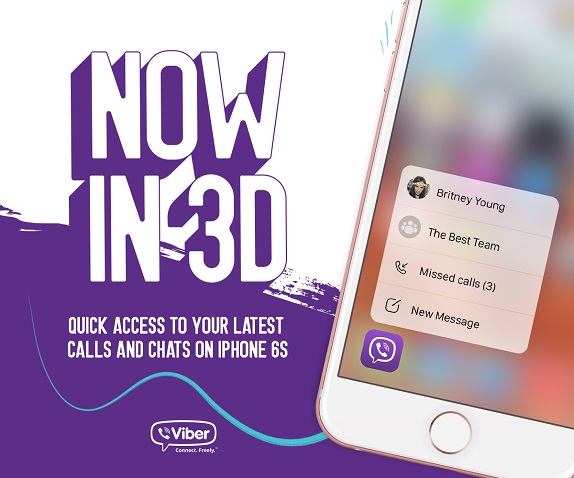 In addition, the app now also supports Split and Slide View for multi tasking on the iPad.  The Slide Over feature let’s users slide over Viber and quickly access and interact with another application while the Split View adds the ability to use Viber and another application simultaneously side-by-side (available only for iPad Mini 4, iPad Air 2, and iPad Pro). Finally, Picture-in-Picture adds the ability to watch a video in a window above the Viber application. The update also lets you see which contacts have read or liked your messages in a group chat. A new Conversation gallery lets you browse all media from a chat in one central place.