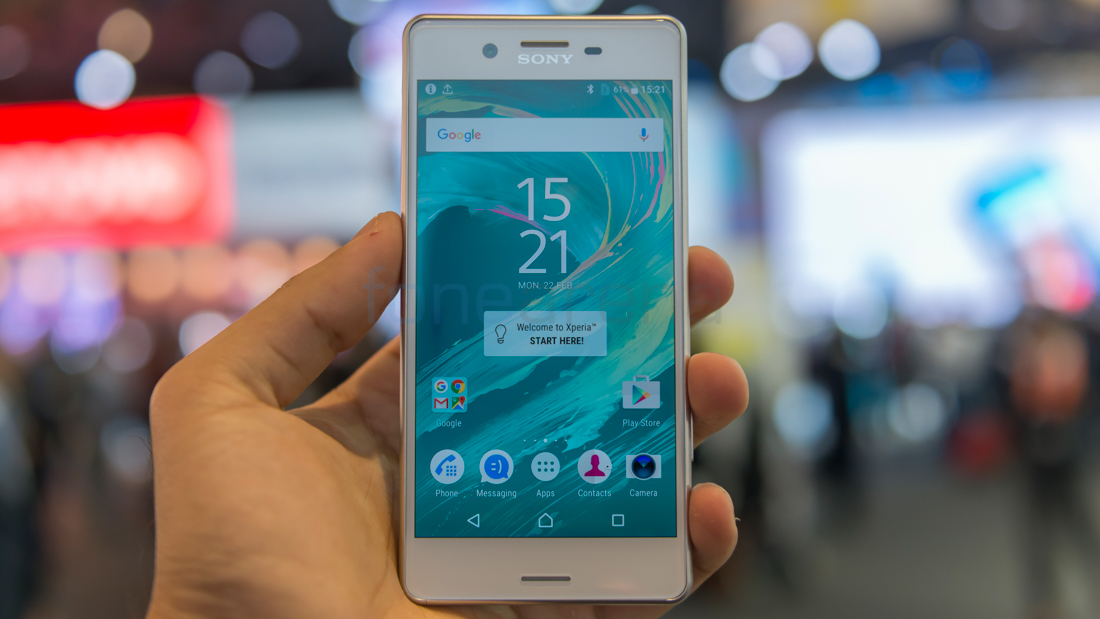 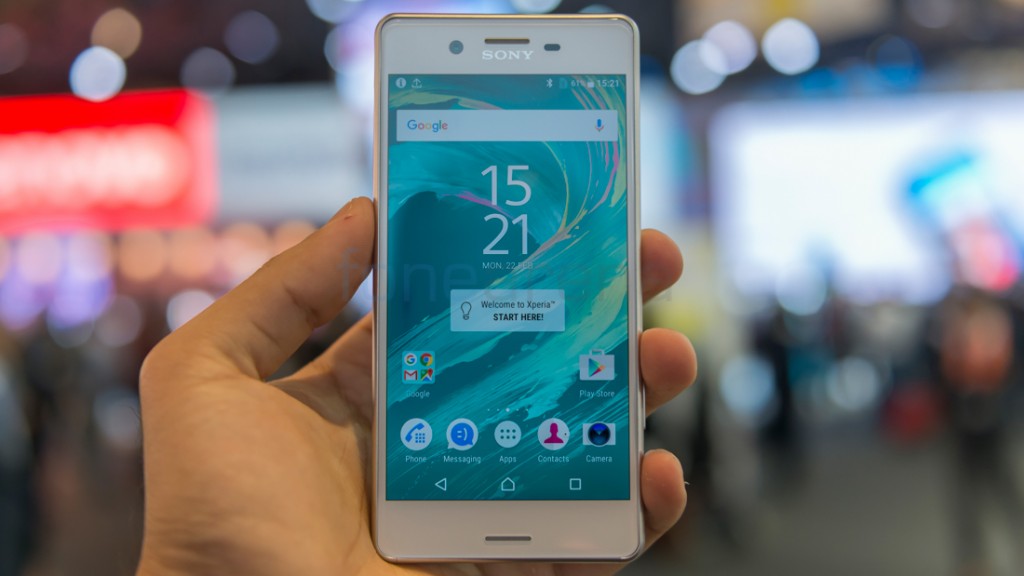 Sony unveiled the Xperia X Performance, it’s high-end  smartphone in the new ‘X series’ at the MWC 2016 in Barcelona yesterday. We got to check out the smartphone at the Sony booth, here is our hands-on impressions and the photo gallery of the smartphone. 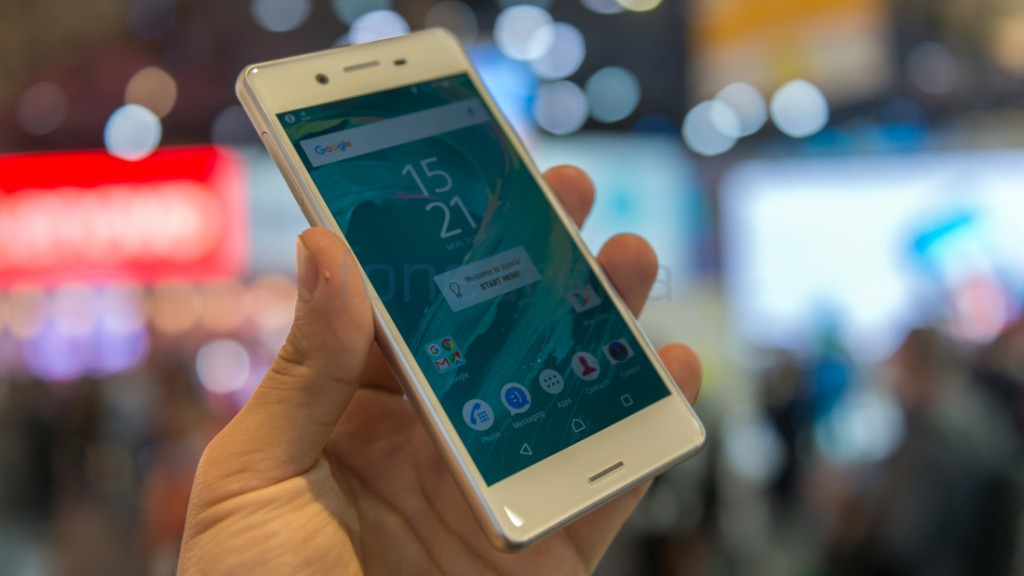 Next to the earpiece, there is a 13MP camera on the front with 1/3” Exmor RS sensor, 22mm wide-angle f/2.0 lens and supports 1080p video recording. The usual set of proximity and ambient light sensors are present on the right side of the earpiece, which also house the speaker. 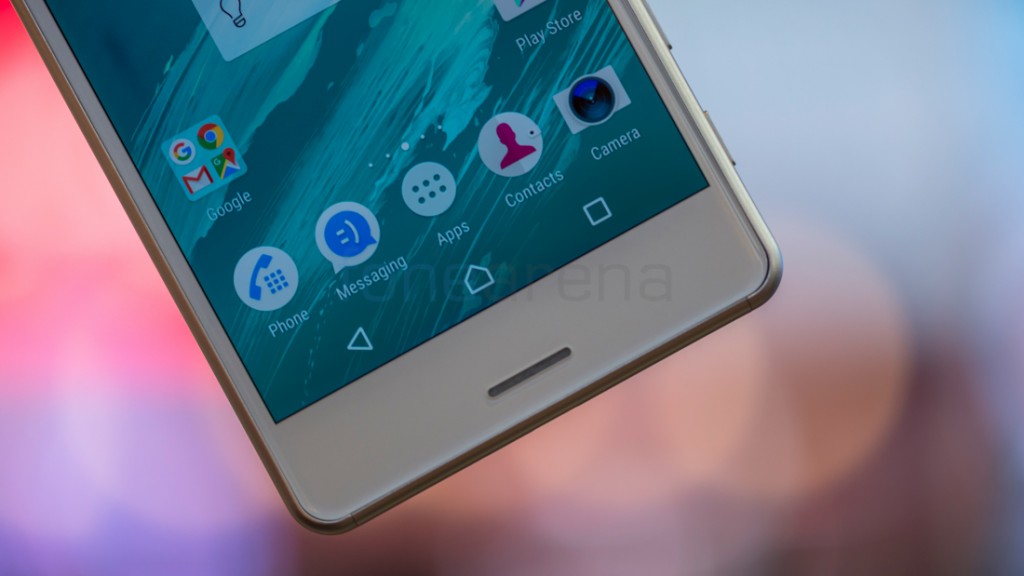 The other speaker is present below the display, on the bezel. It doesn’t have capacitive touch buttons and uses on-screen buttons.

The power button is present on the right side, which houses a fingerprint sensor. The volume rockers are present below the power button and there is also a dedicated camera shutter button below it.

On the left side there is a microSD card slot and a nano SIM slot. The smartphone also comes in a dual SIM variant in some markets. It has 32GB of internal storage. It measures 144 x 70 x 8.7 mm and weighs 165 grams.

The 3.5mm audio jack is present on the top along with a secondary microphone hole.

The micro USB slot and the primary microphone are present on the bottom. 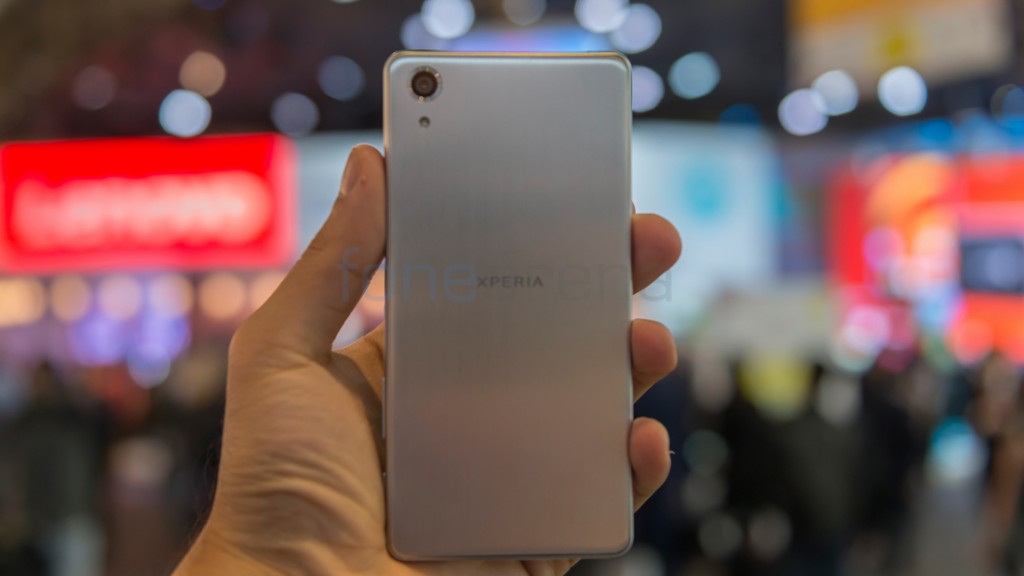 On the back there is a 23-megapixel camera with LED flash, Exmor RS sensor, 1/2.3″ sensor, f/2.0 aperture, Predictive Hybrid auto focus and is supports 4K video recording. The back has a brushed metal finish, unlike the Xperia XA that has a plastic back. It supports 4G LTE, dual-band WiFi 802.11a/b/g/n/ac, Bluetooth 4.2, GPS and NFC.

The Predictive Hybrid Autofocus predicts the next motion and lets you capture action and movement in a bright, blur-free shot. You select a focus object and your camera tracks it automatically as it moves. It can capture in less than 0.6 seconds. 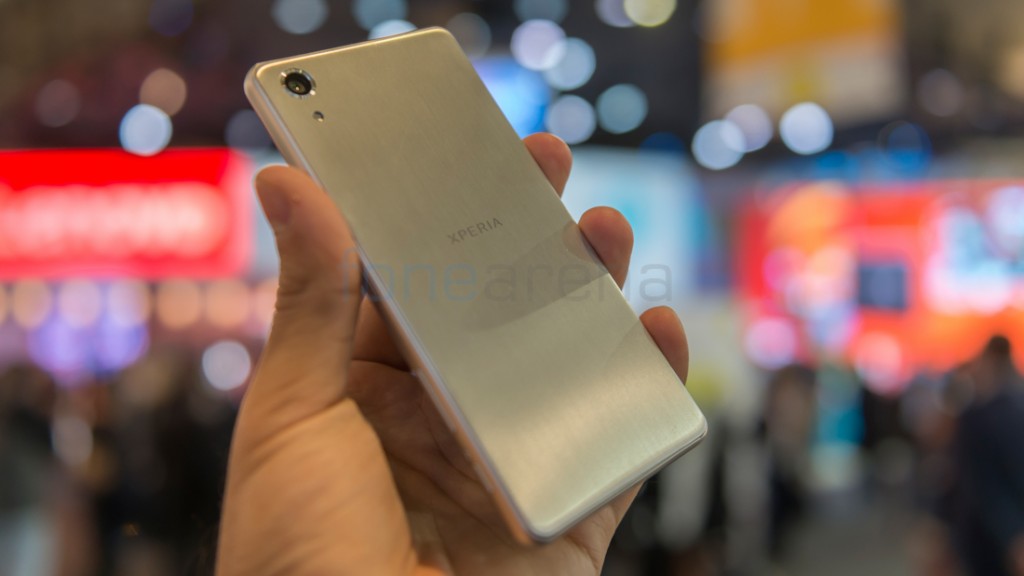 Under the back cover there is a 2700mAh Battery with support for Qnovo’s Adaptive Charging technology. It comes in White, Graphite Black, Lime Gold and Rose Gold colors and is is expected to be priced at 699 EUR (Rs. 52,985 approx. It will roll out starting from this Summer.