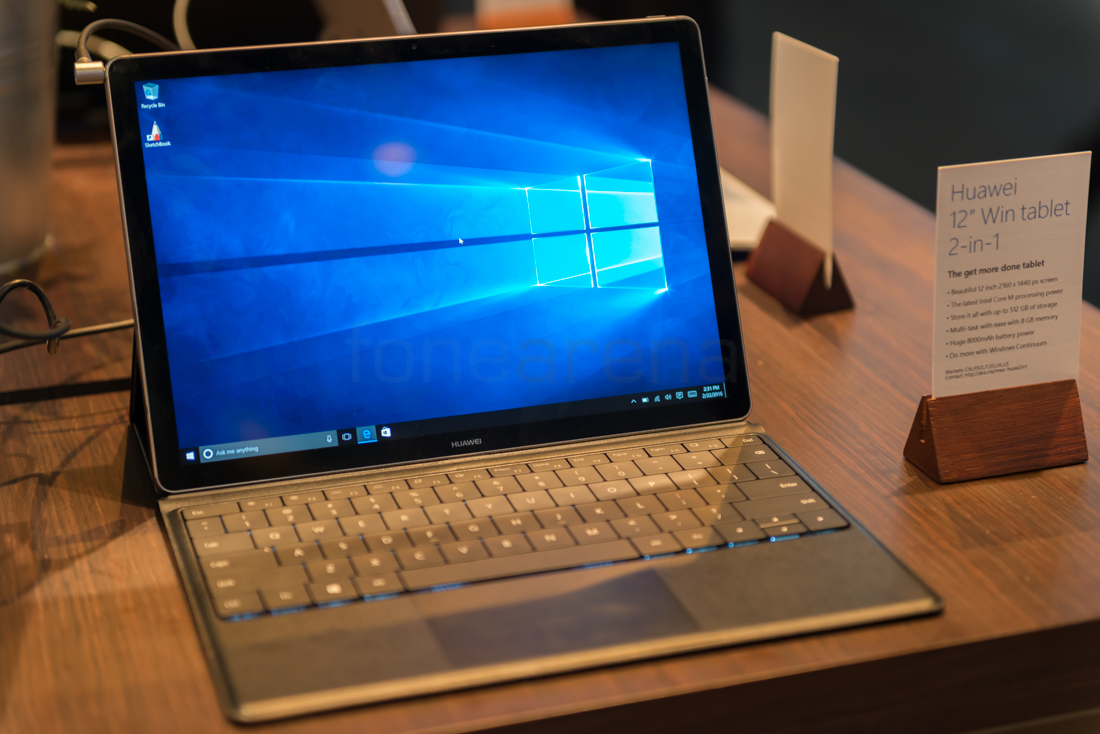 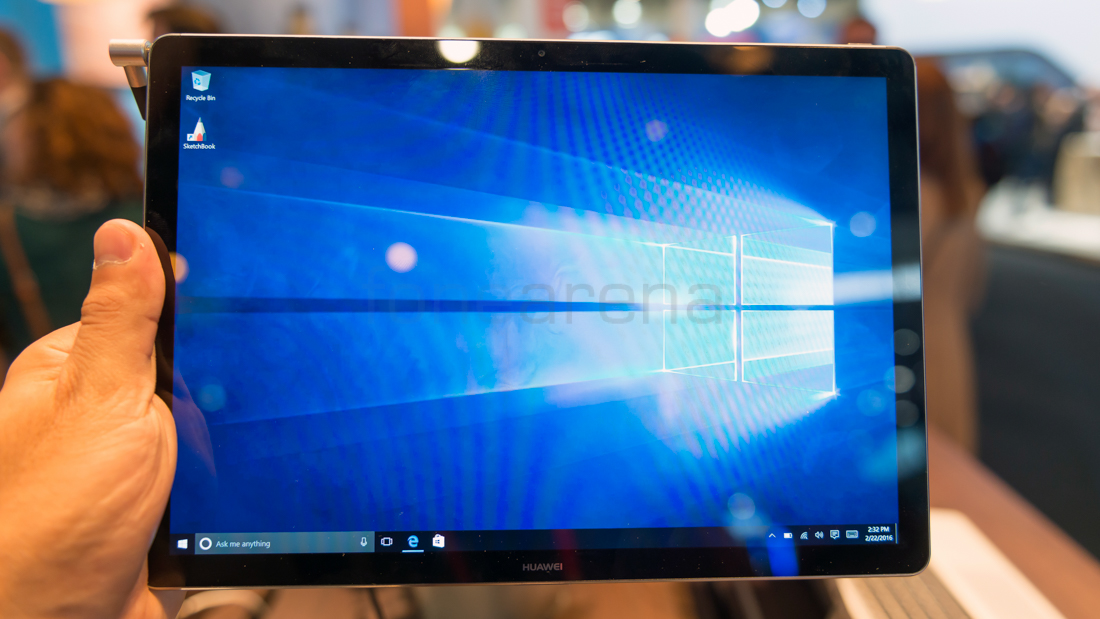 Huawei announced the MateBook, it’s latest 2-in-1 running Windows 10 at MWC 2016 at Barcelona. We are live at the event and got to check out the Matebook so let’s take a detailed look at the hardware and specifications of the device in this photo gallery.

The Matebook has a 12-inch (2160×1440 pixels) IPS display with screen-to-body ratio of 84%. It is powered by 6th Gen Intel Core M processor and has 4GB or 8GB of RAM, 128/256/512GB SSD. The device comes with Windows 10 Home and Windows 10 Pro. The Matebook measures 6.9 mm sleek and weighs 640 g. The keyboard is back-lit and the case is also features a 1.5mm keystroke and a chiclet keycap design. It has built-in touchpad with multi-touch technology.  There is a 5MP front facing camera on the device.

The power button is present on the top right corner along with two speakers with Dolby sound and a 3.5mm headphone jack.

There are two volume buttons separated by the fingerprint sensor. A Type-C USB port and microphone is also present here. 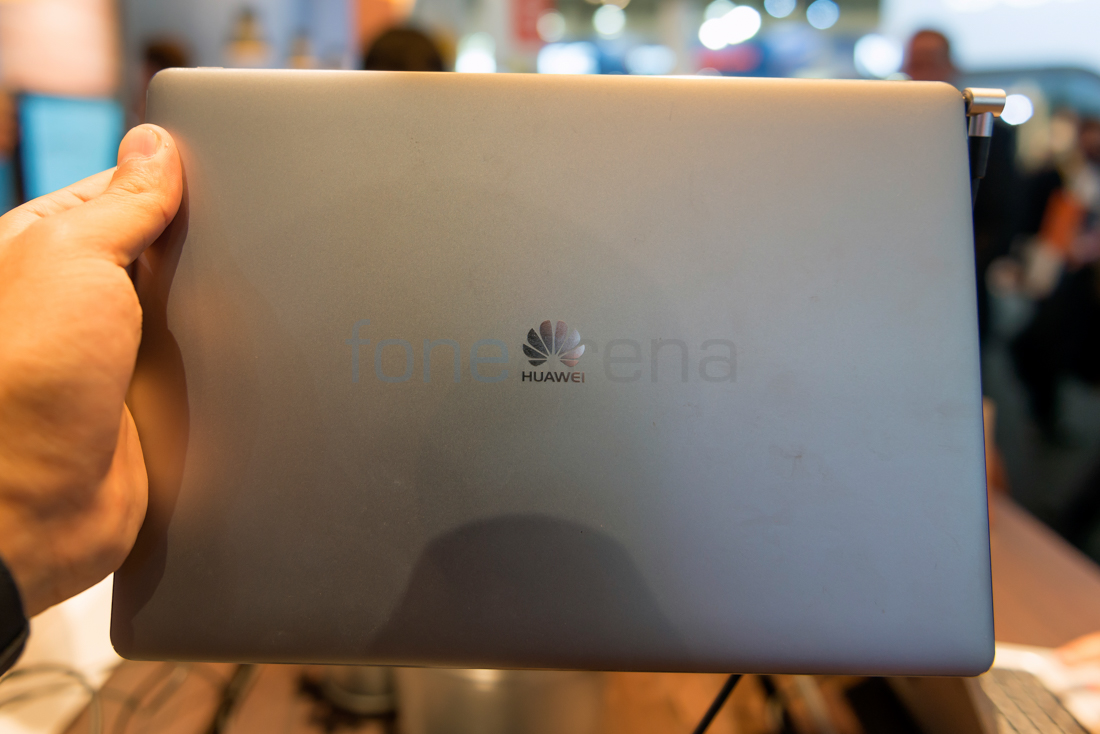 The Huawei branding is present at the back of the Matebook which has an all-metal unibody chassis and chamfered buttons. Connectivity options on the device includes Wi-Fi 802.11 a/b/g/n/ac MIMO, Bluetooth 4.1, USB 3.0 Type-C and there is a 4430mAh battery. The Huawei MateBook comes in Grey and Golden colors and the keyboard case comes in Black, Brown, Orange and Beige colors. It will be available in Asia, Europe and North America in the coming months