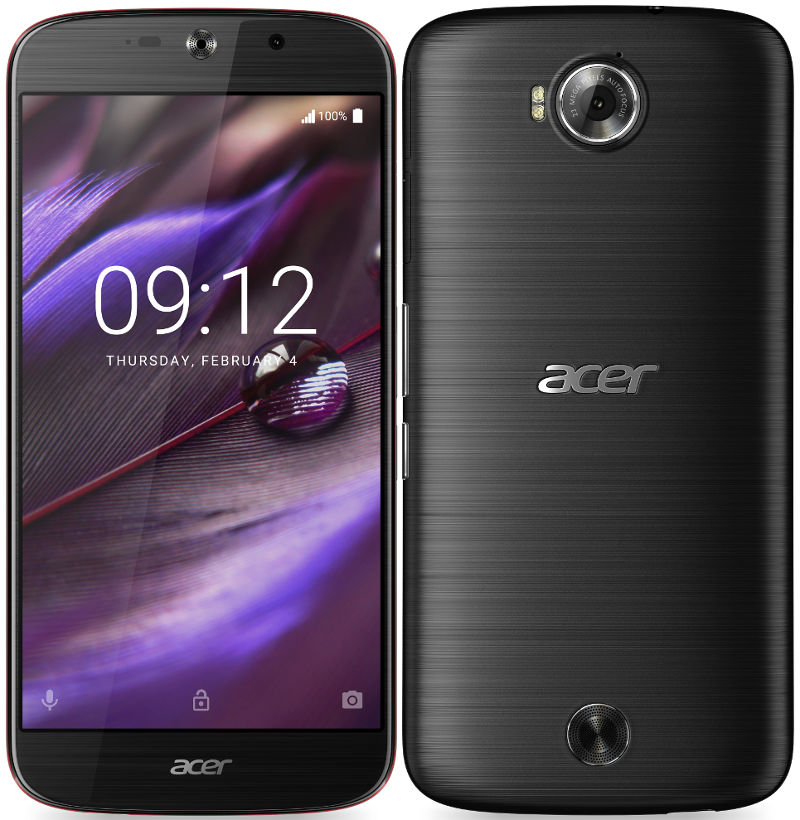 Acer at MWC Barcelona unveiled its 2016 flagship smartphone the Acer Liquid Jade 2. The phone has similar specifications as the recently launched Windows 10-based Liquid Jade Primo, but this runs Android.

The Acer Liquid Jade 2 boasts of a 5.5-inch full-HD (1080 x 1920 pixels) AMOLED screen supporting 100% of the NTSC color gamut as well as high-resolution audio with virtual surround sound powered by DTS Headphone:X. It is powered by a hexa-core Snapdragon 808 processor, has 21-megapixel rear camera with dual LED flash, 4K video recording and an 8-megapixel front-facing camera with up to 84-degree wide-angle lens.

It has 3GB of RAM and 32GB internal storage, which further supports up to 1TB of hybrid storage. Acer hasn’t announced the pricing and availability as yet, but said that the “exact specifications, prices, and availability will vary by region.”

Acer is also showcasing its latest BYOC (Build Your Own Cloud) developments in the fields of connected car, smart home, business, and education at the Mobile World Congress (MWC) 2016 in Barcelona at booth #1G50 in Hall 1, Fira Gran Via.