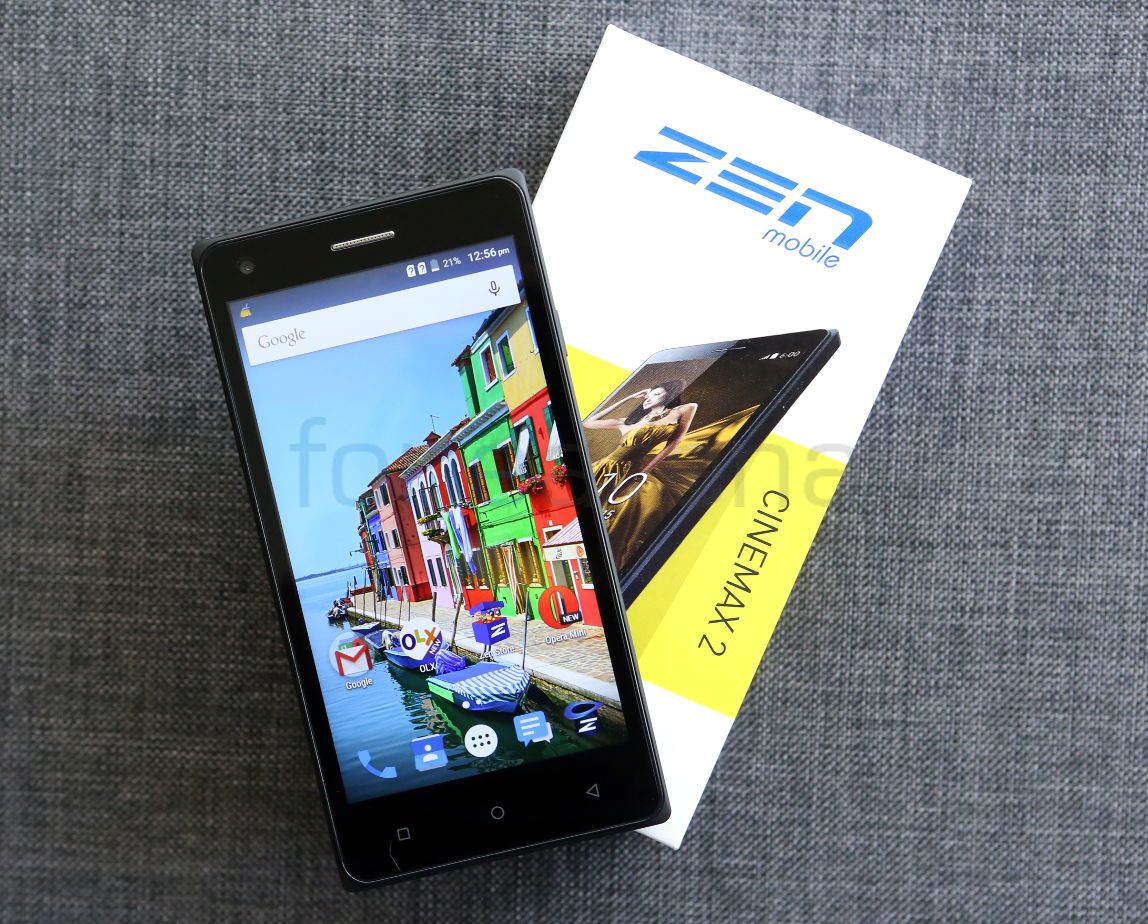 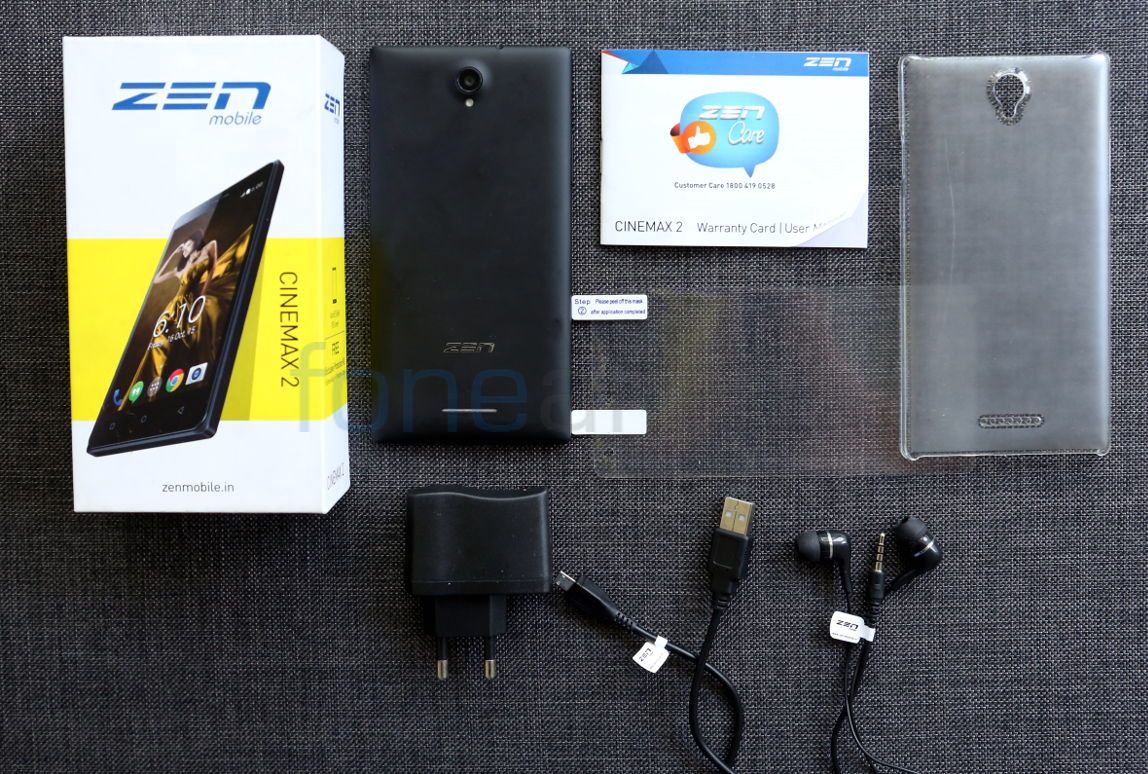 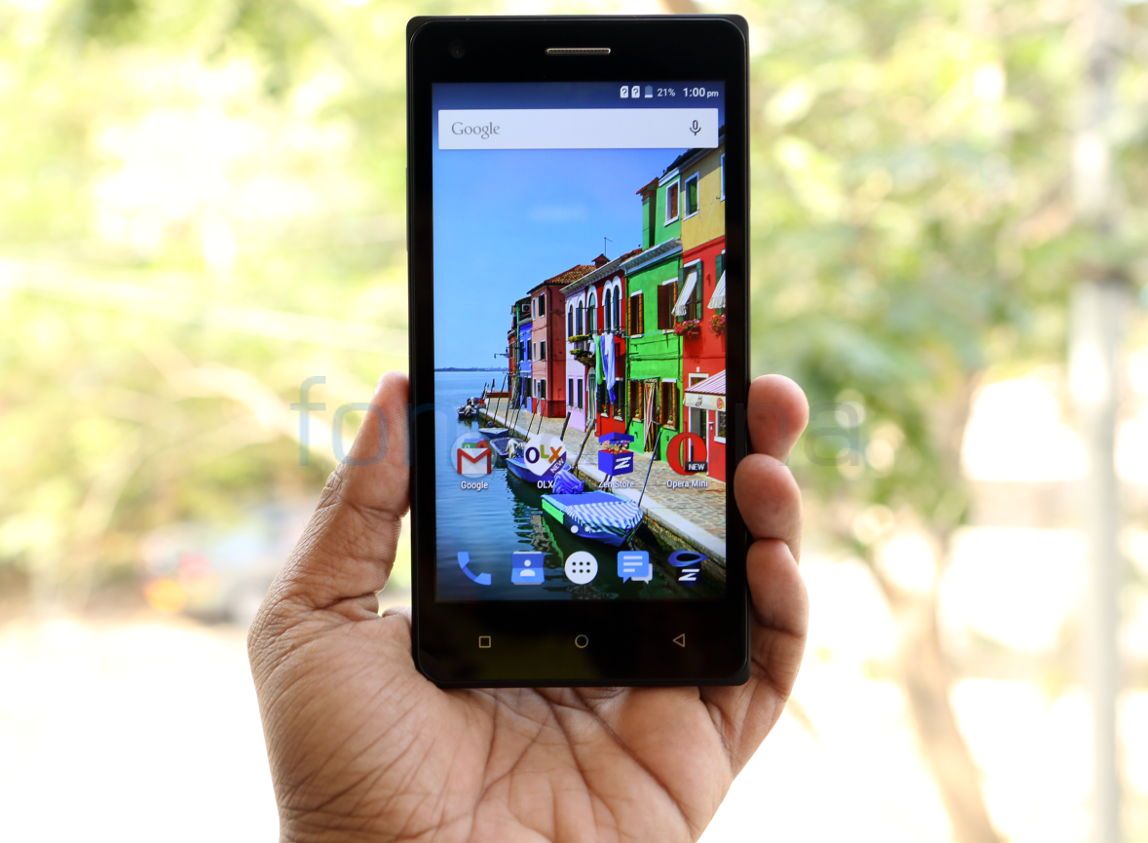 The 5.5-inch display at a resolution of 960×540 pixels and a pixel density of about 200 PPI is just average. The display is bright and the colors are decent, but the it is not sharp since the pixel density is low. The company doesn’t say if this has a toughened glass for protection. The display is glossy; hence it is prone to fingerprints. You can use the bundled scratch guard to prevent the display from scratches. 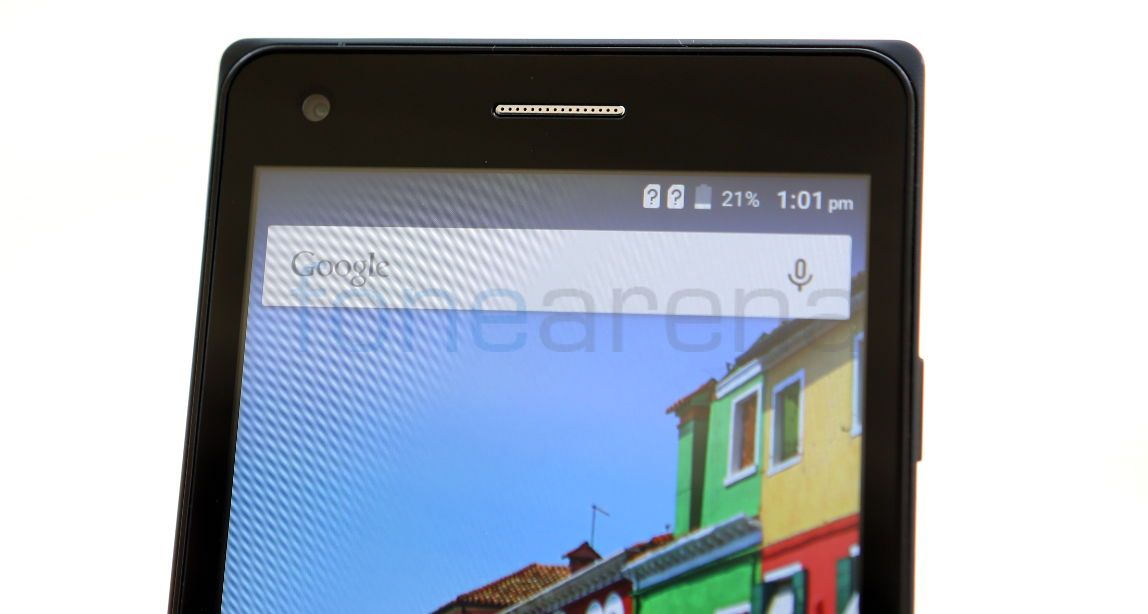 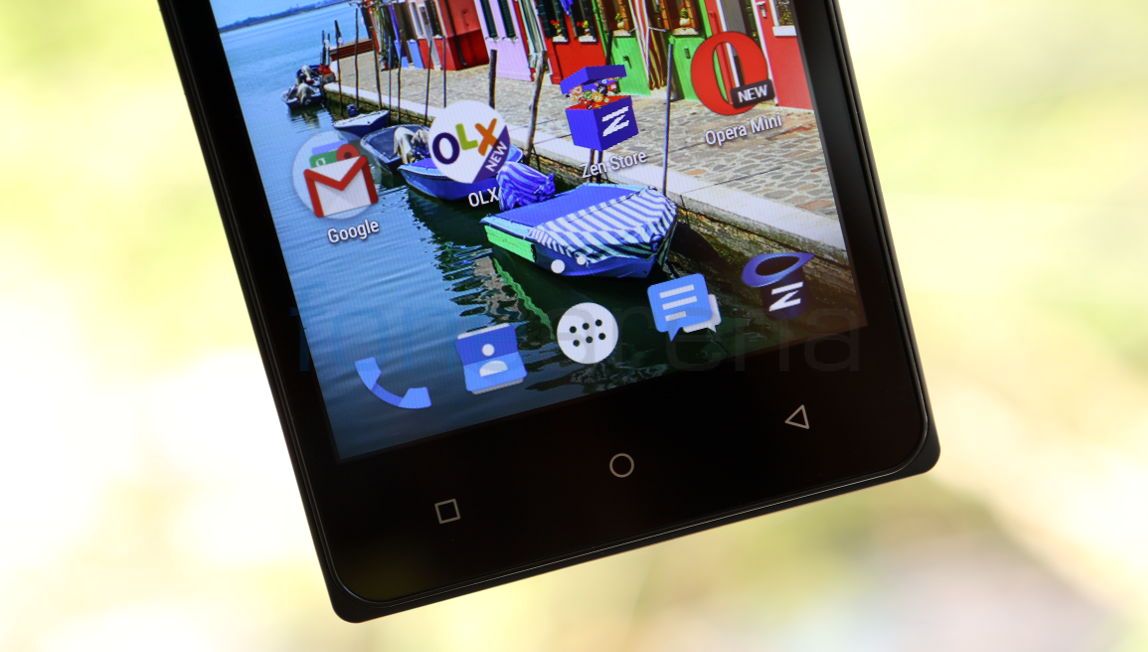 It has the usual set of capacitive touch buttons below the display. These are not backlit, but offer haptic feedback when pressed. The bezel is huge, above and below the display making the phone is 157mm tall, which is taller than most of the smartphones with a 5.5-inch screen. It is also 80mm wide, again a bit wider than most other phones so it is not easy to hold comfortably. 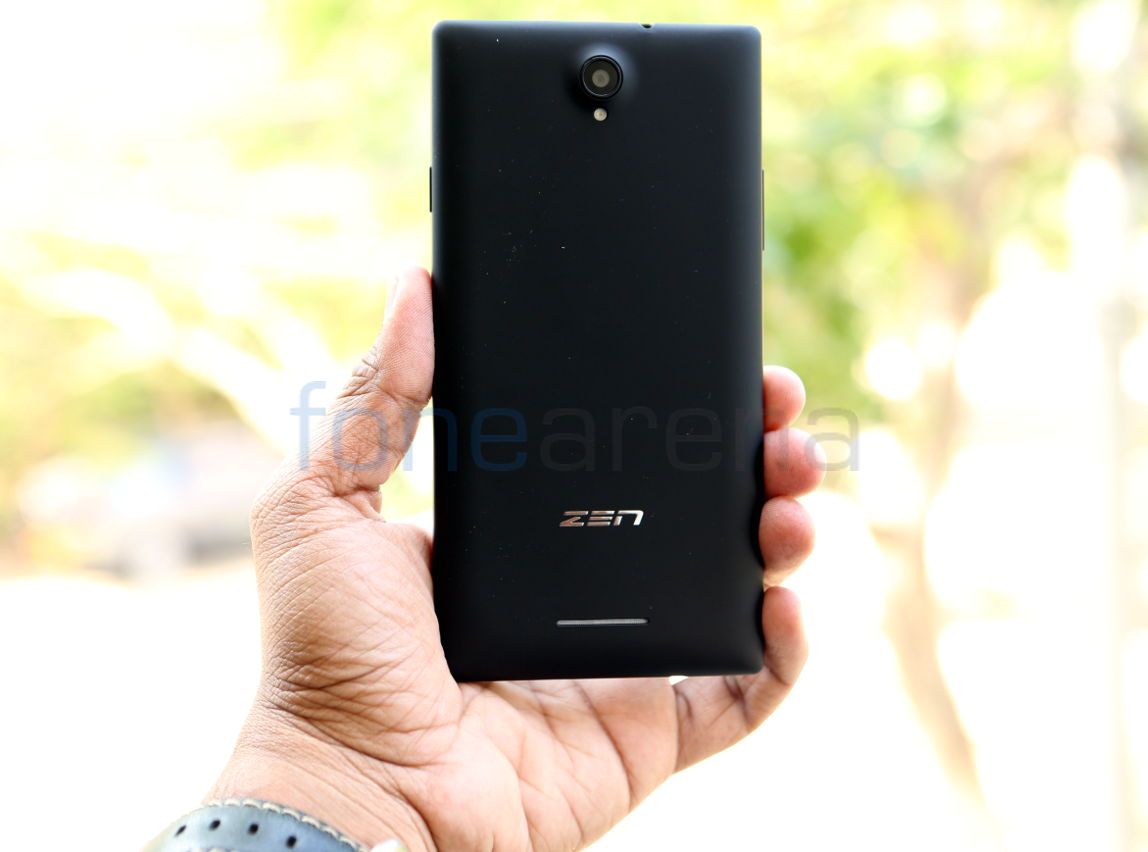 The plastic back has a smooth matte finish. Even though it is smooth, it is not slippery so it doesn’t slip out of your hands easily. On the back there is a 5-megapixel auto focus camera with single LED flash. The loudspeaker grill is present on the bottom part of the back, and there is a Zen logo above it. 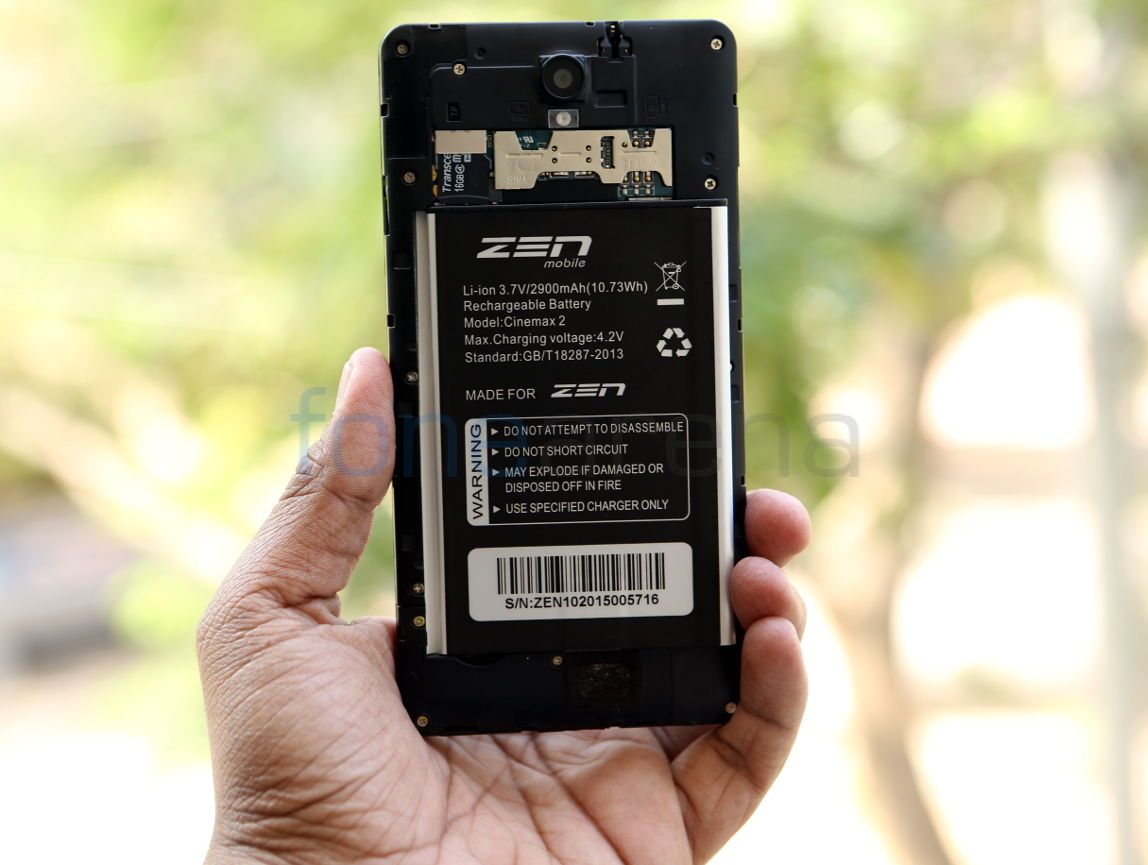 Opening the back cover reveals a huge 2900mAh removable battery. The micro SD card slot is present above the battery. Next to it is the primary full SIM slot and a secondary micro SIM slot. 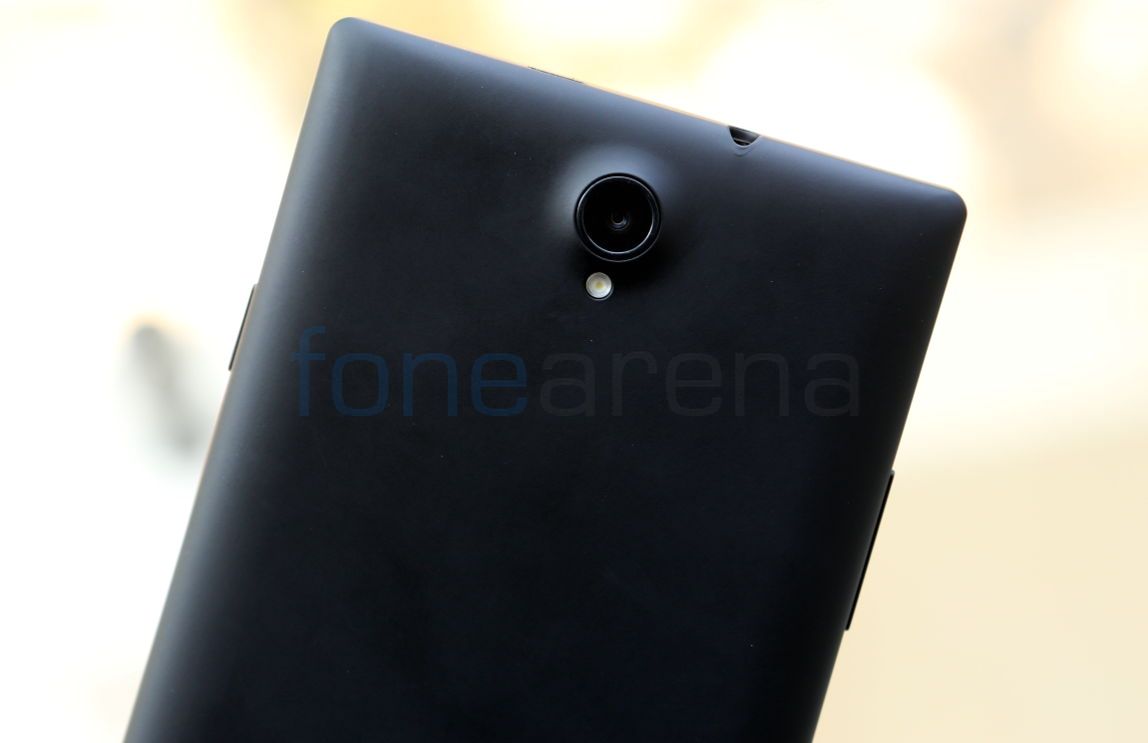 Google Camera is the default camera app in the phone. Daylight shots are decent, but images don’t have much details. Macro shots came out well and the HDR shots are decent. Low-light images have a lot of noise, but the LED flash is helpful in capturing images in such conditions and doesn’t overpower objects even if they are close. Most images with flash have blue tint. 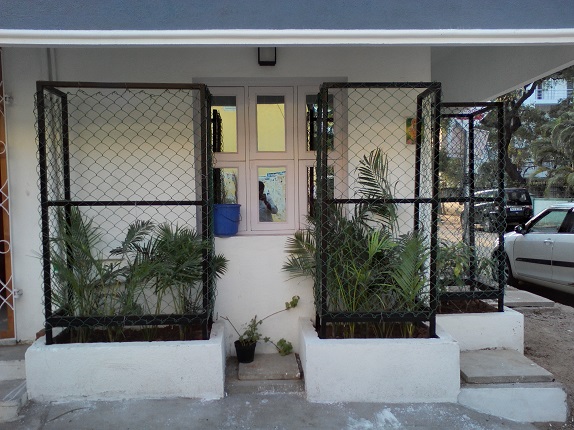 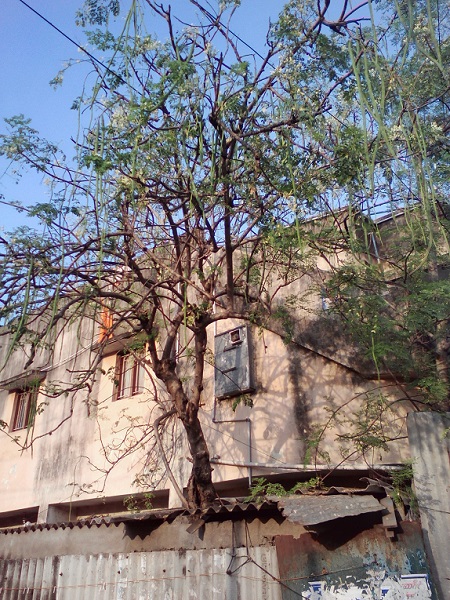 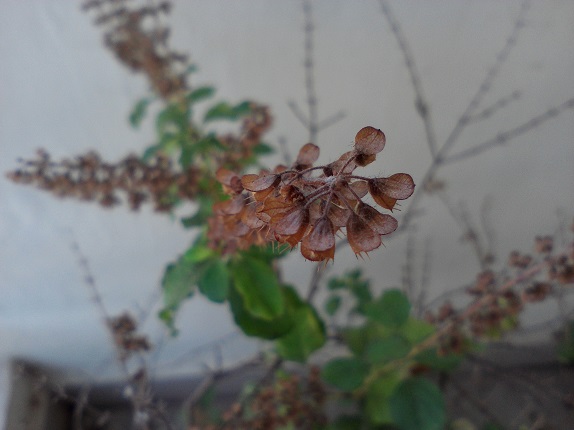 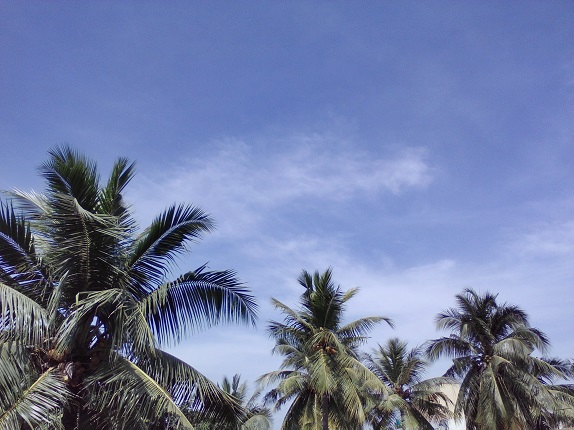 It can record videos at 1080p full HD resolution, but the video quality is average and doesn’t have much details. Since it lacks a secondary microphone audio is not crisp. 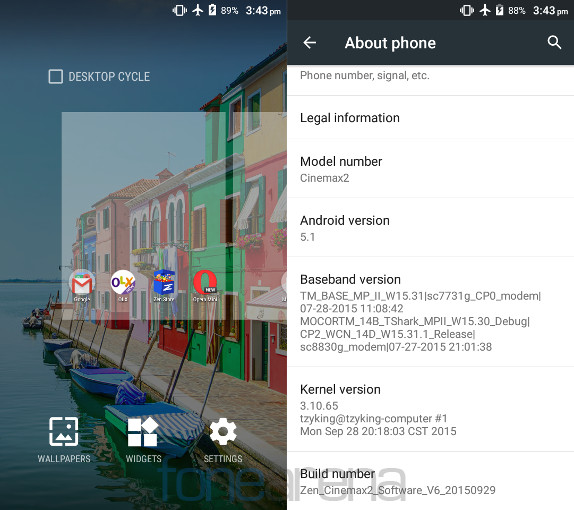 Coming to the software, the Zen Cinemax 2 runs on Android 5.1 (Lollipop), which is almost stock with few visual changes. The company doesn’t say if the smartphone will get the Android 6.0 (Marshmallow) update. The homescreen looks almost similar to the Google Now screen, but it doesn’t launch Google Now on swiping from left to right. You can launch the dialer or camera directly from the lock screen. 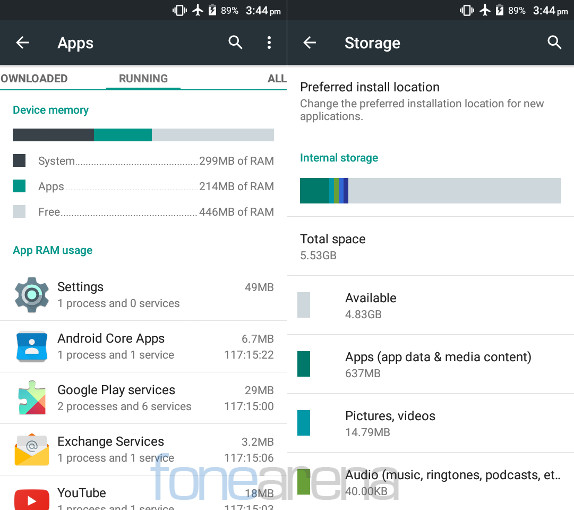 Out of 1GB of RAM, you get 959 MB of usable RAM. About 446MB of RAM is free when the phone is idle, with just the default apps running in the background. Out of 8GB of internal storage you get just 4.83GB of usable storage that can be used for installing apps and for mass storage. 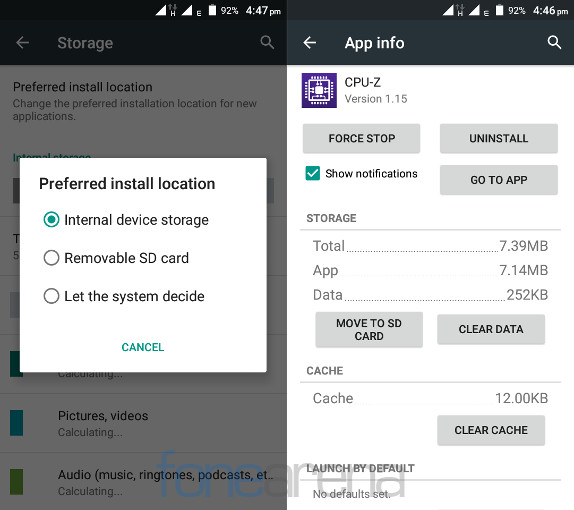 Once you set the preferred install location to SD card, you get option to move apps to the SD card. 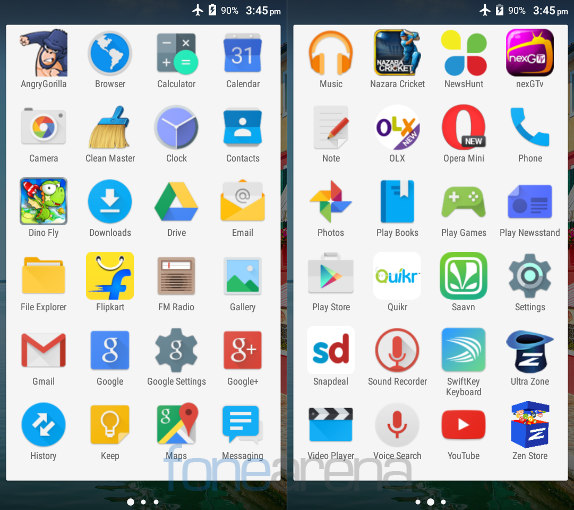 The phone comes with a lot of pre-loaded apps that cannot be removed. These apps alone occupy 637MB of internal storage. Other than the usual set of utility apps and Google apps, it comes with NewsHunt, nexGTv, OLX, Opera Mini, Quikr, Saavn, Snapdeal, SwiftKey Keyboard, Ultra Zone, Zen Store and ZenCare. It also has some games that include, Angry Gorilla, Dino Fly and Nazara Cricket. 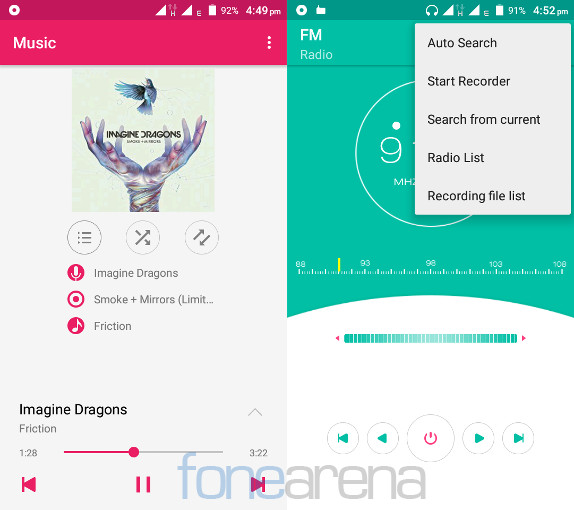 Google Play Music is the default music player. Audio from the bundled earphones is just average and the loudspeaker output is decent. FM Radio has a standard UI and comes with auto search and recording. The default video player can play full HD 1080p videos, but it is not smooth. 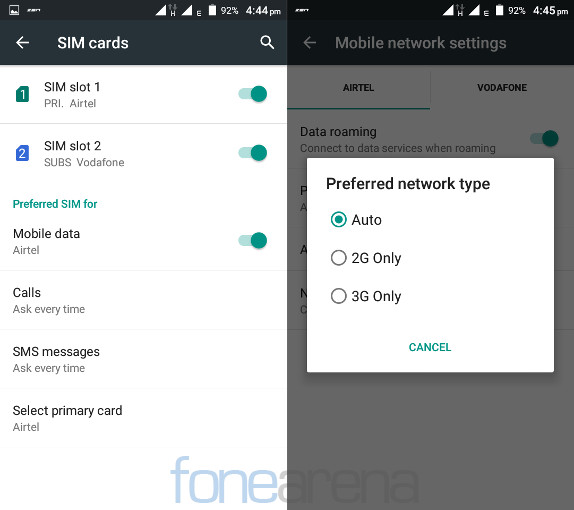 It has SIM manager option that lets you set default SIM for data, calls and SMS. Only the primary SIM supports 3G, while the other SIM supports only 2G (EDGE). Connectivity features include, 3G HSPA+, Wi-Fi 802.11 b/g/n, Bluetooth 4.0 with A2DP and GPS. It doesn’t have magnetic compass. We did not have any issues with the call clarity and did not face any call drops. 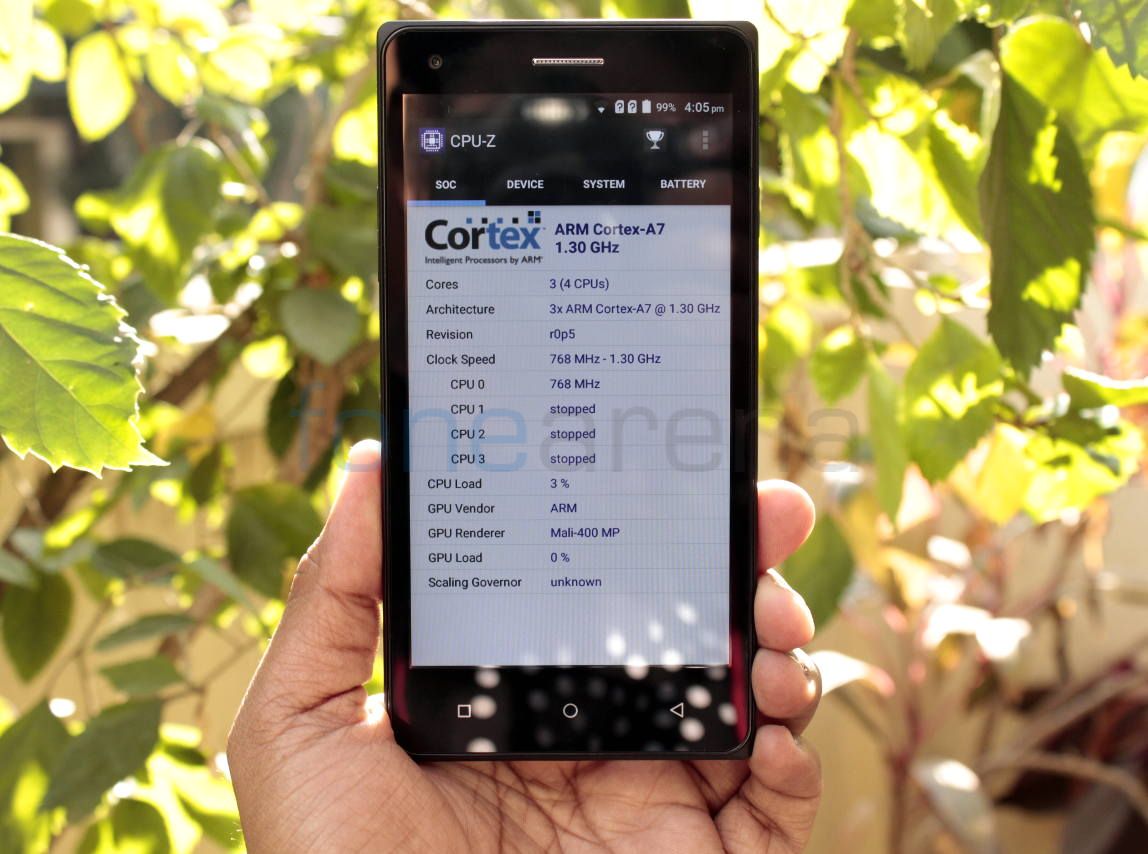 The smartphone is powered by a quad-core Spreadtrum SC7731 processor with four ARM Cortex A7 cores clocked at 1.3GHz per core and has Mali-400 GPU. The performance is decent, but there are occasional lags. 1GB of RAM is enough for multitasking. Check out some synthetic benchmark scores below. 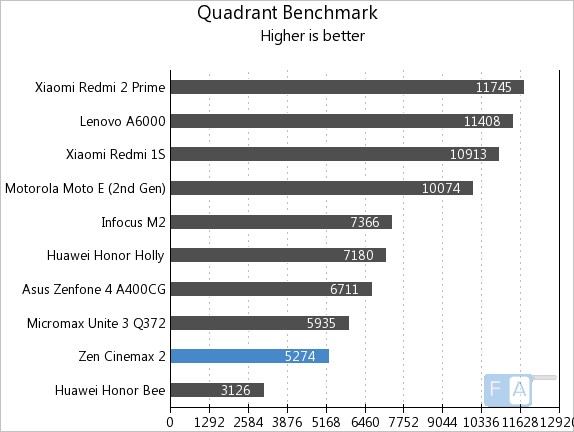 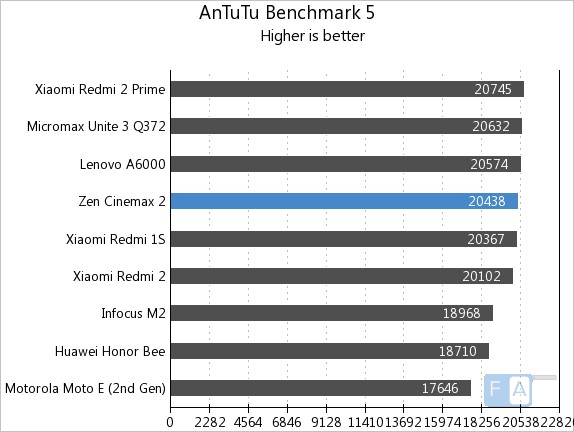 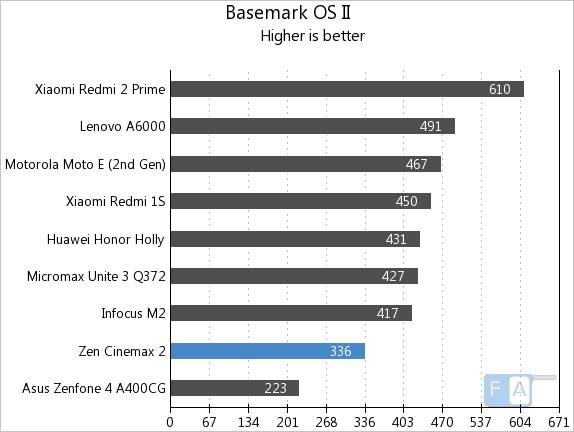 We tested several games on the device, which were decent. Some games did face occasional lags in the gameplay and the graphics was not the best.

The 2900mAh battery offers a good battery life that lasts for a whole day with average use when both the SIM cards are on use. With heavy usage, it lasts for less than a day. It also has battery saver mode that lets you save the battery by reducing the device’s performance and limiting background data when it reaches a threshold of 15% or 5%.

Overall, the Zen Cinemax 2 is an average smartphone for the price of Rs. 4,199. There are several smartphones around similar price range that offer better specifications, including some phones with 4G support, but this phone has 3G support only on one SIM. It is also huge to handle since it has a large bezel around the display. To summarize, here are the pros and cons of the smartphone.