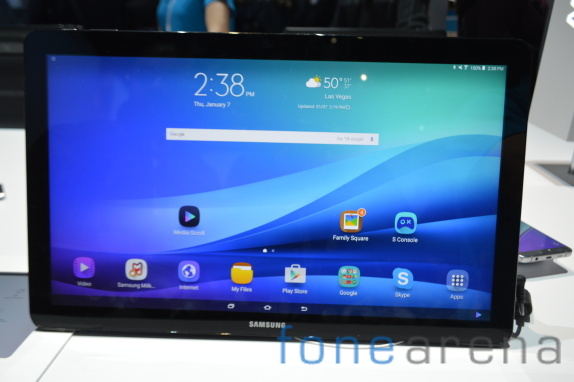 Samsung unveiled the Galaxy View, a large-screen tablet with a 18.4-inch 1080p display ahead of CES, back in October. We got to check out the huge tablet, check out the hands-on impressions and a quick walk through in the form of photo gallery. 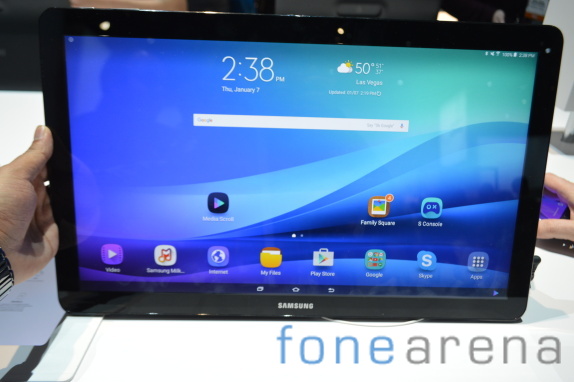 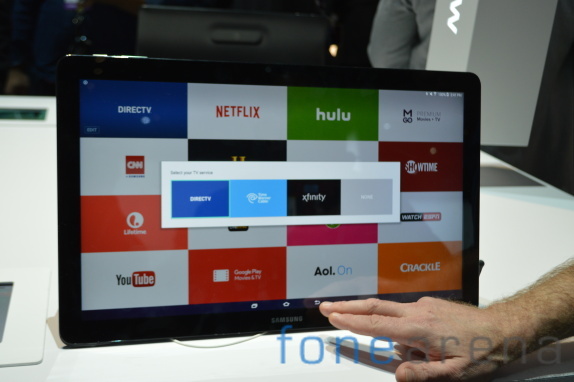 Since it is promoted as an entertainment tablet, it has a dedicated home screen for videos showcases from various content services like Netflix, Hulu, and YouTube, all in one place. 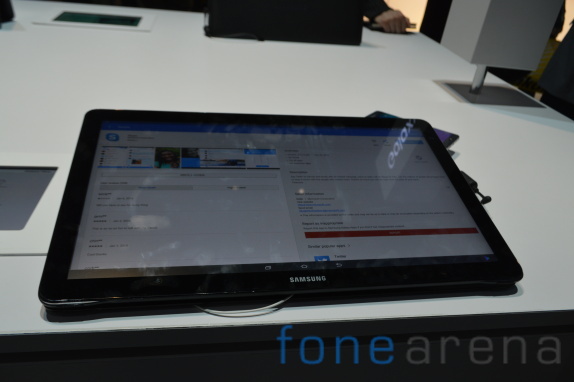 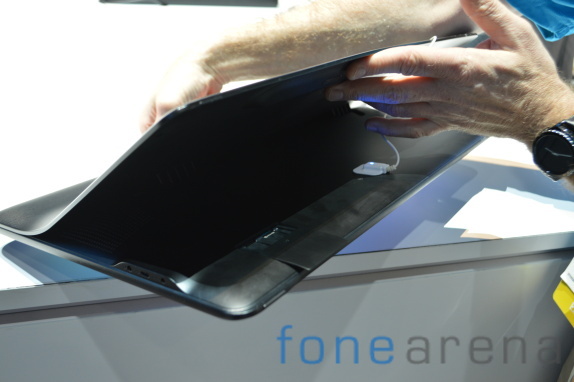 It has powerful 4-watt stereo speakers. It comes in  32GB or 64GB storage variants and even has a microSD expansion slot that accepts cards up to 128GB. 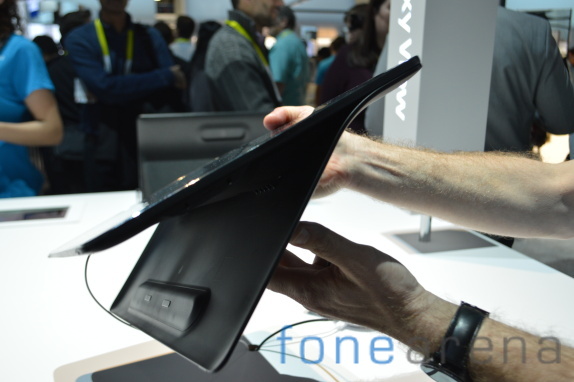 The tablet has a versatile 2-way stand and packs a 5,700mAh built-in battery that promises up to 8 hours of continuous video playback on a single charge. 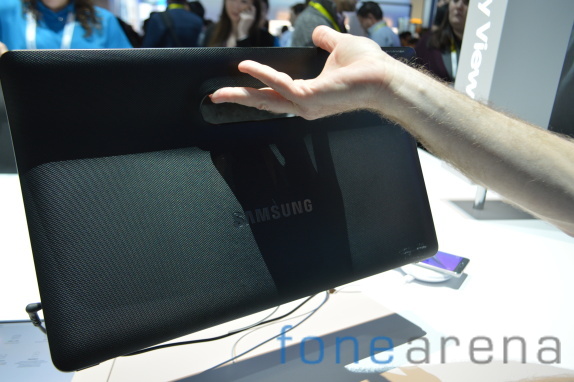 It even has a handle to carry it easily. It has nano SIM support offering 4G LTE connectivity on-the-go in the 4G version of the tablet. Other connectivity features include, Wi-Fi a/b/g/n/ac, Bluetooth 4.1 LE and A-GPS / GLONASS. It is already available in the U.S. for $599 (Rs. 39,040) for the WiFi version. Check out all our CES 2016 coverage here.