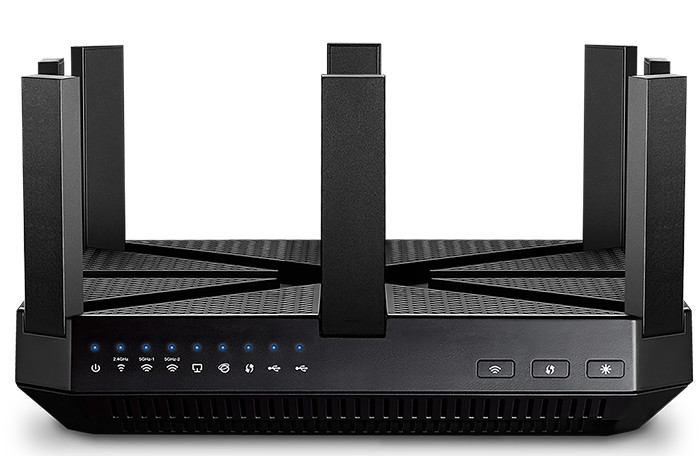 TP-LINK today announced Talon AD7200 at the CES 2016, which becomes the first router in the world based on 802.11ad wireless technology. It delivers speeds of up to 4.6Gbps on 60GHz bands and channels at 60GHz. It uses 802.11ad and 11ac MU-MIMO solutions from Qualcomm Atheros, a subsidiary of Qualcomm Incorporated.

It also utilizes existing 2.4GHz and 5GHz bands, resulting in combined unprecedented 7Gbps Wi-Fi speeds throughout the home as well as combines 802.11ad with 802.11ac MU-MIMO. It promises 2.5 times better performance compared to 11ac while supporting several devices simultaneously for gaming and streaming. It has eight antennas with high-powered amplifiers to supercharge the Wi-Fi signal.

The TP-LINK Talon AD7200 will be available in the U.S. in early 2016, and the pricing will be revealed closer to the launch.