Lenovo just confirmed on its social channels that the upcoming K4 Note smartphone will come with a fingerprint sensor on the back. It also said that it will come with Near Field Communication (NFC) support. The teaser image once again shows off the smartphone’s brushed metal frame.

Lenovo already confirmed in a teaser that the upcoming ‘Note’ series smartphone will pack 3GB of RAM. Dolby Atmos was also confirmed in a earlier teaser. Other specifications of the smartphone are still a mystery, but Lenovo is expected to reveal them one by one in several teasers throughout next week. 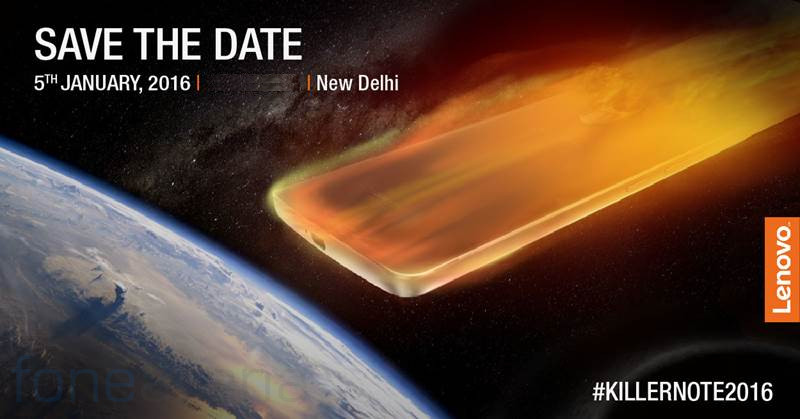 The Lenovo K4 Note, successor of the company’s one of the most successful K3 Note smartphone will be announced at an event in Delhi on January 5th, Tuesday. We should all the details, including the pricing at the launch.