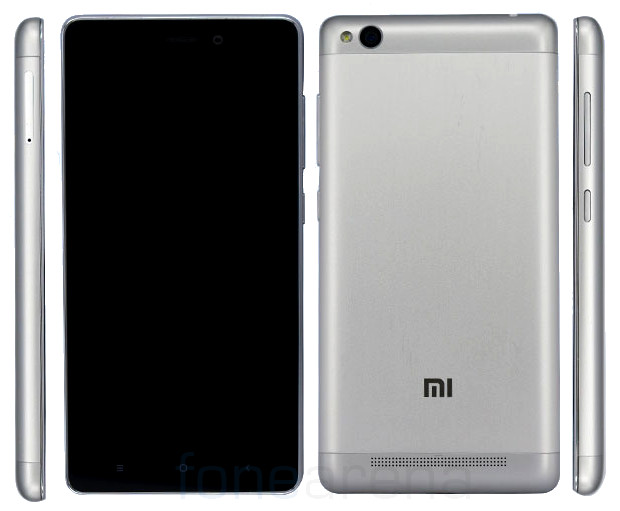 Xiaomi introduced Redmi Note 3, the company’s latest ‘Redmi Note’ series smartphone with a metal body recently. Now a new Xiaomi smartphone with similar unibody metal build has been certified by TENAA (Via) in China. The design is similar to Redmi Note 3, but this doesn’t have a fingerprint sensor on the back. This could be the Redmi 3 that surfaced on Geekbench recently, revealing the Snapdragon 617 processor and 2GB of RAM.

It is 8.5mm thick, slightly thinner than the Redmi Note 3 and is expected to come with the same 4000mAh battery.

The Xiaomi Redmi 3 will come in Dark Grey, Silver and Champagne Gold colors, similar to the Redmi Note 3, according to the listing. It is expected to be announced during the Chinese New Year in February 2016 and is rumored to be priced at just 599 yuan (US$ 92 / Rs. 6125 approx.).