A fresh leak regarding the LG G5 has surfaced showing some features of the phone. A Reddit user called mobile_leaks, has shared an image that shows the back of the phone. 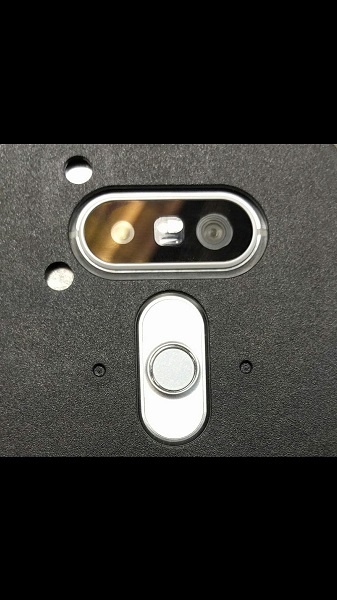 The leaked image and the Reddit user suggests the phone will have a full metal body, which we had heard last month as well. Although, we cannot see the entire rear side, the dual camera setup is visible. It is said that the phone will have two rear cameras – 16MP and 8MP that come with autofocus module. There is also 8MP front facing camera at the center. Moving on, as per the leak the device will come with color spectrum sensor and a heart rate sensor, but information about the same is scarce at the moment. The spec sheet also suggests that the phone sports a fingerprint scanner.

The LG G5 will be powered by the newly launched Snapdragon 820 chip and boast a 3GB RAM, added the leakster. Other specs of the phone mentioned are IR blaster, support for USB Type C, rear facing speaker. A micro SD card and SIM card slot are even listed in the leak. Several reports have hinted that the LG G5 could be announced in February 2016.