Just yesterday, Xiaomi Mi 5 had surfaced in a render and today another phone from the company has been spotted on a benchmarking site. A device code named as Xiaomi Kenzo has appeared on Geekbench showing some specs of the phone.

As per the Geekbech listing, the Xiaomi Kenzo is powered by a 1.40 GHz Snapdragon 617 processor as the motherboard is listed as “msm8952”. The phone sports a 2GB RAM and runs on Android 5.1.1 Lollipop. The benchmark listing does not offer any other information about the display and other specs of the phone. 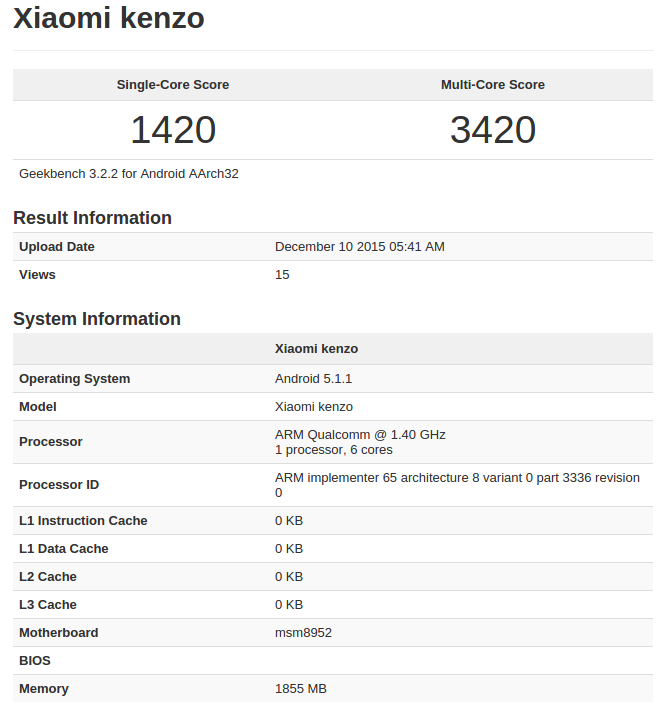 The Xiaomi Kenzo has scored 1420 in single core and 3420 in multi core tests. From the few specs and the benchmark results, it looks like the phone will be a mid-ranger. Also, it is being speculated that the phone could be the Redmi 3. More leaks about the phone may show up in coming weeks before Xiaomi actually announces the phone.