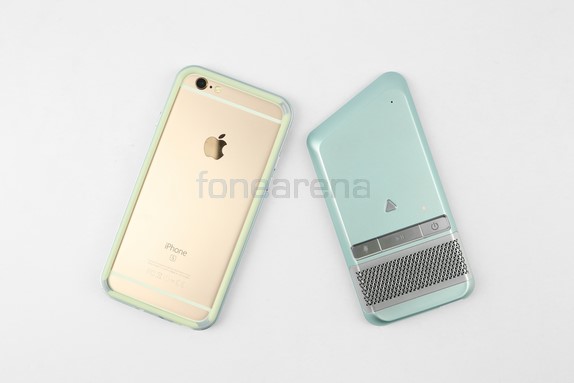 There are countless options for cases for the Apple iPhone 6 and there are quite a lot of Bluetooth speakers available as well. But, there are very few options that combine the both. At least, not many that offer good quality and performance along with a good design and portability. The ZAGG Speaker Case for the iPhone 6 attempts to overcome this issue. Let’s dive into the review to see if it lives up to expectations. 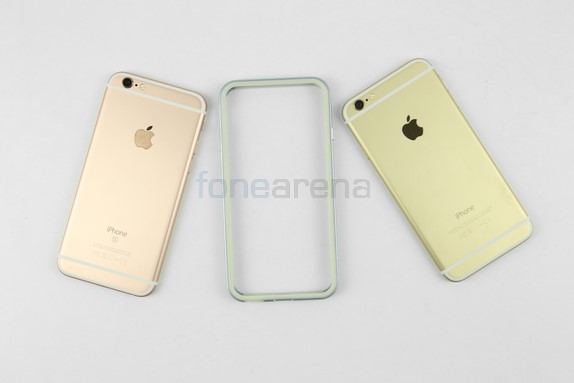 There are only a handful of cases out there that combine both a speaker as well a case into one and even fewer that has a removable speaker. The ZAGG speaker case is a two part accessory. First, there is a bumper case for your iPhone and then there is the speaker component that fits onto the back of your iPhone. The case has an extended chin that helps protect it at the front and back. It is also quite flexible so it won’t break easily. While the case is meant for the iPhone 6, it also fits the iPhone 6S since there aren’t many major changes in terms of design and size. 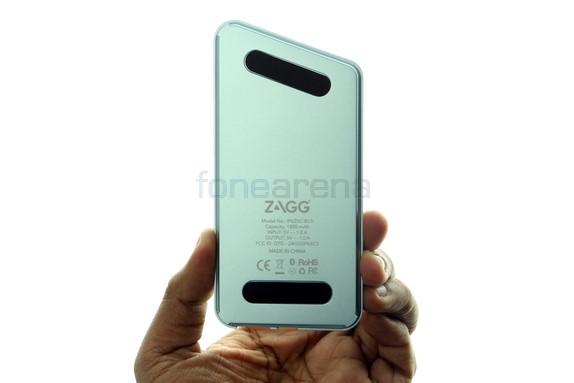 The case looks good and has a premium feel to it. The entire back doesn’t get covered at the back with the speaker case on as there is a triangular cutout for the camera and LED flash. The case is available in two colours – A black and a silver variant. The silver variant is more like a Bluish silver colour but it looks good. 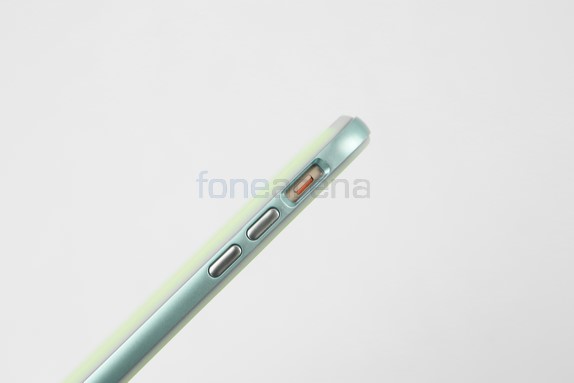 The power button and volume buttons are protected by plastic that still provides good tactile feedback when pressed. The case also has cutouts the Lightning port, 3.5mm audio jack and the speaker grille. The lightning port takes cables just fine but the cutout for the 3.5mm audio jack doesn’t accept wider connectors since the cutout is small. On the speaker part, there is a large speaker grille. Above it are three keys for microphone, play/pause and power button. There is also a triangular button that activates a series of LED lights below it to indicate the battery level of the speaker. Two LEDs show the battery level while the third one shows the Bluetooth connection status. The speaker itself charges using a microUSB port that is present at the bottom. Beside the microUSB port, you also have a full sized USB port that can be used to charge other devices. 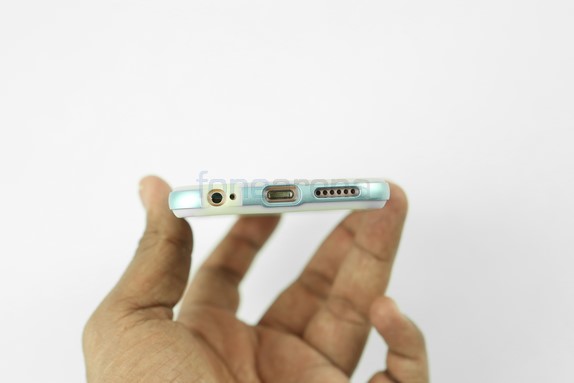 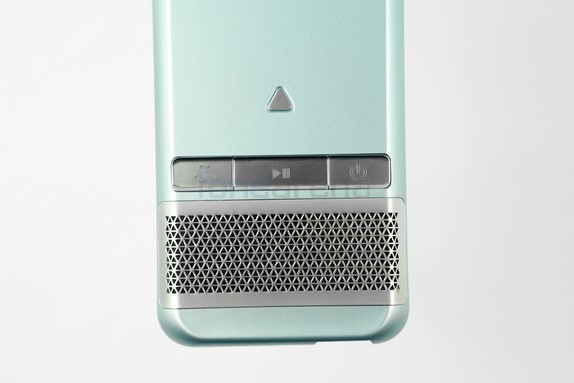 Since the speaker connects using Bluetooth, it can be used attached to the back of the phone or separately as long as it is within the Bluetooth range. The speaker has good volume output as well as bass and treble. However, it does crackle a bit at the highest volumes. Placing the phone on its back with the speaker attached does muffle the audio a bit so you would have to use it with the phone screen facing downwards or use the speaker separately. The downside to having the speakers at the back is that, it also does get muffled if you are holding it in your palm. Perhaps if the speaker was located a bit higher, it wouldn’t have been that bad. 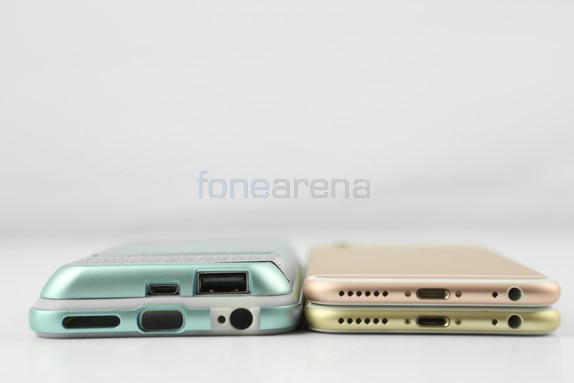 There is a built-in microphone that allows users to make or take calls even if the speaker is detached from the phone as long as they are still connected over Bluetooth. 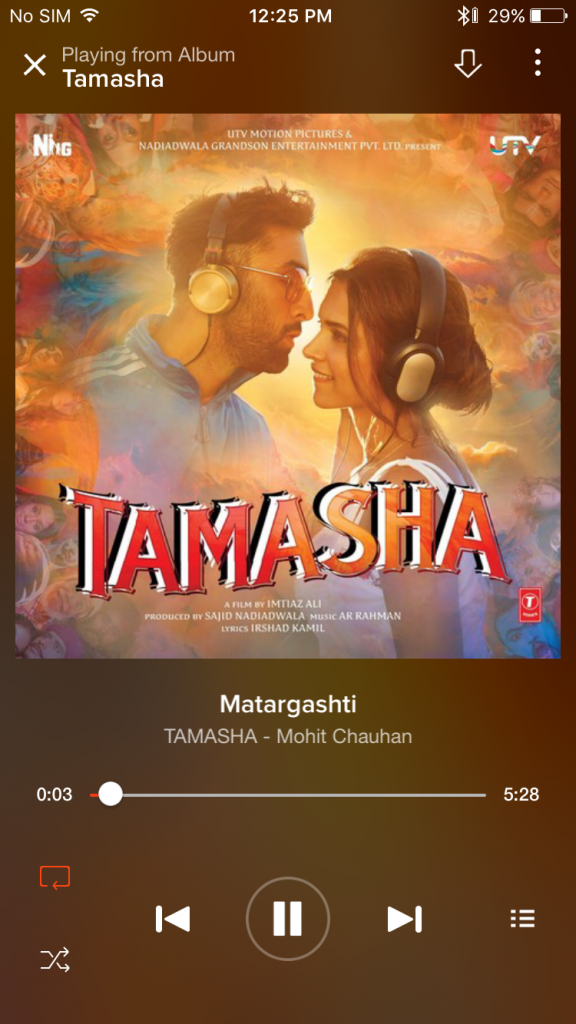 The speaker case is equipped with a 1800mAH battery which can give one full charge for your iPhone 6 or 6S. The speaker has 2 LED indicators that show the battery level when you press the triangular button. Your iPhone 6/6S will also show the battery life on the display next to the phone battery level itself. The speaker can also be used to charge other devices too thanks to the full sized USB port. To recharge the speaker, you have to use the microUSB port. While the actual battery life of the speaker will depend on the volume, the kind of songs you play and whether or not you use it as a battery pack for your iPhone, it still has enough juice to last a couple of hours of music playback with ease. 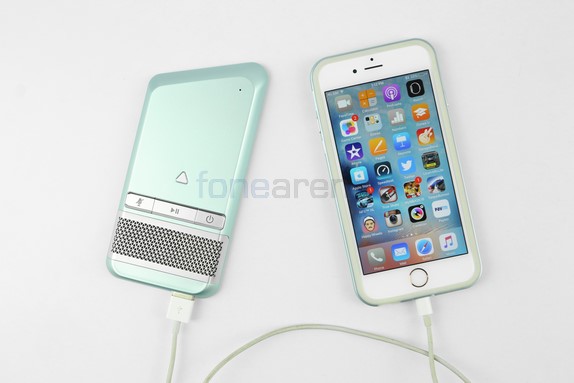 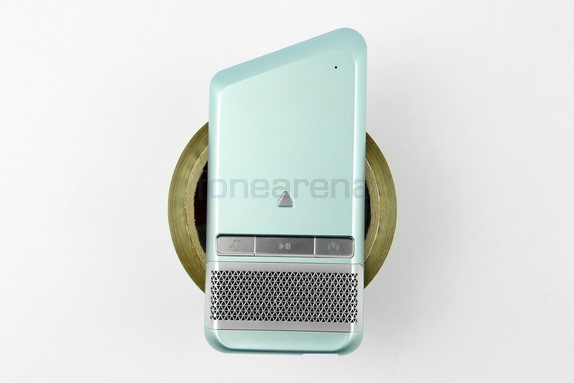 The ZAGG Speaker Case for the iPhone 6/6S is a good buy for those who want to enjoy music and movies on the go or at home. The added bonus is that you can use it just as a case if needed and that the speaker is detachable. It is a bit pricey at Rs 5,399 but there are very few similar options out there and even fewer that bring this level of build quality or performance.

Siraj contributed to this review