Microsoft had previewed Office apps update for iPad Pro in September and now the company is making these apps available for download. The Office apps include Word, Excel, PowerPoint, Outlook and OneNote. 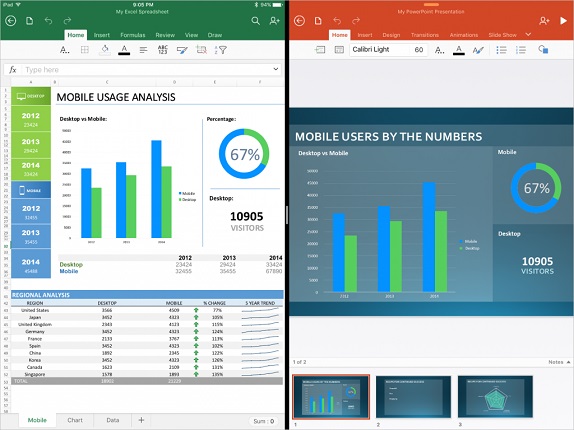 The Office apps are optimized to take full advantage of the multi-tasking features on the iPad Pro. ‘Split View’ feature on the iOS 9 will now let users access two Office apps side by side on the same screen on your new iPad Pro. This means if you are working on Excel about some business results, you can update the corresponding chart in PowerPoint at the same time that will show your data and presentation side by side. 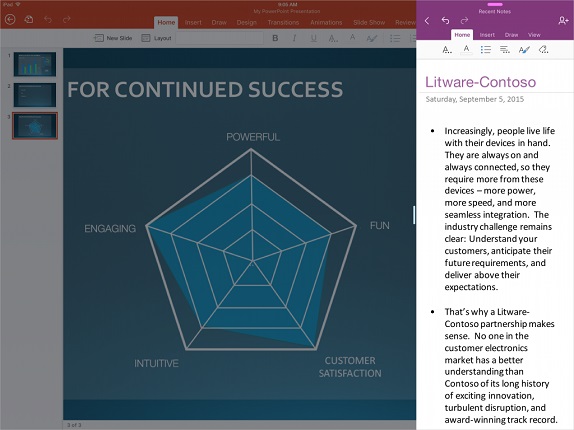 With the Slide Over feature you can keep the first app open and open a second one. This is a handy feature as you can work on a project easily using two different Office apps. Moving on, Office apps now bring support for wireless keyboard, which will let iPad users to be more productive. Word, Excel and PowerPoint apps lets you view documents for free, but creating and editing documents on larger devices like the iPad Pro or Microsoft’s Surface tablets requires a qualifying Office 365 subscription.