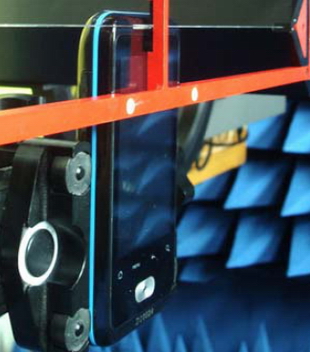 The FCC (Federal Communications Commission) is known to be a source from which many leaks are spotted. But usually they just post blueprints of phones and not the real live photos. But this time, that’s exactly what they did.

The FCC has just approved a device called the HTC PC70110. This handset is believed to actually be the HTC Wildfire. Wildfire will be the actual name if it is the same phone. The PC70110 is just a codename the company uses.

The device is a side-slide out QWERTY phone with a full touchscreen on the front. The phone colour is a mix of black on the front and bottom and blue on the area around the keyboard.

It will mostly run on Google’s Android OS judging from the four-touch sensitive keys below the screen.