It looks like Samsung is working on successors of the Galaxy A3 and Galaxy A7. Specifications of the both the phones from the A series have surfaced on GFXBench benchmarking site. 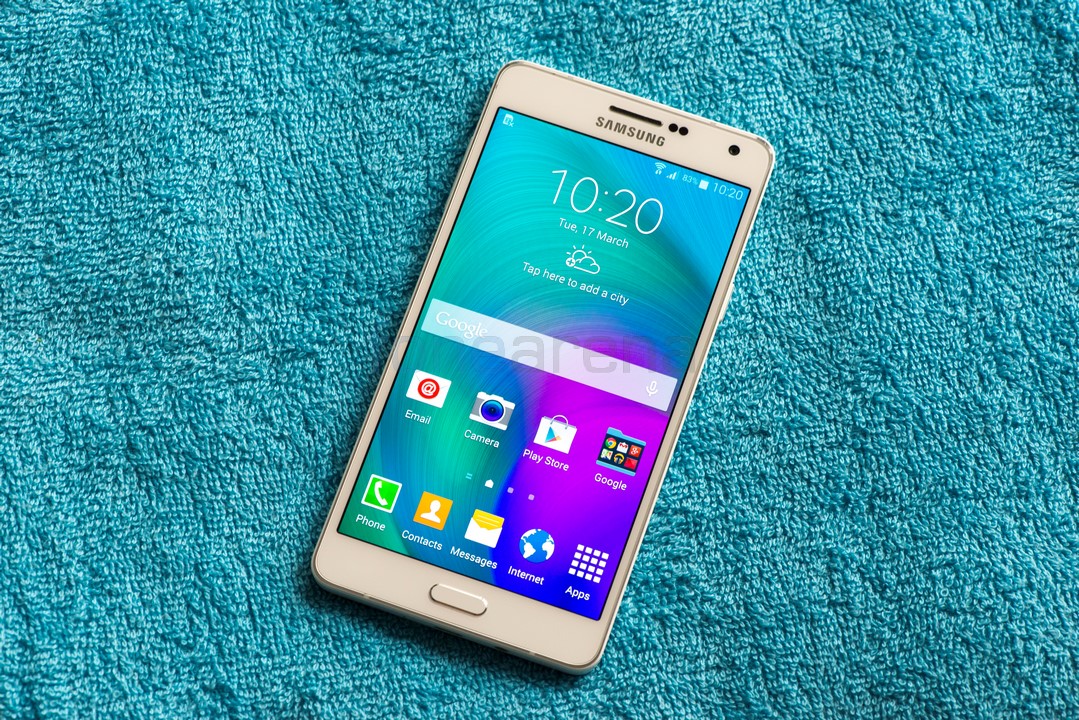 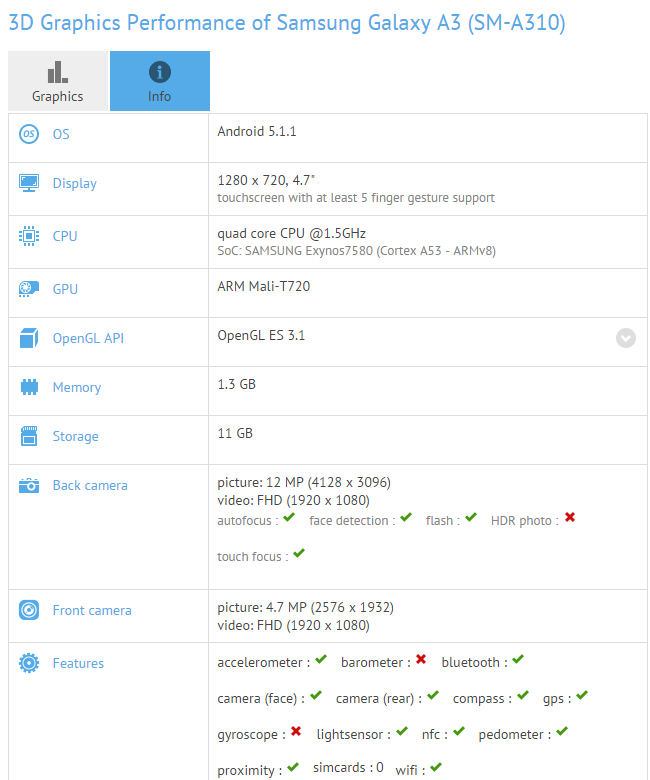 The possible Galaxy A7 on the other hand has a model number SM-A710x. This one sports a 5.5-inch FHD screen with 1080 x 1920 resolution and is powered by 1.5GHz octa-core Snapdragon 615 chipset drives and the Adreno 405 GPU. It comes with 3GB RAM and 16GB of native memory. It also features a 13MP rear and 5MP front facing camera and comes with Android 5.1.1 is pre-installed. 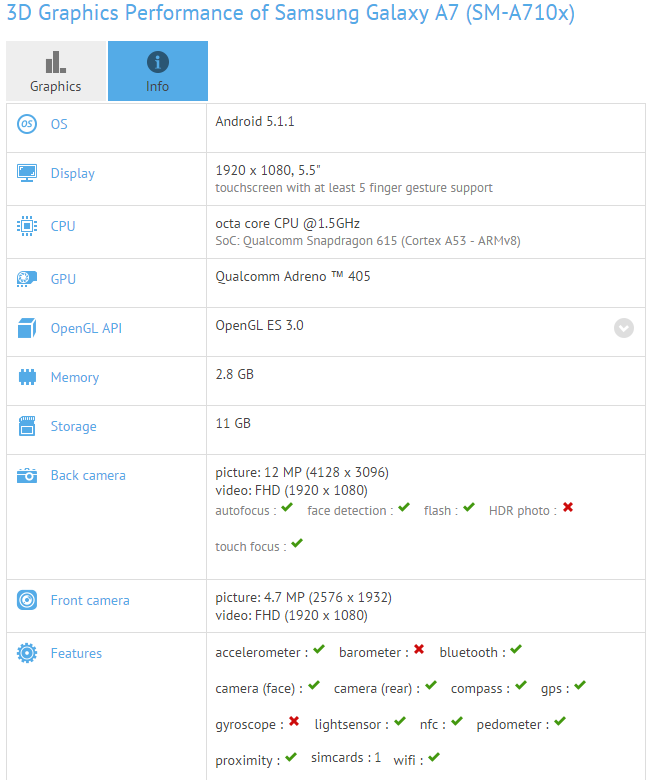