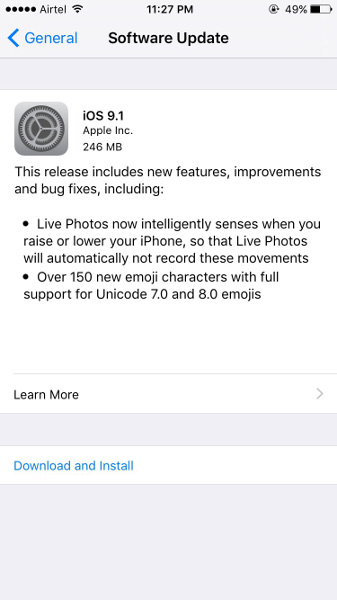 Size of the update might vary depending on the device. You can upgrade over-the-air on compatible devices by going to Settings > General > Software Update.