Lenovo is working on a new smartphone that is supposedly being designed by Motorola. A new leak of the phone has been rendered by popular leakster @upleaks. 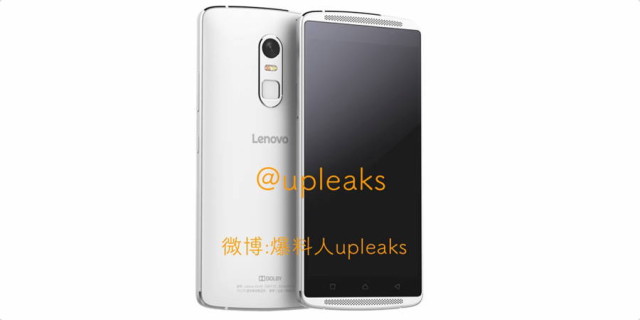 The phone that is code named as Lemon X has surfaced in the leak that is taken down at the moment. As per the image, the Lemon X sports a design which is closer to Motorola devices and has a metal body with thin bezels. We can see the antennae band wrapped around the outer edge of the phone which we have , already seen on Motorola’s Moto X as well as the Nexus 6. The image shows back of the phone that has a camera lens along with LED flash. Also there is a possibility that the phone will have a fingerprint scanner. Front side of the phone also has speakers at the top and bottom. Three capacitive touch buttons are also seen in the photo.

Considering the image, it looks like the phone will be a mid range to high end smartphone. At the moment, there is no information about the specifications of the phone.