BlackBerry Venice, the upcoming Android smartphone from the company has been leaked several times in photos and videos. Today, live images that offer a detailed look at the Android OS running on the the slider phone have surfaced. 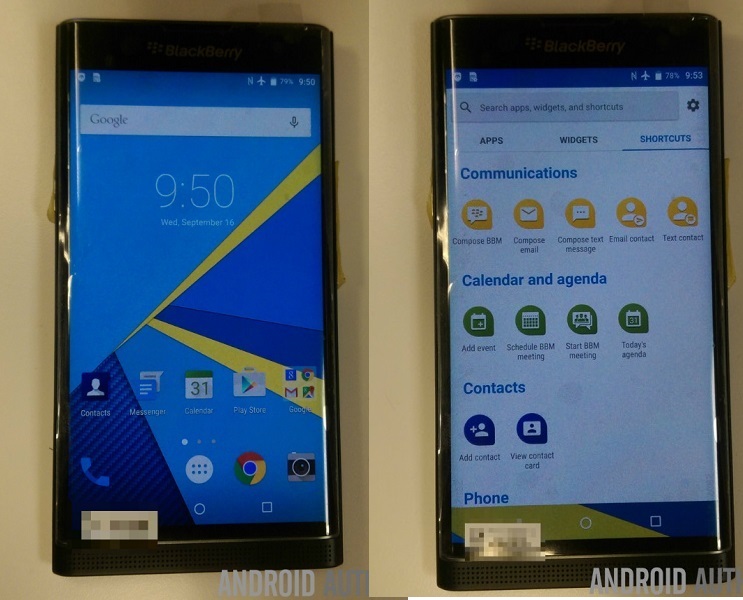 As per the live images, the Venice slider phone is seen running on stock Android OS with custom icons. One of the photos shows recent apps that are placed in a card style format in different sizes depending upon how often you use them. Moving on another image suggests that lifting a finger up the center of the device will brings up Google Now, BBM and a local search with BlackBerry logo. 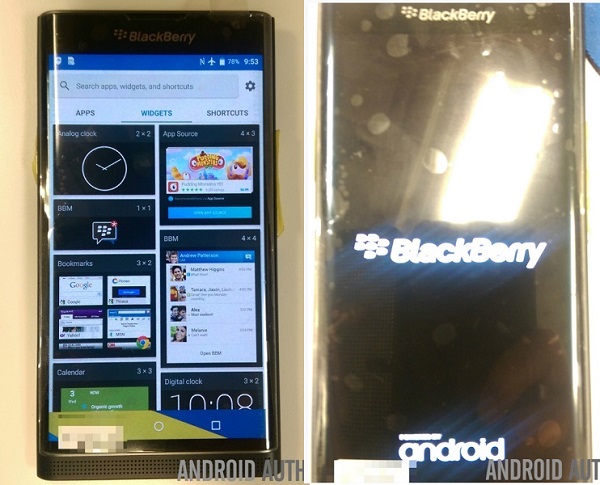 Several BlackBerry shortcuts including Compose BBM, Compose Email, Compose Text Message, Email contact, and Text Contact are also seen in one of the image. In addition, Calendar and agenda shortcuts along with one for adding contacts and viewing contact cards are visible as well. The bootscreen live image shows the BlackBerry logo near the top, followed by the phrase “powered by Android. An earlier leak had hinted that the Venice will feature BlackBerry’s Productivity Suite, Communication Suite and Security Suite.

Previous rumors have suggested that the BlackBerry Venice will have a 5.4-inch Quad HD display, powered by a 1.8 GHz Hexa-core Snapdragon 808 64-bit SoC and 3GB RAM. It is rumored to launch on all the four major U.S. carriers, Sprint, T-Mobile, AT&T and Verizon in November.