Meizu is expected to announce its next flagship ‘Pro 5’ at an event on September 23. Today, the phone which is code named Meizu NIUX was spotted on Geekbench. 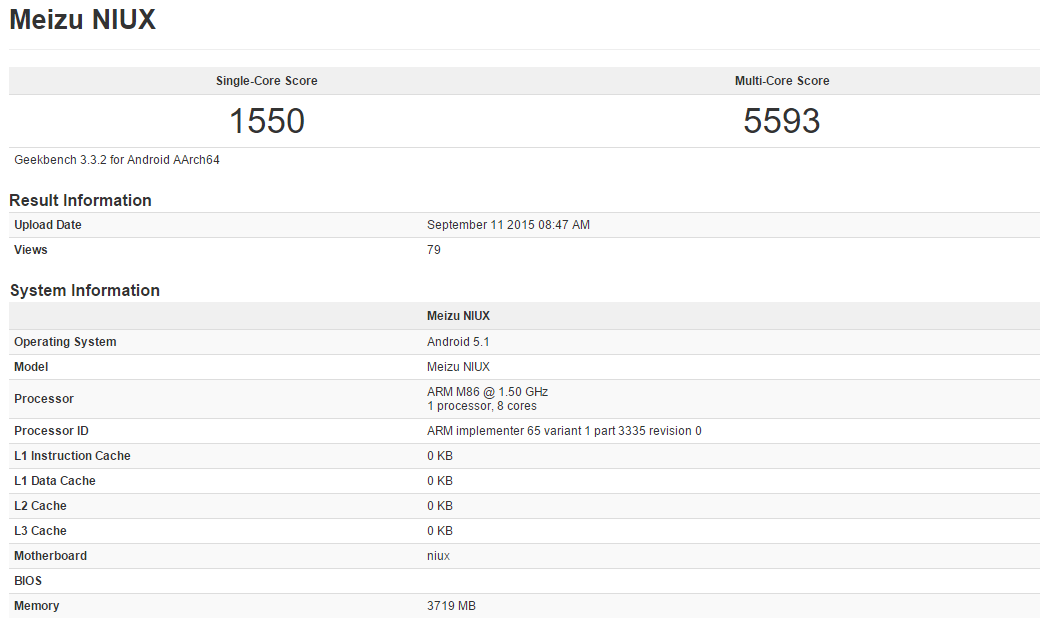 The Meizu Pro 5 or NIUX will have arrive in two variants that will be different only in used chipset. One will be powered by the MediaTek MT6797 chipset, and the other will use the Exynos 7420. The device with Exynos 7420 had visited Geekbench and as per the listing the device managed to score 1,550 points in a single-core test and 5,593 in a multi-core test. In comparison, Galaxy Note5 with the same chipset scored 1,490 in single-core, and 4,950 in multi-core test.