Samsung Galaxy Mega On smartphone has been spotted again on a benchmark listing. The entry level phablet that has a model number SM-G6000 has passed through GeekBench. 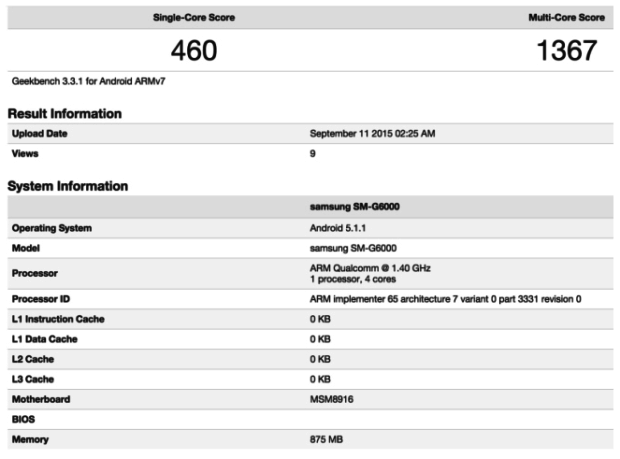 Other information regarding the specifications of the phone from the listing suggests that it will come pre- loaded with Android 5.1.1. Last month, the same device had featured on AnTuTu benchmark listing suggesting that it will port a 5.5 inch 720p touchscreen display, a 13MP camera at the back, a 5MP front facing shooter, 8GB of internal memory and a 3,000 mAh battery. At the moment, there are no details about the pricing and availability of the phone. The Galaxy Mega On is a device from Samsung’s O series that will also boasts of a device dubbed as Galaxy Grand On.