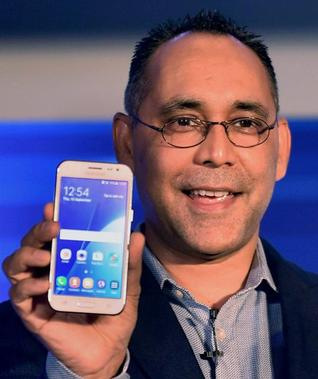 Samsung today introduced the Galaxy J2, the company’s latest budget 4G smartphone in India, according to a report from The Hindu Business Line. The smartphone is powered by a 1.3GHz quad-core processor, packs 1GB of RAM and has new ultra data saving mode that would compress the data across all contents such as videos, photos, media, most apps and websites to save data up to 50%. This is similar to Opera Max that was launched in India in June.

The company has launched 17 4G smartphones in India so far. Last month it launched the Galaxy Grand Prime 4G  for Rs. 11,000. We still don’t have the complete specifications of the smartphone. According to earlier rumors, the smartphone will feature a 4.7-inch qHD screen, run on Android 5.1.1 (Lollipop), come with a 5MP auto focus rear camera with LED Flash, 2MP front-facing camera, dual SIM support and a 2000mAh battery.

The Samsung Galaxy J2 is priced at Rs. 8490 and will hit the stores on September 21st.

[Update: Samsung has officially launched the Galaxy J2 smartphone at an event in Bangalore.]