Twitter has updated its Windows 10 app with a number of features. The app has finally received features which were already present on its mobile apps. 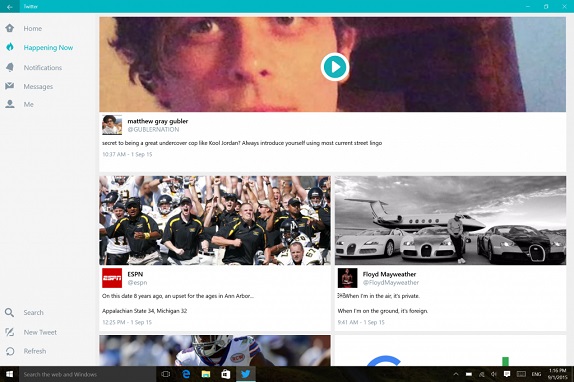 The Twitter app for Windows 10 now gets group messaging feature that allows users to direct message (DM) with more than one person and lets you add multiple contacts to a group chat. You can start a group chat with any of your followers, but those individuals don’t have to follow each other to participate in your chat. Next up, the app now supports multiple accounts which means you can add and quickly switch between multiple Twitter accounts right from within the app.

Users can now comment on other people’s Tweets with the Quote Tweet feature and view and subscribe to lists. The update brings a new Happening Now section which should keep you up on whatever’s trending at all times. Finally, Now unsent Tweets are saved into drafts folder that can be used later. Twitter had released the native Windows 10 app in July this year.