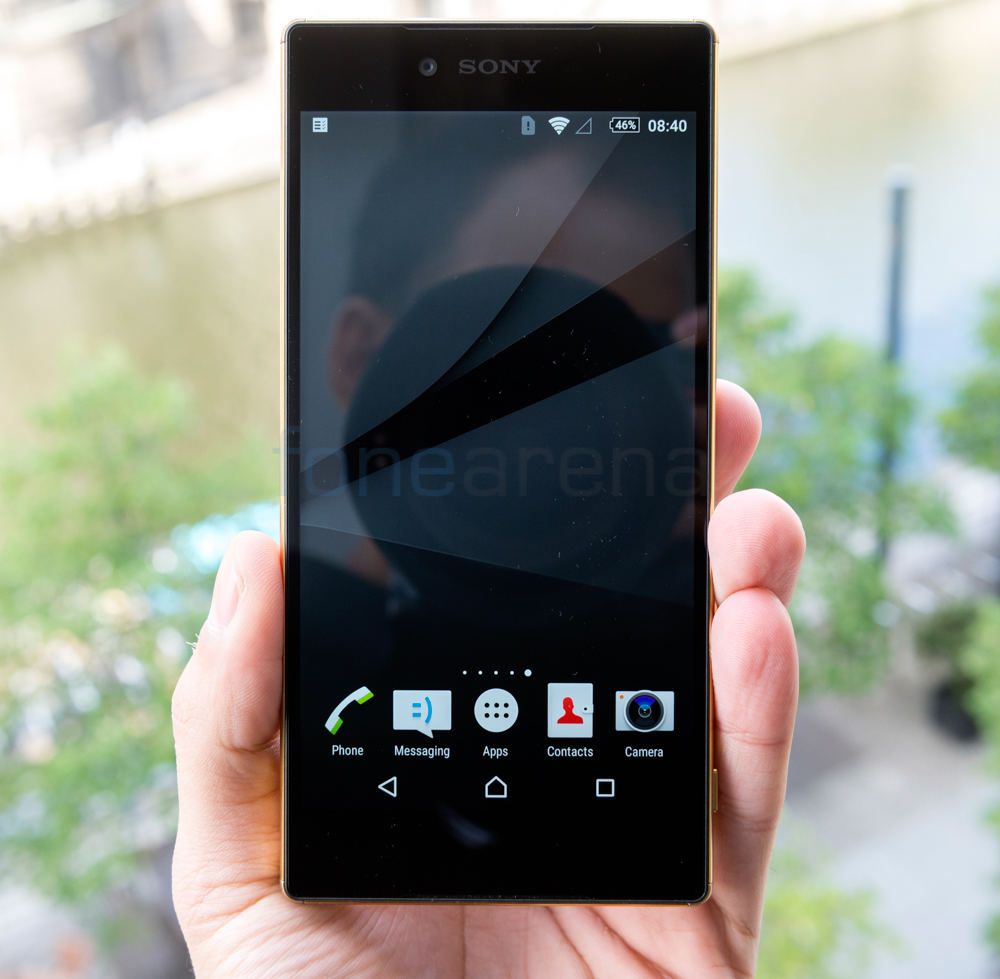 Along with the Xperia Z5, Sony also introduced a new flagship product called the Xperia Z5 Premium and boy is the name apt for the phone. The Z5 Premium is the world’s first smartphone to come with a 4K display. Even in 2015, we have had flagships from various manufacturers with 1080p displays and while many think of 1440p to be overkill, we have Sony here with a 4K display on a smartphone. We went hands on with the device to see whether or not the display really does justice on a smartphone screen and to check out the other aspects of the device.

The Xperia Z5 Premium has a design that is identical to the Z5. Sony just took a photocopier switched the magnification tool to 1.3x and the resulting device is the Z5 Premium. The device is also slightly thicker than the Xperia Z5. The handling remains the same overall and the device isn’t too difficult to handle despite having big bezels above and below the display.

The 5.5″ display is sharp. Sharp beyond anything we see and while is isn’t something we can see easily while using it, it is clearly evident when viewing high resolution photos and videos. The sharpness could be called overkill but you can certainly tell the difference when viewed next to a 1080p or even 1440p phone with the right content. The display isn’t as bright as the one on the Z5 however and that is possibly because of the extra pixels that it has to push. It is quite reflective like the Z5 and that impacts sunlight legibility.

Having so many pixels to process will definitely take a toll on the battery life and Sony seem to understand that. That is why they have included a 3430 mAH battery in the device. Whether that is enough or not is something that remains to be seen. But if we are thinking positively, Sony flagship devices always have good battery life such as the Z2, Z3, Z3+ etc. But then again 4K display is a massive increase in the power consumption so we will reserve our judgement till we actually review the phone.

Above the display, you have the new 5 Megapixel front facing camera, the Sony logo as well as the ambient light and proximity sensors. Like the Z3+/Z4, the Z5 also drops the protective cover for the microUSB port which is at the bottom while still managing to maintain the water resistant properties of the device. You also have the lanyard eyelet at the bottom. 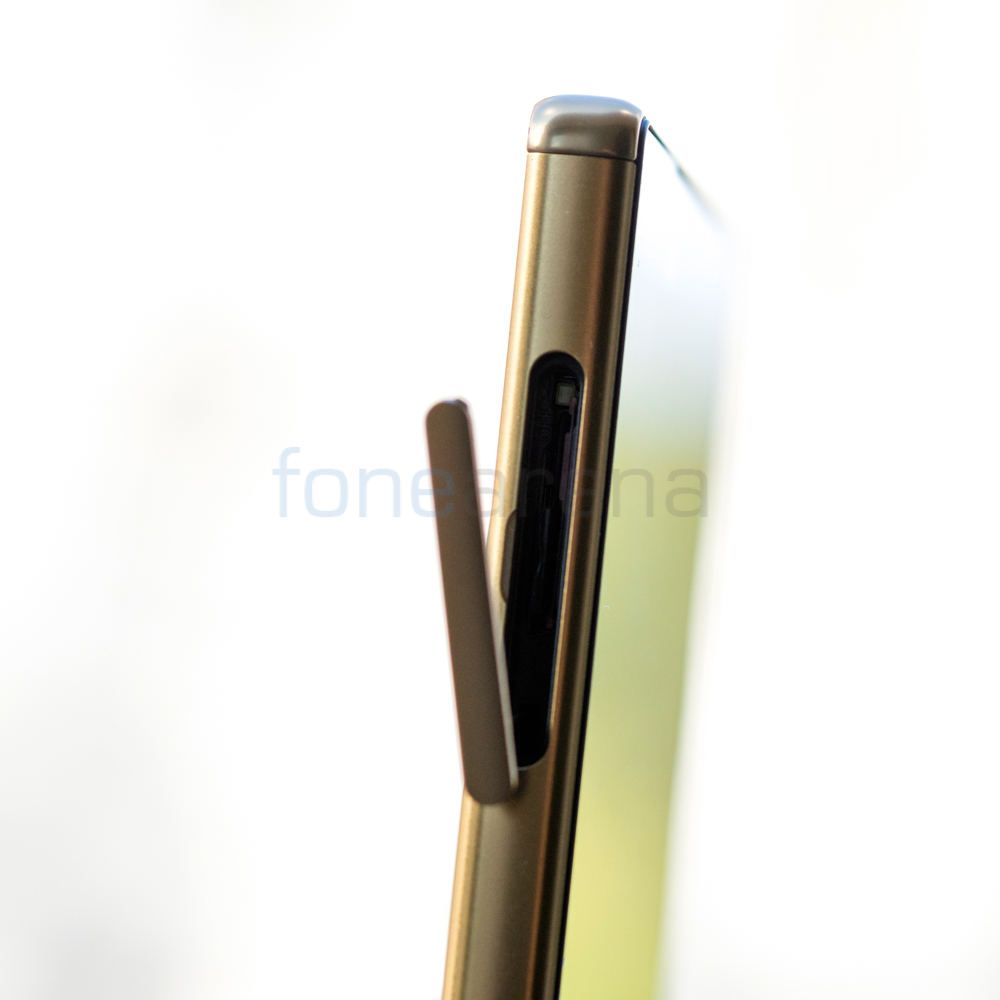 The left side now houses the microSD card slot and the nano SIM slot under a protective flap. There is also a nice embossed Xperia logo on the bottom left.

At the right side, you have the new power/lock key that has an integrated fingerprint scanner. You can click the button to wake the device up and the fingerprint is recognised just by placing your finger over it. We quite liked the location of the key and your thumb perfectly falls on the sensor. The solution may not be as ideal as having it on the home button but it definitely is better than having a fingerprint sensor at the back of the device. The fingerprint sensor is very sensitive and really accurate.

The volume rocker is now placed even lower and below that, you have the camera shutter button as well. At the top, you have the secondary microphone and the 3.5mm audio jack. 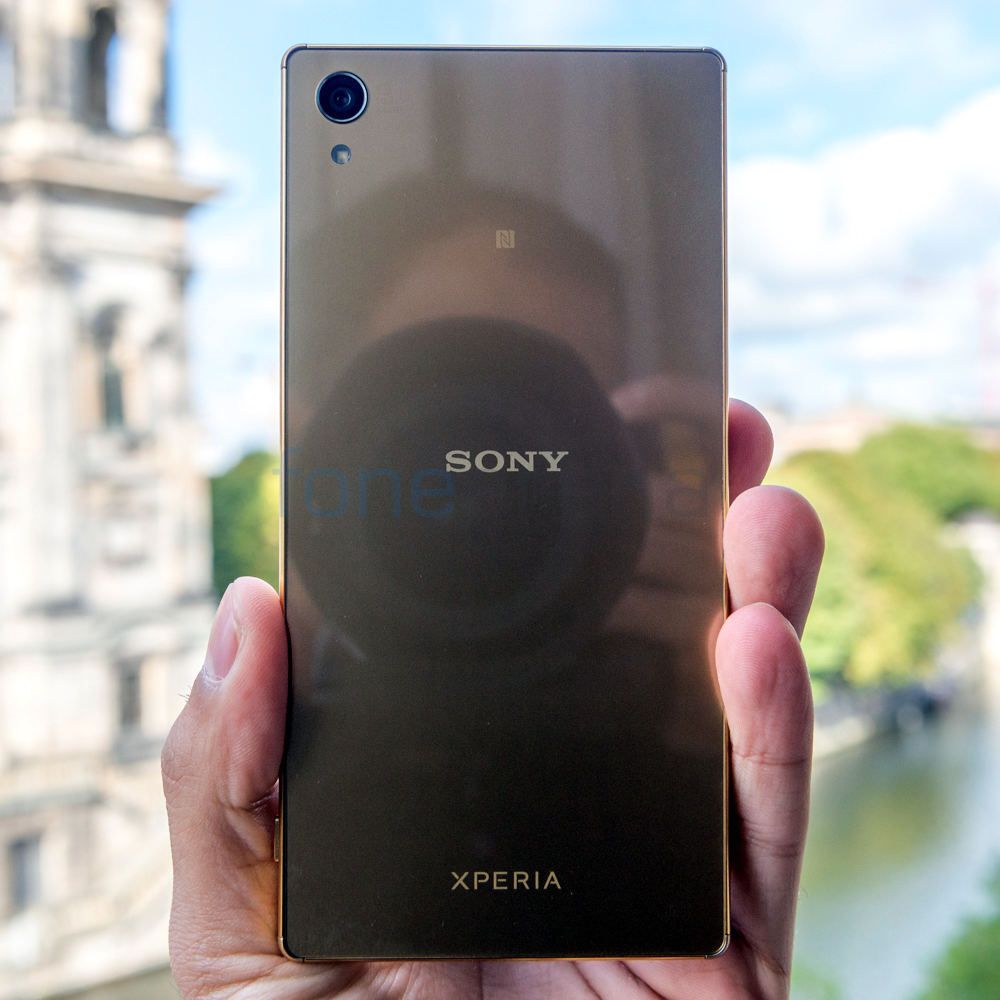 At the back, you have the new 23 Megapixel camera sensor that is an upgrade from the 20.7 Megapixel sensor that Sony has been using in flagships since the Xperia Z1. The performance is is good in well lit conditions however noise does creep in during low light conditions. The images have good colour processing and white balance. There is plenty of detail in both 16:9 and 4:3 modes. You can capture full 23 megapixel resolution images in 4:3 aspect ratio mode while 16:9 aspect ratio mode can be captured at a maximum resolution of 20 Megapixel.

The dynamic range is much better than previous Z flagships and HDR mode improves it even further. Video recording is great especially in 4K resolution however the field of view becomes narrower in 4K mode. The stabiliser feature works wonderfully well at getting stable handheld videos.

The Snapdragon 810 processor managed to work well and didn’t really over heat or cause any lag. 3GB of RAM seemed to handle multi-tasking easily as well. We expected there to be quite a lot of issues especially with the 810 processor pushing 4K resolution however everything was smooth. But we will pass our final judgement when we use the device over a long period of time. OnePlus has a flagship 5.5″ device with a 1080p display, LG has a flagship 5.5″ device with a 1440p display but Sony has a 5.5″ device with a 4K display. That is quite a big thing to brag about and even the people who buy this device would either be buying it for bragging rights as well or perhaps if they are people who love watching videos and movies on their smartphone.