Xiaomi is tipped to be working on a smartphone that has a curved display similar to the Samsung Galaxy S6 Edge. A new report from Chinese website Mobile dad says that the phone will be called as Mi Edge. 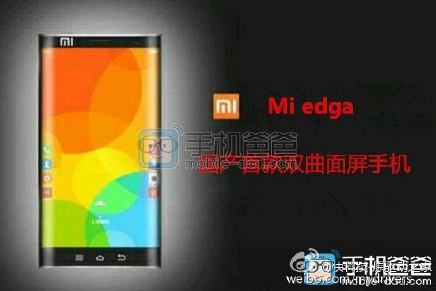 As per the report, the Mi Edge is rumoured to sport a 5.2-inch display with a 1440 x 2560 QHD resolution screen. The pixel density on the handset is said to be 565ppi. It will be powered by a Snapdragon 808 chipset and there will either be a 3GB or 4GB RAM. The phone is expected to feature a 16MP rear camera and a fingerprint scanner. Mi Edge is tipped to come to market in October, priced at the equivalent of $391 USD, adds the report.

The phone is said to boast metal chassis and will probably come covered with metal shell as well. Other hardware details such as storage capacity, front-camera and battery are still not known as of now. It must be noted that it is too soon to say anything of the Mi Edge as nothing is official yet. However, if true, this will be a high end device from Xiaomi, a company that has always focused on budget devices offering top features.