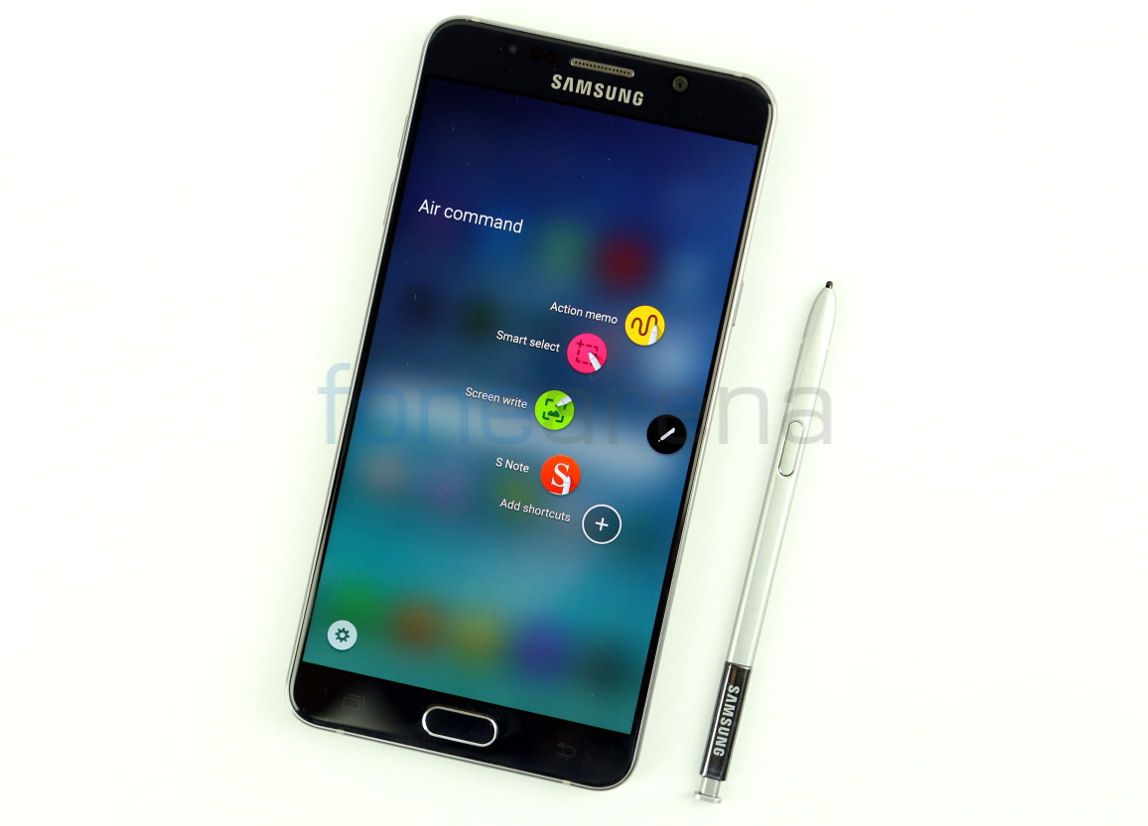 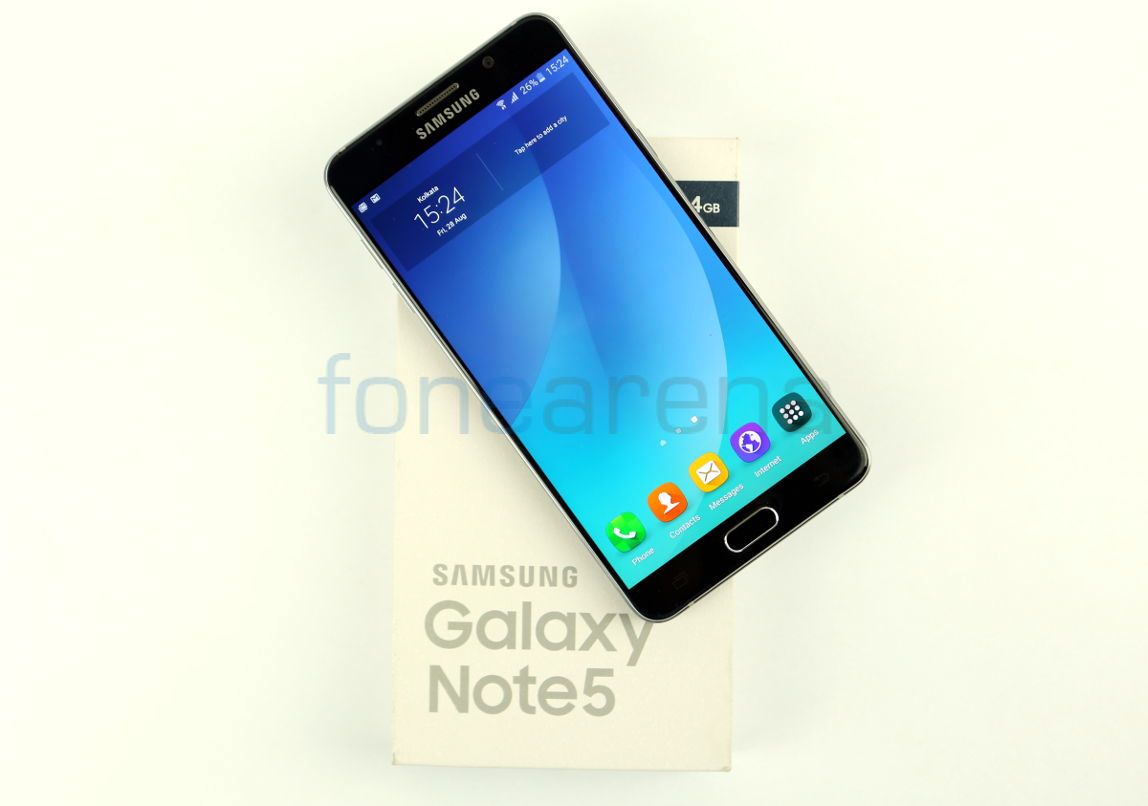 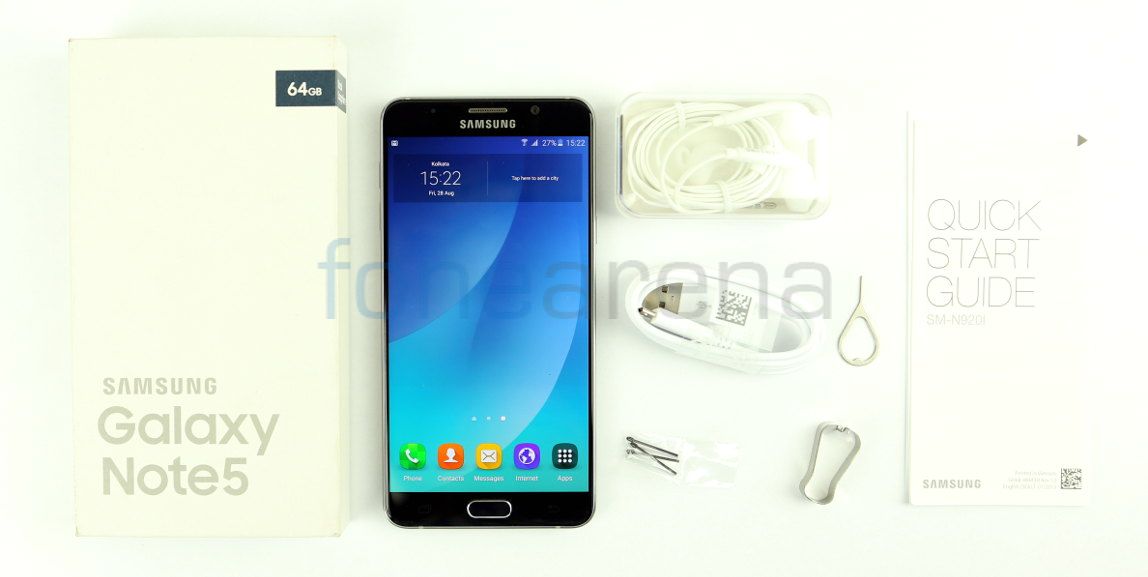 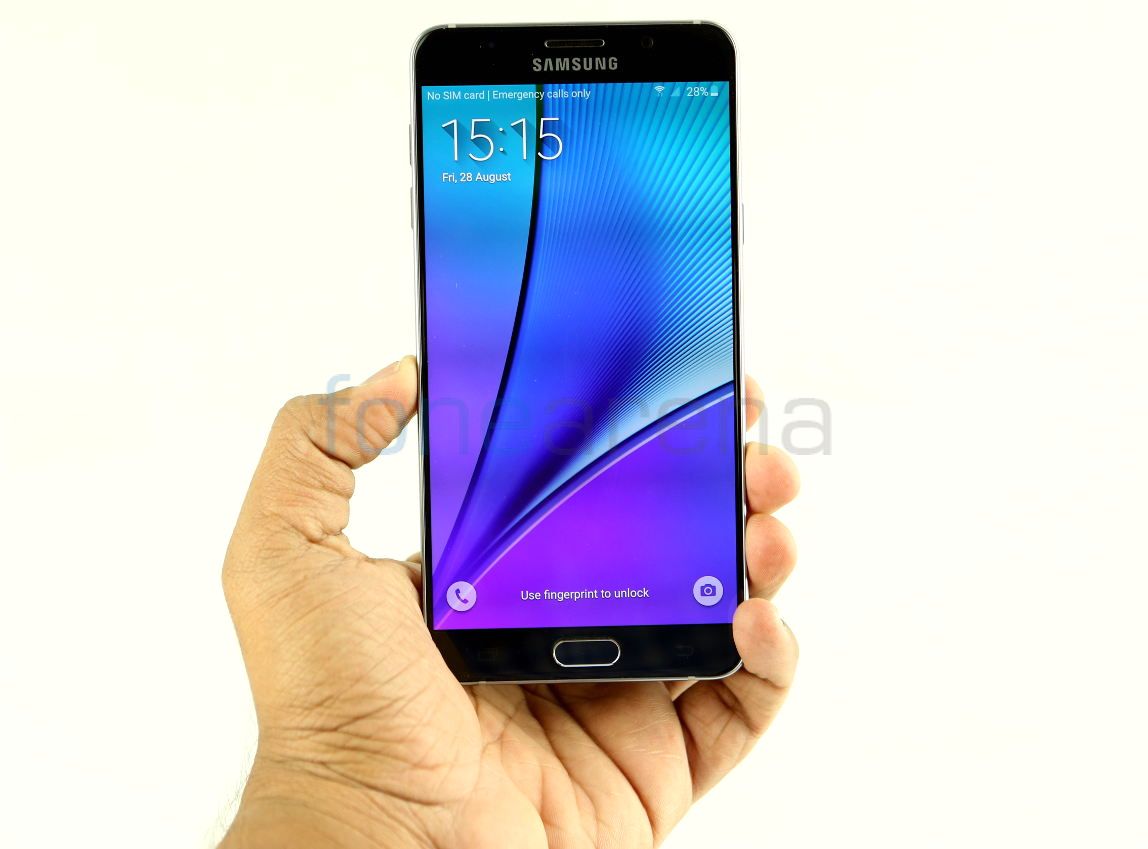 It has improved S Pen stylus with push to eject/insert mechanism. Air Command launches instantly when the S Pen is removed so that you access Action Memo, Smart Select, Screen Write and more easily. You can also add up to 3 favorite app shortcuts. It has a 5-megapixel front-facing camera with f/1.9 aperture. It also has a fingerprint sensor embedded into the home button that can now be used for Samsung Pay as well. It has 4G LTE connectivity. The version which we got will be launched in India since it has support for B3 (1800MHz) and B40 (2300MHz). 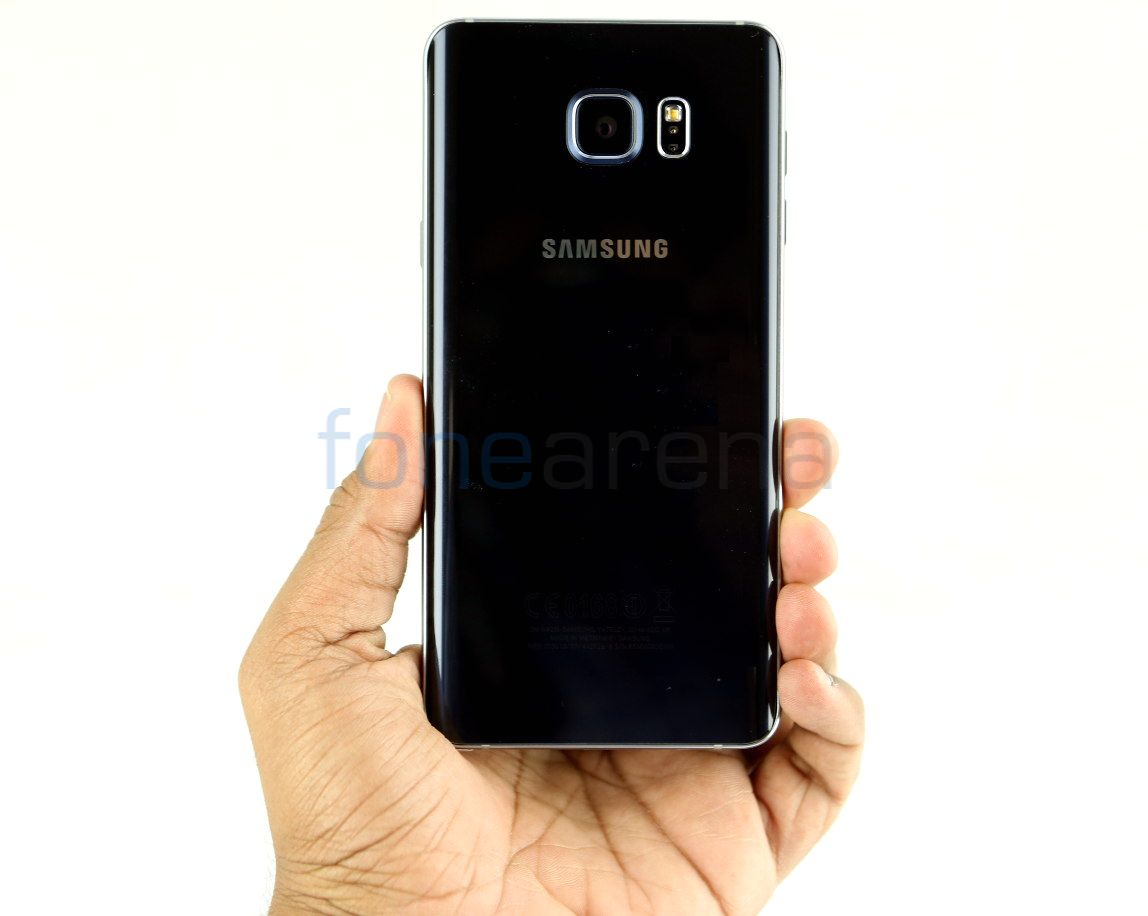 It has a similar design as the Galaxy S6 series with a glass back. It has a 16-megapixel rear camera with LED flash, f/1.9 aperture and OIS and also has a Heart rate sensor. It has a 3,000mAh built-in battery with Fast Charging. The Note5 also comes in White Pearl, Gold Platinum and Silver Titanium colors.