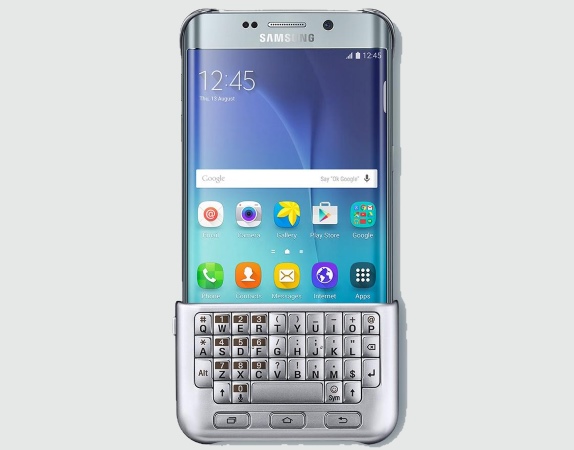 We have been hearing a lot of rumours about Samsung’s Galaxy S6 Edge successor over the past few weeks. Fresh in line is a physical keyboard accessory for the alleged S6 Edge+ that will retail for around 60 Euros.

Last week, when famous tipster @evleaks posted an image of the Galaxy S6 Edge+ with a physical keyboard accessory, it seemed that Samsung might bundle it with the smartphone. Now, according to GSMinfo (via SamMobile), the rumored keyboard accessory will be separately priced for 60 Euros (approximately Rs. 4,100).

Other than that, there will be few other accessories for the Galaxy S6 Edge+ smartphone. As per listing by a Dutch retailer, there will also be a Flip Wallet priced at 25 Euros, Glossy Cover for 25 Euros, and Clearview Cover for 40 Euros. All these accessories are listed to be available from August 22, a day after when the Galaxy S6 Edge+ is expected to roll out. But it is not clear if the accessories will be officially made available by Samsung or not.

To remind you, Samsung’s Galaxy Unpacked 2015 event is schedule to take place at Alice Tully Hall, Lincoln Center, New York on August 13 at 11:00AM ET (8:30 PM IST). Here, Samsung is expected to announce the Galaxy S6 Edge+ and the flagship Galaxy Note 5.