Karbonn Mobiles has collaborated  with  Water World Co. to set up a manufacturing plant in Noida. Dubbed as Million Club Manufacturing (MCM), the joint venture has the capability to produce 1.5 million phones per month. 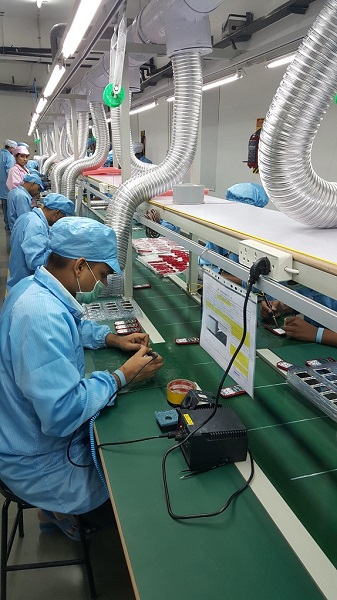 The initial investment made to set up the unit is INR 50 crores; and INR 100 crores will be invested in the next stage of development. Spread across 1,50,000 square feet, the manufacturing unit employees close to 2,000 technicians. Karbonn sells about two million handsets a month and expects its revenues to touch Rs 4,500 crore by March this year. It currently sources its devices from China and Taiwan.

Karbonn is the latest mobile company that is taking part in the ‘Make in India’ initiative to boost local manufacturing. Last week, Chinese manufacturer Vivo announced its plans to invest Rs 500 cr for manufacturing mobile phones. Other companies who have decided to start manufacturing in India are HTC, Sony, Microsoft, LG, Lenovo, Motorola, Asus, Micromax and Celkon.