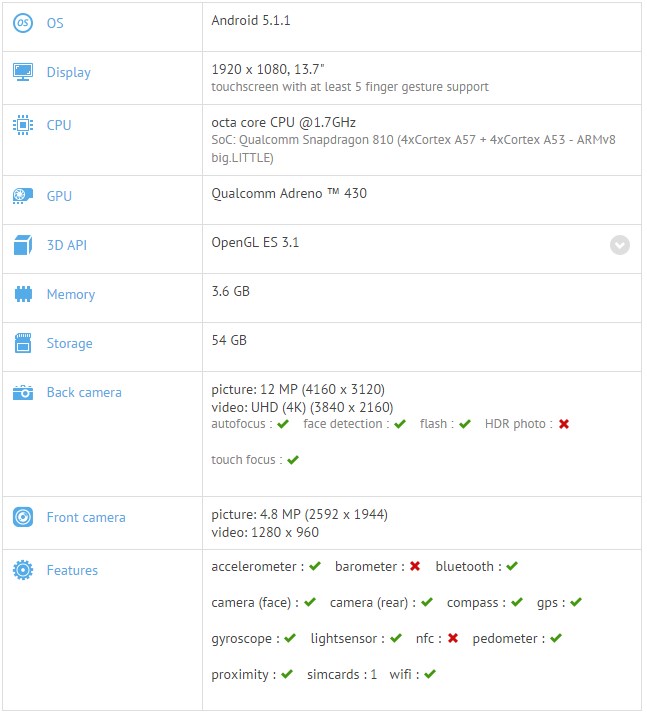 The most powerful variant of the OnePlus 2 a.k.a the A2005 has just been benchmarked on GFXBench. The benchmark reveals that the device has 4GB of RAM and 64GB of storage on board.

The display is shown to be a 13.7″ 1080p display but that’s probably because it was connected to an external monitor while benchmarking. The device is shown to be running Android 5.1.1 and is powered by a Qualcomm Snapdragon 810 processor clocked in at 1.7GHz along with an Adreno 430 GPU.

Out of 64GB of storage, seems about 54GB is accessible to the user and a total of 3.6GB of RAM is available out of the 4GB. The device is also shown to have a 13 Megapixel camera and a 5 Megapixel front facing camera. Video recording maxes out at 4k resolution on the main camera while the front facing camera has a maximum video resolution of 1280×950 pixels.

The OnePlus 2 is less than 24 hours away from its official announcement which happens at 7:30 AM IST (10:00 PM ET) so we will get to know more about the device and all its specifications then,