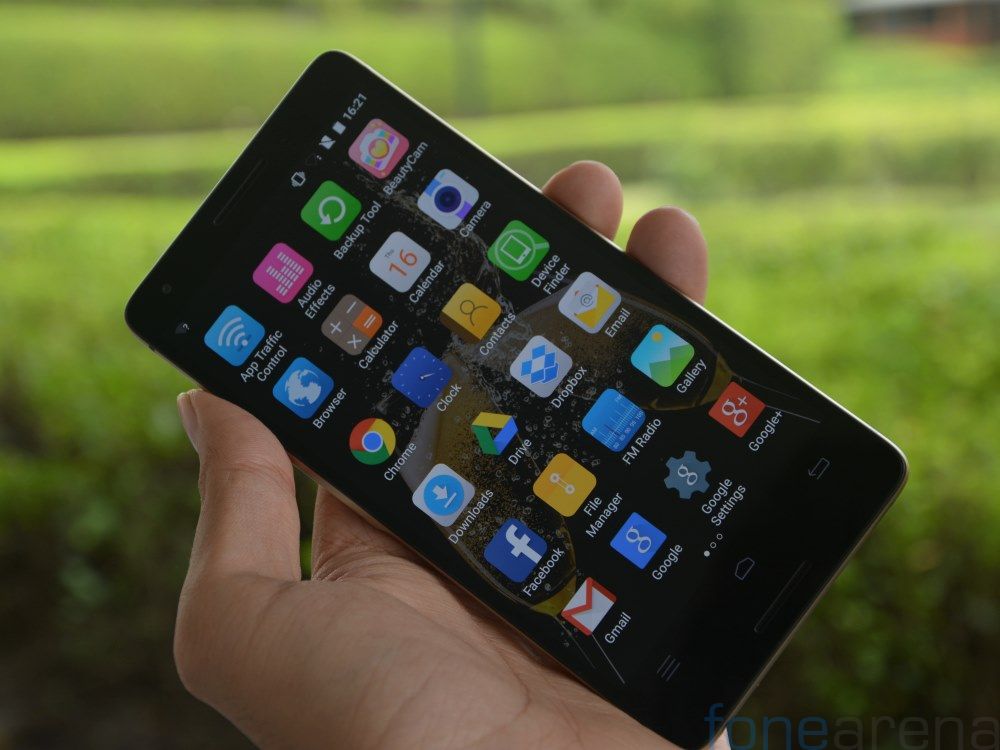 Last month, InFocus added a power packed smartphone to its portfolio in India dubbed the InFocus M810 at Rs. 14,999. Based on specifications, the smartphone looks impressive, but is it worth? We find out in our detailed review.

The InFocus M810 is a well-built device with beautiful looks borrowed from Sony’s Xperia Z series of smartphones. Front and back of the handset boasts of tough Corning Gorilla Glass 3, whereas the full rim around the display is made of metal alloy. Overall the M810 feels premium. 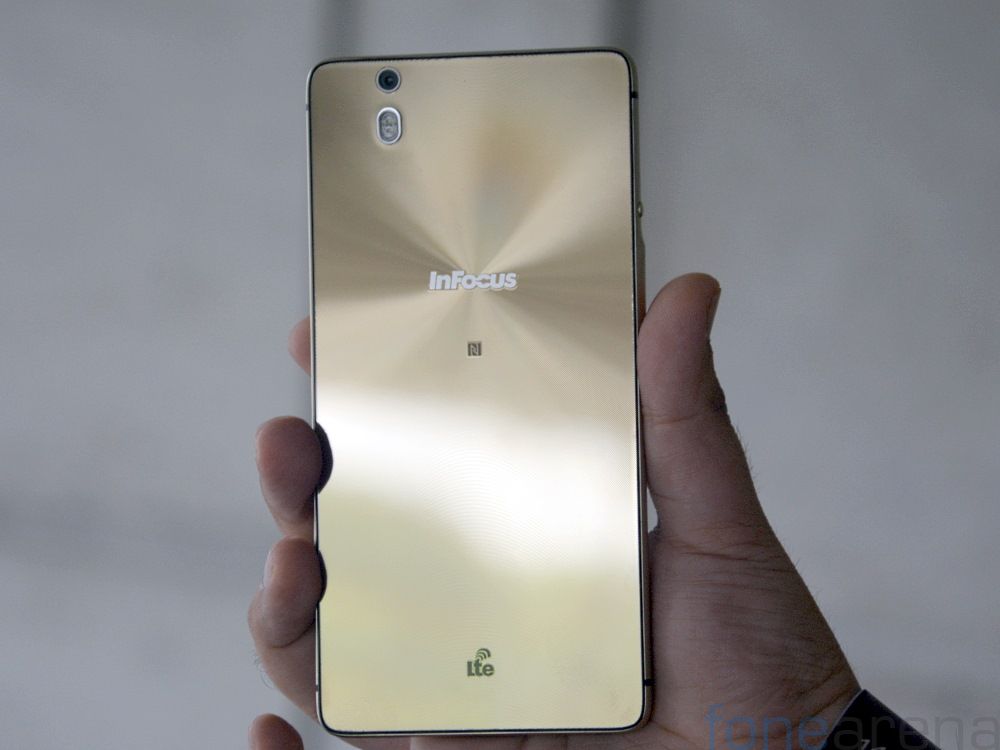 The front of the smartphone is all black and packs a 5.5-inch 1080p screen. Above the display sits front facing 5-megapixel camera, earpiece grill, proximity sensor and light sensor. The three capacitive backlit touch buttons, notification LED and the loudspeaker grill sits below the display. 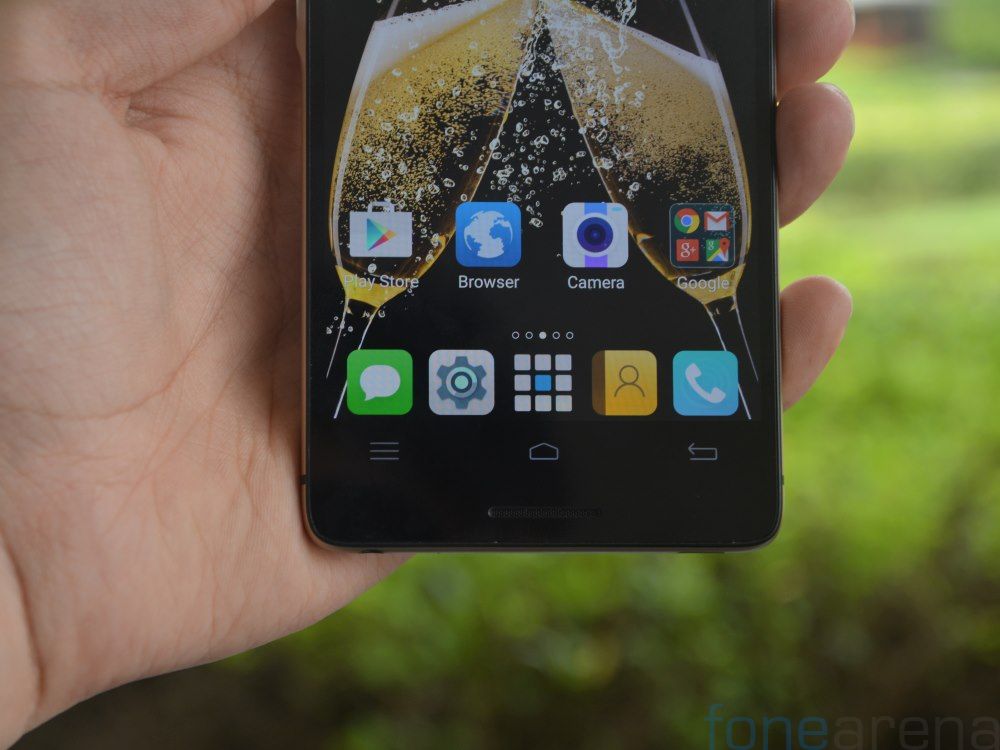 The shiny golden glass-back and matte gold sides looks great, unfortunately that’s the only colour available in India. The phone was also launched in black colour in China.

The back side of the M810 features a 13-megapixel autofocus camera with true tone LED flash on the top left corner. 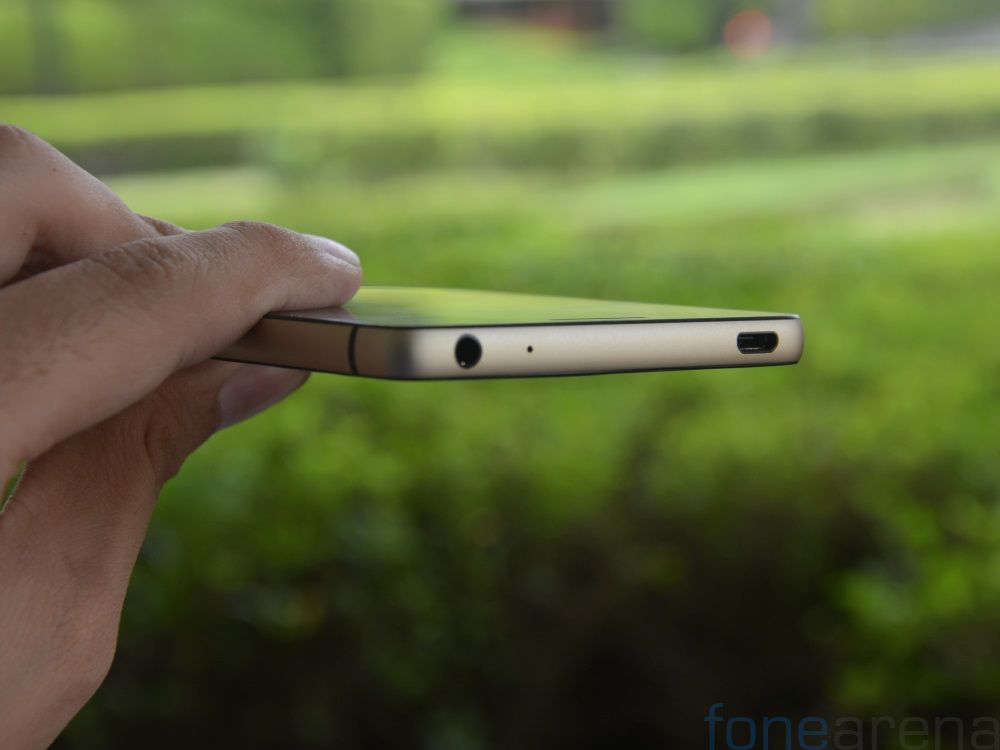 Right side of the handset has the SIM card and microSD card trays. Left features power / lock key and the volume rocker. The device is pretty lightweight with 156 grams and measures 153.7x 76.2 x 6.99 mm.

The InFocus M810 packs a 5.5-inch full-HD (1080×1920 pixels) display with pixel density of 401ppi. The display is pretty sharp and viewing angles are great. We would say it is one of the highlight as well. 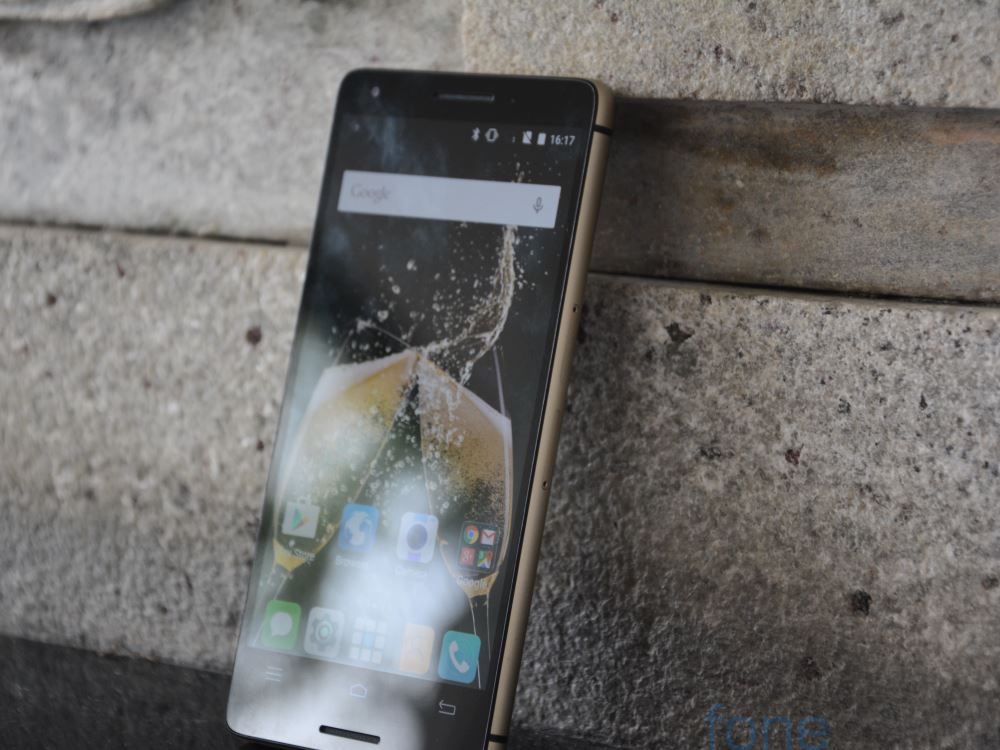 The brightness levels are good too, but because of its reflective nature, the sunlight legibility is little low, and you will definitely find difficulty under the direct sunlight. One another little issue with the phone is that the front and back is very prone to fingerprints / smudges, but then you can always workaround with little adjustments like – a matte back protector and now-a-days popular glass screen protector. So overall we liked the display of M810.

The InFocus M810 is powered by a 2.5GHz quad-core Snapdragon 801 processor and runs on Android 5.0.2 Lollipop with company’s InLife UI skinned on top. 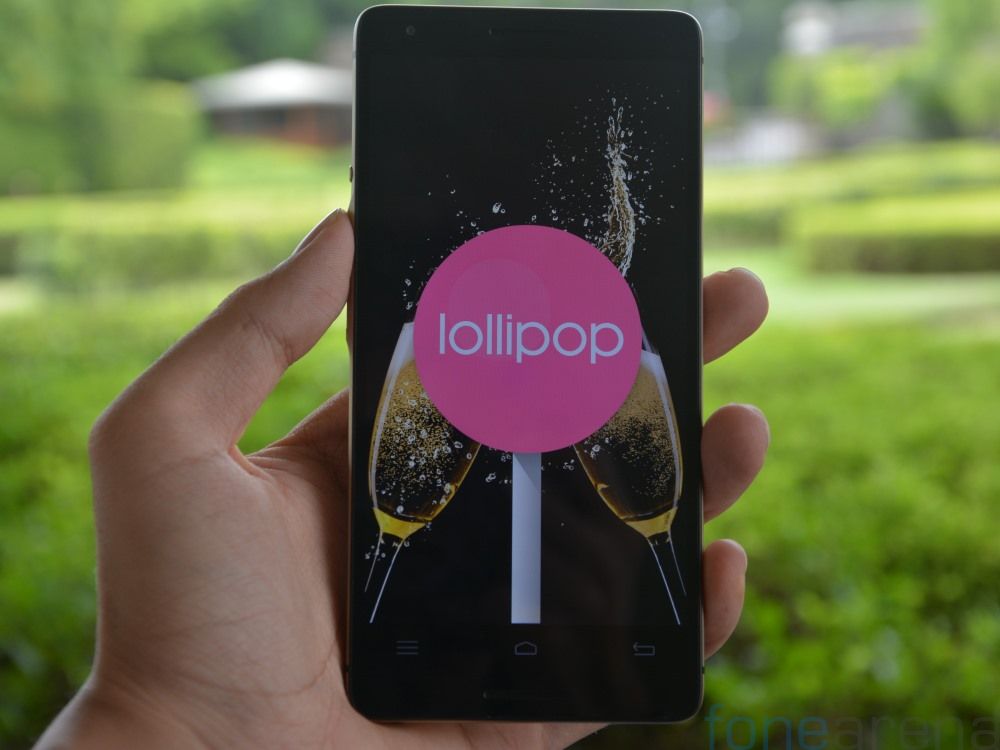 The SoC is backed by 2GB of RAM and storage is 16GB (user available approx. 11GB). This makes the M810 a direct competition to the Xiaomi’s Mi 4 16GB variant which recently received a price cut and is now available at 14,999. Although Mi 4 has a 3GB of RAM. The good part in InFocus M810 is that the smartphone also supports microSD card (up to 64GB) expansion, which the Mi 4 lacks.

About the performance, we didn’t encounter major issues with the M810. Yes, there is little heating problem with the device, and because of its glass & metal body you will certainly feel that too. But it only heats up with heavy usage and continuous gaming or video playback.

Heavy games like Asphalt 8 ran smoothly without any trouble. The videos also played very nicely, including playback through USB OTG. Audio output in headphones is quite impressive, but the loudspeaker sound is low and the quality isn’t great too. Just to note here, we didn’t get the standard pair of headphones for the review from InFocus, and also company doesn’t ship the headphones in the retail unit. Additionally, the InFocus M810 includes FM Radio. 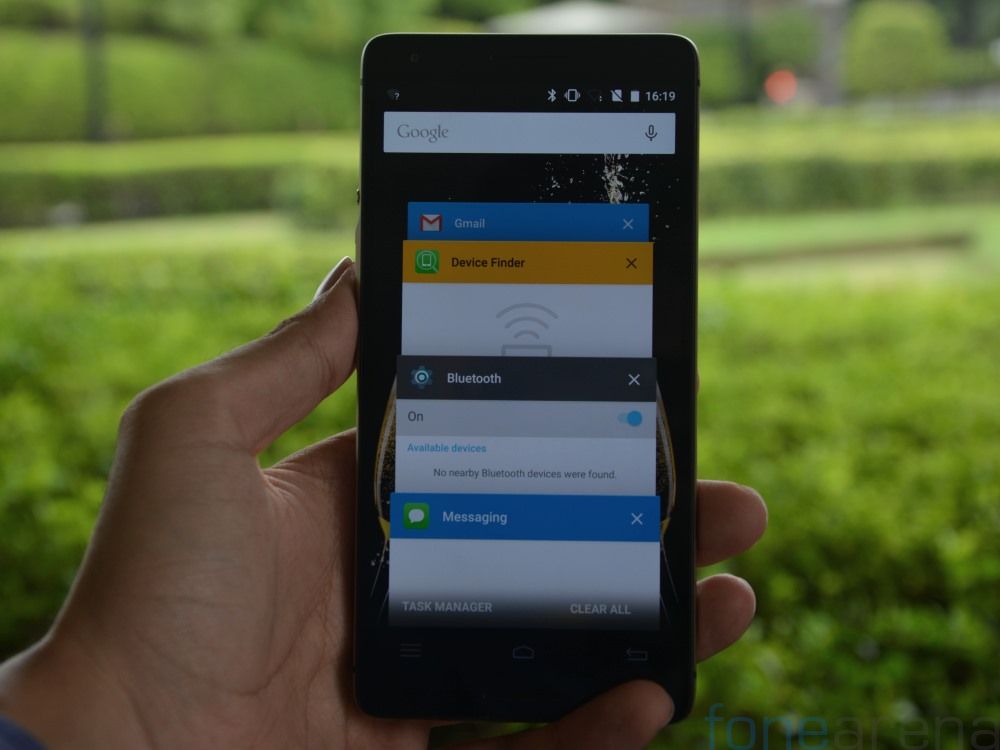 Coming to the software, the phone runs Android 5.0.2 Lollipop with company’s own InLife UI. We have already reviewed the UI in InFocus M350, you can read the details here.

The UI allows users to keep the homescreen as one single layer like the most Chinese UI without app drawer, or two layers like stock Android with app drawer. Out of the 16GB of internal storage, the OS and apps occupies around 5GB and rest approximately 11GB is user available. You also have an option to expand storage up to 64GB and can move apps to the SD card as well. It also supports USB OTG. 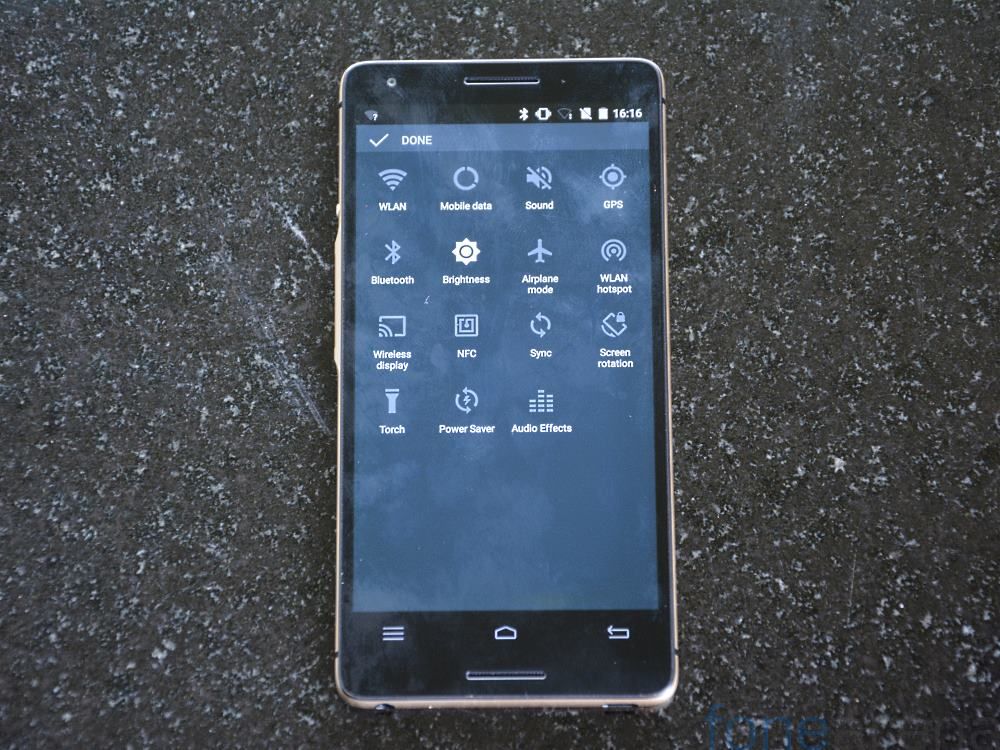 InFocus has done a decent job with UI, but at the same time misses out on some useful features from Google’s stock Android Lollipop OS like – the drop down quick settings layout only allows quick toggles (on / off), but doesn’t offer quick or full settings menu in it. 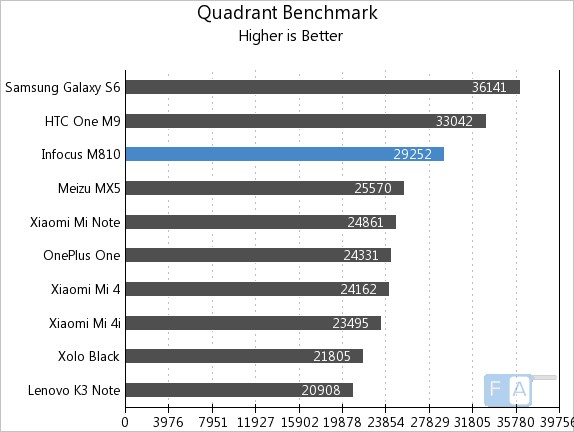 It scored 29252 points, better than the OnePlus One and the Mi 4 that are powered by the same Snapdragon 801 SoC. 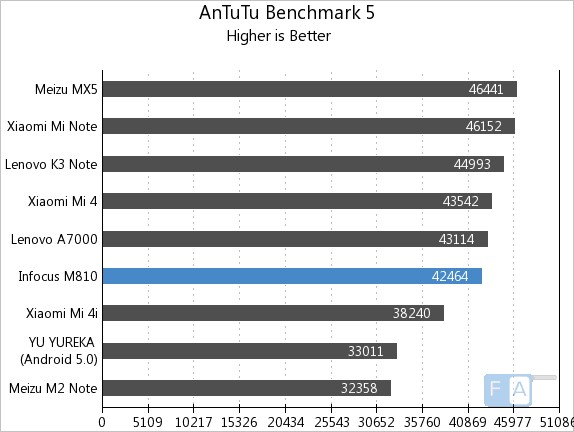 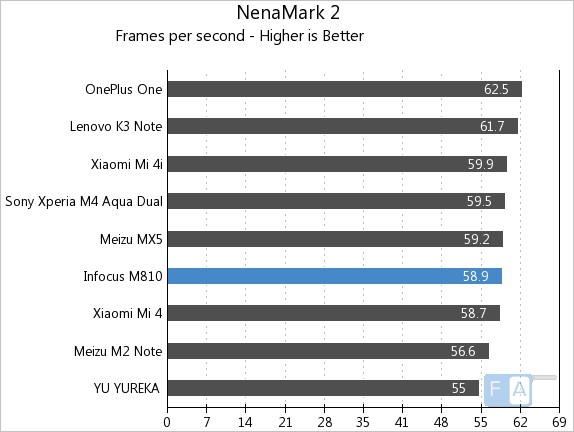 It clocked 58.9 fps in NenaMark 2 GPU benchmark and lies above the Xiaomi Mi 4. 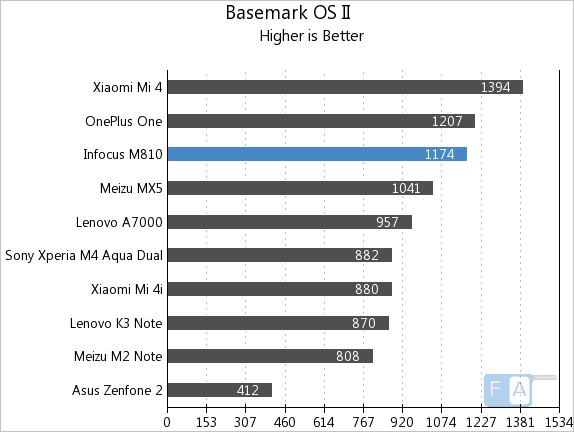 It grabbed the third spot behind the OnePlus One in the Basemark OS II benchmark. 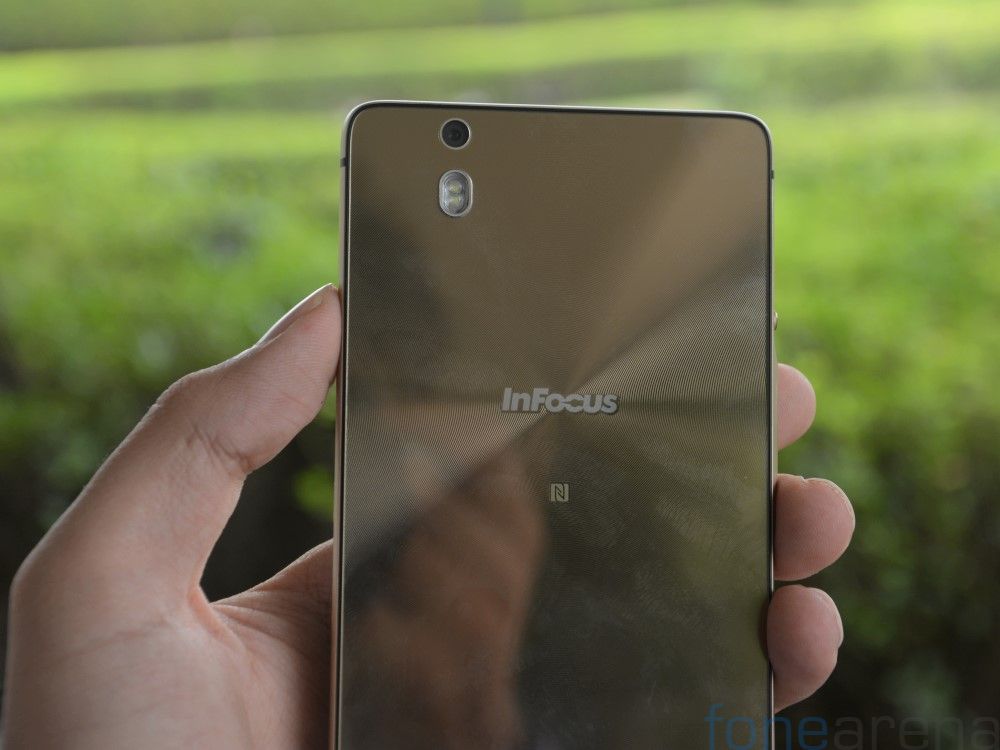 TheM810 packs a 13-megapixel autofocus rear camera with a Sony Exmor R sensor (f/2.2 lens) and true-tone LED flash, along with a 5-megapixel front-facing camera.

The rear camera can take decent images in bright daylight. Images came out sharp with nice details. Autofocus and shutter speed is fairly good too. Stock camera app doesn’t feature many custom settings options, so you may require another third-party camera app.

In the low light conditions, the rear camera wasn’t that bad either. Yes the noise was pretty much there in every shot, but then it was always expected from it. But we would still say that camera is decent for the price of M810. 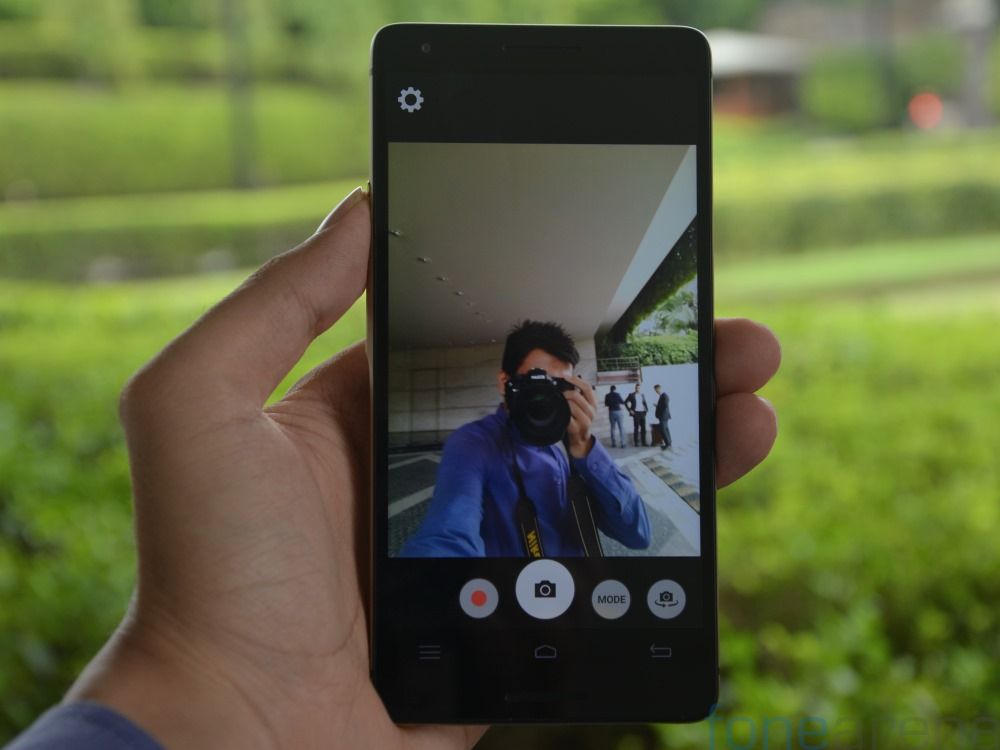 Front 5-megapixel camera is decent too. About the video quality of the rear camera, it can capture average quality videos up to 1080p (full-HD). Check camera samples below. 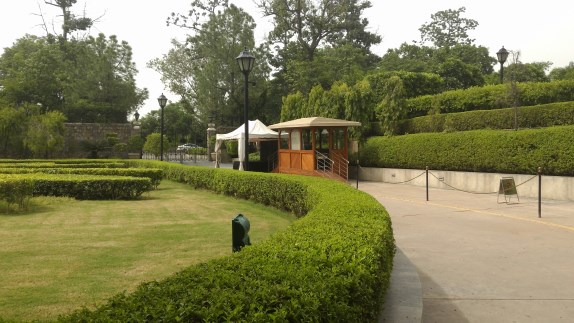 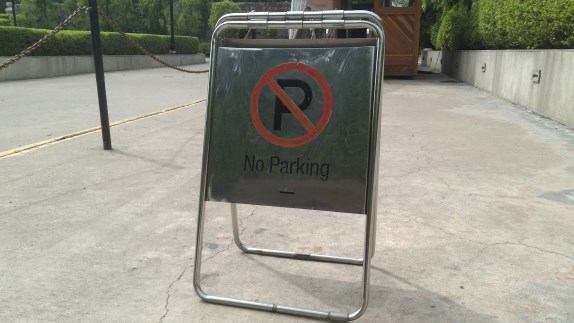 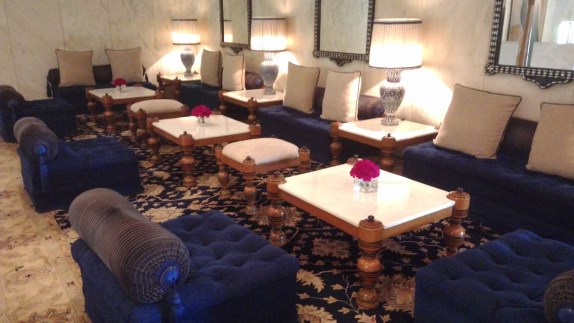 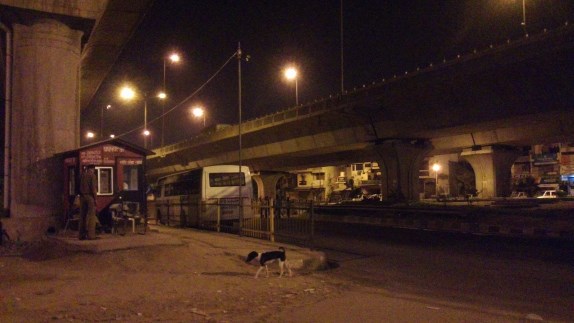 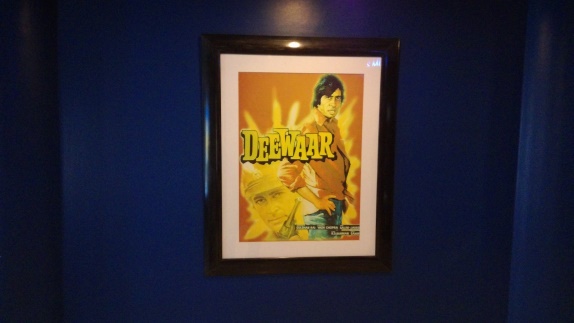 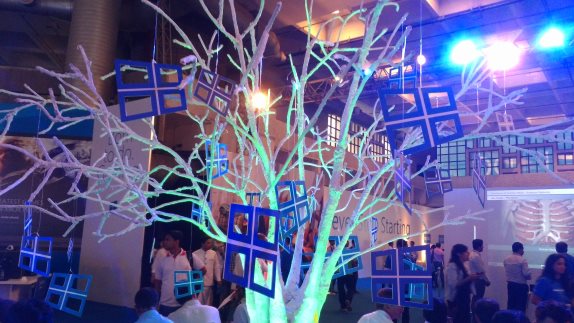 The InFocus M810 is a Single-SIM device with 4G LTE support. Unfortunately, it only supports FDD-LTE 1800MHz Band 3 and not the TDD-LTE 2300MHz Band 40. So you will not receive the 4G network on it in many parts of India where only Band 40 is supported. 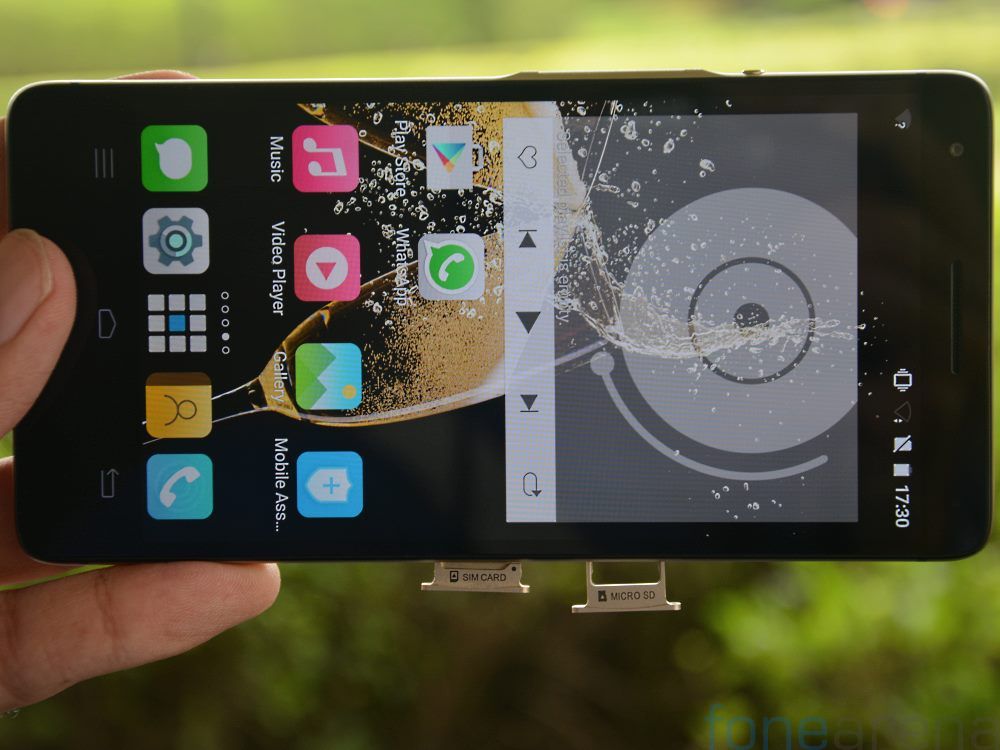 The 2600mAh non-removable battery does a pretty good job with average usage. The battery easily lasted for almost a day (we count it as 15-18 hours on a single charge), which is very decent for a smartphone with this big and bright display. Also with the heavy usage and gaming, the phone left us impressed.

At a price of Rs. 14,999, the InFocus M810 is a decent combination of build and performance. While there are some really good things about the smartphone, it misses out on LTE Band 40 support and dual-SIM option, which might be a deal-breaker for some. 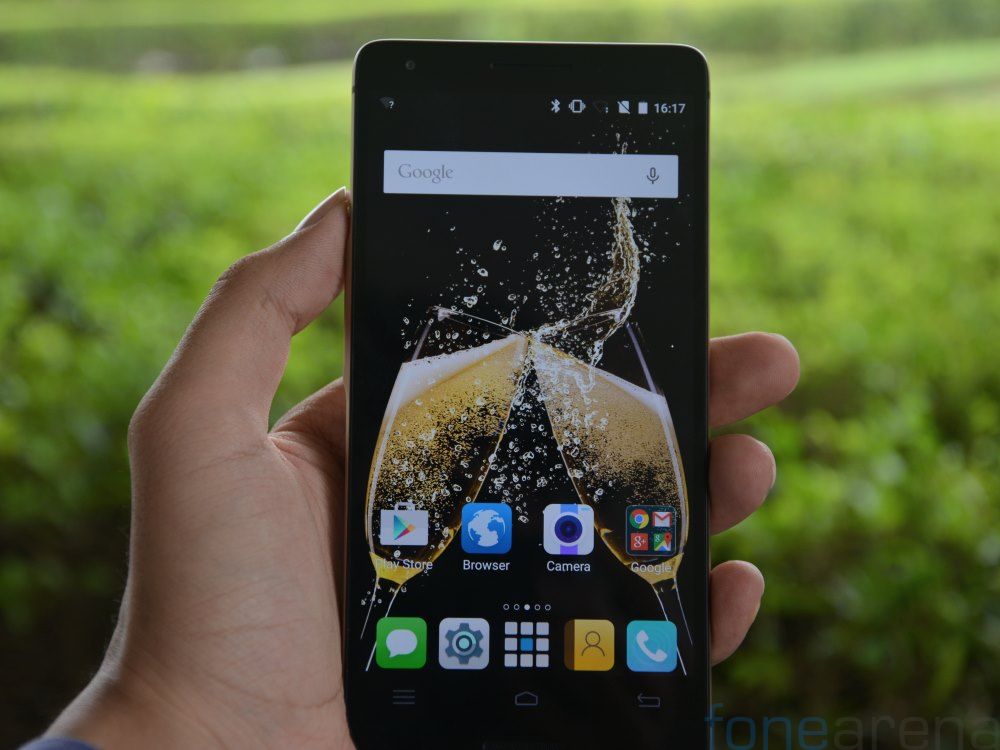 Yes, InFocus as a brand is relatively new for the Indian consumer and considering the popularity of Xiaomi’s Mi 4 and OnePlus One – which offer almost similar specifications, the M810 has got some tough competition to deal with. Honestly in our opinion, InFocus M810 is good value for money product.