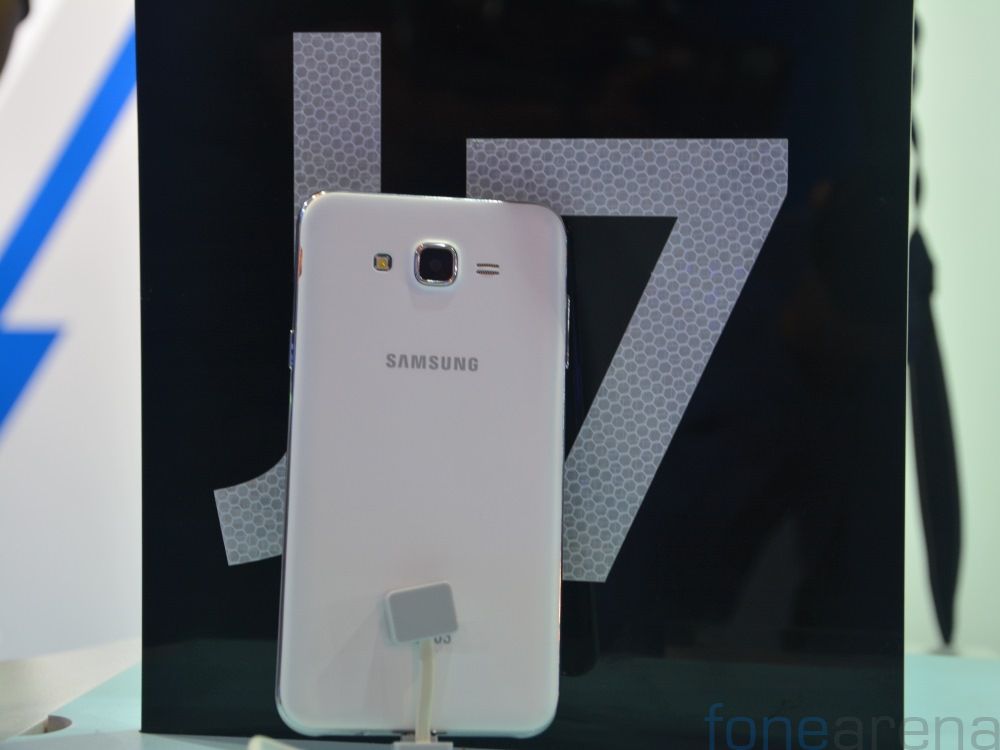 Starting with the design of Galaxy J7, it is similar to the Galaxy Grand series of devices and the Galaxy J5 and Galaxy J7 look identical as well. It measures 152.5 x 78.7 x 7.5 mm and weighs 171 grams. The device grips well in hands and the matte finished polycarbonate back doesn’t attract many fingerprints / smudges. Though the side rim is steel finished, it is still plastic, so you might see this get chipped off with time. 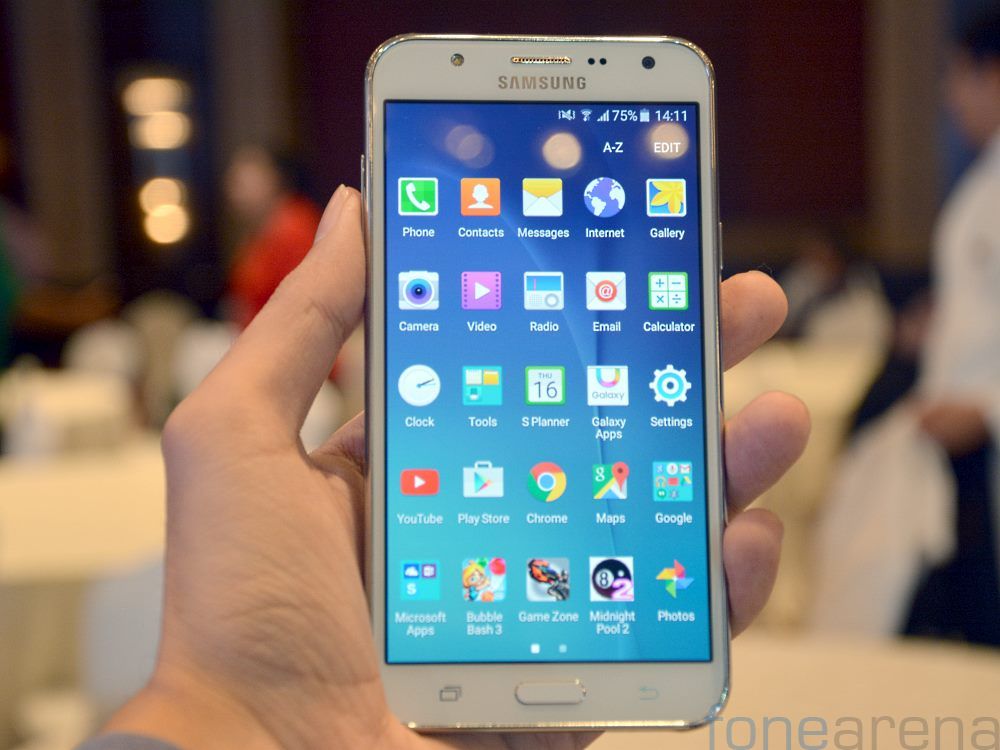 Similar to what Samsung decided with Galaxy J5 variant in India, Galaxy J7 also features Super AMOLED display instead of the TFT LCD. The 5.5-inch HD (720×1280 pixels) display on J7 is quite brilliant to look at. The brightness and the viewing angles in the indoor lighting condition seemed satisfactory. We couldn’t test the device outdoors, but we will soon review the device. So stay tuned. 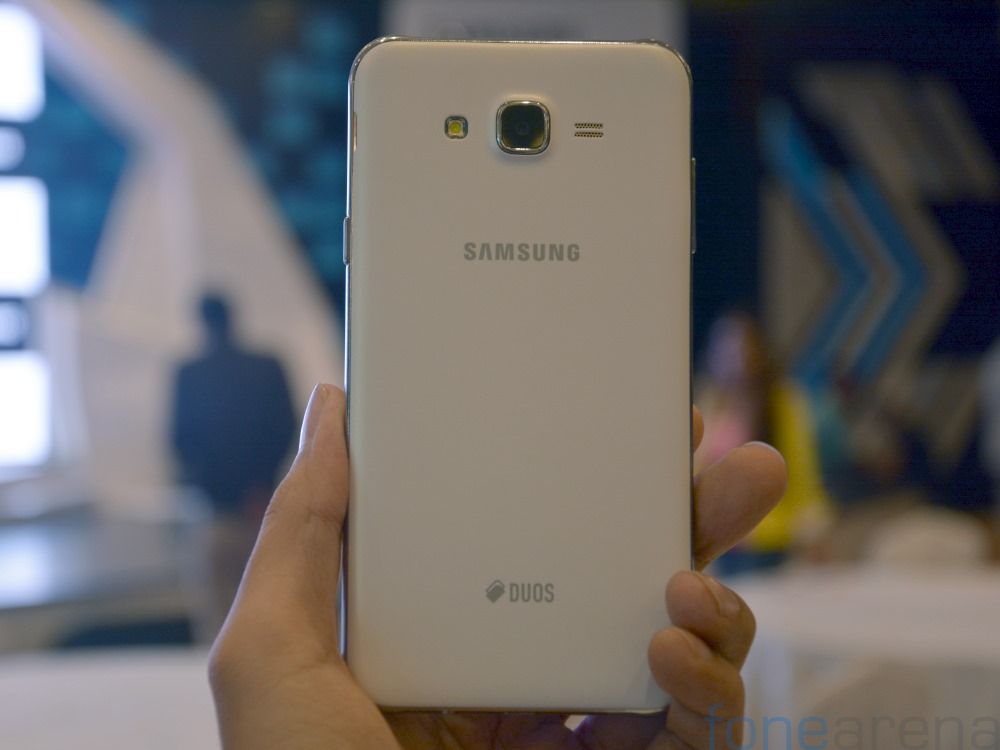 The Galaxy J7 features an octa-core Samsung Exynos 7580 processor clocked at 1.5GHz instead of the octa-core Snapdragon 615 SoC seen on the Chinese Galaxy J7. We don’t know how it impacts the device’s performance, but certainly the device seemed snappier than Galaxy J5. You can also checkout Samsung Galaxy J5 hands on here. 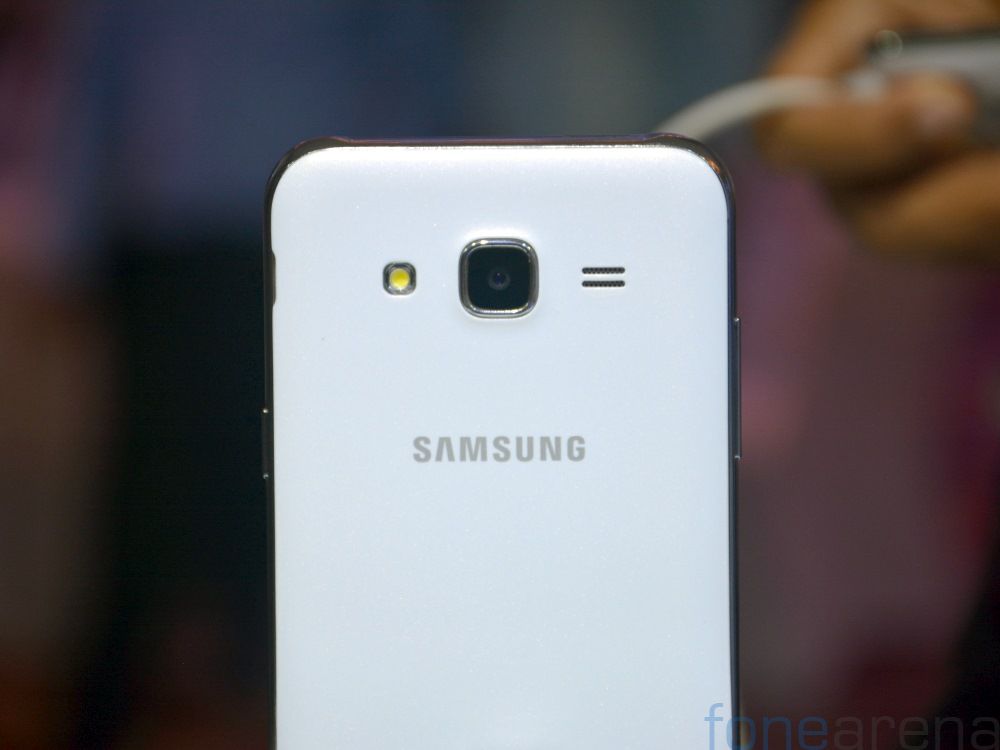 Above the display, you will find earpiece grill with proximity sensor, and of course the 5-megapixel camera with LED flash. Below the display sits the physical home button and two capacitive touch buttons – back and menu.

The Galaxy J7 features dual-SIM and supports 4G LTE band 3 (1800MHz), but no details about 2300MHz (Band 40). Other connectivity options are standard Bluetooth v4.1, Wi-Fi, GPS and GLONASS. The battery is 3000mAh battery, which is removable. 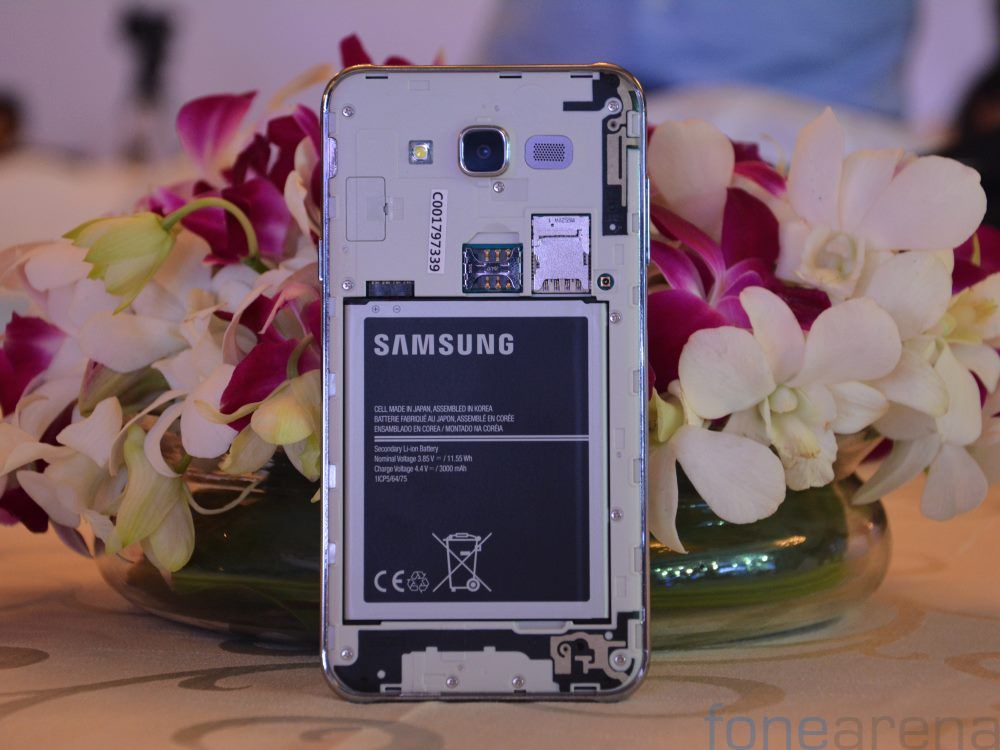 The Samsung Galaxy J7 smartphone also comes in Black, White, and Gold colour options. It is priced at Rs. 14,999 and will be exclusively available on Flipkart. Pre-booking started at 4PM today and sale starts on July 23rd. Samsung is also offering Rs. 999 worth flip cover for Rs. 199, double data for Airtel customers on 4G for 6 months, unlimited music downloads on Airtel’s Wynk music worth Rs. 594 for 6 months, and Rs. 3,200 worth in-app purchase credit for games by the developer Gameloft.