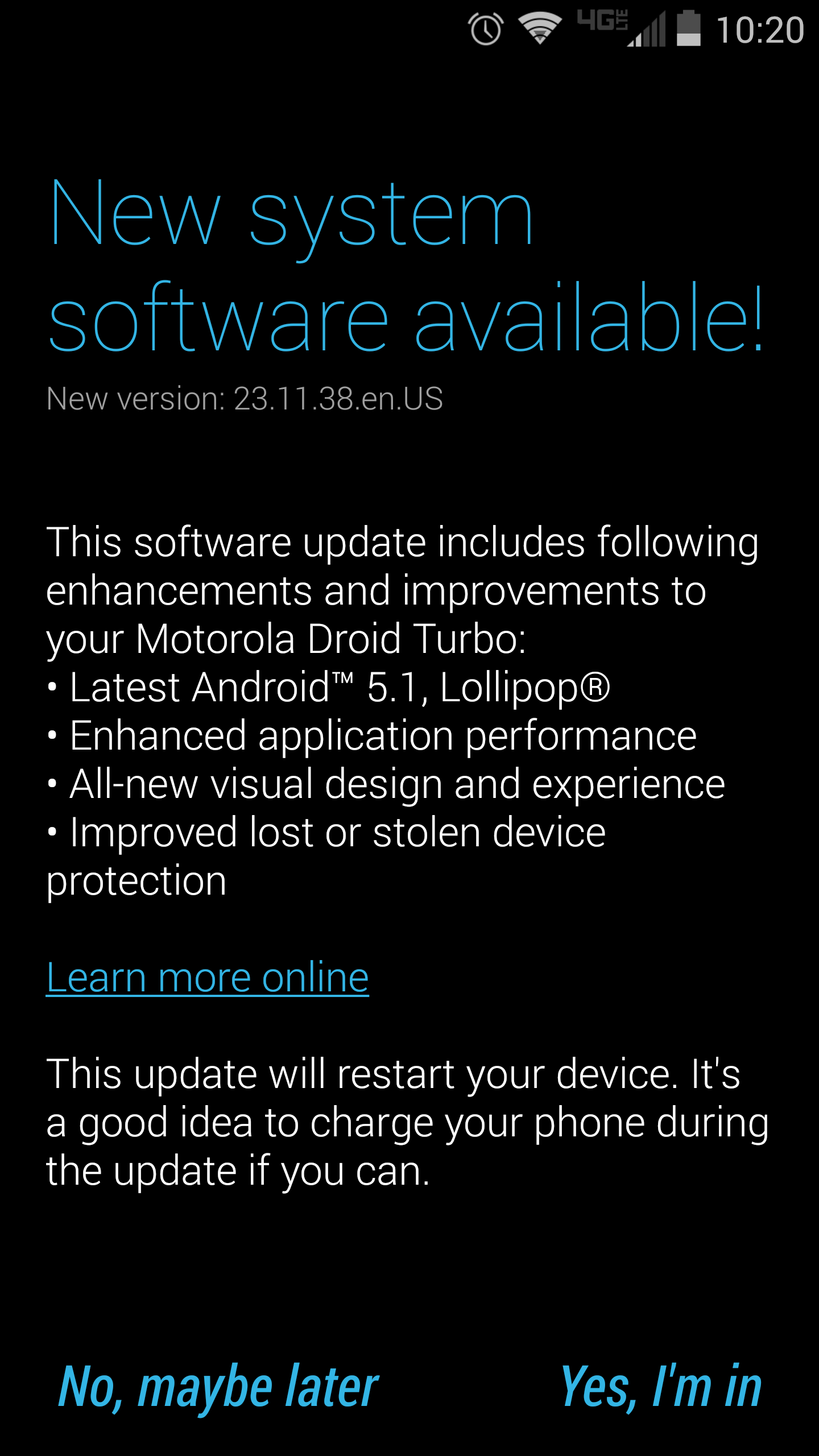 Last month, sources stated that the Motorola DROID Turbo which is on the Verizon network in USA will receive the update to Android Lollipop 5.1 sometime in June. Just as we reported, the soak test update is now rolling out and users can expect a final build sometime next week.

I guess that does make it July technically but at least they made the soak test available end of June. Users of the DROID Turbo just like the users of the Moto Maxx are still running their phones on Android 4.4.4 KitKat so they will be looking forward to the update. 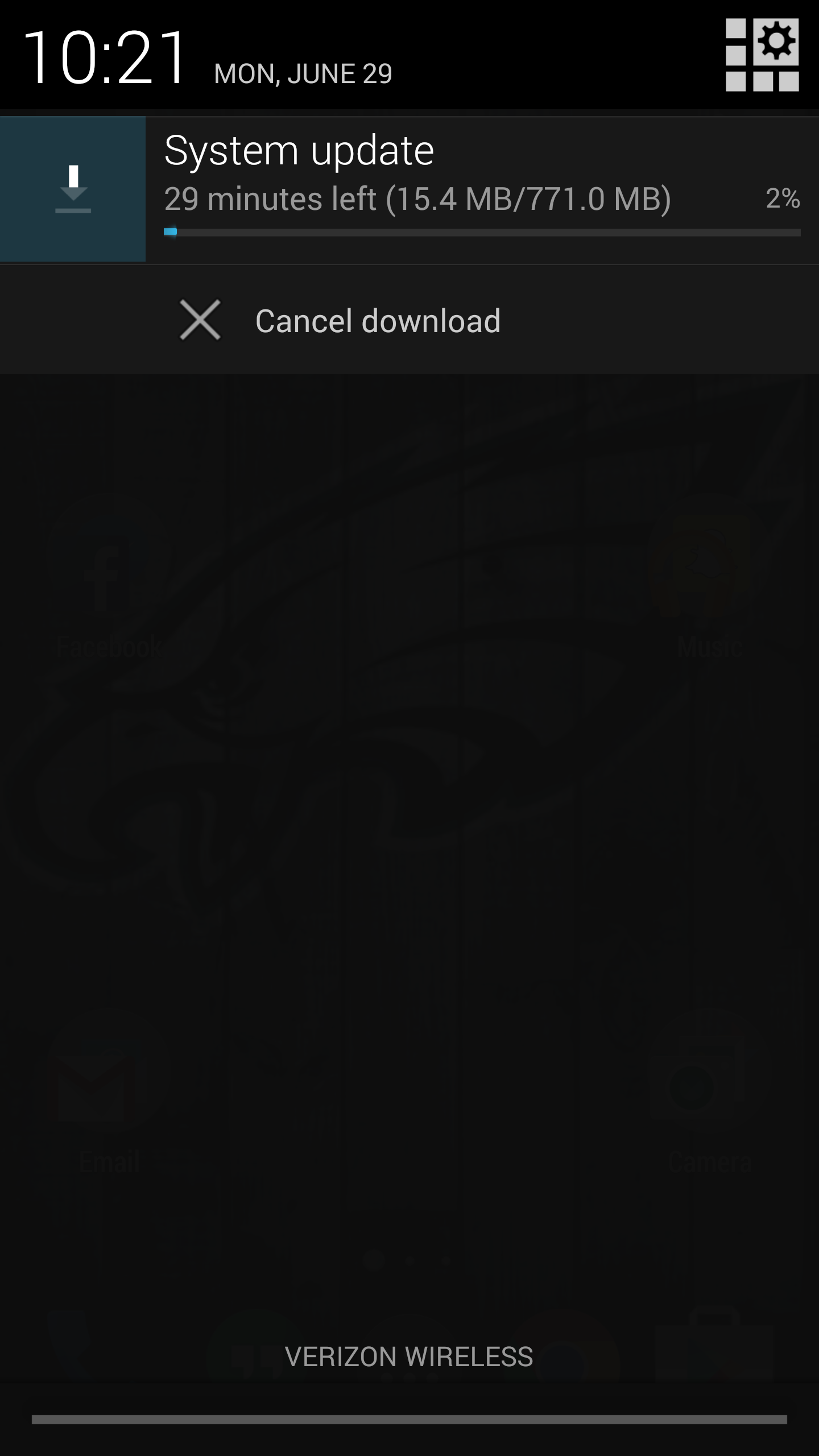 The update for Motorola DROID Turbo changes the build number to 23.11.38 and the update is around 771 MB in size. However it does bring about a lot of changes, improvements and bug fixes so it is definitely worth the dive.