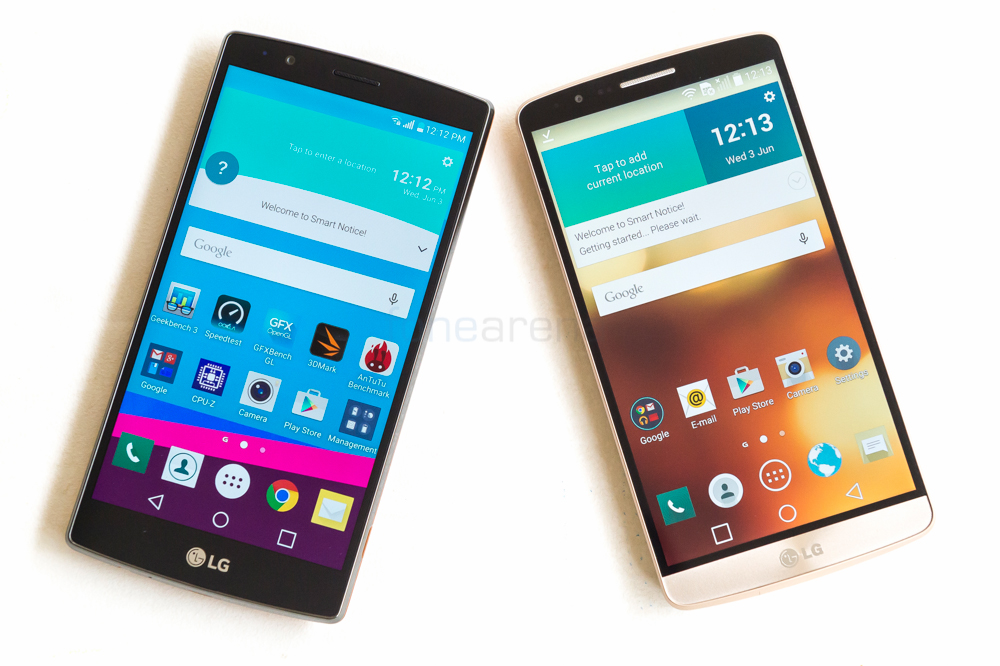 LG had announced its flagship phone G4 in April this year. The latest flagship from LG has now officially launched in India for Rs 51,000. Let’s compare the phone to last year’s G3. 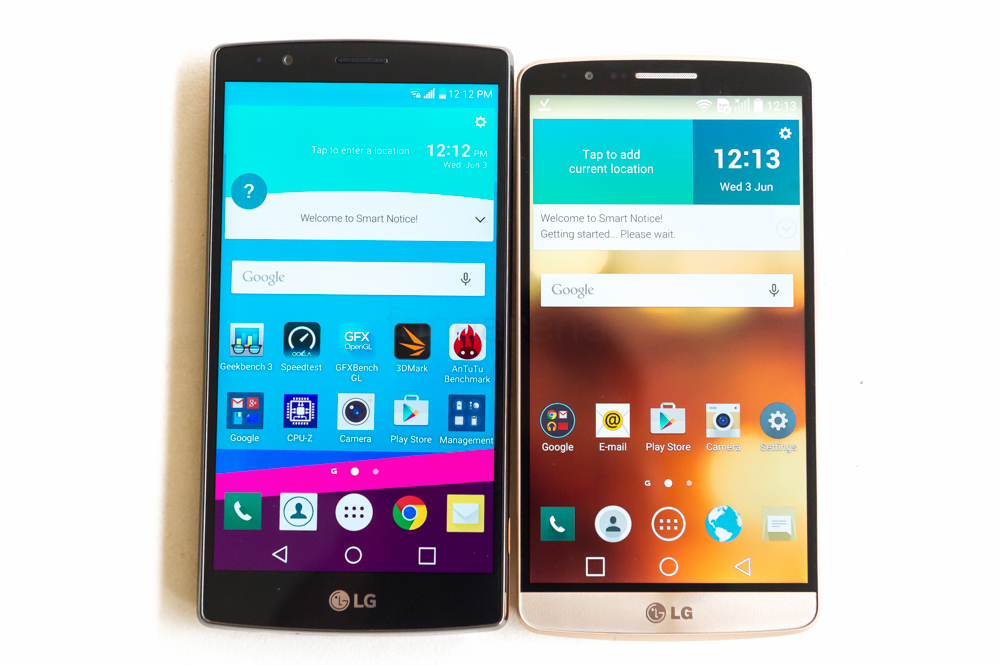 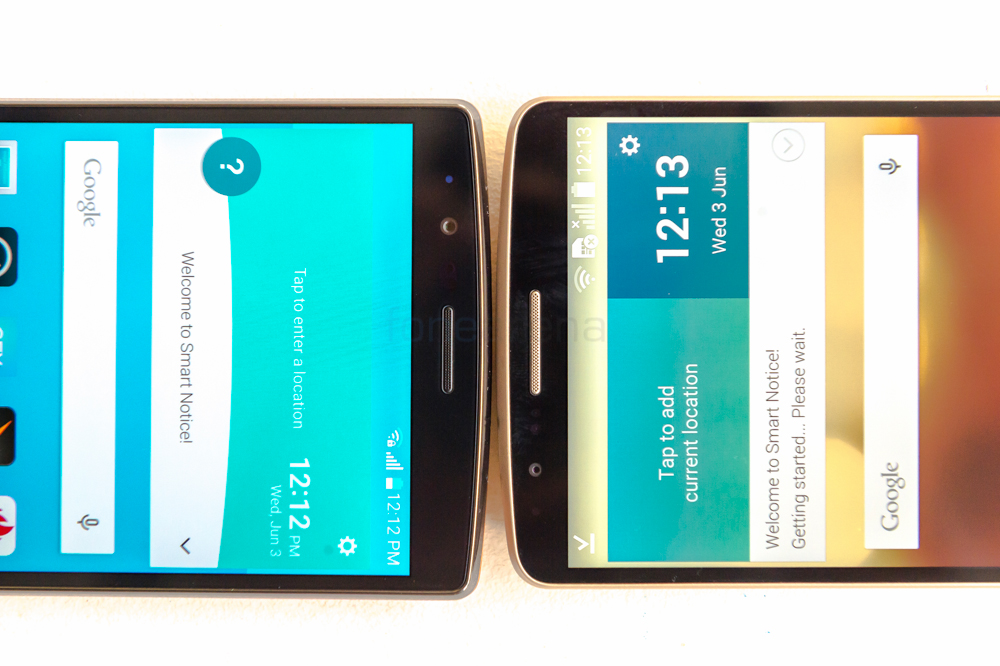 The LG G4 has 8MP front facing camera while the G3 has only 2.1MP camera. 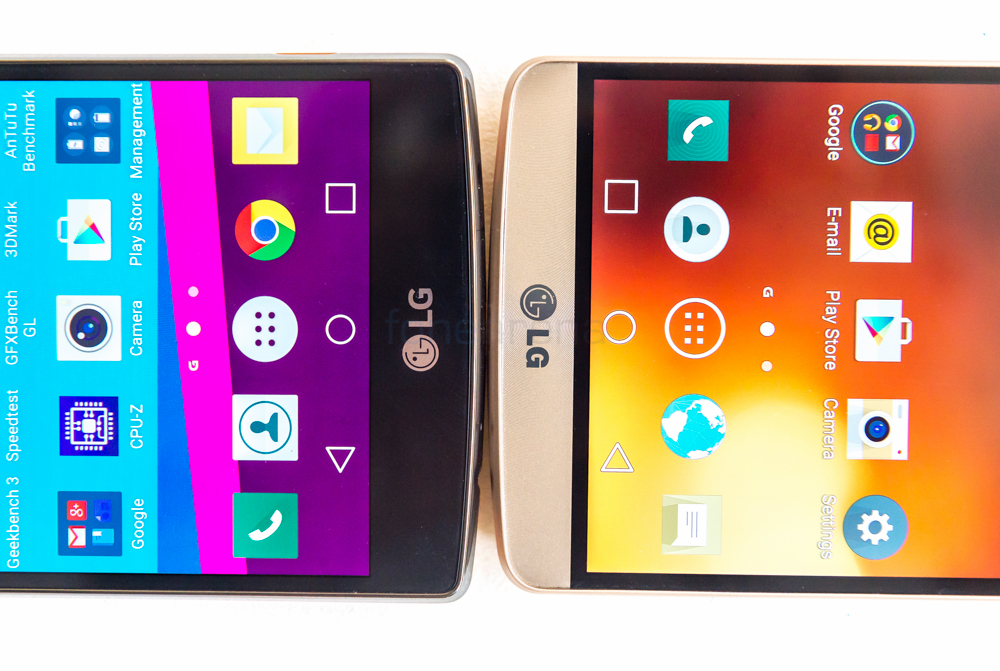 Both the phones have on screen touch buttons and the bezel has the LG branding . 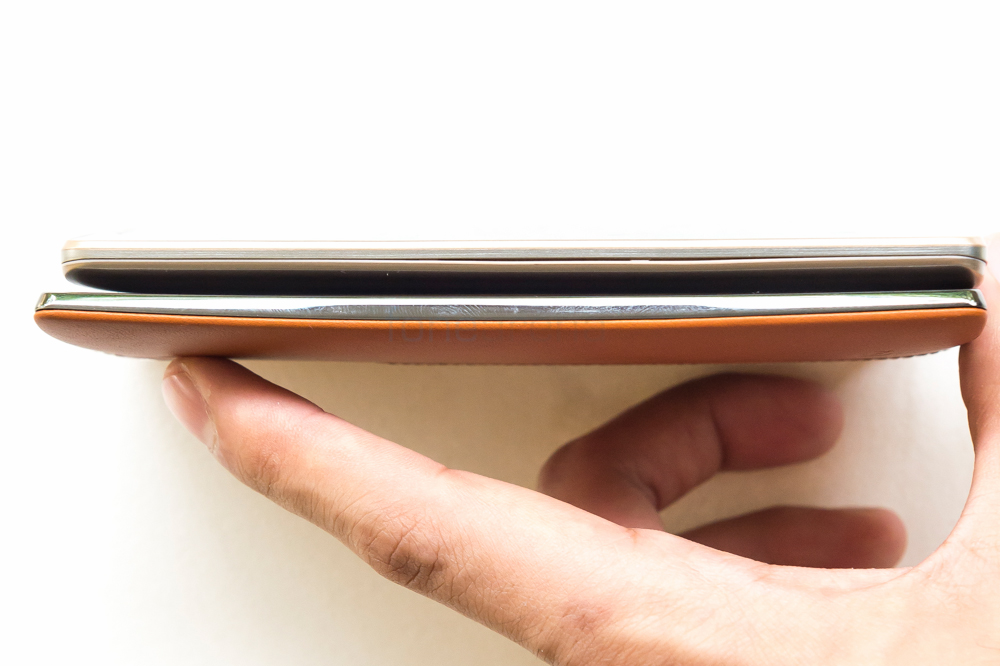 The right side of the phone has no buttons. 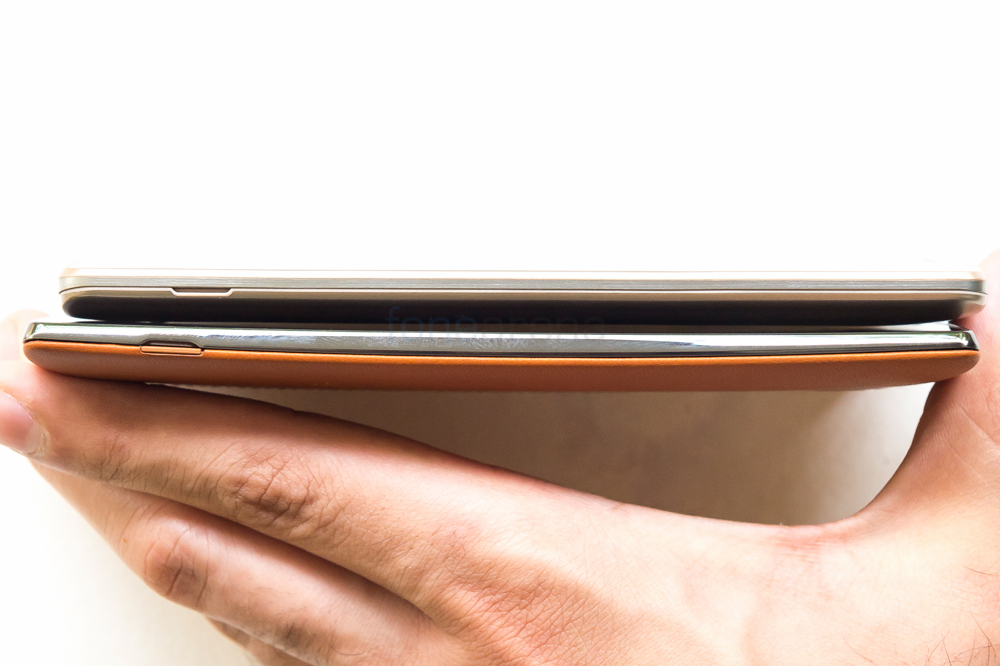 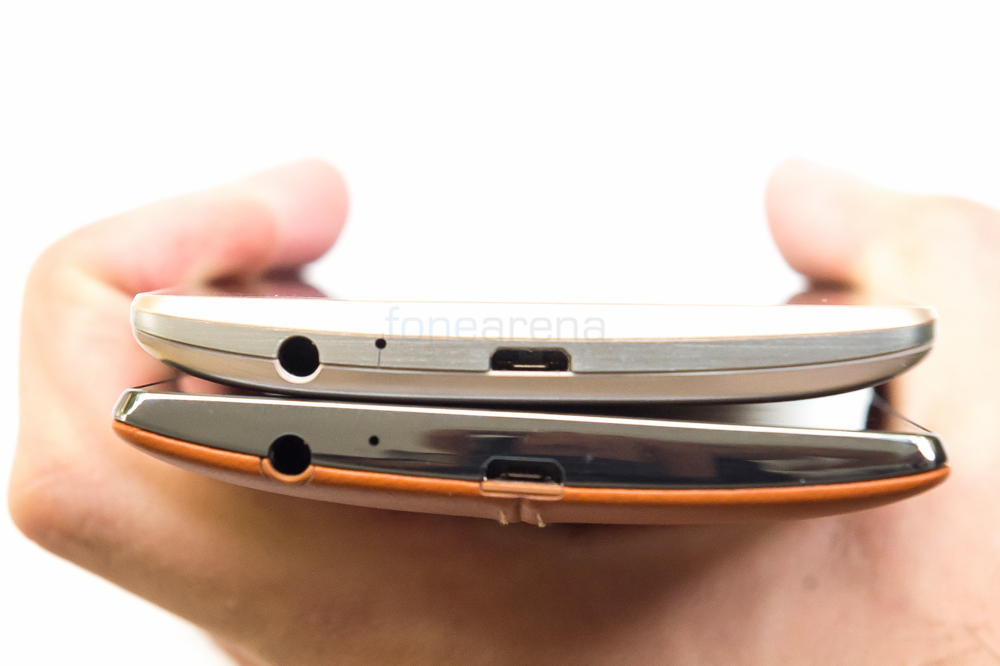 Both the phones have the 3.5mm audio jack, microphone and the micro USB port on the bottom. 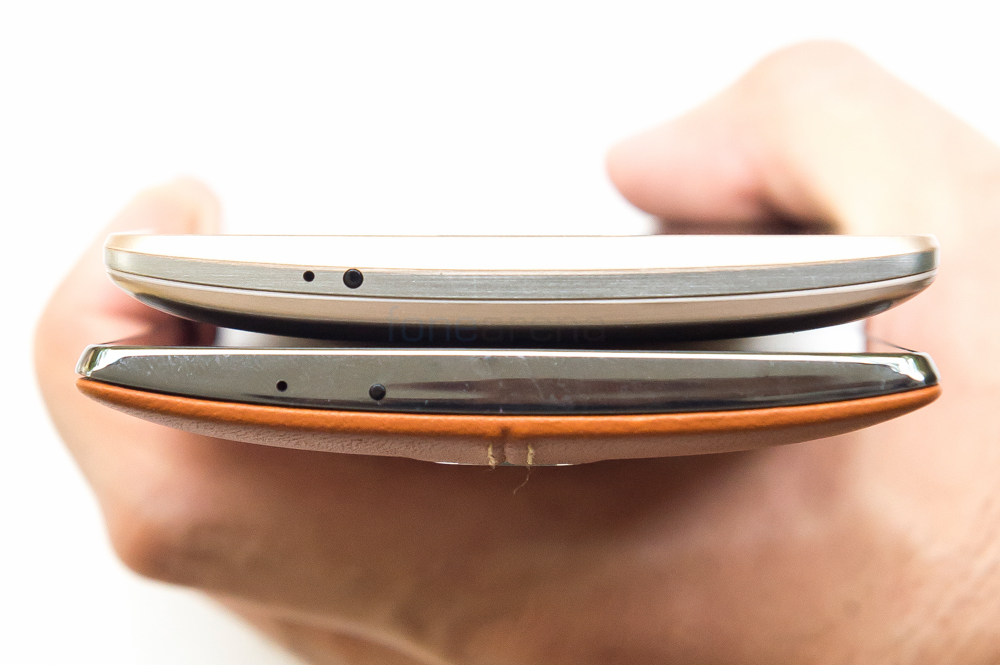 At the top, both the phones have a secondary microphone and the Infrared LED. 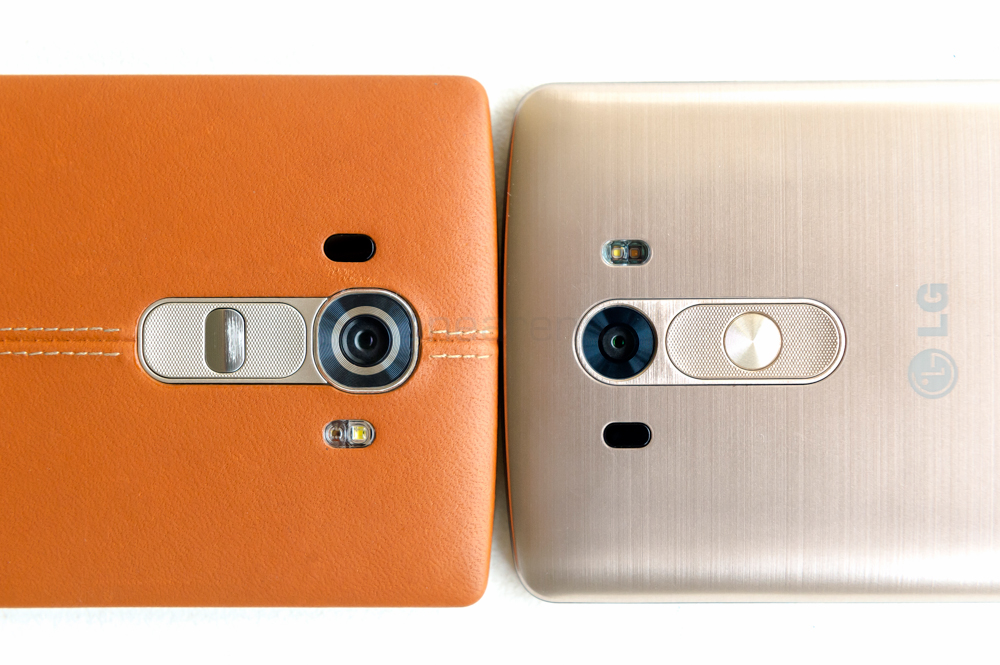 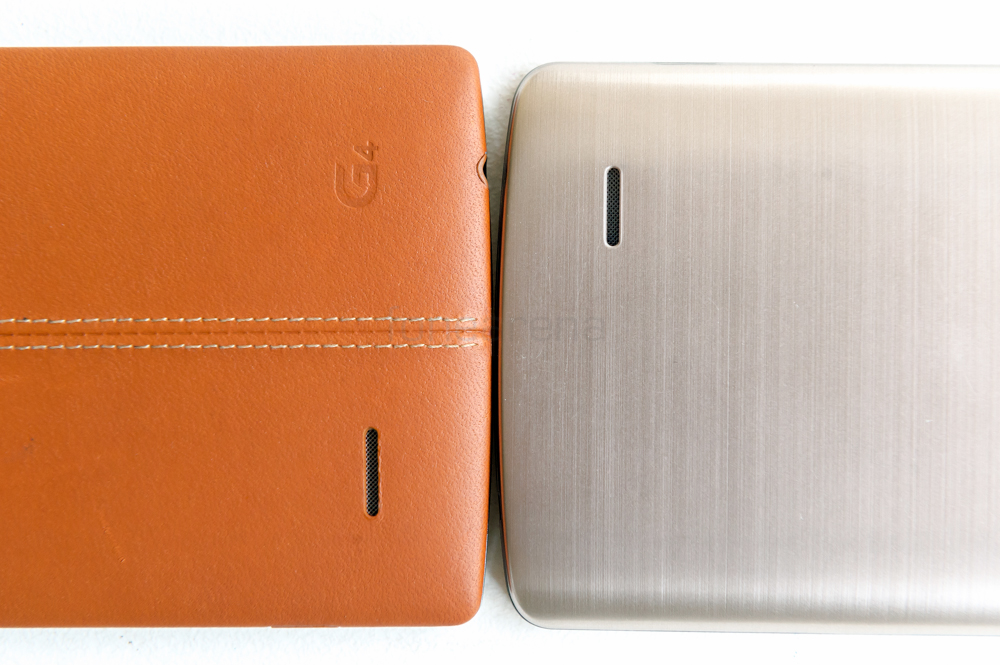 The loudspeaker grill is present at the left side on lower back of the phone. 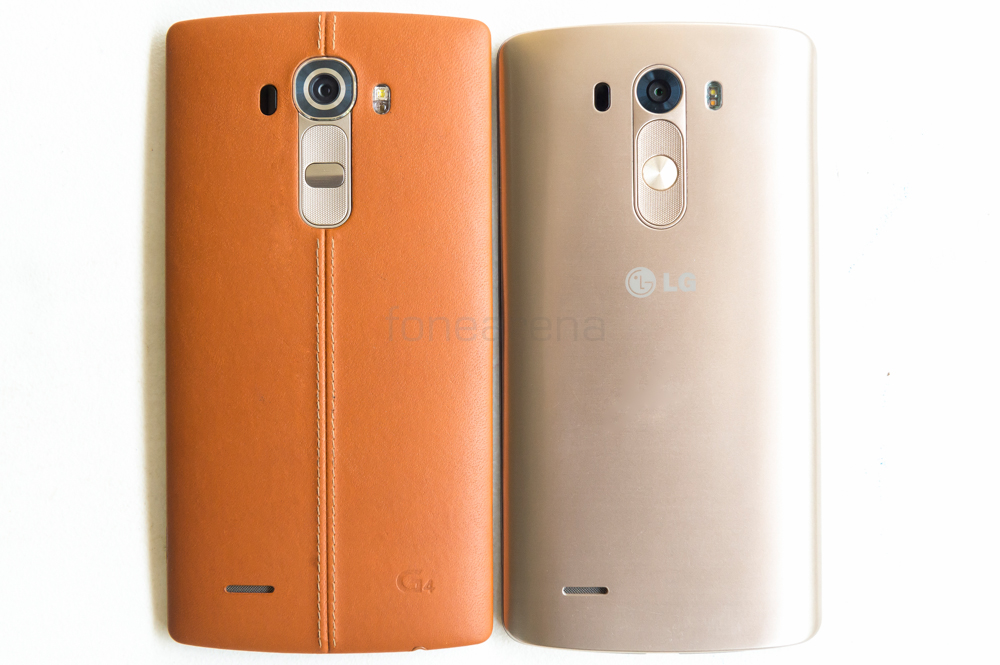 The G4 comes with a leather finish back cover while the G3 has metallic plastic back cover. 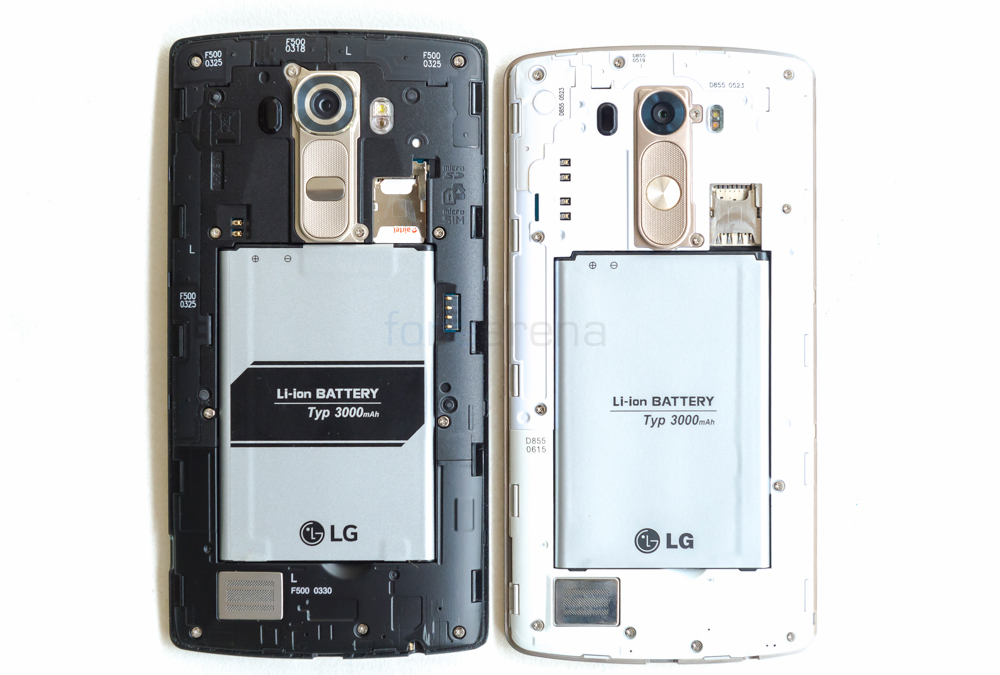