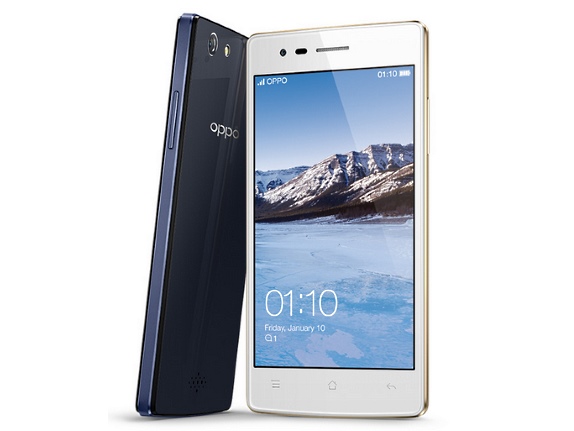 Oppo has officially announced two new smartphones – the all new Oppo Neo 5 (2015) and a variant Neo 5s. While the firm hasn’t detailed the pricing and availability of both, let us remind you that Oppo had also launched the Neo 5 in 2014 as well.

The 8GB of inbuilt storage is further expandable via microSD card (up to 32GB). The Oppo Neo 5 (2015) sports an 8-megapixel rear camera with LED flash and a 2-megapixel front-facing (f/2.8) camera.

Other specifications are of the Oppo Neo 5s are similar to Neo 5 (2015), the 8GB of built-in storage can be expanded via microSD card (up to 128GB). It also sports an 8-megapixel rear camera with LED flash, and a 2-megapixel front-facing camera.

Both the smartphones, Oppo Neo 5 (2015) and Oppo Neo 5s come with dual-SIM (Micro + Nano-SIM) support but only the latter supports 4G LTE (Cat. 4). Other than that both support standard connectivity such as Wi-Fi, GPS/ A-GPS, Bluetooth 4.0 etc. Both the smartphones are backed by a 2000mAh non-removable battery and run dated Android 4.4.2 KitKat with company’s ColorOS v2.0.1 UI skinned on top. They also measure exactly same 131.9×65.5x8mm and weighs 135 grams.