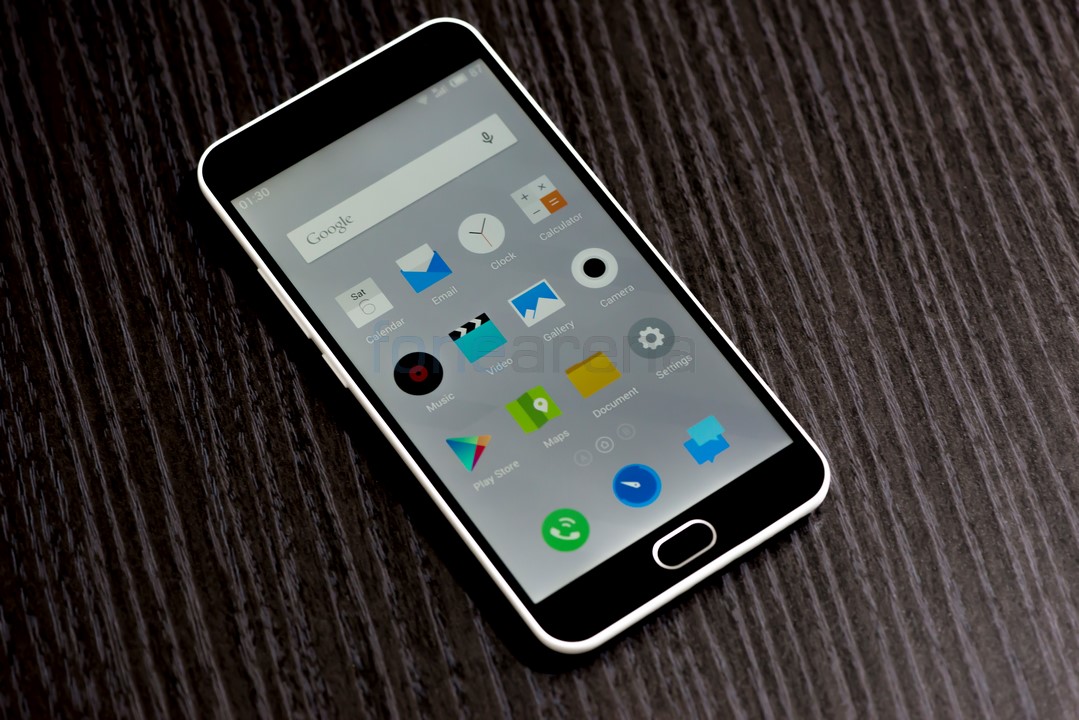 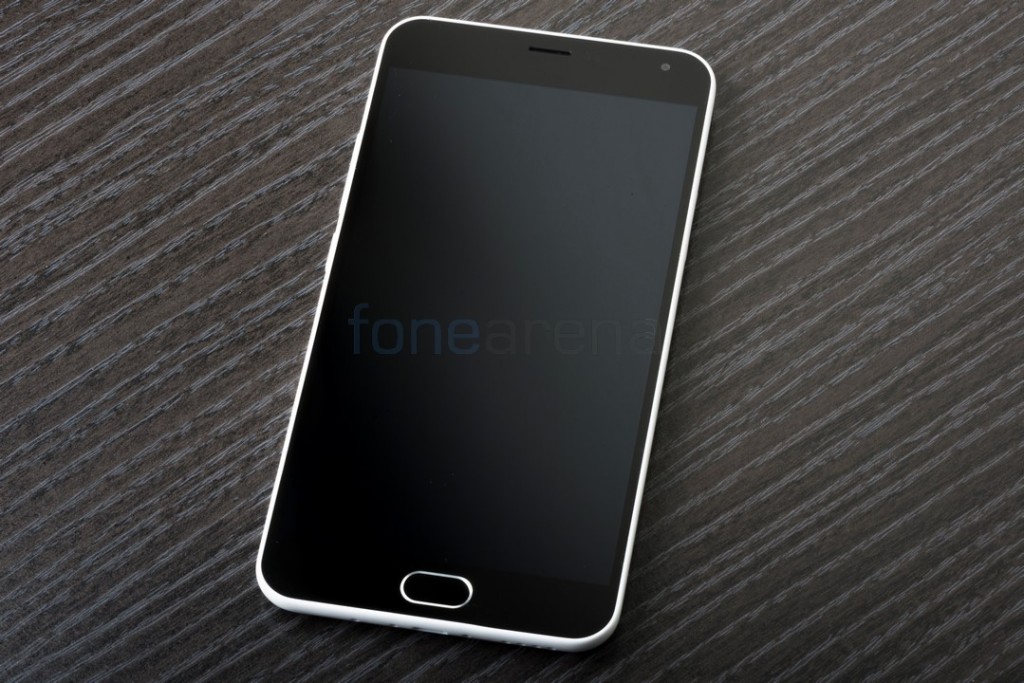 We hope that you have seen our unboxing of the Meizu m2 note by now. Now we’re bringing you a photo gallery of the device in the Glossy White finish. 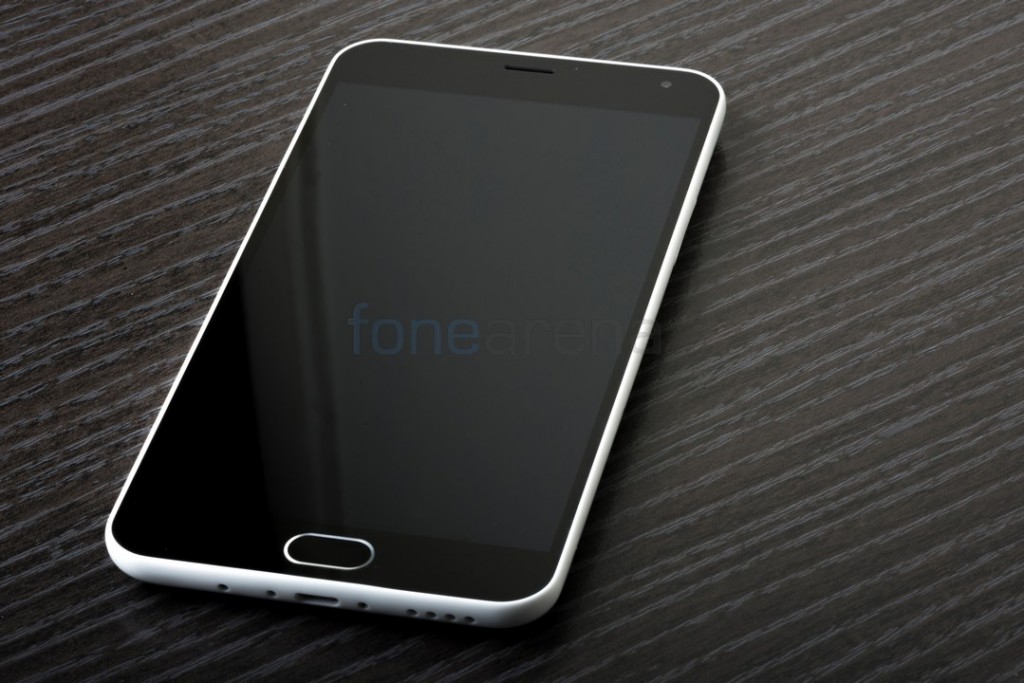 The m2 note retains the same 5.5″ Full HD IPS display that is protected by tempered glass. The device runs the latest Android Lollipop 5.1 with Meizu’s FlyMe OS 4.5 UI on top. 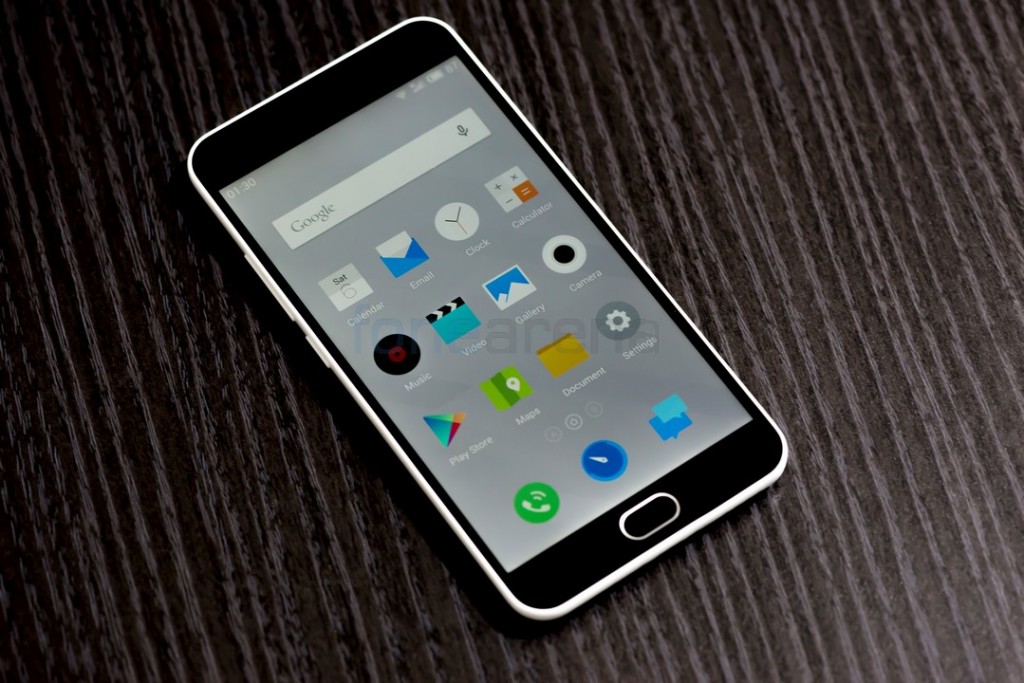 Above the display, you have the 5 Megapixel front facing camera that has a maximum aperture of f2.0 and 69 degree wide angle lens. You also have the earpiece along with the proximity and ambient light sensors here. 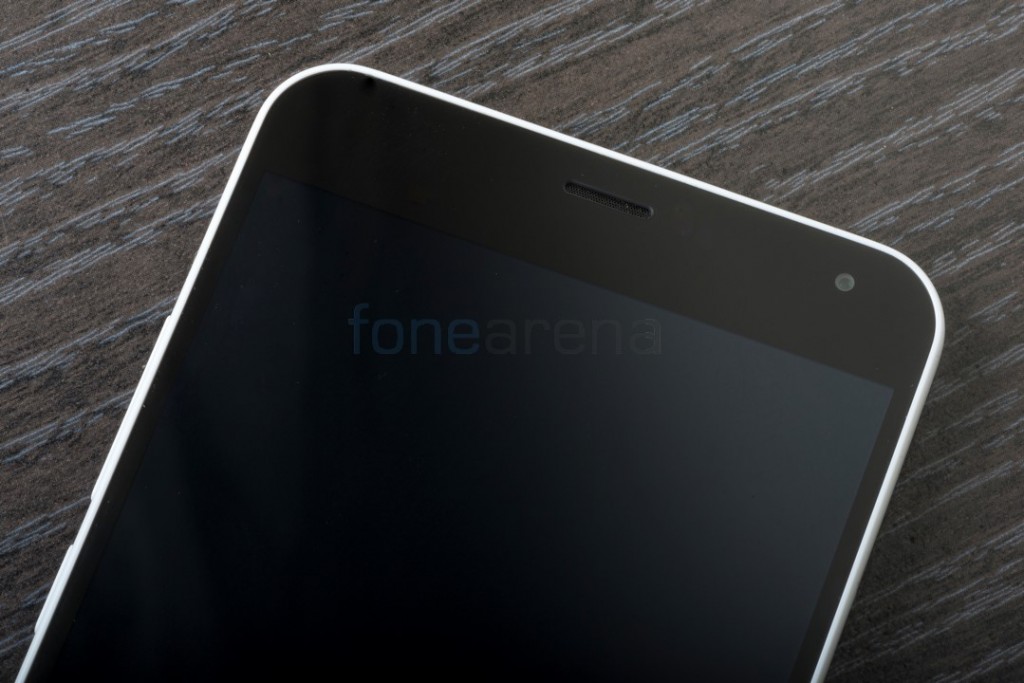 Below the display, you find the new home button that is now a proper hardware button like the ones found on Samsung devices. It clicks and also supports touch inputs unlike the M1 Note home key which was a capacitive button that just supported touch inputs. There is no fingerprint sensor in the home button although it does seem like there is one. 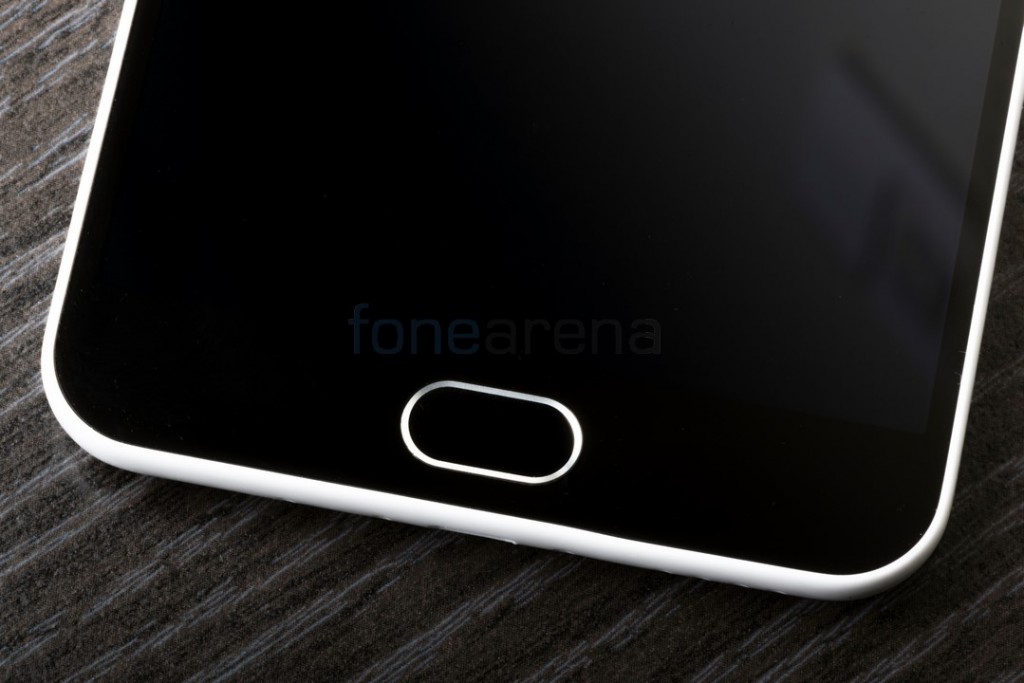 The left side houses the volume rocker key and the power/lock button. 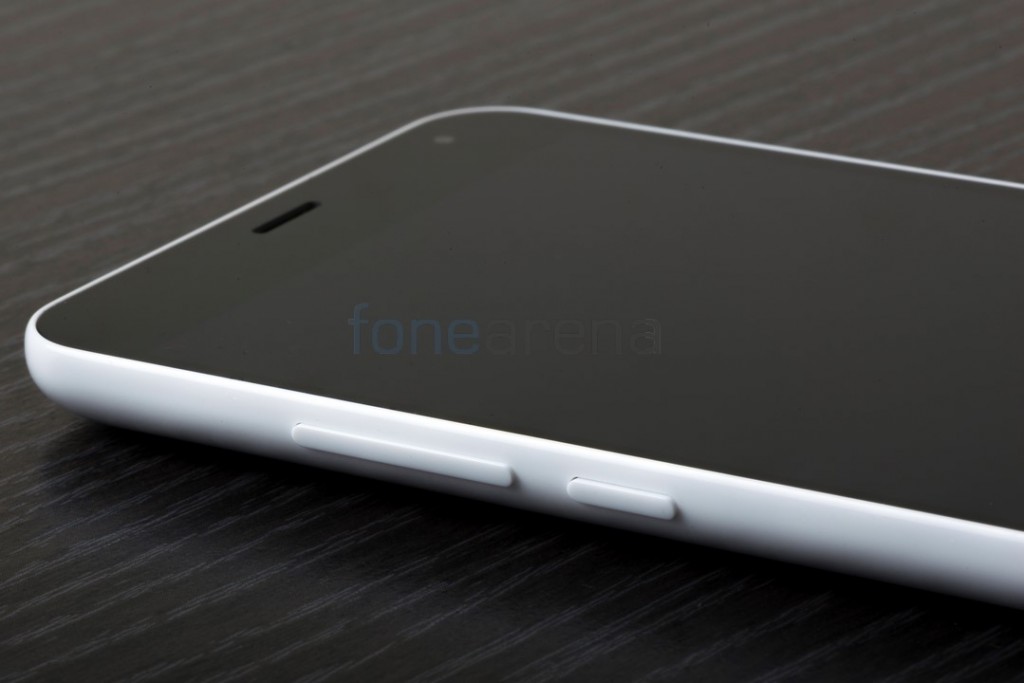 The SIM card tray is located on the right side of the device. The tray has support for two nanoSIMs and one slot doubles up as a microSD card slot as well. While you will have to make do with just one SIM slot in case you use a microSD, it is always good to know there is some way to increase your storage option. The phone supports microSD cards upto 128GB and has 4G connectivity. The device comes in both a 16GB as well as a 32GB variant. 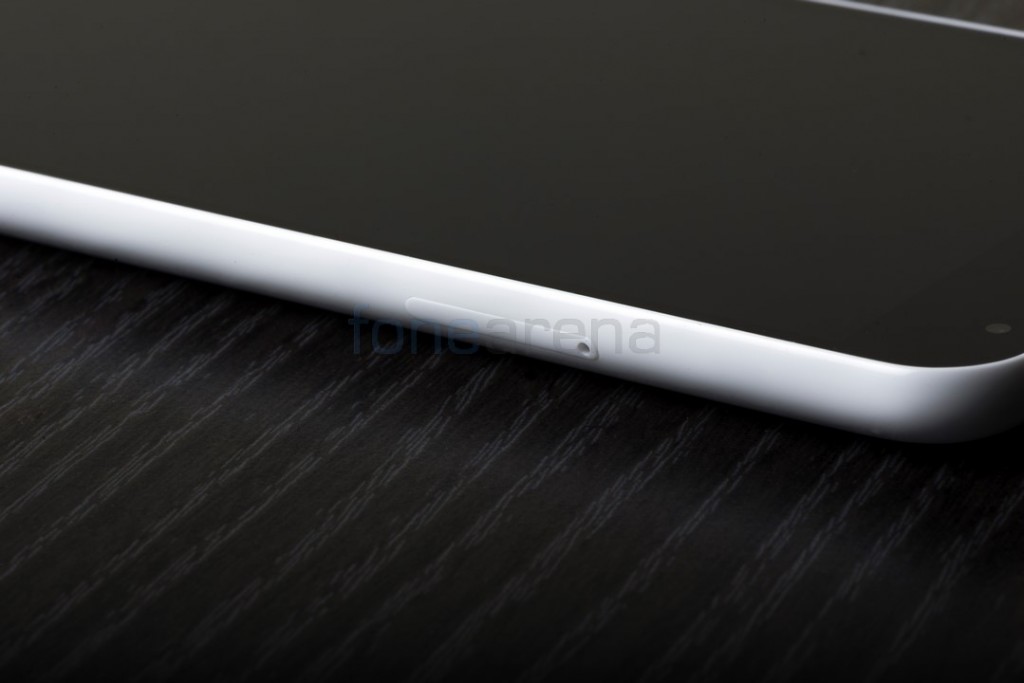 At the bottom, things get a little busier as the loudspeaker, primary microphone and microUSB port are located here. 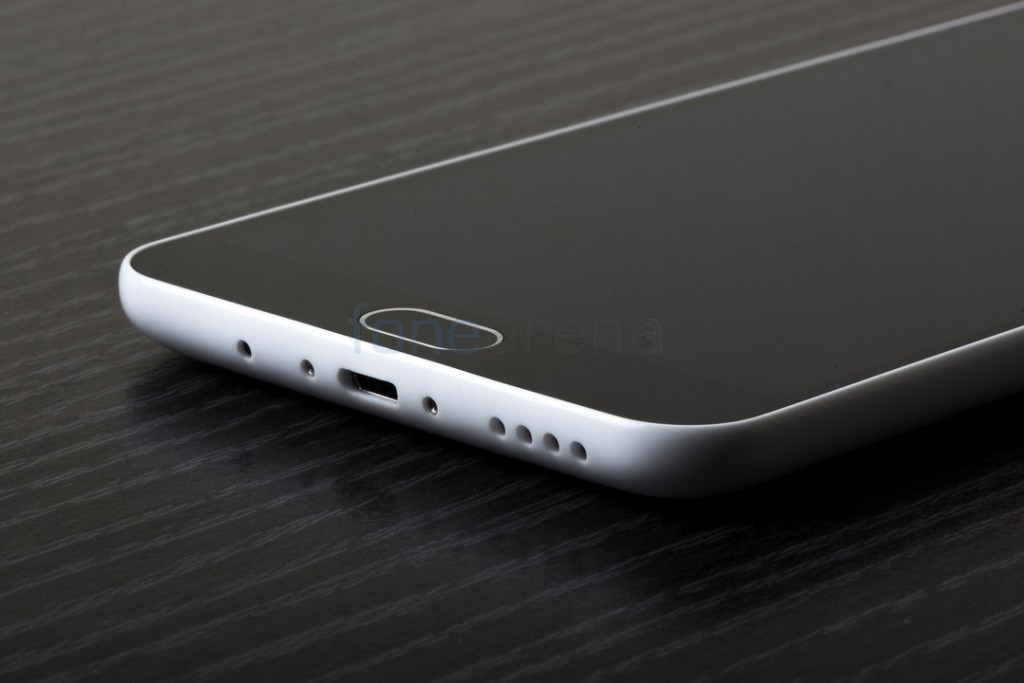 At the top you have the 3.5mm audio jack as well as the secondary microphone. 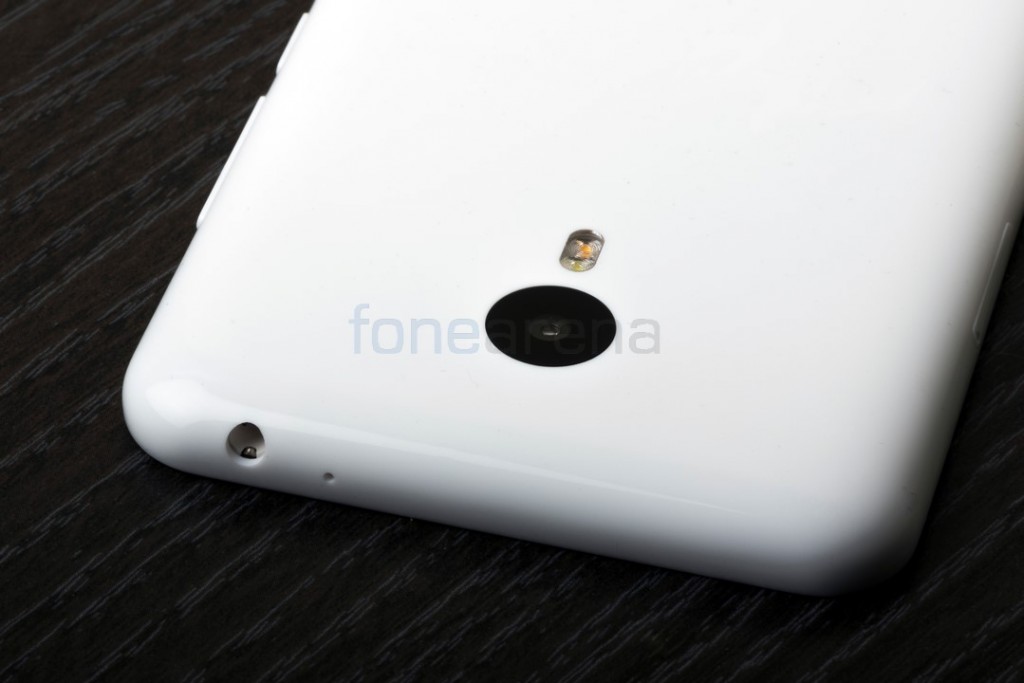 There is a 13 Megapixel camera at the rear with a Dual-tone flash setup. The camera has a maximum aperture of f2.2 and supports UHD resolution video recording. 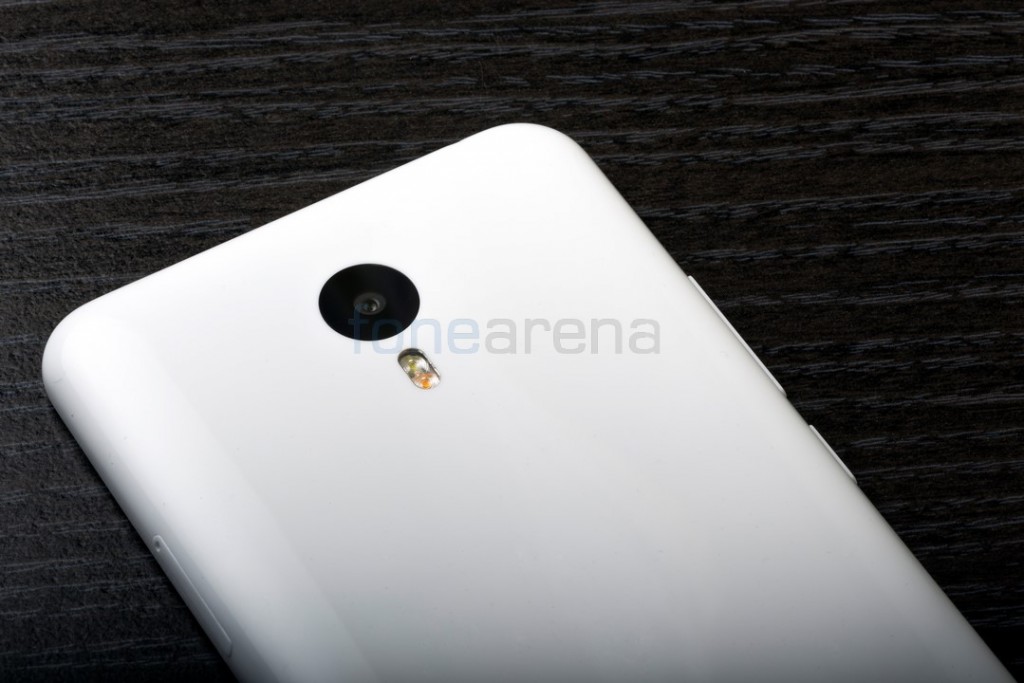 At the bottom you have the Meizu branding. The device that we have is a Glossy White variant. The device will also be available in Grey, Pink and Cyan colour variants and will be powered by a 3100 mAH battery. 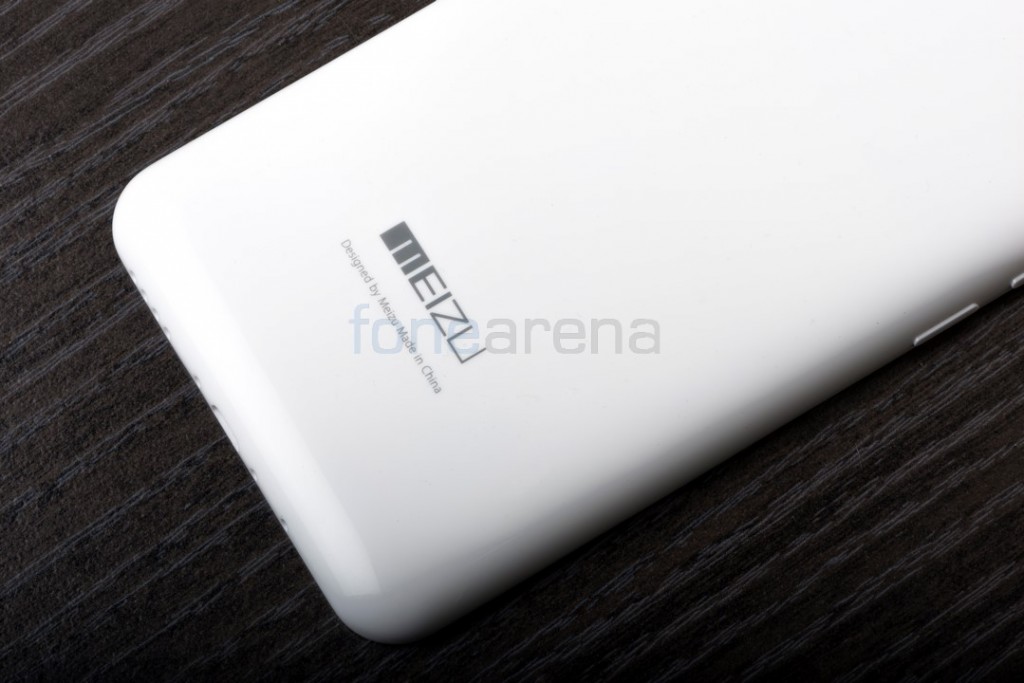