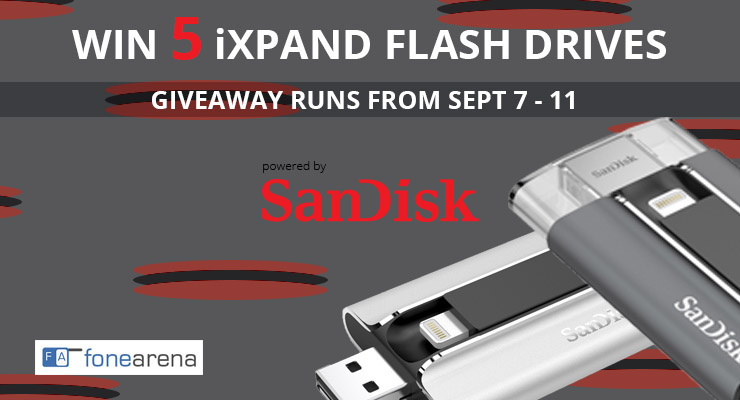 Hello readers! Thanks for your amazing response for all our giveaways. Yes, we are back with another giveaway. Time time we are teaming up with SanDisk to giveaway an unique flash drive from the company. 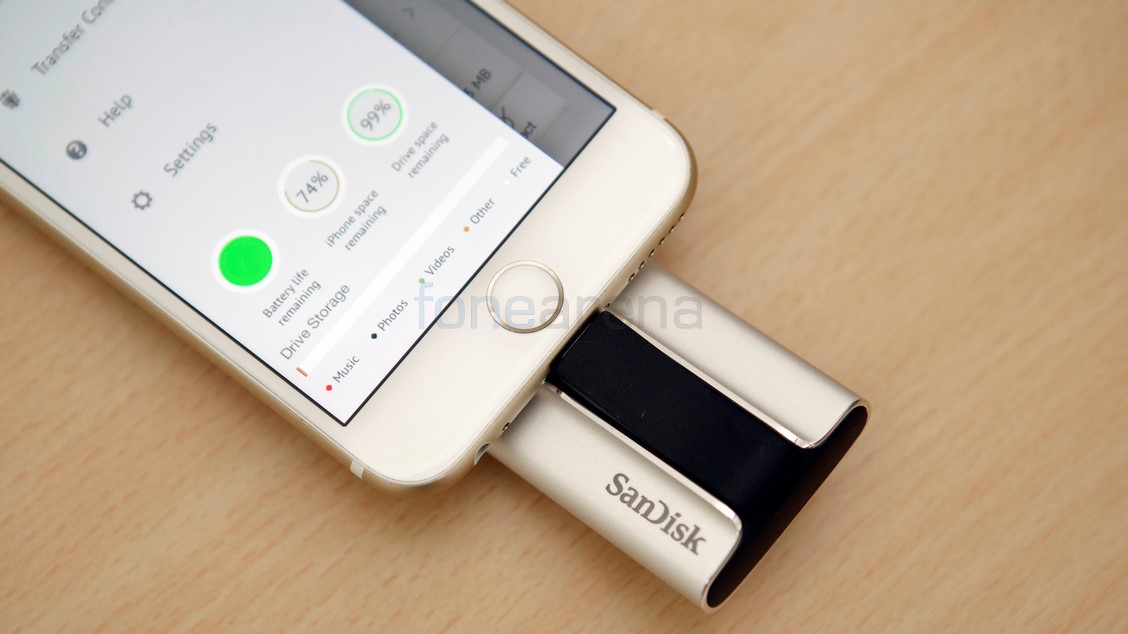 We had seen USB OTG drives for Android phones with a micro USB on one side and a standard USB connector on the other side to transfer files from PCs or laptops to supported Android smartphones and tablets. SanDisk introduced iXpand Flash Drive, an OTG drive for Apple iPhone and iPad last year. It was launched in India recently starting at Rs. 4,490 for the 16GB version. We reviewed it recently, and said it is worth its value especially for iOS users who feel that their storage on their devices are limited, since it lets users transfer stuff to and from their computer and iOS devices on the move.

We are giving away five 16GB iXpand Flash Drives worth Rs. 4,490 each. Just answer a simple question below to get into the draw.You can increase your chances of winning by following @SanDisk & @Fonearena on Twitter, if you have not done it yet, and also by tweeting about the giveaway with #SanDiskFoneArena using the link below.

Update: Winners of the SanDisk iXpand Flash Drive giveaway have been announced.

Important terms: This contest is open to Indian residents only. No employees of FoneArena, SanDisk or their family members and people connected in setting up this giveaway is permitted to enter the raffle. Winners will be announced within 15 working days after contest gets over. Gifts will be dispatched within 60 working days after the winning notice. Winners have to respond within 7 days to claim their prize. If a winner does not respond within the period, a new winner will be chosen. This promotion is in no way sponsored, endorsed or administered by, or associated with, Facebook, Twitter or any other Social Network.