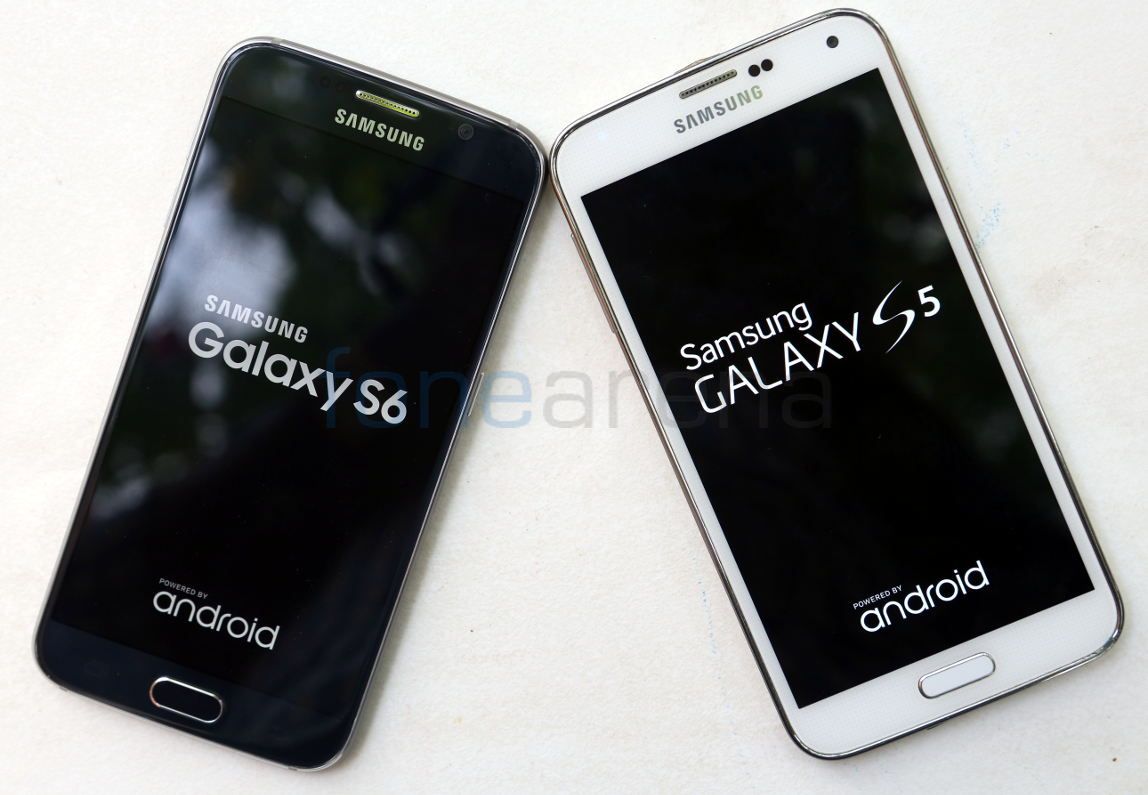 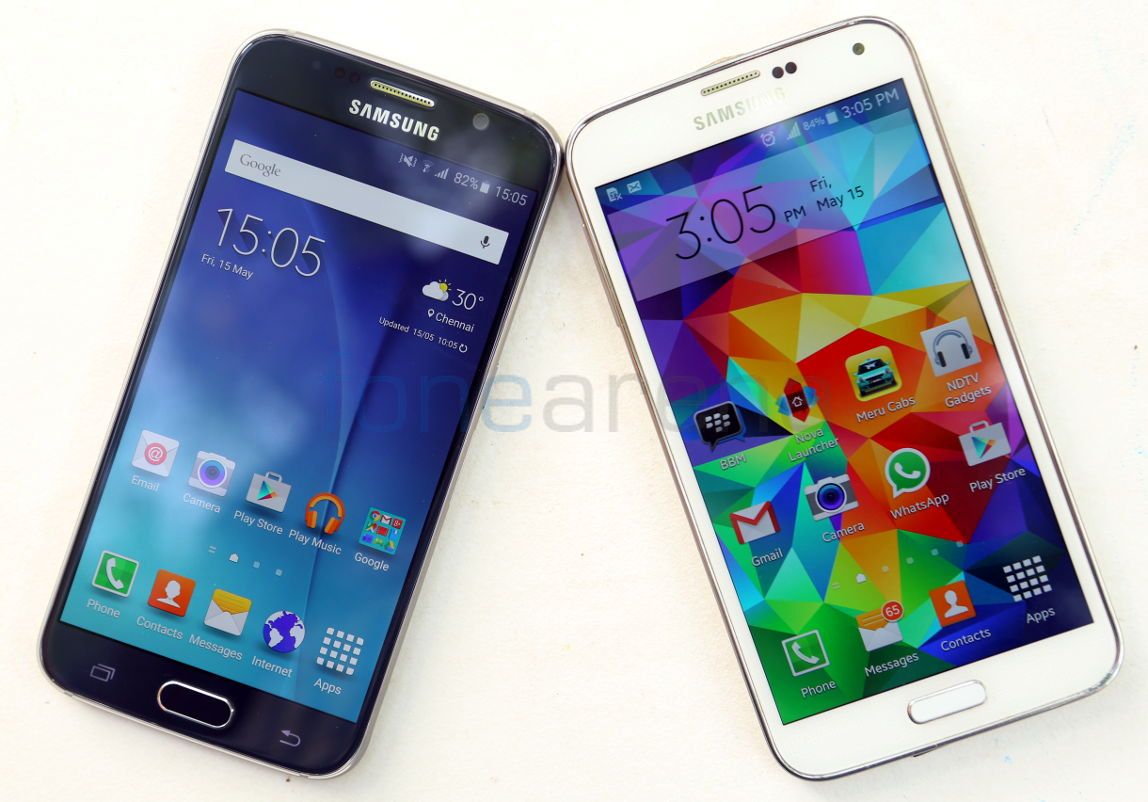 Samsung took wraps off the Galaxy S6 at MWC 2015 in March this year. The company launched its flagship phone in India in the same month starting Rs. 49,900. We have already seen the unboxing of the phone, and now lets compare the phone with last year’s flagship phone, the Galaxy S5 in this photo gallery. 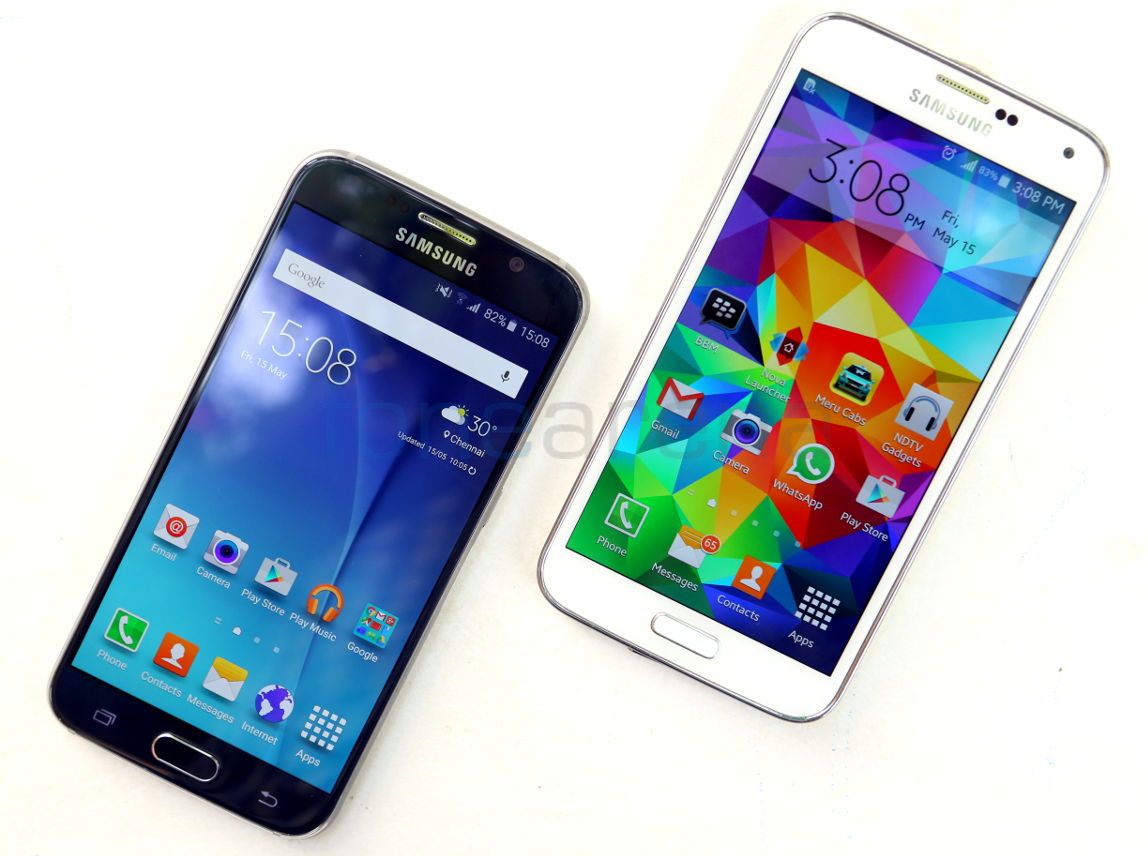 Both the phones have trademark physical home button at the center that work as a fingerprint sensor and capacitive buttons on either sides. 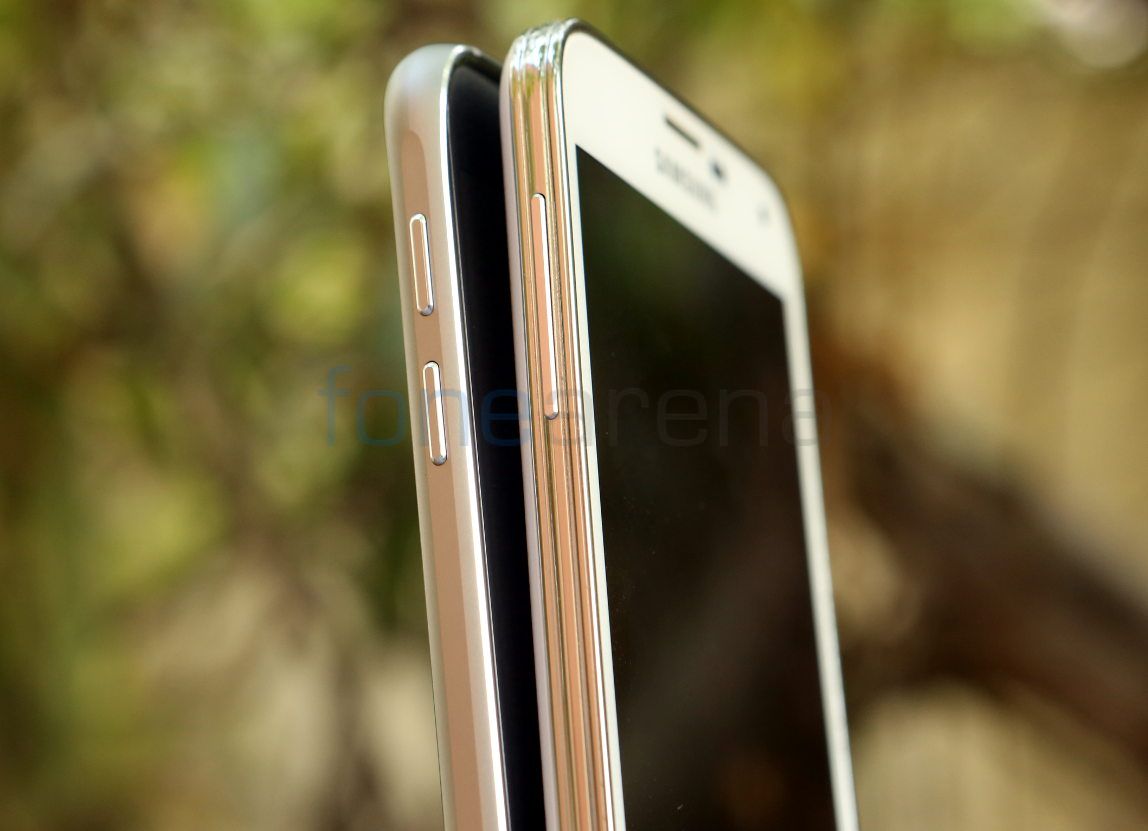 The Galaxy S6 has separate volume keys on the left while the Galaxy S5 has a single volume rocker on the left side with chrome finish. 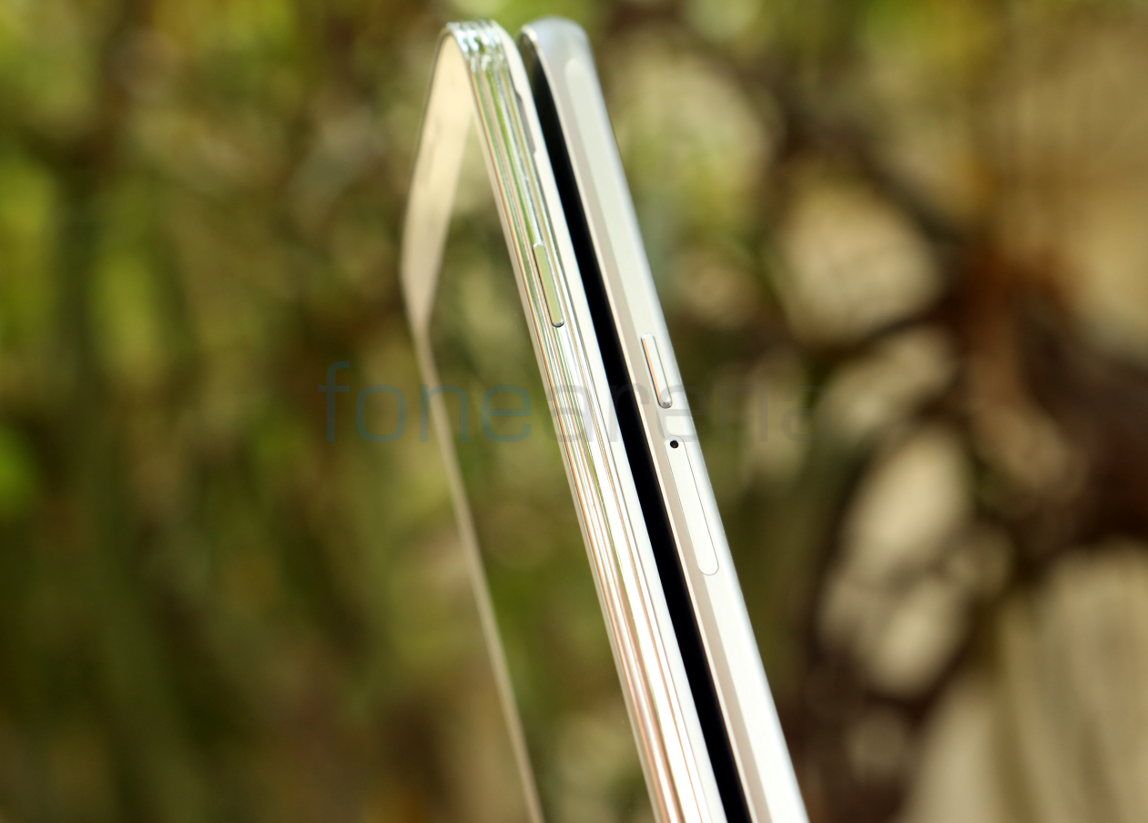 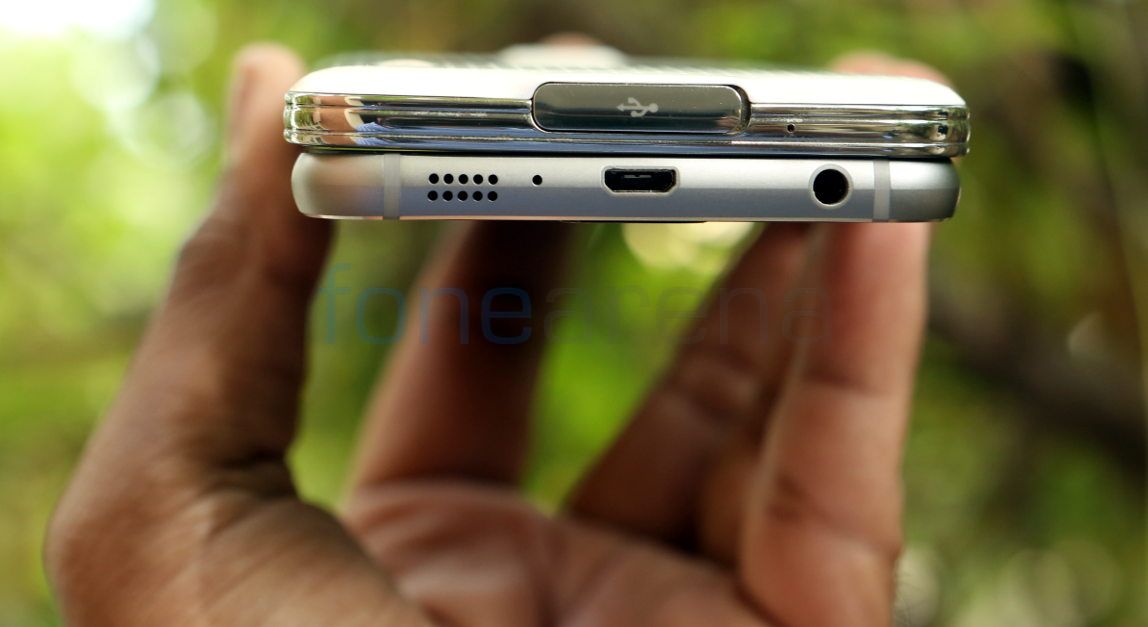 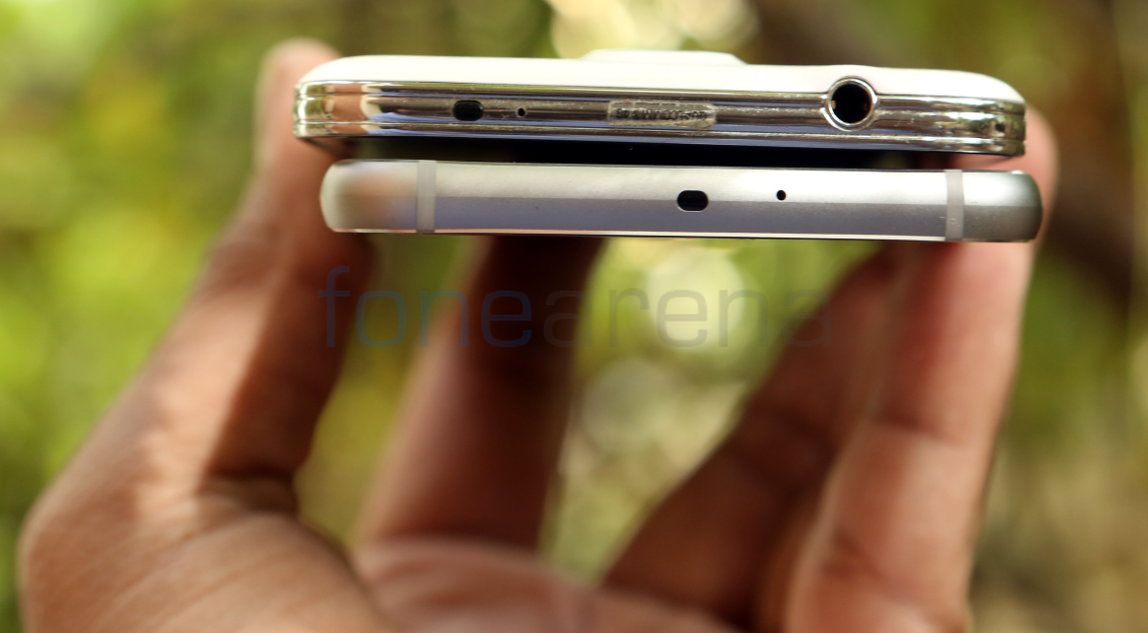 At the top the phone, the S6 and the S5 have IR LED for TV capabilities and a microphone. The S5 also has 3.5mm audio jack on the top. 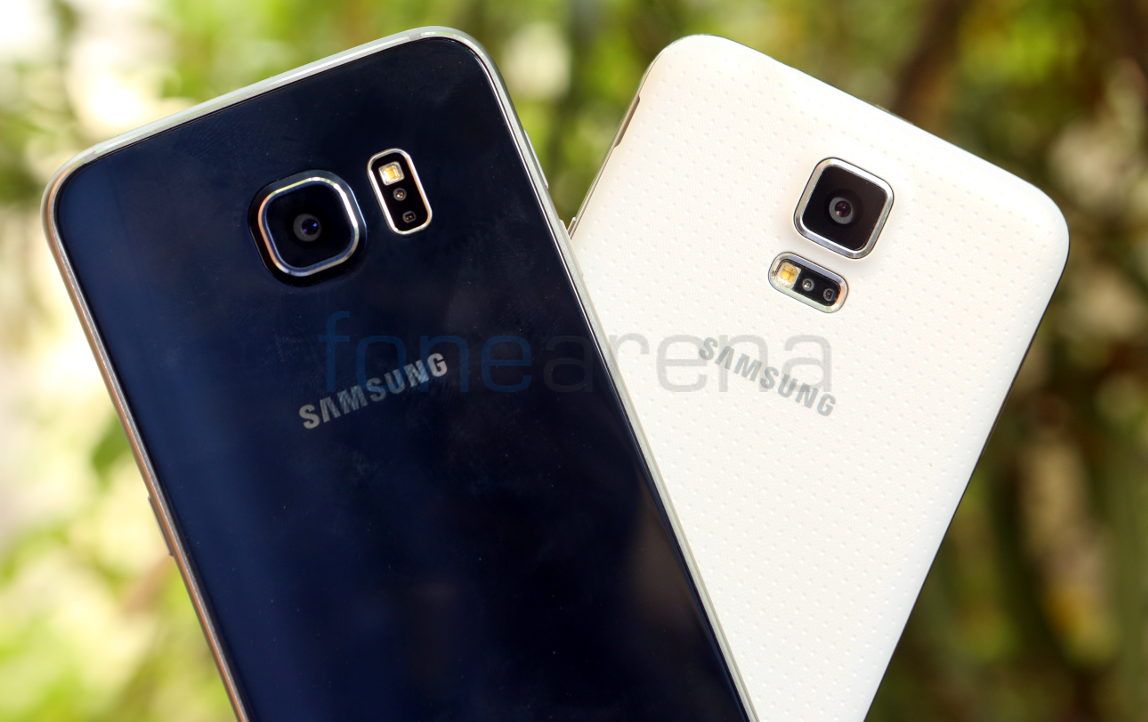 Both the phones have 16MP rear camera with LED Flash, OIS and a heart rate monitor. However, the S6 has a glass back cover on the back while Galaxy S5 has dotted pattern back. 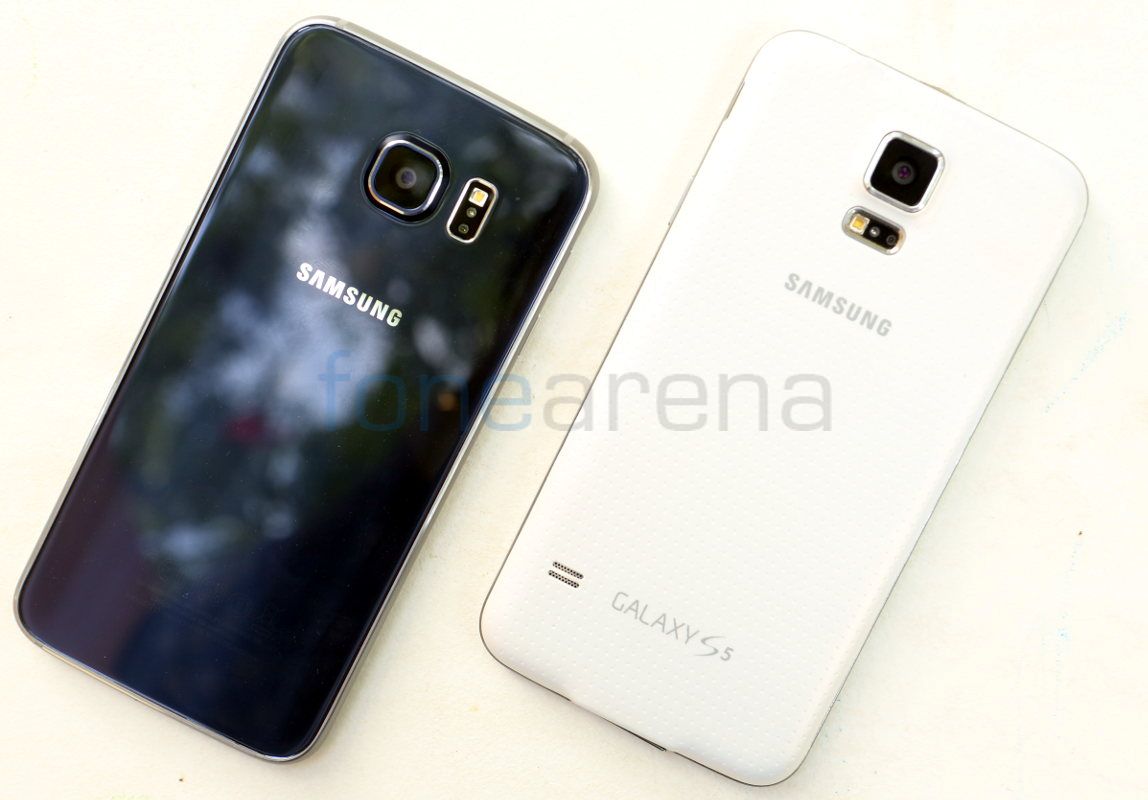 Both the phones have the Samsung branding at the center but the S5 has additional Galaxy S5 branding and loud speaker grill at the bottom. 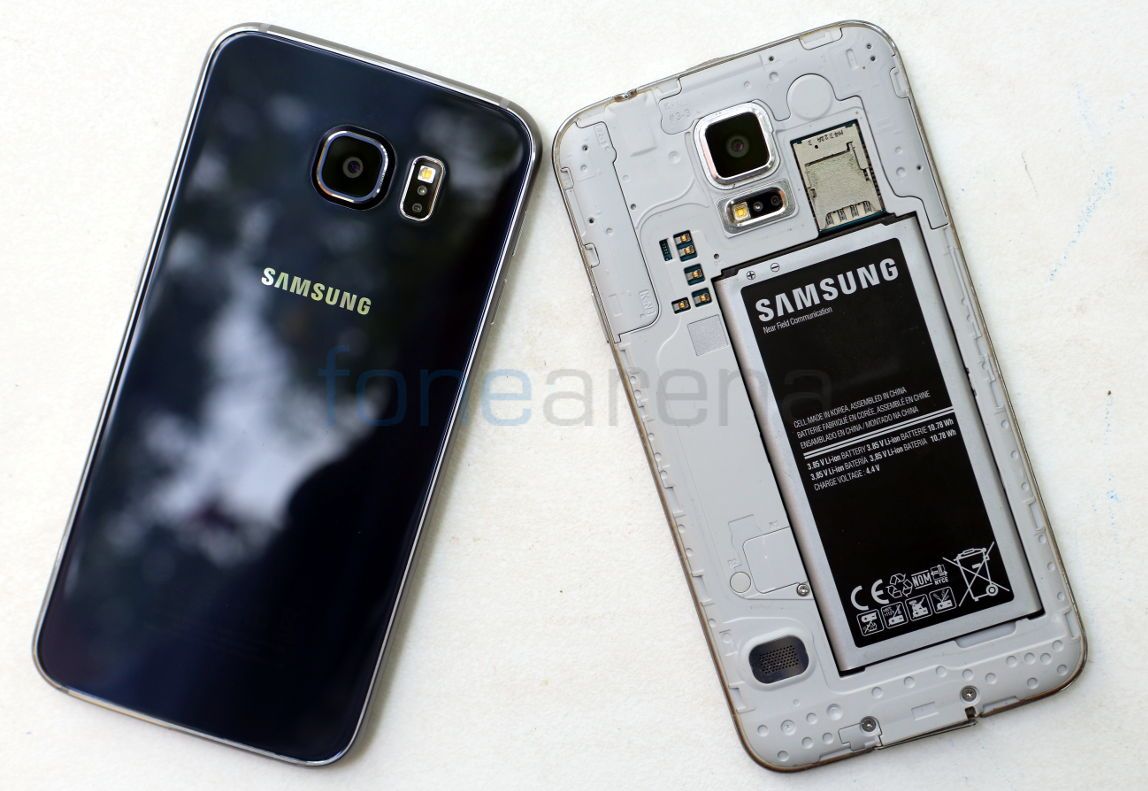