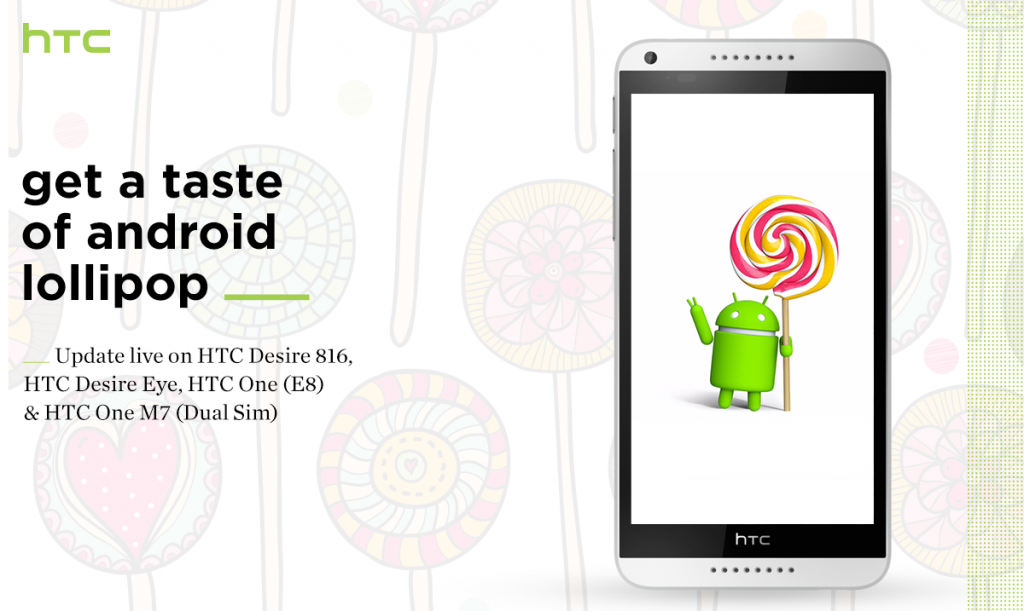 For the Indian users who are still stuck on Android KitKat, do go ahead and check if the update is available for your phones. Chances are that you might already have received a notification if you have allowed automatic checking for updates.

One thing to note is that the update will be quite large in size. In most cases it will be close to a GB in size. For example yesterday, the Desire 816 received the update to Lollipop and that was 862.8 MB. The size of the update will vary slightly from phone to phone but we still recommend doing the update over a stable Wi-Fi connection at your home or office rather than using your phone connection.

While the updates have already started rolling out, it might still take some time for your phone to detect it. So if it doesn’t show up immediately, do it try it again in sometime.