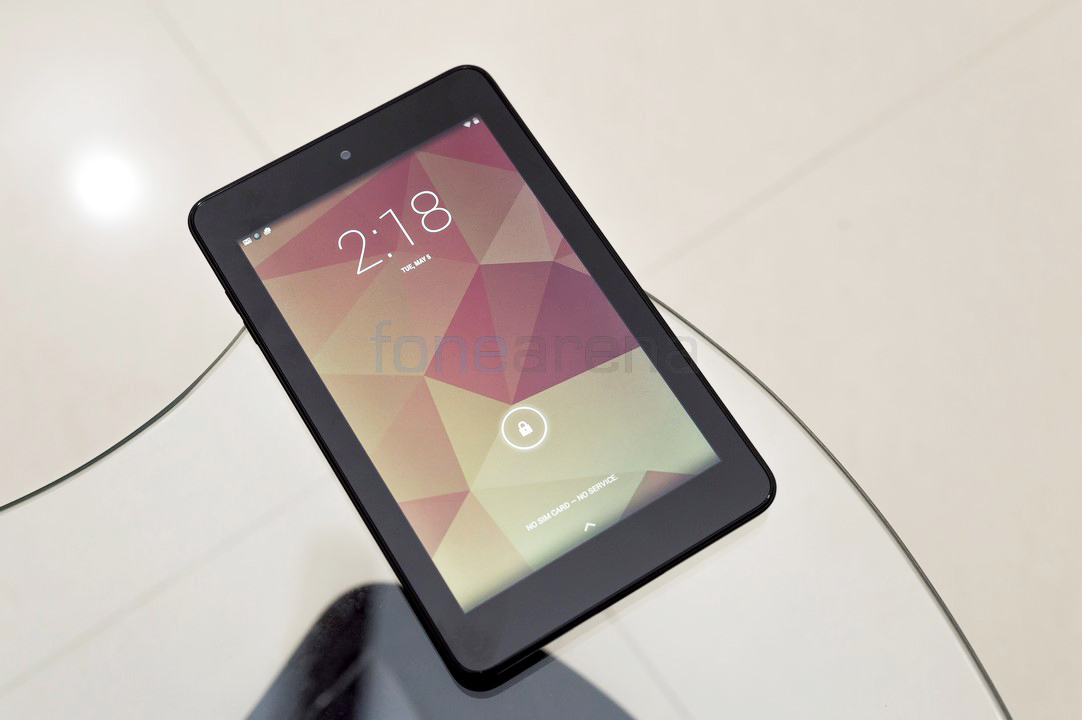 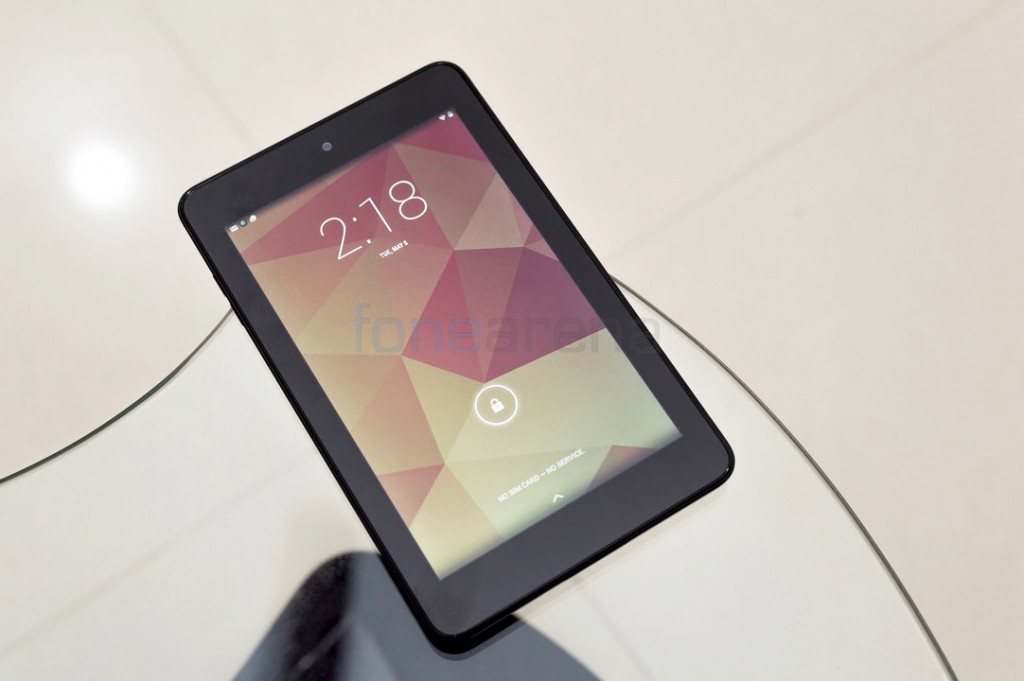 The Dell Venue 7 is a voice enabled tablet that runs on Android 4.4.4 KitKat. The device is available in Wi-Fi, 3G as well as 4G LTE variants. We have the LTE version of the device in our office and thought we would bring you a photo gallery of it.

The screen is a 7 inch IPS display with 720p resolution. The design is quite similar to the Nexus 7 (2013) but just a bit thicker overall. Above the display you have the front facing 1 Megapixel camera. 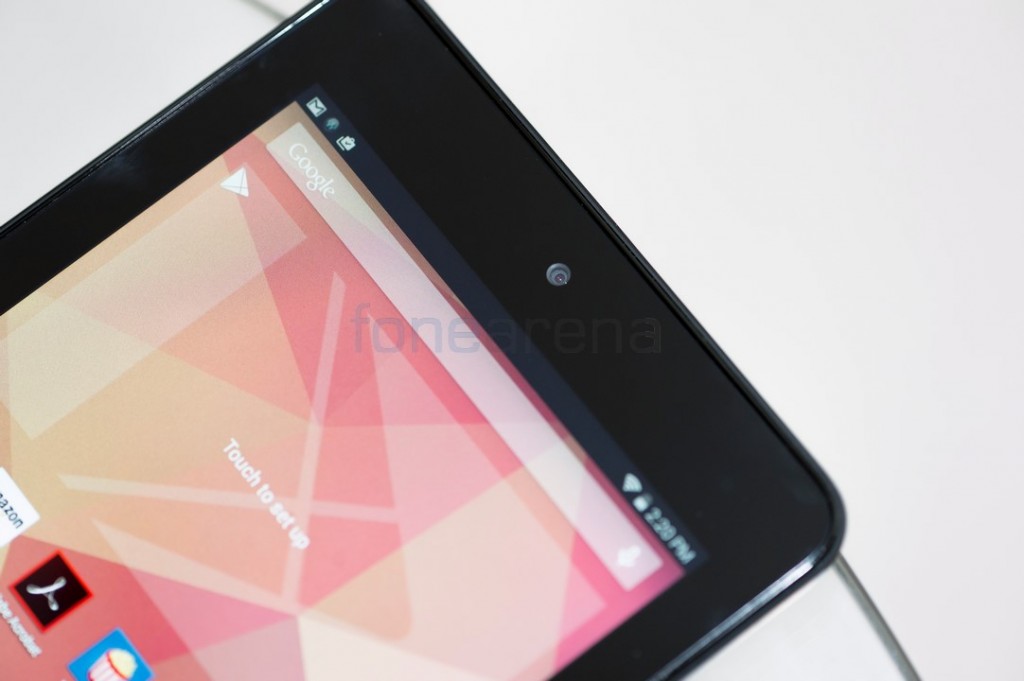 At the back you have a nice wave pattern groove that runs all across the device. 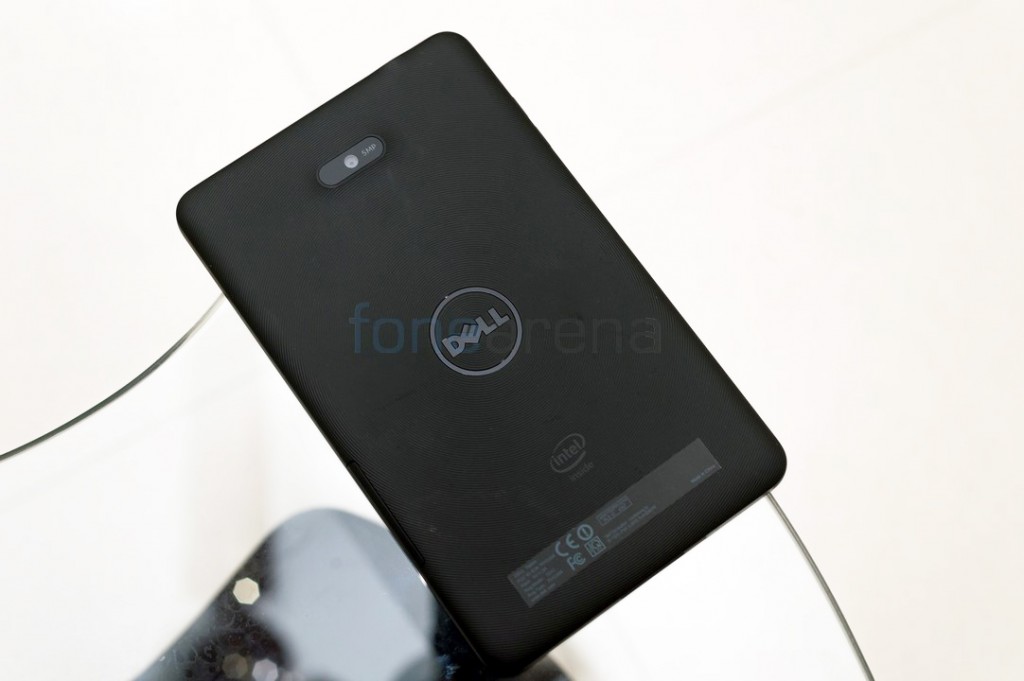 And at the top you have the 5 Megapixel camera but there is no LED flash to accompany it.

At the top you have the power/lock key, one microphone and the 3.5mm audio jack. 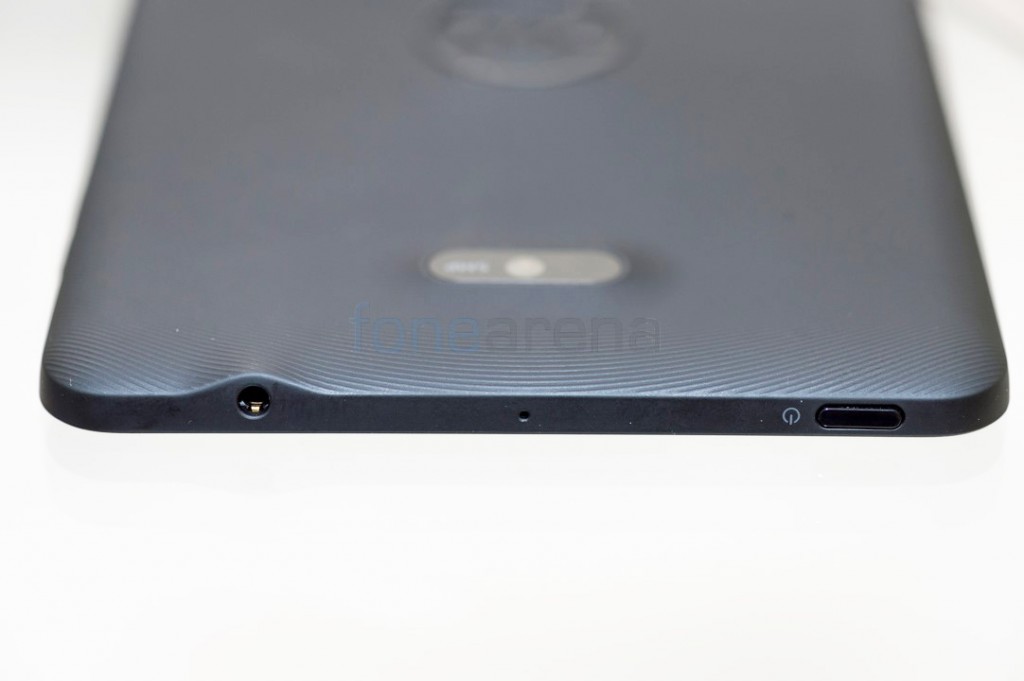 At the bottom there is the loudspeaker in the center. 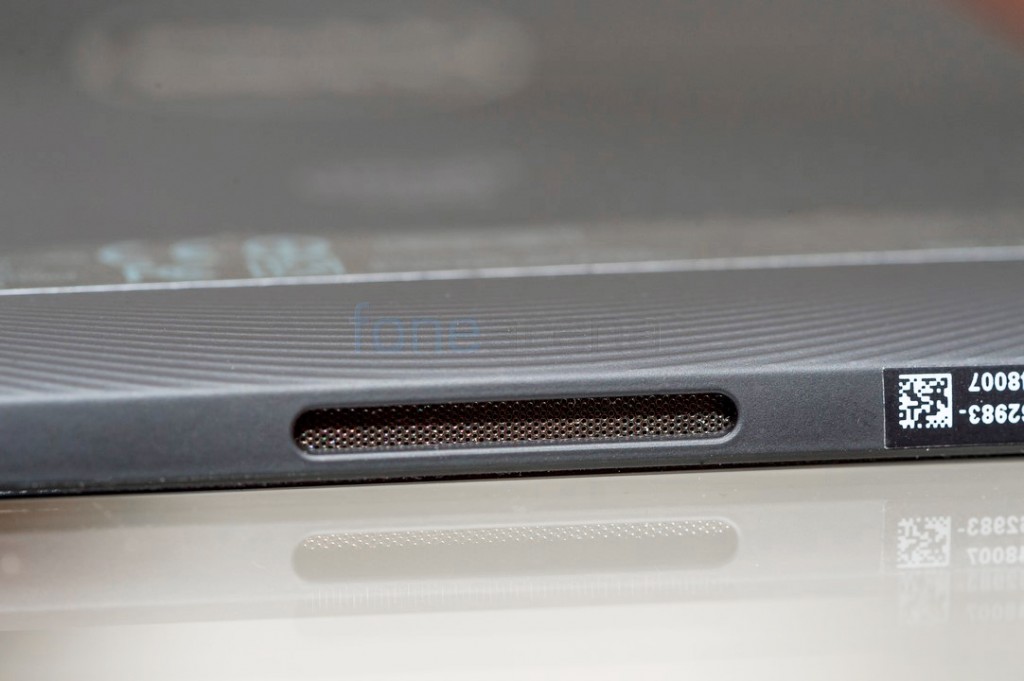 On the right side, you have the volume rocker and the microUSB port. 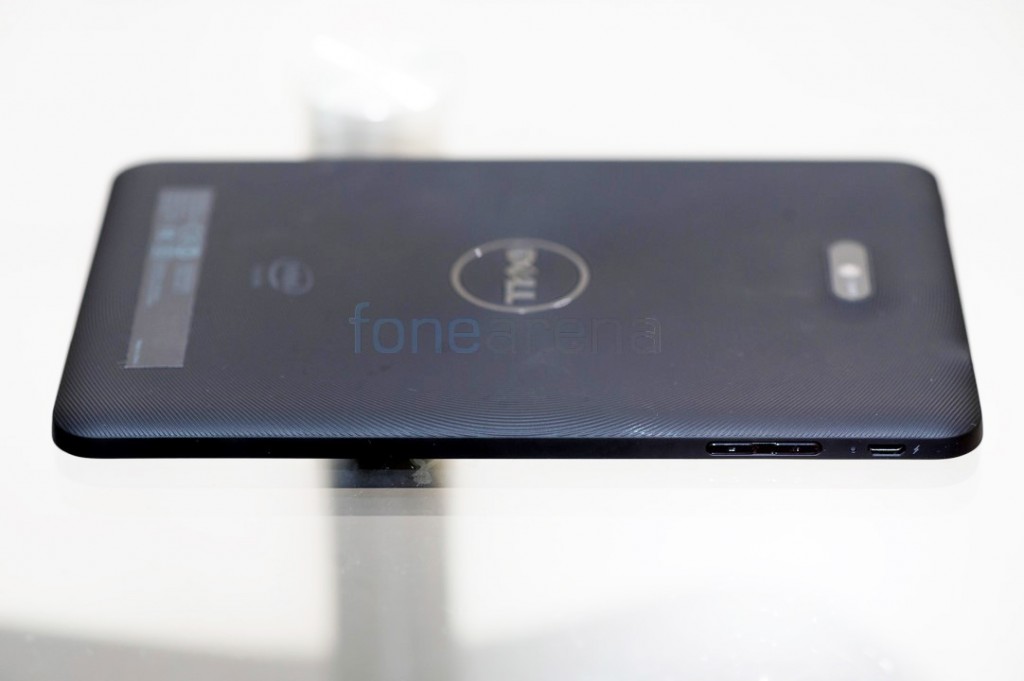 On the right side, you have the microSIM slot as well as the memory card slot. We have the LTE version which supports microSIMs and also has 16GB of built in memory which is expandable using microSD cards upto 64GB. 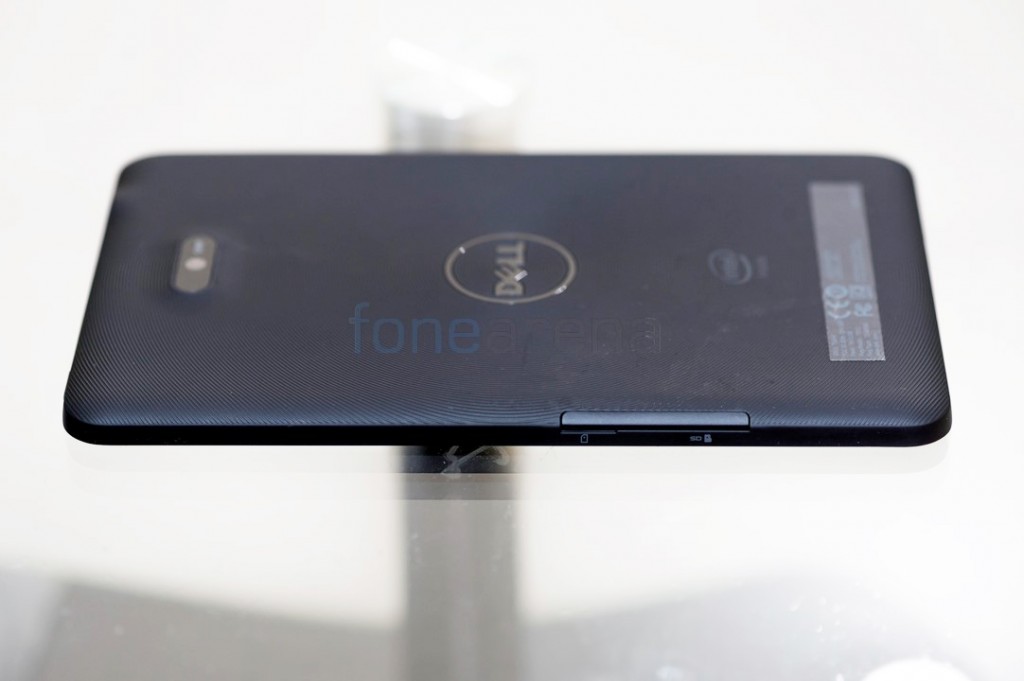 The Dell Venue 7 LTE variant is voice enabled and is available in the market at an MRP of Rs 14,999. 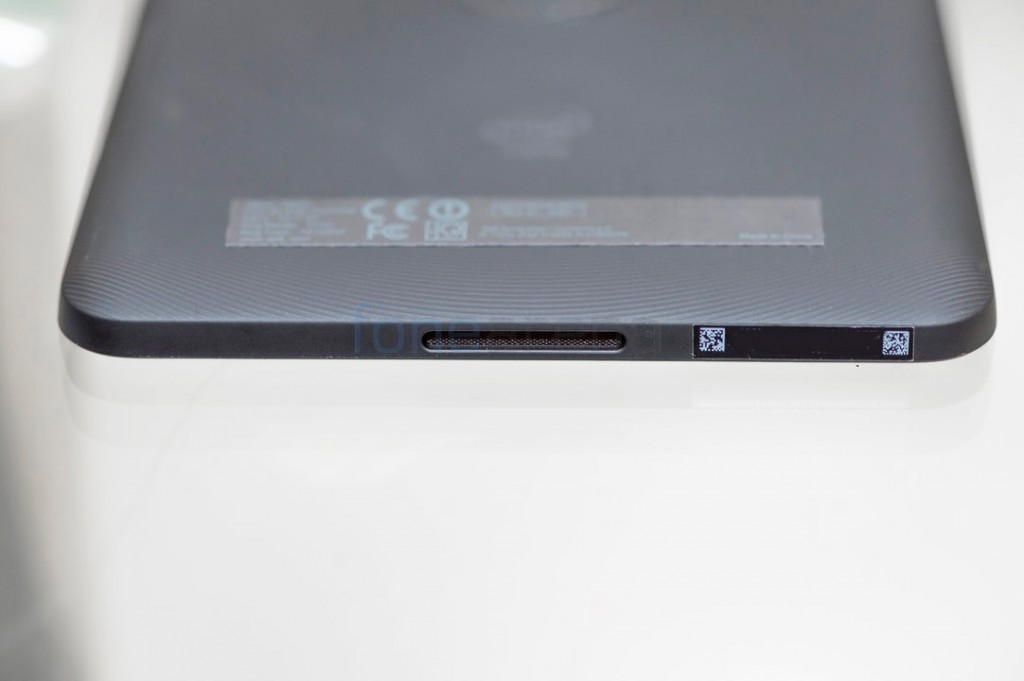