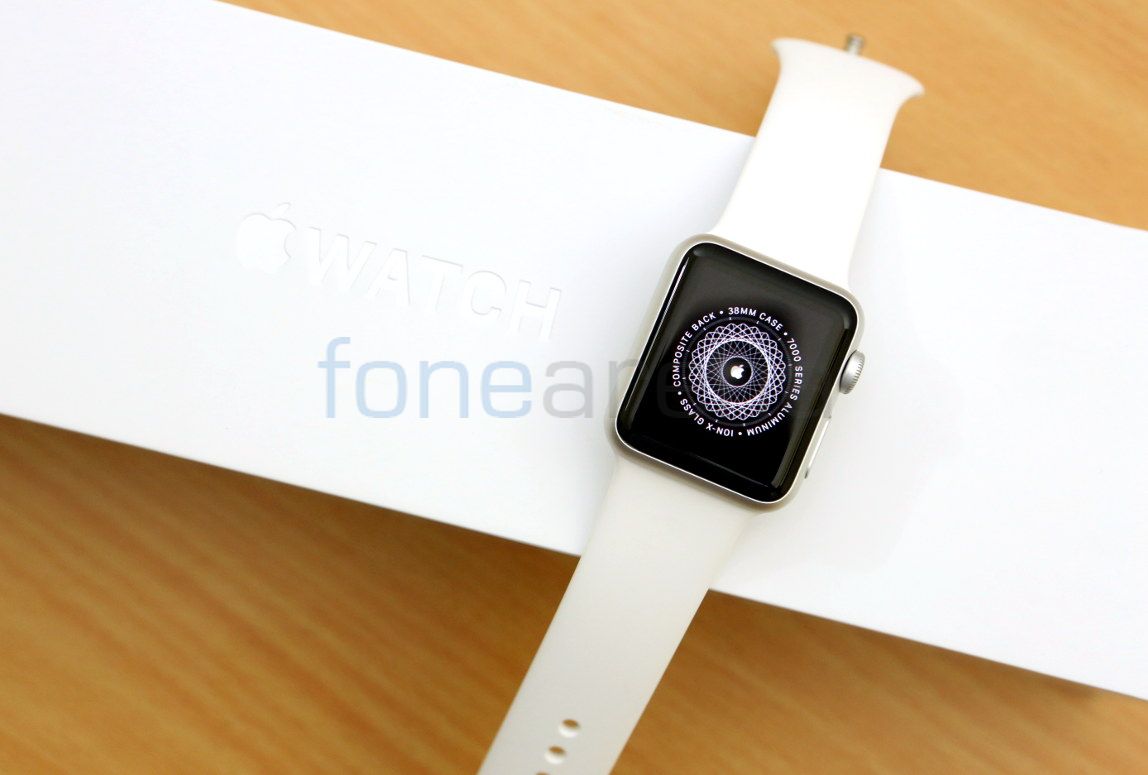 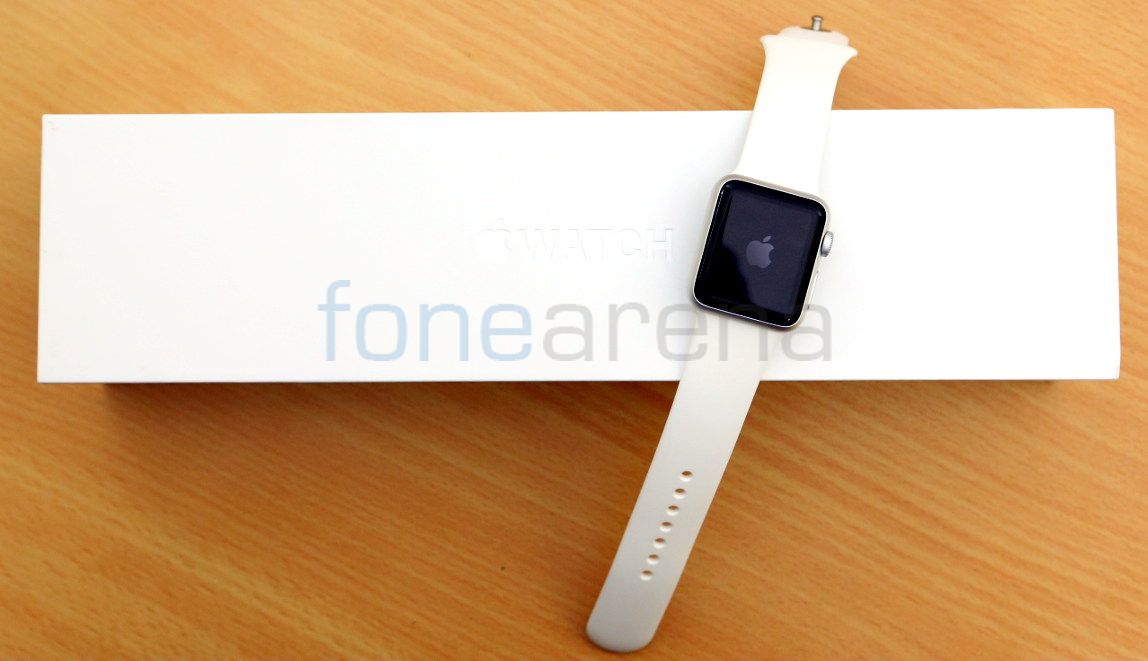 Apple unveiled the Apple Watch, the company’s first wearable back in September last year. It went on Pre-order from April 10 in 9 countries, including Australia, Canada, China, France, Germany, Hong Kong, Japan, the UK and the US. It started shipping for customers recently. It starts at $349 for the base variant Apple Watch Sport. We managed to get one from Hong Kong. We already brought you the hands-on, here we have the unboxing and first impressions of the smartwatch. 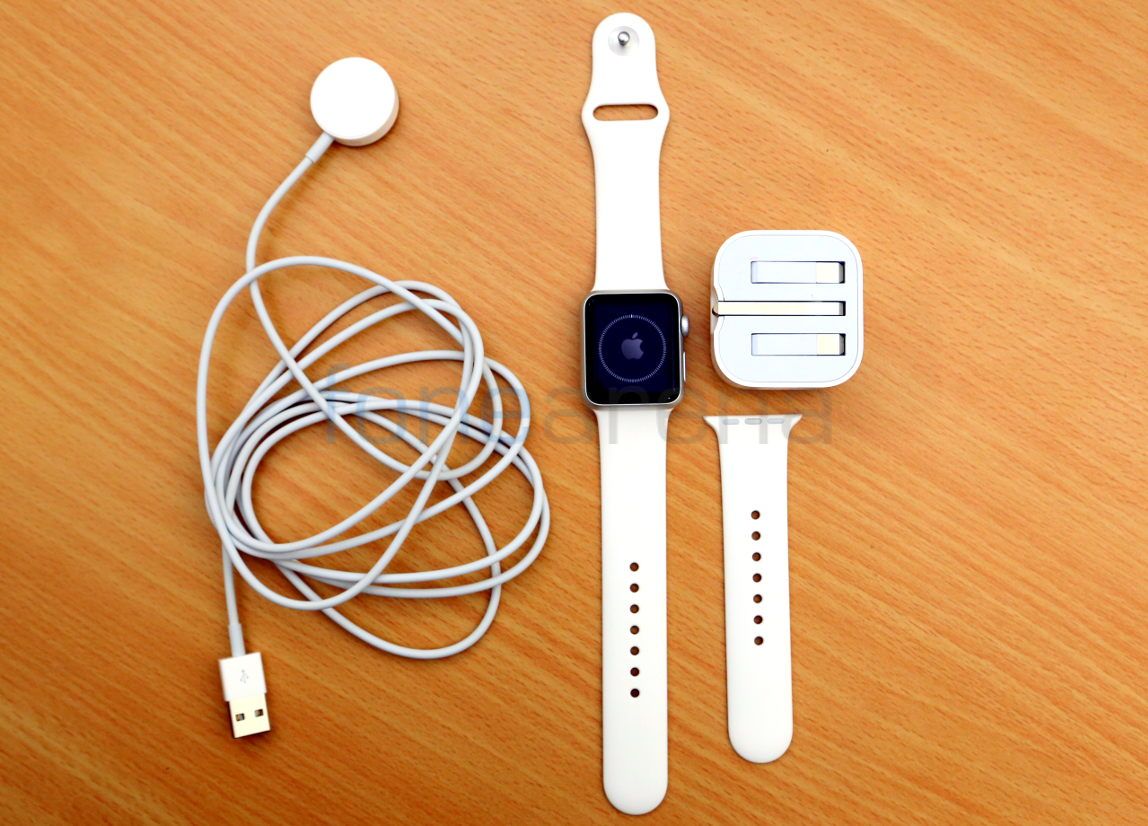 The Apple Watch has a Retina display with Force Touch and Ion-X glass, a hardened glass for protection. It has built-in gyroscope, a heart rate sensor and a Taptic Engine that senses all the inputs. It has Ambient light sensor for automatic brightness adjustment. The 38mm version measures, 38.6 x 33.3 x 10.5mm and the case weighs 25g. It has a speaker for alerts and microphone for Siri, Apple’s voice activated assistant. It has Wi-Fi (802.11b/g/n 2.4GHz), Bluetooth 4.0 and NFC for Apple Pay. It promises up to 18 hours of battery life. It is also water resistant, but it is not water proof. 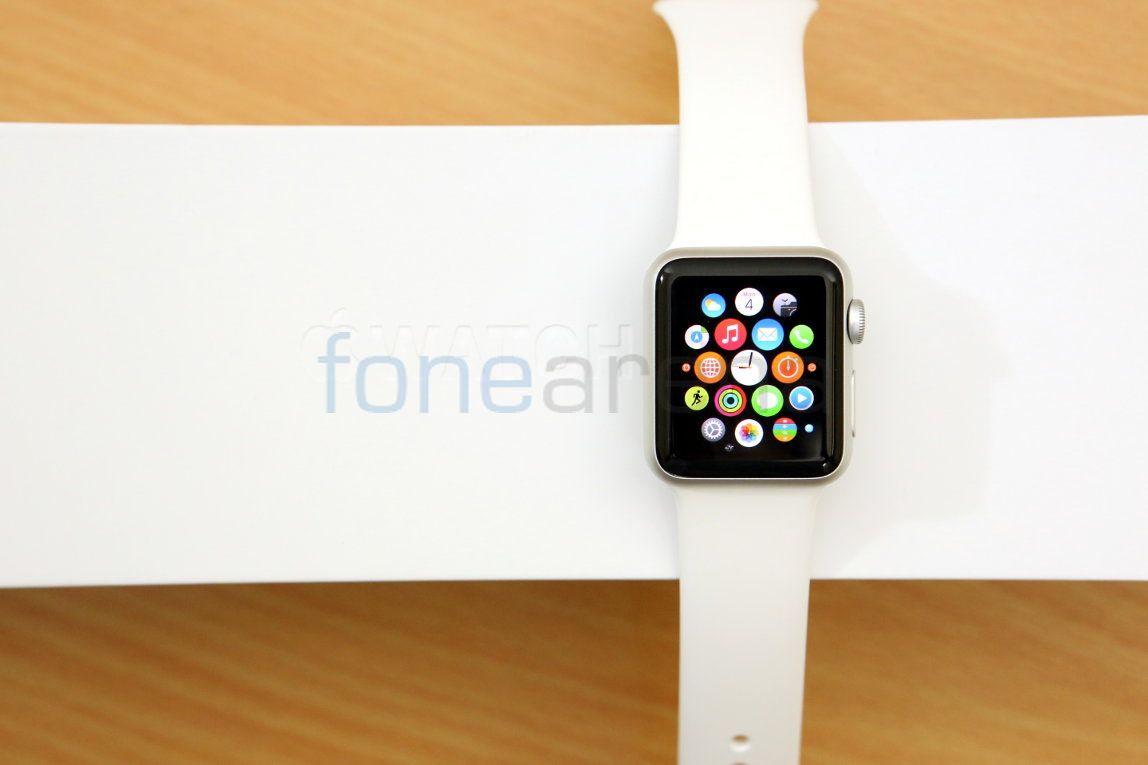 Getting started with the Apple Watch does take some time considering the User Interface is not very straight forward. But once you spend some time with the device , it is fairly easy to use. The build quality of the device is very good and we are dealing with the least expensive model priced at $349 and yet the quality of the Watch unit and the straps are quite impressive. 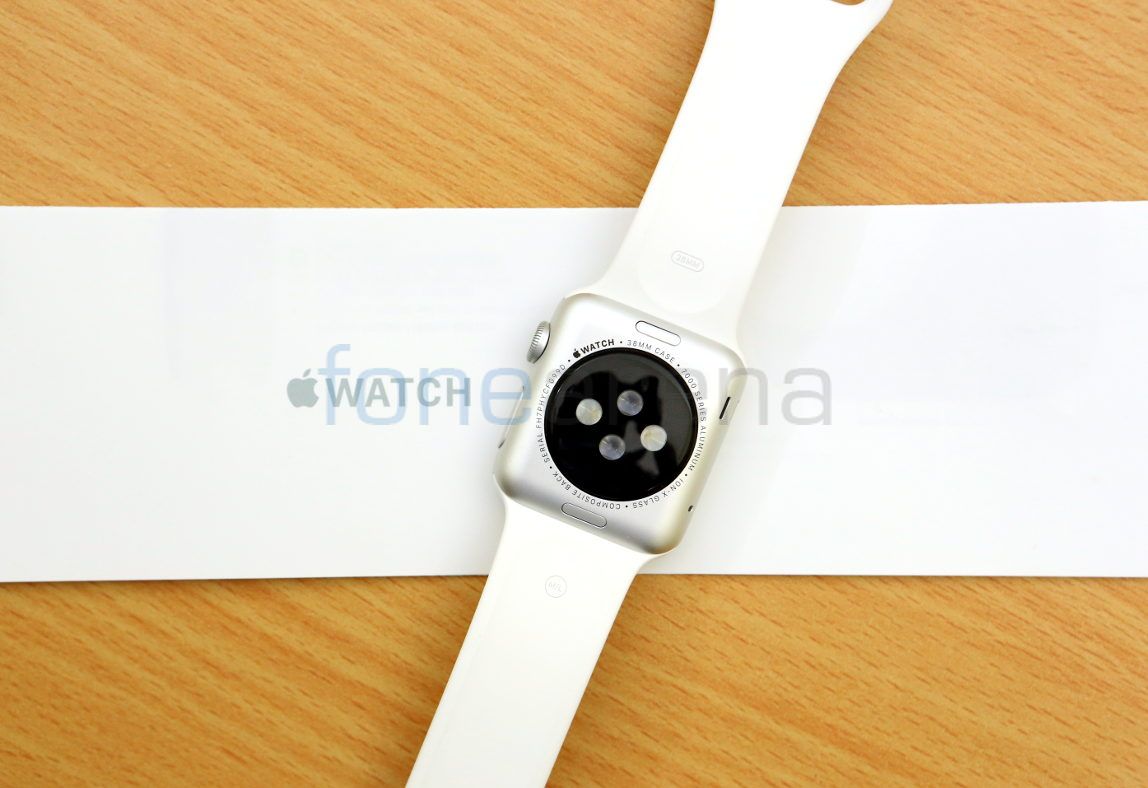 Unless you use an iPhone the Apple Watch is going to be of no use to you. After having tried a dozen or more smart watches so far , the Apple Watch seems to be the most refined one in my opinion. The responsiveness of the screen , the close integration of the apps and the comfort of the fit on the hand does make me want to use my iPhone more often. All that said and done , I think Apple has made it super complicated for the buyer with over 20 different models of the Watch when all those have mainly cosmetic differences. After having spent a couple of days with the device, I would regret paying anything more than $349 for this device. Apple ignited the tablet market with the iPad, it stormed the smartphone market with the iPhone and now they are all set to ignite the smart watch market with the Apple Watch and this version one of the product will surely give you a taste of it.