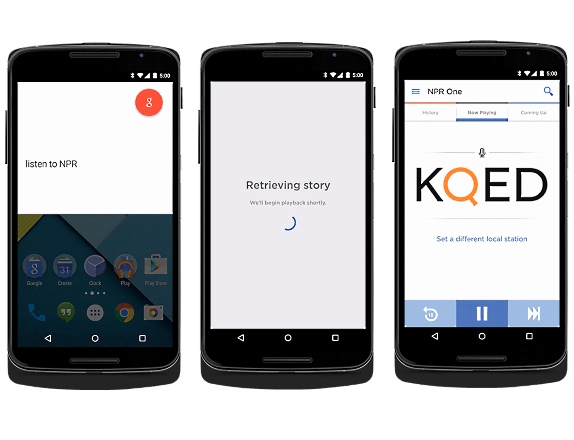 Back in October last year, Google started asking third-party Android app developers to integrate the ‘Ok, Google’ voice command action for their in-app searches. Now, on Thursday the Search giant announced that the feature has been made available to its “first set of partners”.

At present, the custom Google voice actions on Android is for the select group of partners at its pilot stage, but company has plans to expand it further as well.

“We’re currently piloting custom voice actions with a select group of partners, but we plan to open it up more widely in the future,” noted Google on its Android Developers Google+ page post.

“This feature will enable people to say things like ‘Ok Google, listen to NPR’ or ‘Ok Google, show attractions near me on TripAdvisor’,” adds Google+ post.

Google Voice Actions let users quickly complete tasks in your app using voice commands. It’s another way to drive usage of your app with Google. Users’ voice and text action requests can now lead directly to your Android app, so they can get to your native mobile experiences quickly and easily.