In the past month, a lot of people have noticed me using the Samsung Galaxy Note Edge. May be it is the eccentric visual design, which immediately attracts your eyes to its curved edge, or maybe it is Samsung’s marketing blitz that made them aware of its existence, but it surely did get noticed, a lot. The fact that it is unattainable in price, for most people, adds a layer of curiosity as to what new things it can do. Being a variant of the mainstream Note 4, is the Galaxy Note Edge a successful innovation experiment? Let’s find out.

The Edge screen is, generally, the USP, and the key deciding factor if one is made to choose between the Note 4 and the Note Edge. Positioned on the right side of the phone, the curved screen extends to the back, leaving a thin strip of metal separate it from the rest of the phone. Even if it is indeed a part of the display, it acts independently most of the time, meaning, it overlays the screen all the time, even when it’s off.

The extra strip can be many things, with the default one being a list of favorite apps you can configure. The scrolling list is usually filled with the default ones that you see on the first home screen in Samsung devices, which naturally creates a cleaner setup and of course, more options on one screen. I found it easy to access apps on the edge screen because the list was always a swipe away, and hence it made switching easier.

There are even third party solutions that give you tabbed multi-tasking, tickers for news, trends, weather and so forth. Remember the Samsung Continuum? It seems like the Edge has re-used some of those ideas. The most useful edge screen was for multitasking and the most useless is tied between the RAM usage tool and Tiny burger, a game for the edge screen. The edge screen “panels” can certainly be managed, but you can’t do much if even third party developers can’t find interesting use cases. The edge screen can also act as a toolbar for some default apps. Like for example, S-Note, which uses the edge screen for access to all its basic tools in editing. This idea is better than tiny burger, but again, it’s restricted to a very few apps. For a big screen phablet, moving things to the side makes a lot of sense, especially when you want to focus on the content, with it getting the real-estate it deserves. 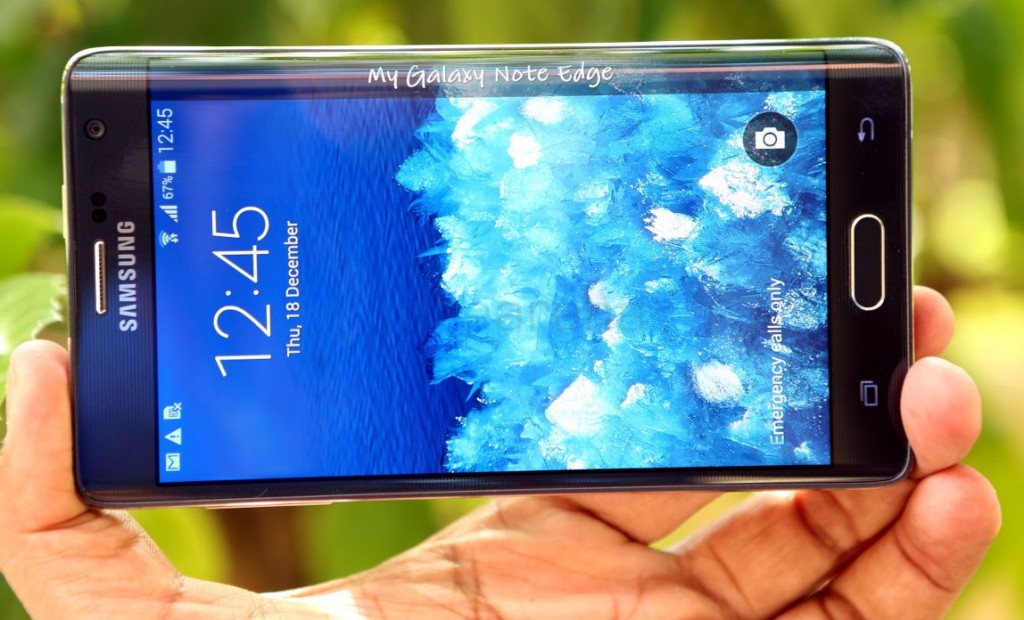 When it comes to ergonomics, the Note Edge is awkward to hold, which is definitely something I expected. When humanity was faced with one of the first capacitive touchscreens in the iPhone, efforts were made to reject accidental touches. On the Note Edge, it looks like they are back in vogue. My right palm kept touching the edge screen and forced me to be careful about it, which I didn’t like as it made holding the phone a bit awkward. This didn’t happen all the time, to be honest, but it was a pain point in my experience. Another small hindrance was the lack of a solid grip, because of the diminished edge on the right. Except for the night clock option and the edge multi-tasker, it was really hard for me to convince myself on other use cases of the edge screen, which I never returned to. Sometimes, as mentioned earlier, you are forced to use it in apps like the camera where all the buttons are on the edge screen, not really the ideal place for a soft-shutter button in my opinion. In portrait, I kept taking photos without my knowledge. 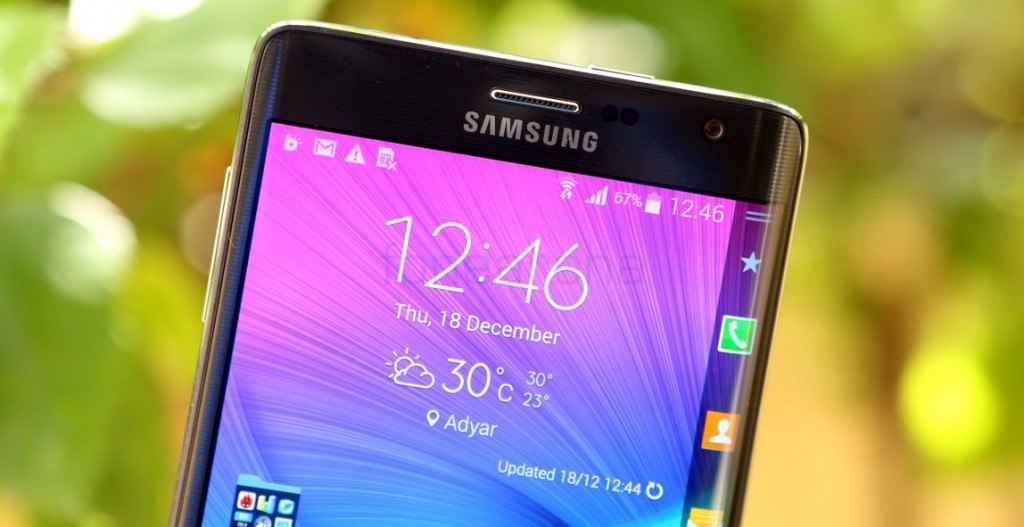 In terms of practicality, the Note Edge’s edge screen is not as useful as I wanted it to be. It started making a lot of sense initially, especially when in apps that used it as a toolbox, but the annoyances far outweigh the simple advantages. But the edge screen aside, the Note Edge is exactly like the Note 4, in every imaginable way. The slightly smaller(5.6″) display is quad HD+, with the + being the extra pixels for the edge screen. Sporting the same screen technology as the Note 4, it shines with dense resolution and great performance. It’s bright, colorful and very well within the expectations a flagship device creates. Like all AMOLEDs, it’s quite saturated in its default settings but Samsung allows you to tweak it the way you want, by offering a display setting.

There is, indeed, the same fingerprint sensor for biometric authentication, the same materials as the Note 4, with metal on the sides and faux leather at the back. The chamfered edges on this design are prone to scratches, just like the Note 4, and yes, thankfully the gaps between the screen and the body are tighter this time. Moving to the back, we have the same 16 megapixel camera unit, which is a delight to shoot with, actually. 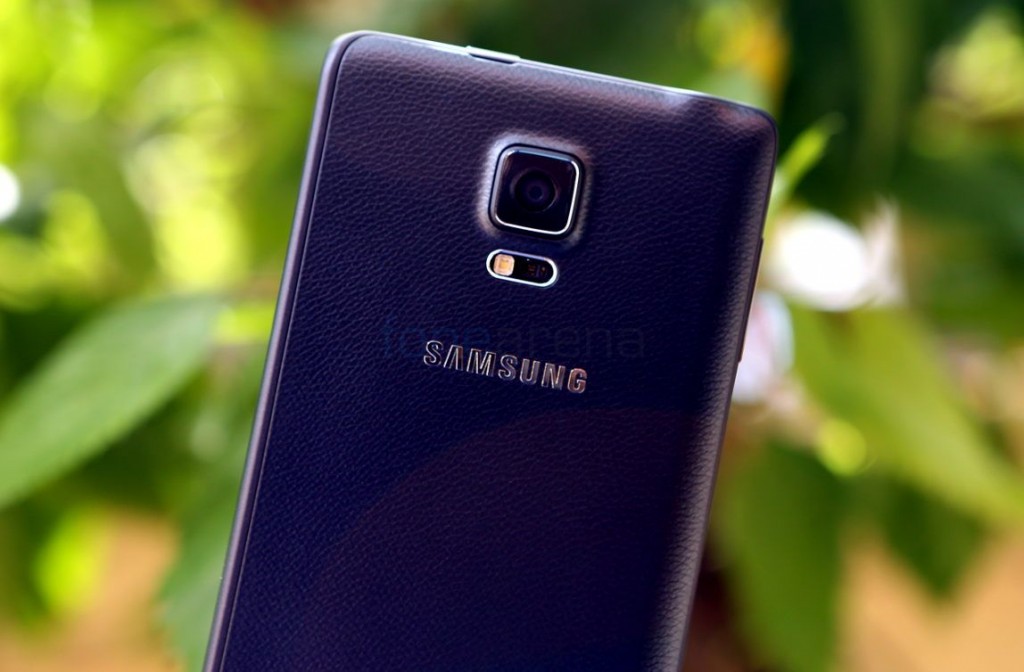 The Note Edge’s camera, same as the Note 4, produces great stills and video, with plenty of options to quench needs of the evolving mobile-photographer. It takes great HDR photos and video, is good in low light and has optical image stabilization, which works with software algorithms in full HD mode, aimed at ending the internet of shaky mobile footage. It’s also quite fast for capturing moments, and is easily one of the best smartphone shooters out there, period. Some examples –

Now let’s talk about performance and software. The Note Edge, over the course of usage, got an update to Lollipop, which made things… worse. To my knowledge, this is not the same Touchwiz UI I saw on the Galaxy S6, which also runs Lollipop, but something like an intermediate version, perhaps. The animations are clunky and the user experience is not really the best, as opposed to KitKat which was alright. Running on the Snapdragon 805 chipset, the device sometimes struggles to not drop frames even when doing simple tasks, mainly because of the super-high resolution screen. Frame drops were a common occurrence, but thankfully, with the update, it reduced. Raw performance was not really a problem, as it managed to run any high-end game with ease, albeit with the small trade-off of overheating. The device heats up a bit, without doubt, even when using the camera. In all these cases, the device performs very similar to the Note 4.

Talking of similarities, the Note Edge is a Note too, so it gets the same stylus as the Note 4. Undoubtedly, the sketching and note-taking experience on this device, on par with its brother, is unrivaled. With the edge screen making controls more accessible, the real estate you get for note taking is higher than on the Note 4, so makes the experience a little better. Personally, I take a lot of notes and sometimes, scribble some doodles, so, just like the Note 4, I enjoyed the stylus experience. 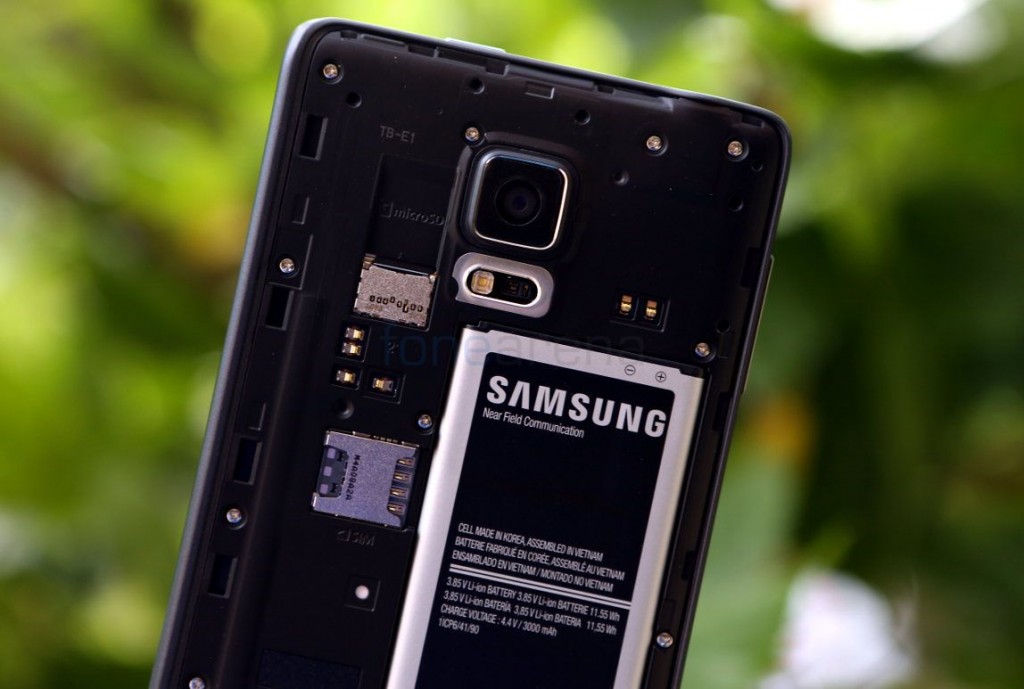 The only place where the Note Edge differs, is in terms of battery capacity. The Note Edge, owing to slightly smaller dimensions, has a 3000 mAH battery while the Note 4 has a 3220 mAH battery. Initially, the battery life that it offered, was on par with the Note 4, which was not too great really. It lasted easily for a day and sometimes, even for a day and a half, but once features like step tracking and night clock are enabled, you’d get a maximum of about 14-16 hours of active use. This includes calls, videos, the camera, the internet and a bit of casual gaming. 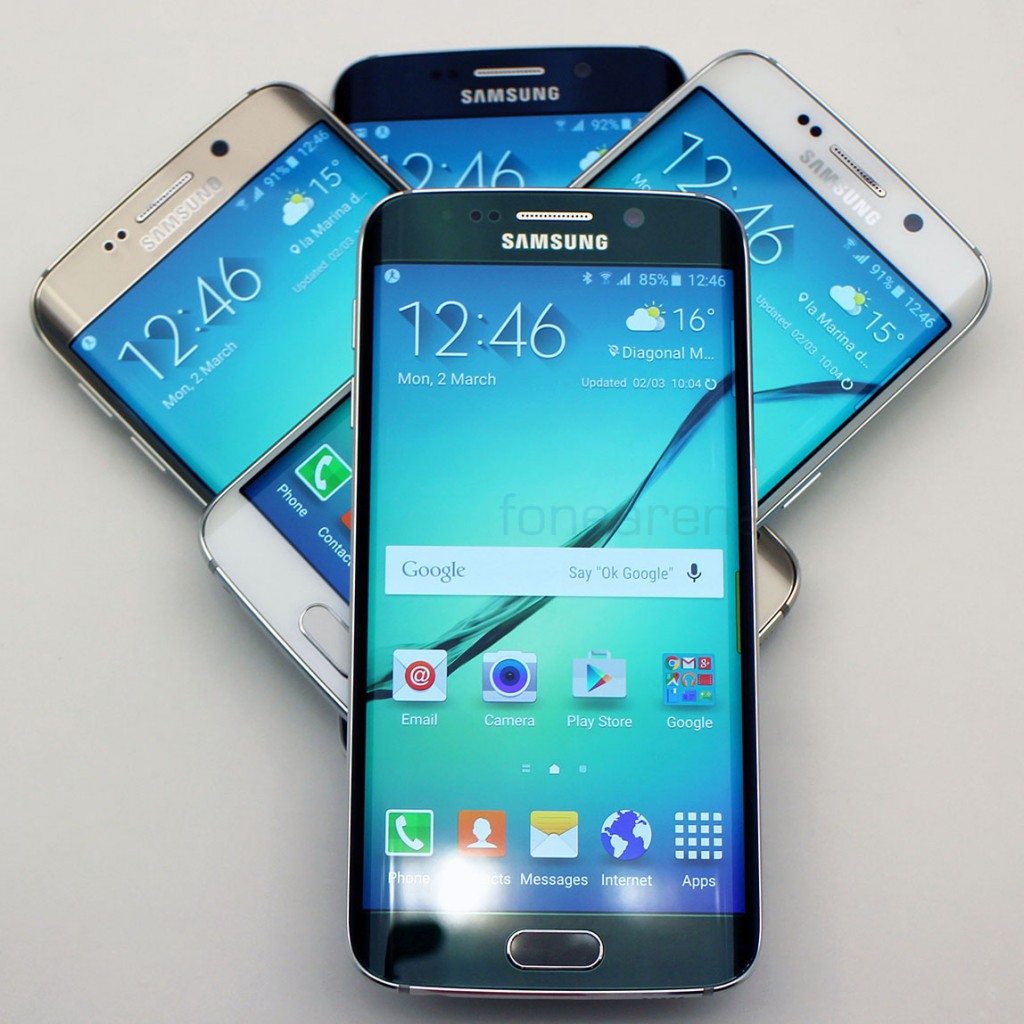 Samsung has been very cautious for its latest flagship. There are indeed two variants, just like the Note, but there is no edge screen or its features on the S6 edge, which tells you more than what this review could ever tell you, about the Note Edge. The concept, revealed two years back at CES, was an experiment which raised a few eyebrows. It still does, in the same way it did when it was revealed, but the idea, as we have noted over the course of usage, is not as practical, as one would’ve liked. Despite that, the Note 4 makes the Note Edge a great device overall, but the Edge screen makes it an attention-seeking Note 4, without a clear purpose.