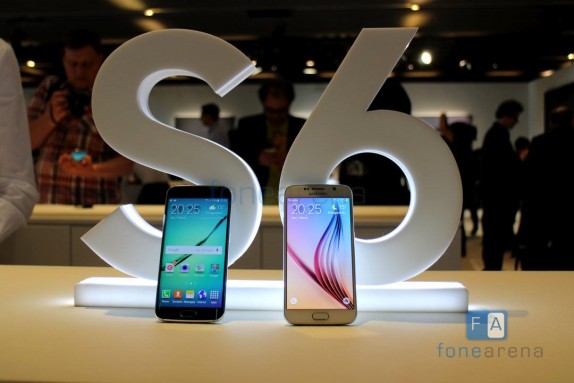 After many rumours, Samsung unveiled both the new Galaxy S6 and the dual-sided Galaxy S6 Edge back at Mobile World Congress 2015 and at the time, the Korean manufacturer confirmed that both handsets will go on sale on April 10th with pre-orders opening today (March 20th). With most networks and retailers now listing both of Samsung’s new handsets, let’s take a look at how much the Galaxy S6 and Galaxy S6 Edge will cost on pay monthly contracts in the UK.

Both the Galaxy S6 and Galaxy S6 Edge are packed to the brim with flagship specifications and sadly, the handsets cost a large amount to buy outright as well (see below). For most people in the UK considering either handset, you’re likely to end up buying it on a pay monthly contract so let’s have a look at the best offers available on the high street: 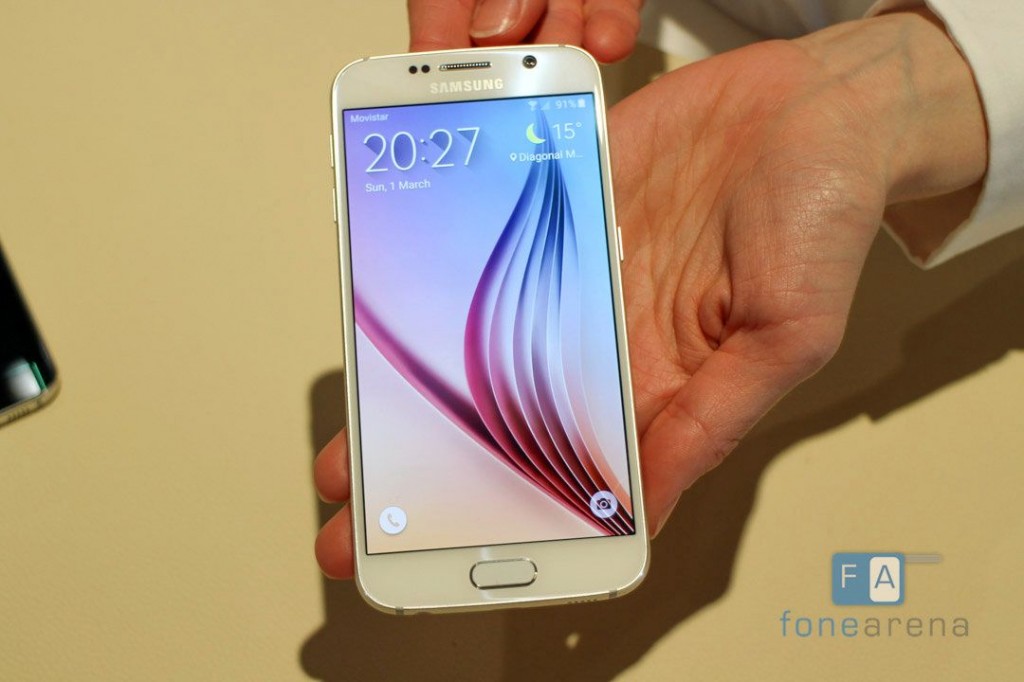 EE have the Galaxy S6 available to pre-order in Black, White or Gold with either 32GB or 64GB internal non-expandable storage. Their website doesn’t list the 128GB option so it’s unlikely they’ll be offering the largest storage option and without a microSD card slot, the storage you buy is the one you’re stuck with for the two year contract.

EE is only offering the 64GB Galaxy S6 Edge and is offering all three colours: White Pearl, Gold Platinum and Black Sapphire. EE’s recommended deal for the Galaxy S6 Edge costs £49.99 upfront and £53.49 per month but does give you 20GB 4G data each month along with all the aforementioned 4GEE Extra benefits.

It’s worth noting that with EE, you can tweak your price plan so you pay more upfront and less per month or less upfront and more per month. For more details, check out the EE Galaxy S6 and Galaxy S6 Edge pages. 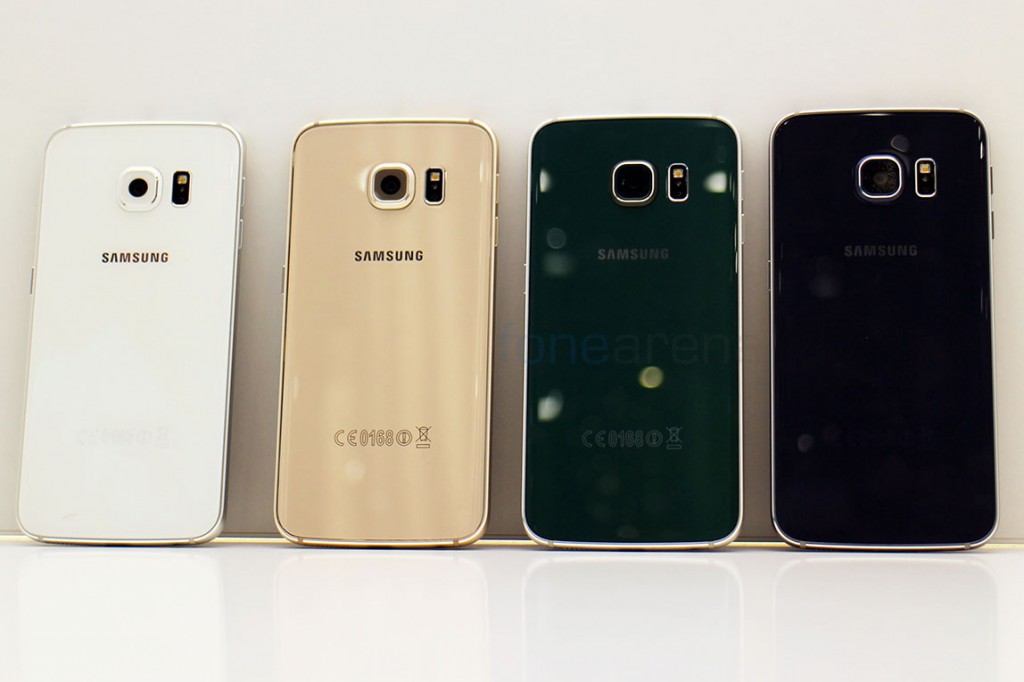 Their recommended plan for the 64GB Galaxy S6 Edge is identical to the Galaxy S6 except that it costs £53.50 per month and if you trade a handset in, they’ll discount this to £48.50 per month. It’s worth noting that all of these are two year contracts but Vodafone also offers 12 month contracts on the latest smartphones:

For all the available plans, head over to the Vodafone website (remember to choose the 4G plan type to see the plans we’ve listed).

O2 is offering both the Galaxy S6 and the Galaxy S6 Edge on its unique O2 Refresh scheme – which splits your phone and airtime into separate bills and allows you to upgrade at any time by paying off your phone – and O2 are offering a free Fitbit Charge wristband (worth up to £100) if you order either handset. The network will offer the Galaxy S6 and S6 Edge in all storage options and all colours but the storage variant and colour you choose will determine when you get the handset. Here’s their availability information for the Galaxy S6:

If you choose the Galaxy S6, the recommended deal costs £38 per month and £99.99 upfront which gives you 2GB 4G data each month along with unlimited minutes and texts. However you can tweak your monthly cost by paying more each month and less upfront or vice versa and if you need more data, there’s also plans with either 5GB or 20GB data available.

O2 is offering the Galaxy S6 Edge in Black, White or Gold with either 64GB or 128GB storage and like the Galaxy S6, the handset colour and storage you choose will determine when you get your handset. If you choose the 64GB Black or White model, you’ll get it from April 10th whilst the 64GB Gold will be delivered from May 1st. However, if you wanted the 128GB model, O2 won’t be making this available for pre-order and it seems that any stocks will be very limited.

If you want the Galaxy S6 Edge, the recommended deal costs £48 per month and £99.99 upfront which gives you 2GB 4G data each month along with unlimited minutes and texts. However, you can tweak your monthly cost by paying more each month and less upfront or vice versa and if you need more data, there’s also plans with either 5GB or 20GB data available.

TBC: Three have confirmed they’ll be offering both the Galaxy S6 and the Galaxy S6 Edge but at the time of posting, their website did not have either available for pre-order.

Carphone Warehouse is offering the Galaxy S6 in all three colours and all three storage options but will only have the 32GB Black and White available for delivery on 10th April; the remaining colours and variants are all currently showing that delivery is expected in 4-6 weeks (around the end of April, beginning of May). For all pre-orders of both the Galaxy S6 and the Galaxy S6 Edge, Carphone Warehouse is throwing in a free official Samsung wireless charger worth £39.99. 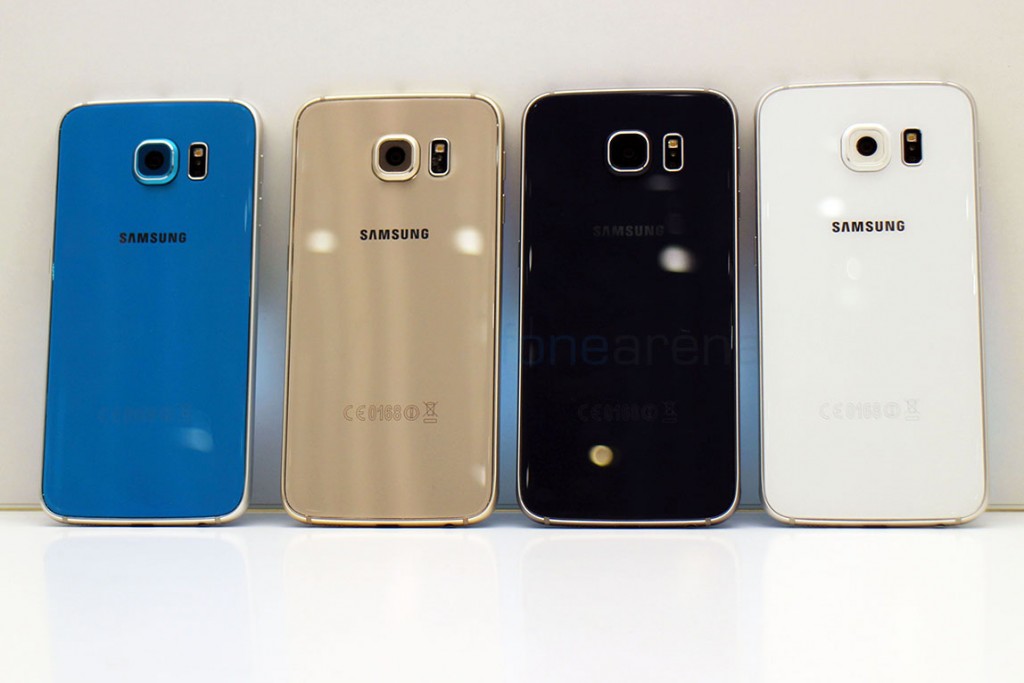 If you’re looking for the Galaxy S6 Edge, Carphone Warehouse will have the 64GB Black and White versions available on 10th April with the rest of the storage and colour options arriving in 4-6 weeks as well. The recommended S6 Edge deal on Vodafone costs £159.99 upfront and £48.50 per month for 4GB data and there’s also other plans available on all three networks. It’s worth noting that the Galaxy S6 Edge is not free on any tariff with Carphone Warehouse and on the recommended EE deal at £48.49 per month with 10GB data, there’s a lofty £259.99 upfront charge for the handset.

For all of their tariffs (or to pre-order), head over to the Carphone Warehouse Galaxy S6 and Galaxy S6 Edge pages.

To Buy Or Not To Buy?