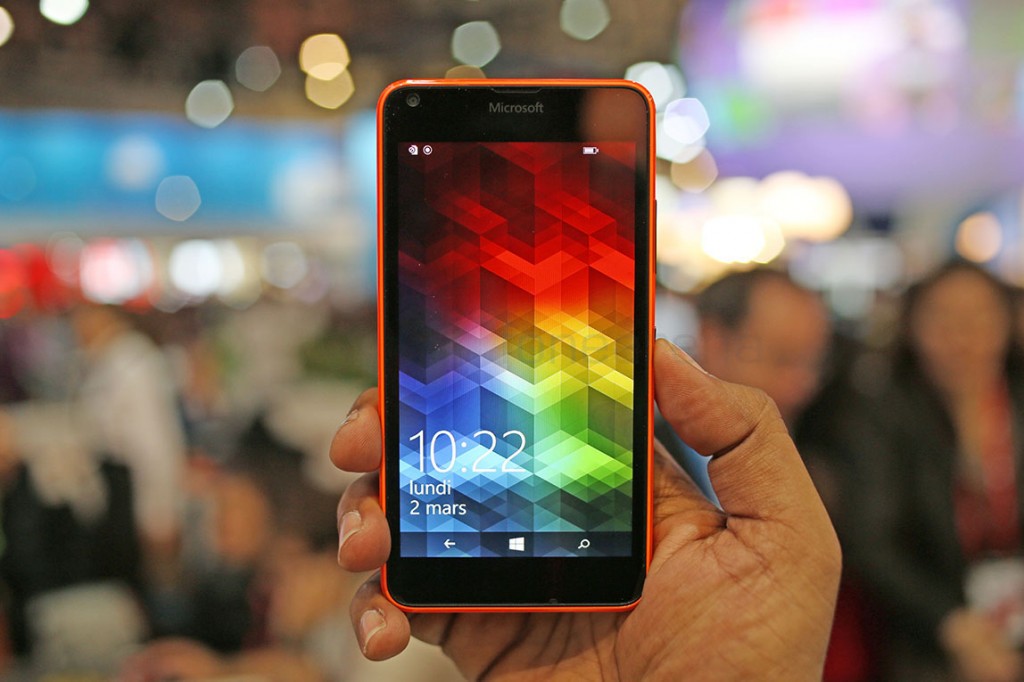 At the Mobile World Congress in Barcelona, Microsoft announced the next generation of mid range products in the form of the Lumia 640 & 640 XL. Part of the strategy to boost sales and gain consumers in the mid-range, the phones focus on providing a compelling experience with value for money specifications. We spent some time with both the devices. Here’s our hands on and first impressions of the smaller of the lot, the Lumia 640.

You’ll notice the design similarities to the Lumia 630 the moment you set sight on it and for good reason. The 640 is an evolutionary product that adds to the feature set, bumps up the specs and tries to be an overall better handset. The front of the phone has a 5 inch 720p display. We found the display to be reasonably good. Black levels are decent though not the best. We found the contrast ratio to be fairly decent though viewing angles were somewhat disappointing. The phone does not have capacitive buttons and opts for on-screen controls instead all in the name of cost savings.

The right side of the phone sports the power button and the volume rocker. This is a single button solution and seems to lack tactile feedback. The power button key on the other hand is well located and is easy to reach out to even when holding the phone in one hand. As you’d expect, the microUSB charging connector is at the bottom of the phone while the 3.5mm audio jack is at the top. All in all, a very standard layout for buttons and ports. Nothing much to comment on here. 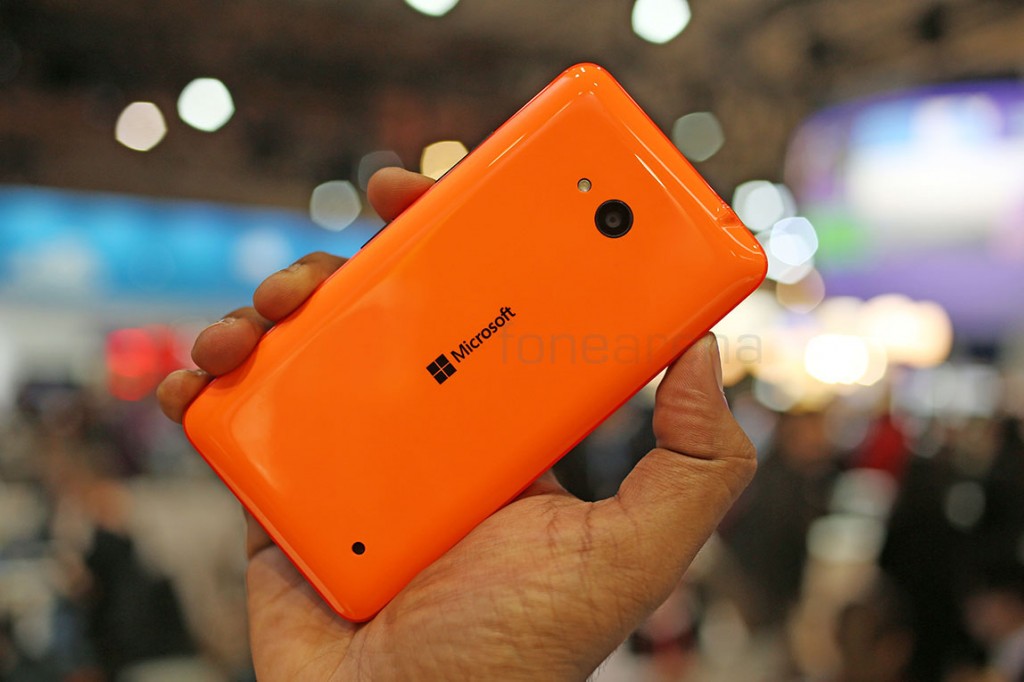 Move over to the back of the phone and you to get to perhaps the most polarizing aspect of the design. The phone carries the same DualShot finish that erstwhile Nokia has used in a range of products. This involves including a clear layer on top of the regular glossy plastic. Somewhat subdued, the finish makes the Lumia 640 an absolute fingerprint magnet. It looks really nice for sure but we feel that Microsoft opted for form over function in this case as keeping the rear panel smudge free is nigh impossible. Yes, the panel is removable and you can get in there to access the 2,500 mAh battery as well as the dual SIM card slots. The micro SD card slot is also in there. 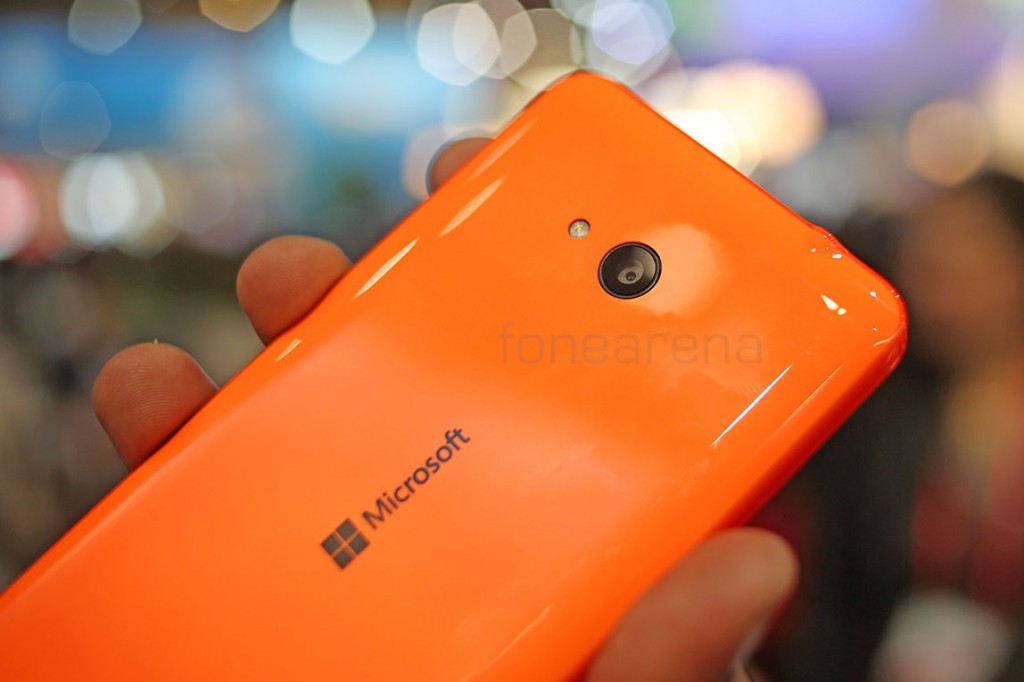 Microsoft has downplayed the camera capabilities of the Lumia 640 and the rather average 8MP auto focus capable shooter might be the  reason behind it. The front facing camera can shoot HD video but is rather unremarkable. It would be unfair of us to pass judgement on the camera capabilities from the confines of the showfloor so we’ll wait till we get our paws on the retail unit. 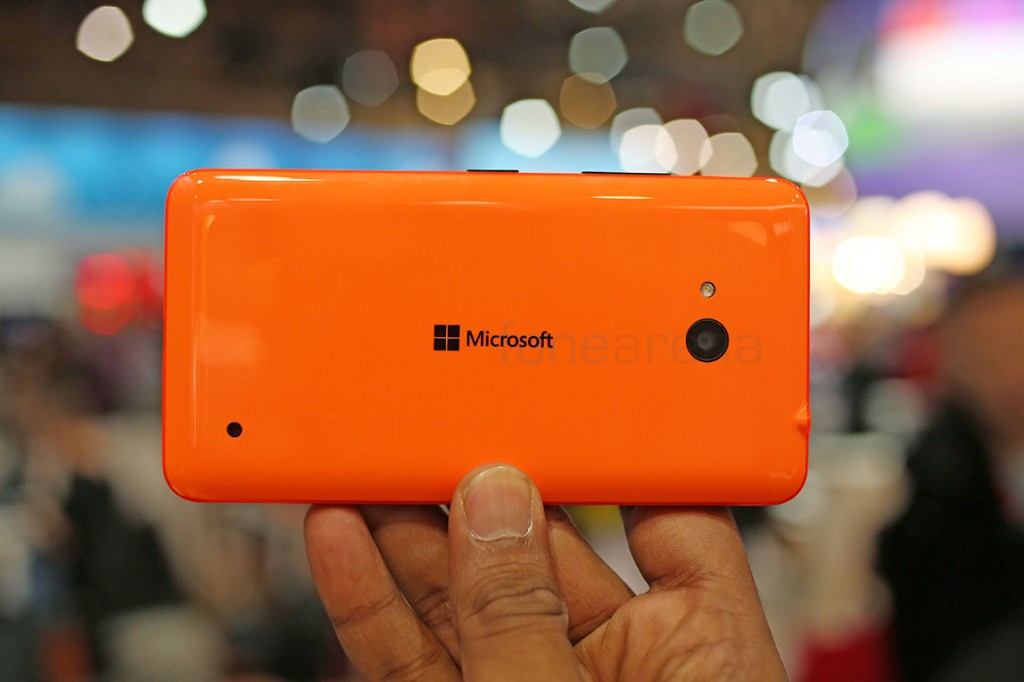 Windows Phone has traditionally been very well optimized for low end hardware and the Lumia 640 is no different. The handset remains slick and smooth with just a few rough edges on occasion that we can attribute to the prototype nature of the device we tested out. The Lumia 640 is powered by a Snapdragon 400 processor clocked at 1.2Ghz, this is paired with 1GB of RAM and 8GB of built in storage. As we mentioned earlier, there’s a microSD slot of course to augment that relatively minimal internal storage. You’ll also be able to swap out that 2,500 mAh battery by removing the back cover. 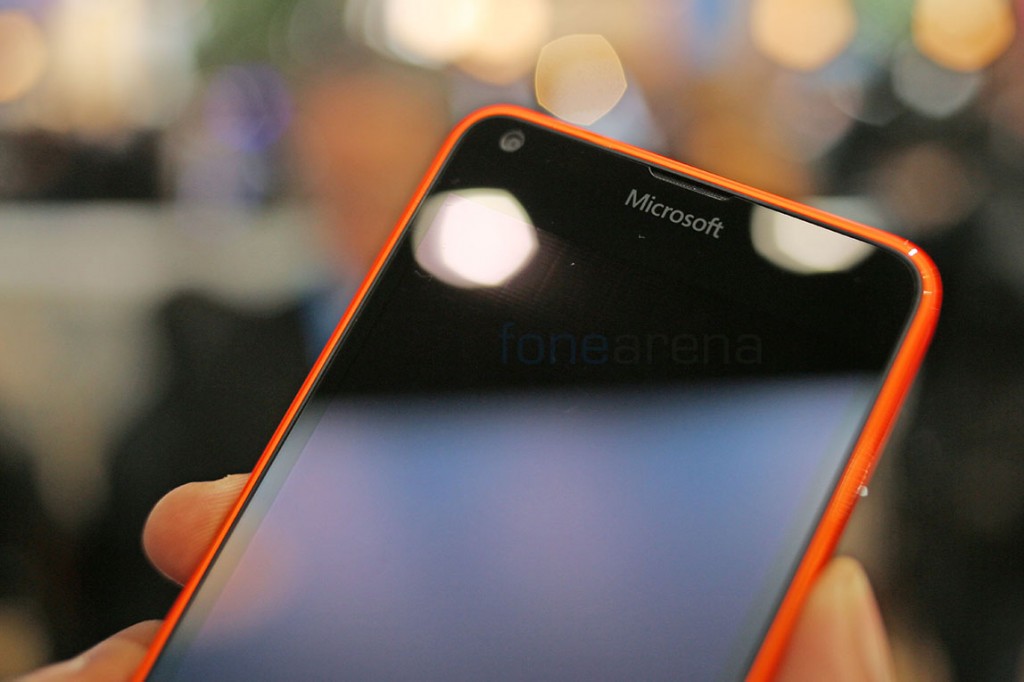 Over all the Microsoft Lumia 640 left us fairly impressed by the general user experience of the handset. There’s nothing that’ll wow you for sure but if all you’re looking for is a well performing, value for money mid range handset, then the Lumia 640 should prove to be a safe bet. And since it’ll be getting the Windows 10 update, you can be assured of an upgrade path which is something you really can’t hope for in budget Android devices for the most part. The Lumia 640 is priced at 139 Euros for the 3G variant and 159 Euros for the LTE variant.