Sony may not be announcing the Xperia Z4 at the MWC next month, but a recent leak of screenshots has shown the UI of the Xperia Z4 dual. As per the leak the phone is running on Android 5.0 Lollipop. 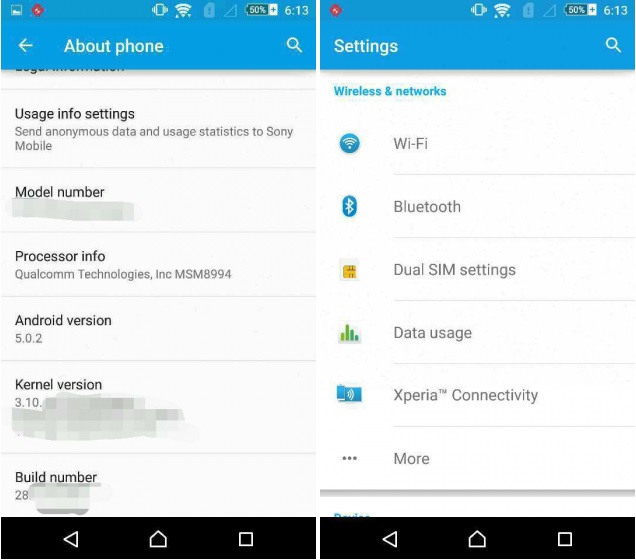 The screenshots of the phone show that the Xperia Z4 dual will run the Qualcomm MSM8994 Snapdragon 810 chipset. Material Design elements and features are seen in the screenshot of the phone like settings menu,  dialer and the clock app. In addition, the screenshots also suggests that Sony will use a kernel version beginning with “3.10”, whilst the software build number will start with “28”.