Xiaomi has surpassed Samsung as the largest smartphone maker in China, as per a latest report from IDC. The Chinese smartphone maker reported a market share of 12.5% in 2014, overtaking Samsung which stood at 12.1%. 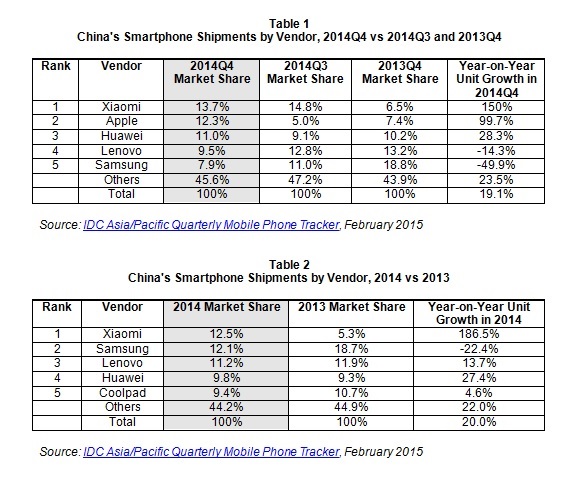 Meanwhile, Apple did not even made it to the top 5 smartphone vendors in China. As per the report, smartphone shipments for China by all vendors reached 420.7 million units in 2014. Xiaomi is also betting strong on emerging markets especially India. The Chinese smartphone maker secured $1 billion funding in December bringing its valuation to $45 billion. Last week, Xiaomi announced that it will foray into the U.S with accessories and not smartphones.